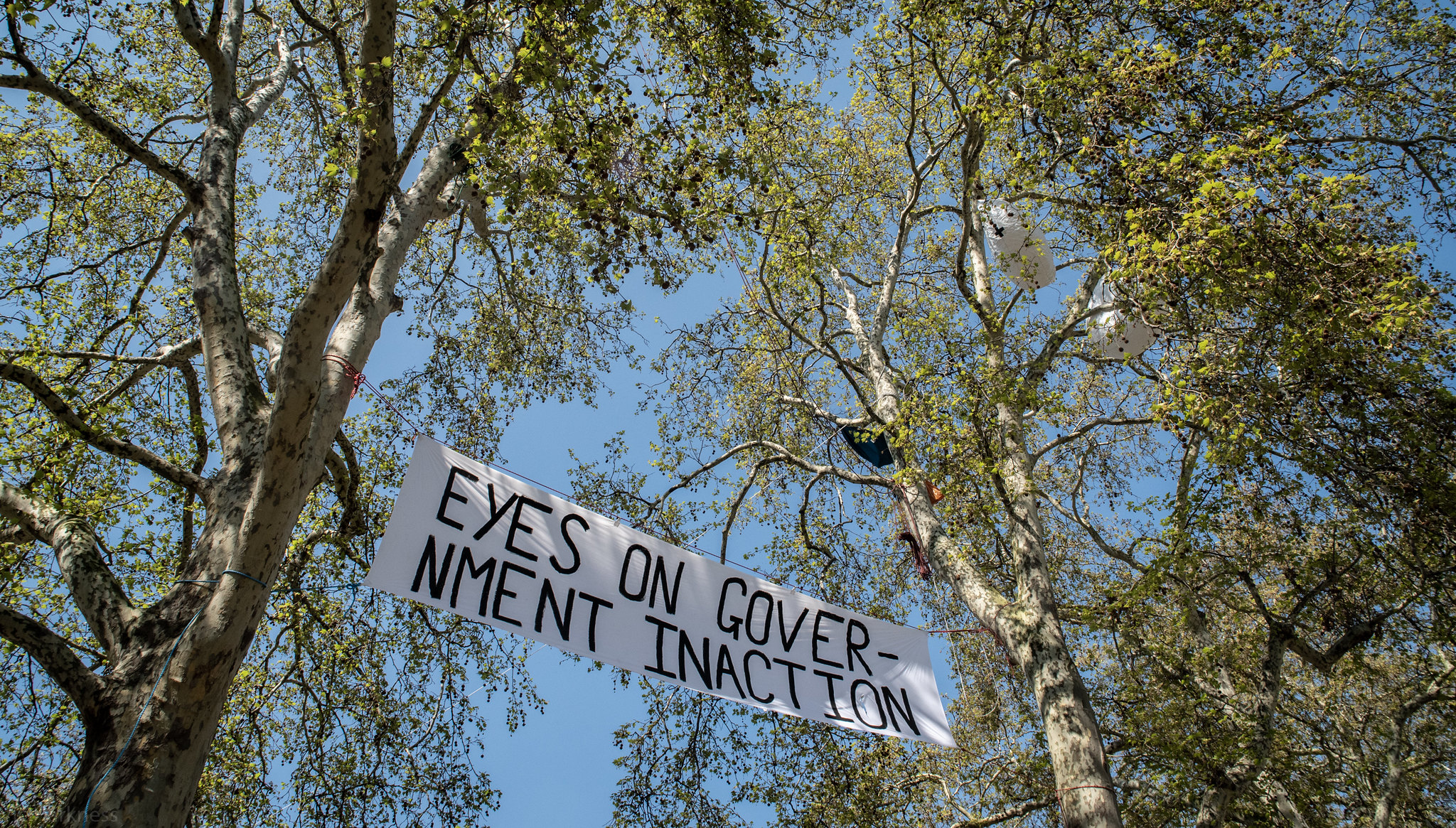 In London last week, the Extinction Rebellion protests were in full swing. I ended up doing a bit of a tour of them, so check out my other posts!

One of the spots I visited was Parliament Square. Here there were also some pro-Brexit protesters, which I have written about in another post.

The Parliament Square protests were fairly similar to the others seen around the city; banners were hung, tents were erected, faces were painted. 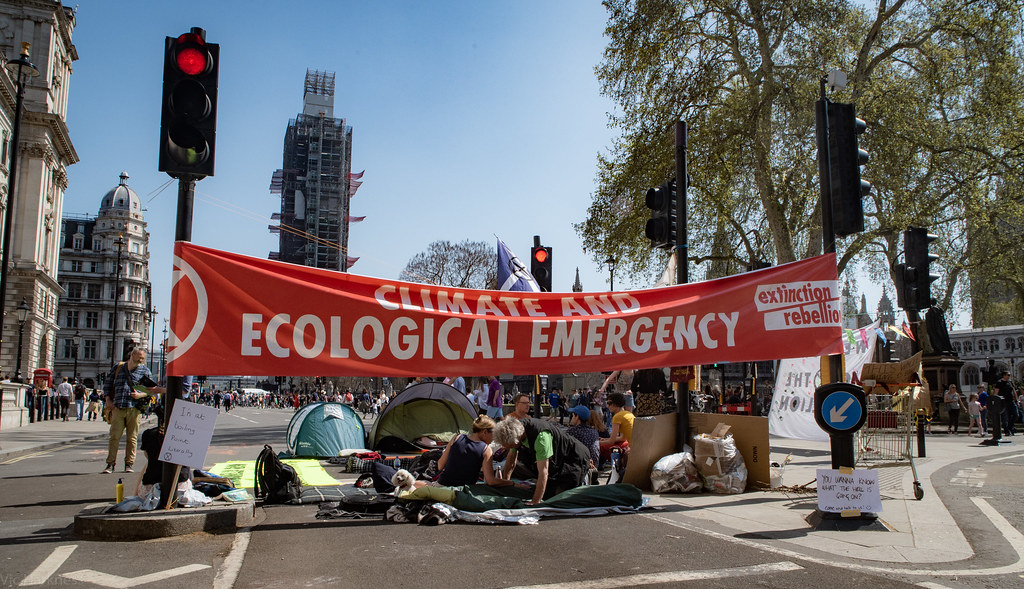 The one key difference for this location was that it had trees. Full advantage of this fact was being taken. 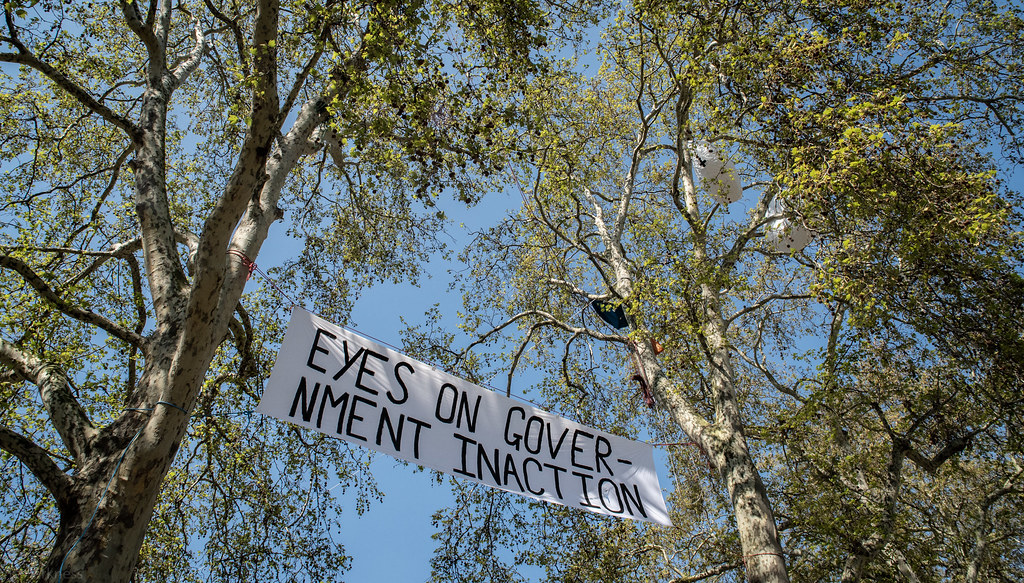 If you look closely, you will notice that there isn’t just a banner- there are also people in the trees! 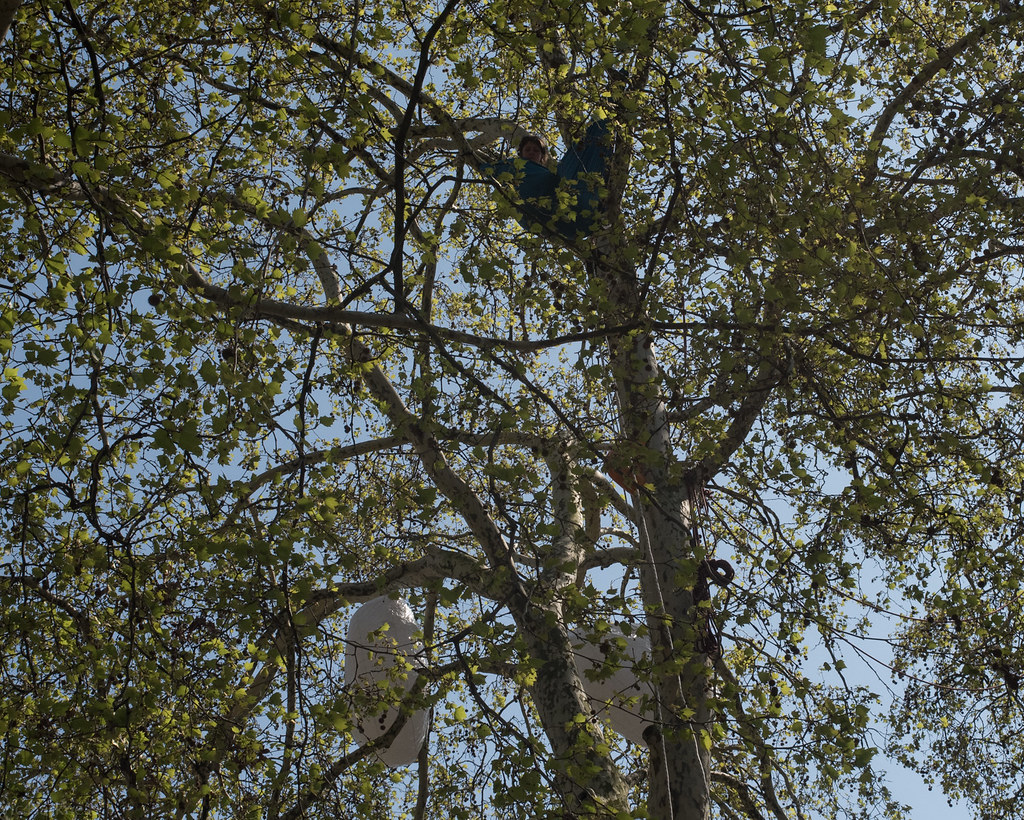 This seemed to have been a recent development when I arrived. The police were just then setting up a perimeter below the trees. 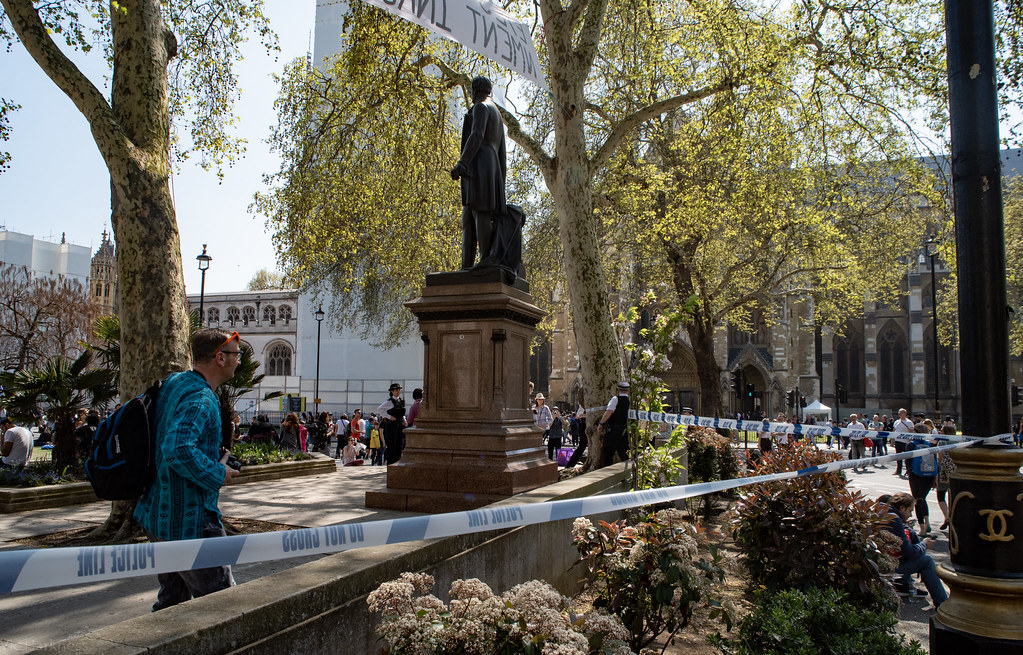 The people in the trees hung over Parliament Square’s Sir Robert Peel Statue. Sir Robert Peel, prime minister of the UK for two terms in the mid 1800s, is considered to be the father of modern policing after he founded the Metropolitan Police Service during one of his terms. The irony appeared to be lost on all involved. 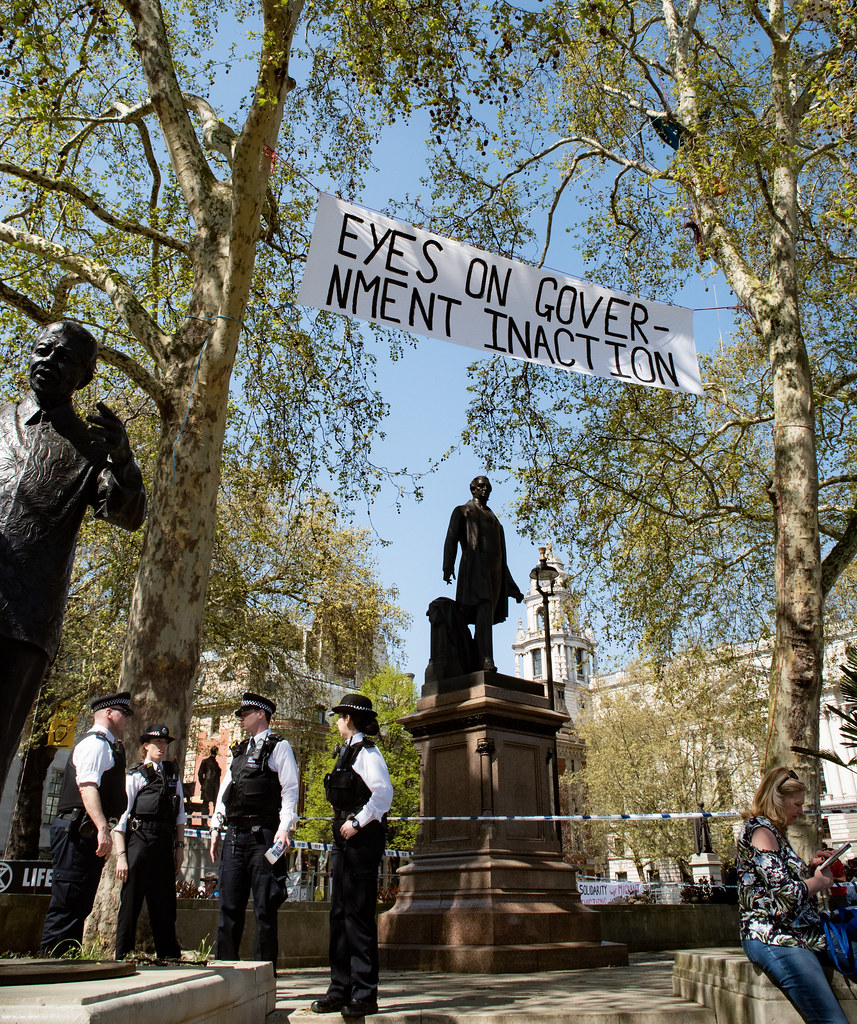 Due to the need for a cherry picker to get people out of the trees, they were able to spend nearly a week up there. At the time of writing (a week after I visited), most of the protests have ended. No blockades remain, the remaining fractures enclaves have long given up on being disruptive. All that remains is their graffiti, which can be seen in other posts.

Within the Parliament Square groups, the “we’re all going to die” angle was really hammed up.

Plastic skeletons were dotted around the area (a protest was enacted by Extinction Rebellion at the Natural History Museum two days later, lying down under the famously huge blue whale skeleton). Here, there was even a David Attenborough cut-out! 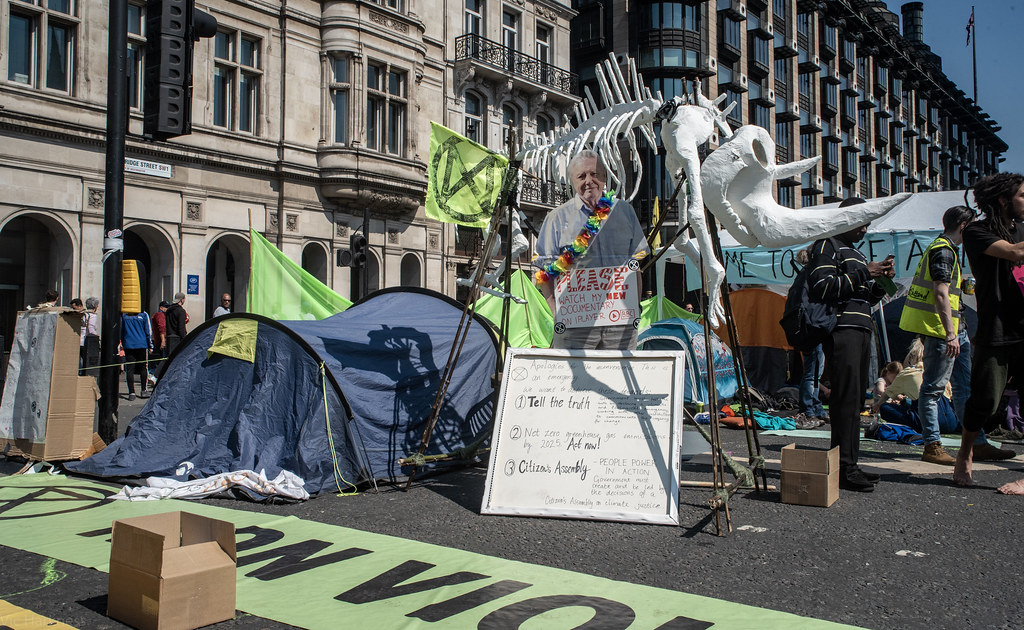 As with the Oxford Circus protests, everything was fairly sedate here. Educational literature was handed out, and the group had a first aid/support tent. Another interesting spot to have visited!