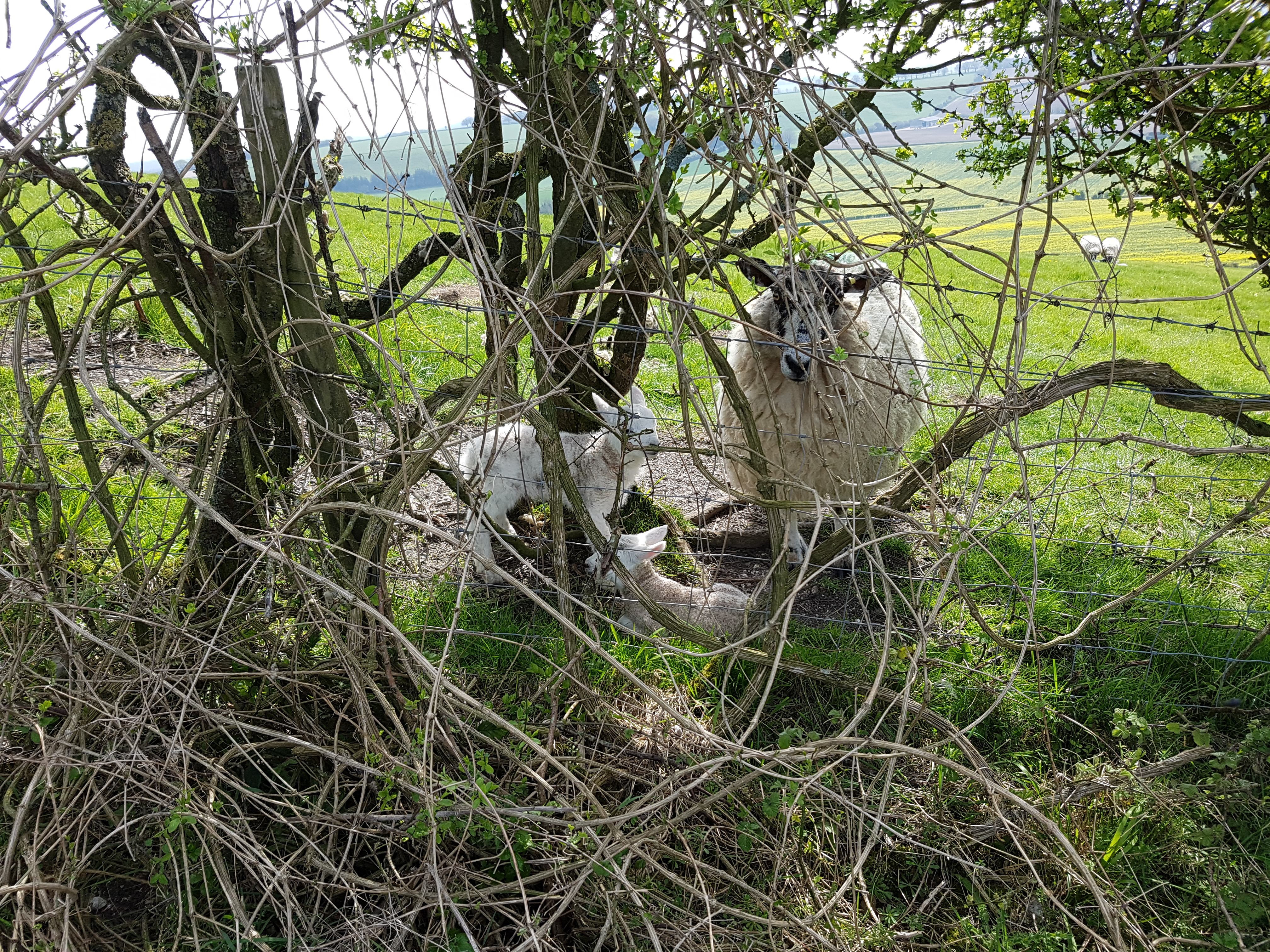 Walking the Old Winchester Hill and beyond

Over the bank holiday weekend, I decided to try and get a bit of walking done. When I go for walks I tend to make up routes as I go along, but I wanted to try a “real” route this time. As I don’t own any OS maps and using Google Maps satellite view only goes so far, I turned to the internet. I came across a website called Walking Britain, which provides curated walks based on area. A little search on here and I found a good candidate: https://www.walkingbritain.co.uk/walk-1034-introduction. This 10.5 mile route took us in a loop, making it convenient for parking. The route was lovely and I’d definitely recommend it- there were some great views!

First up, the route took us up Beacon Hill, with views of the rolling countryside. 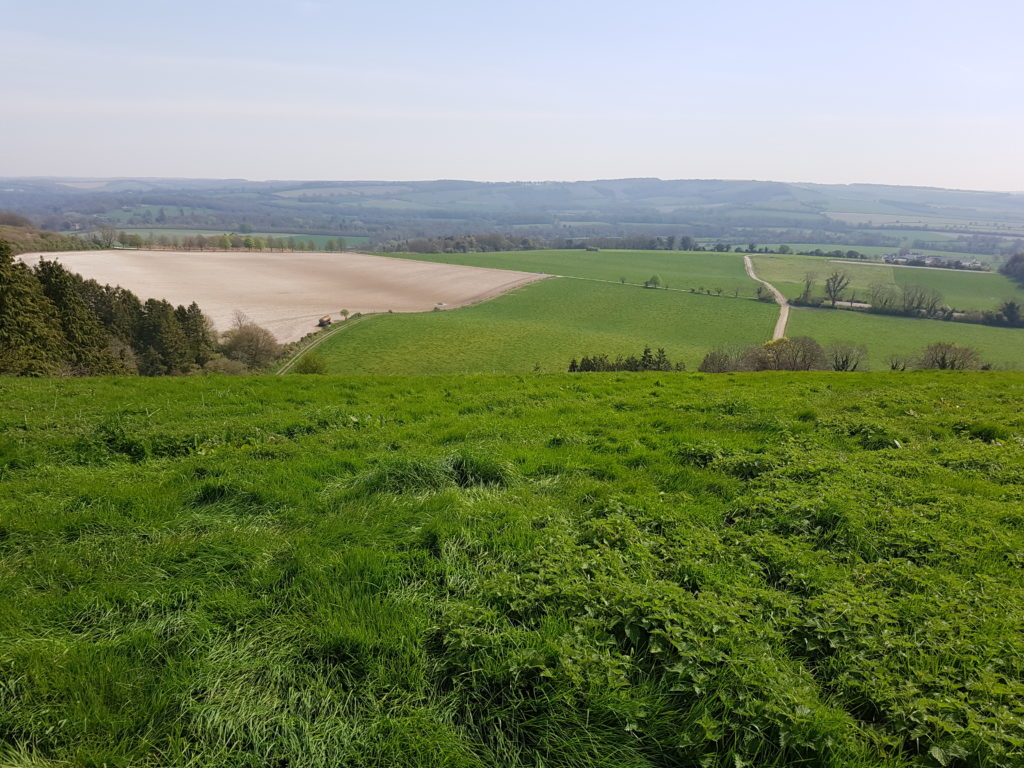 From here we walked down to the village of Exton, past a church. 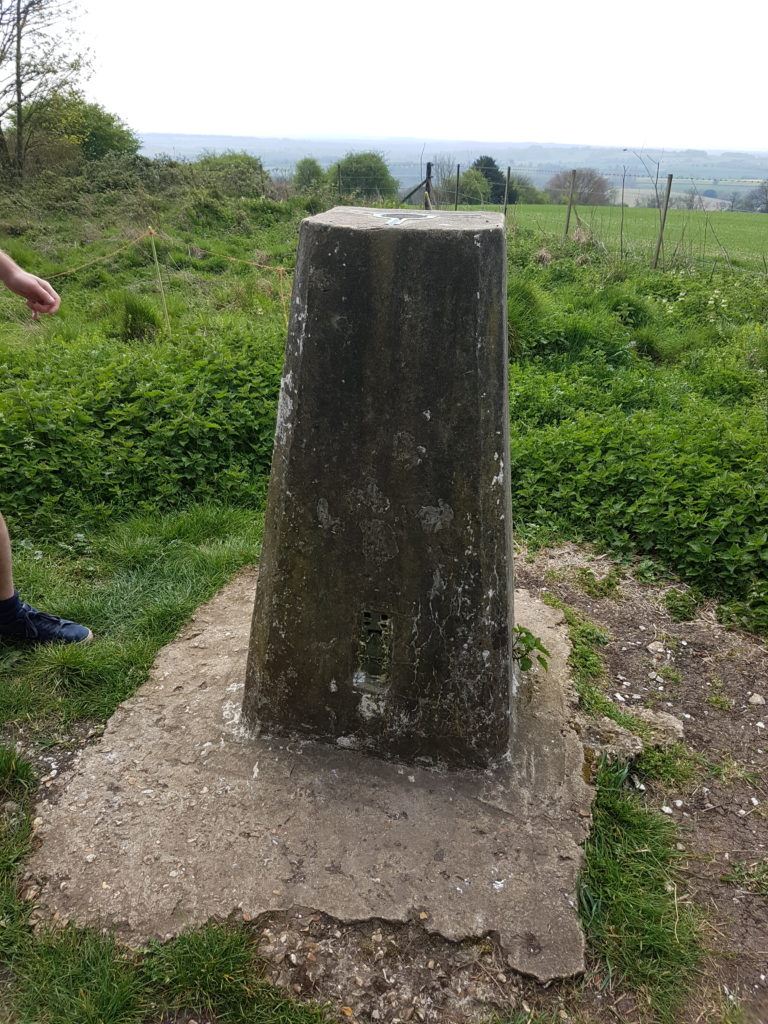 Next up we went along South Downs Way, which took us alongside an old railway bridge over a stream. 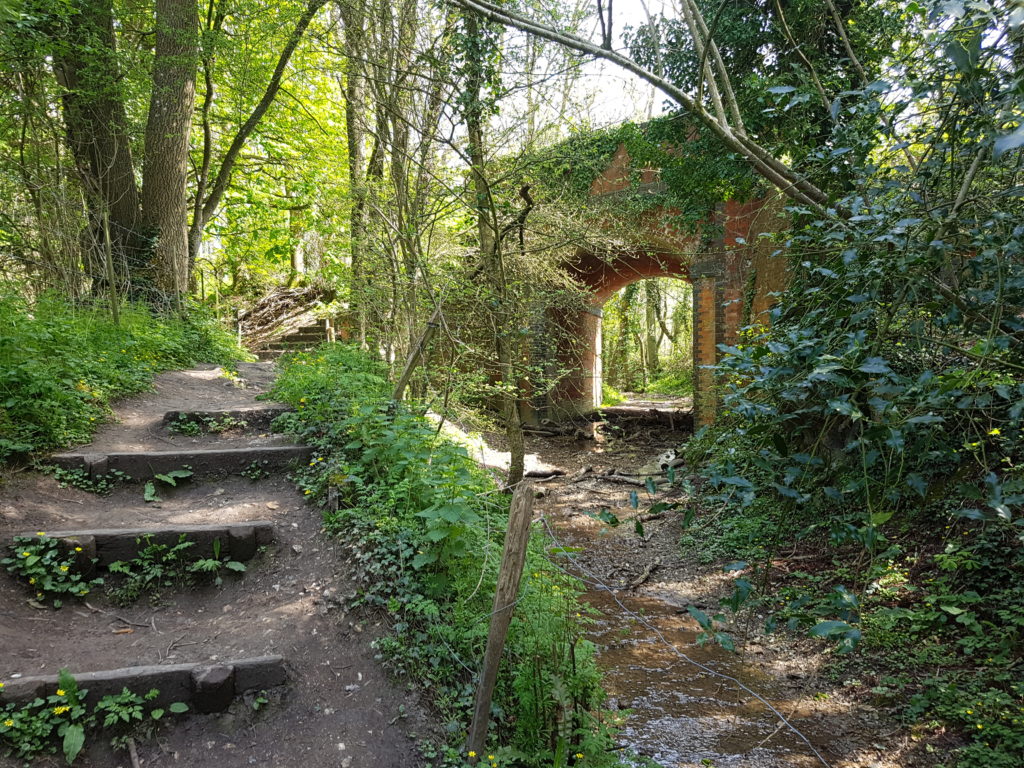 From here it was up the side of Old Winchester Hill. 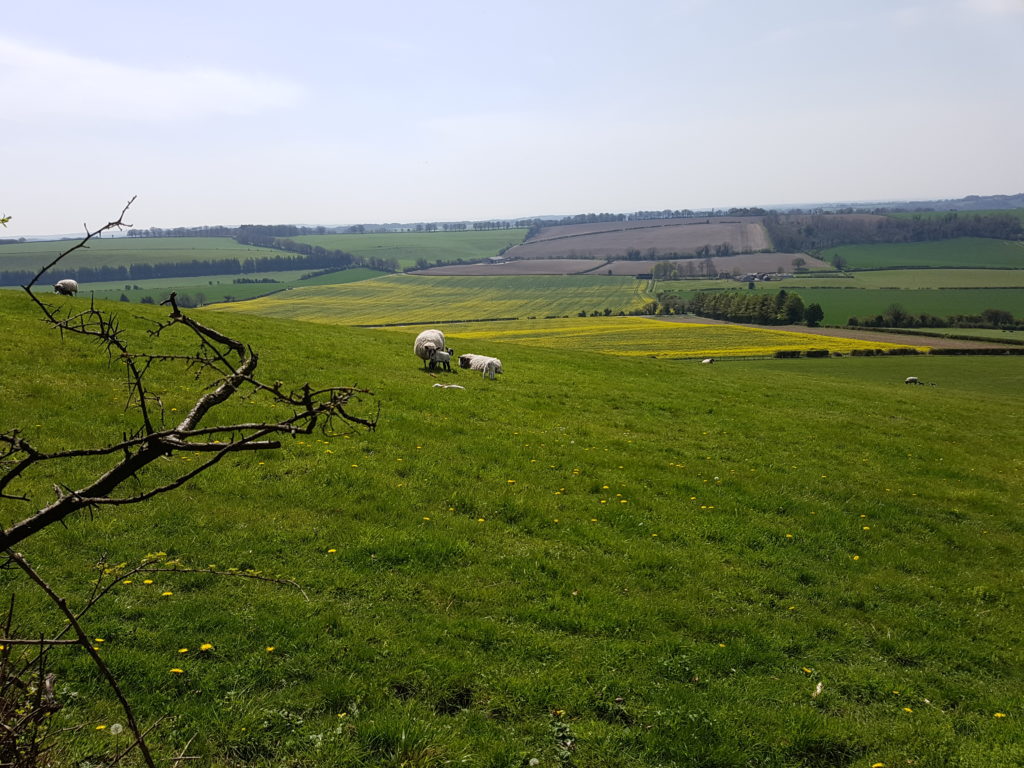 Being early spring there were plenty of lambs around, some right by the footpath to try and find shade. 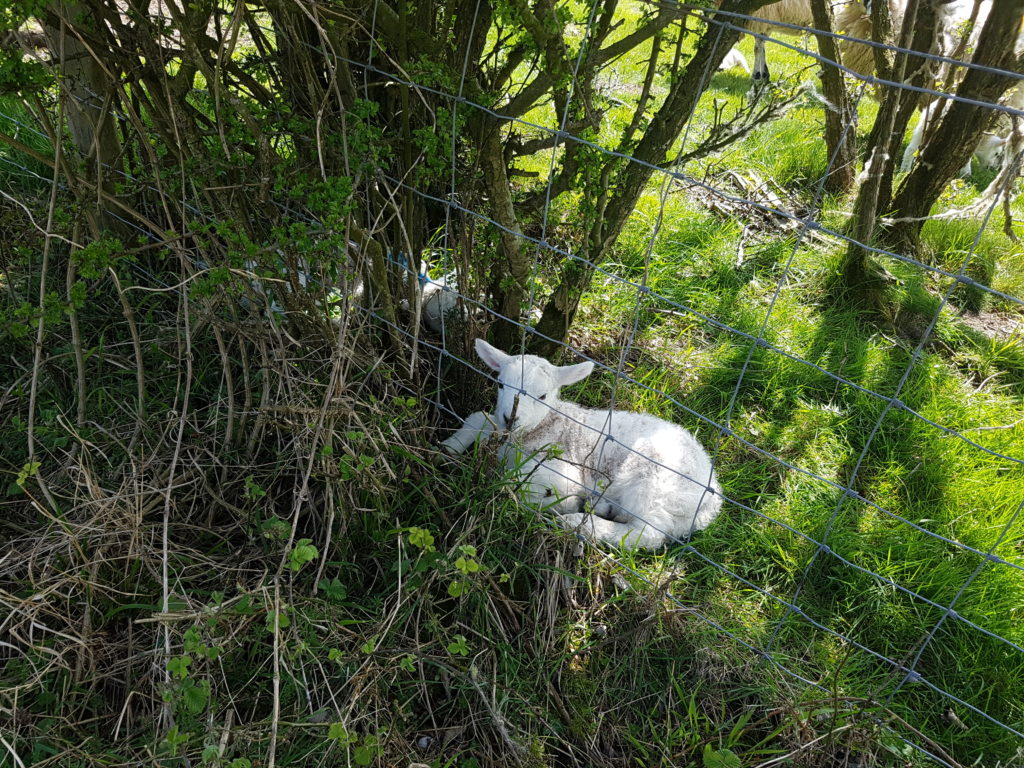 The top of Old Winchester Hill provided us with a good place to spot for lunch (about an hour and a half in to the walk). There were nice countryside views to enjoy, and a lot of paragliders dotted around on the opposite side to where we sat. 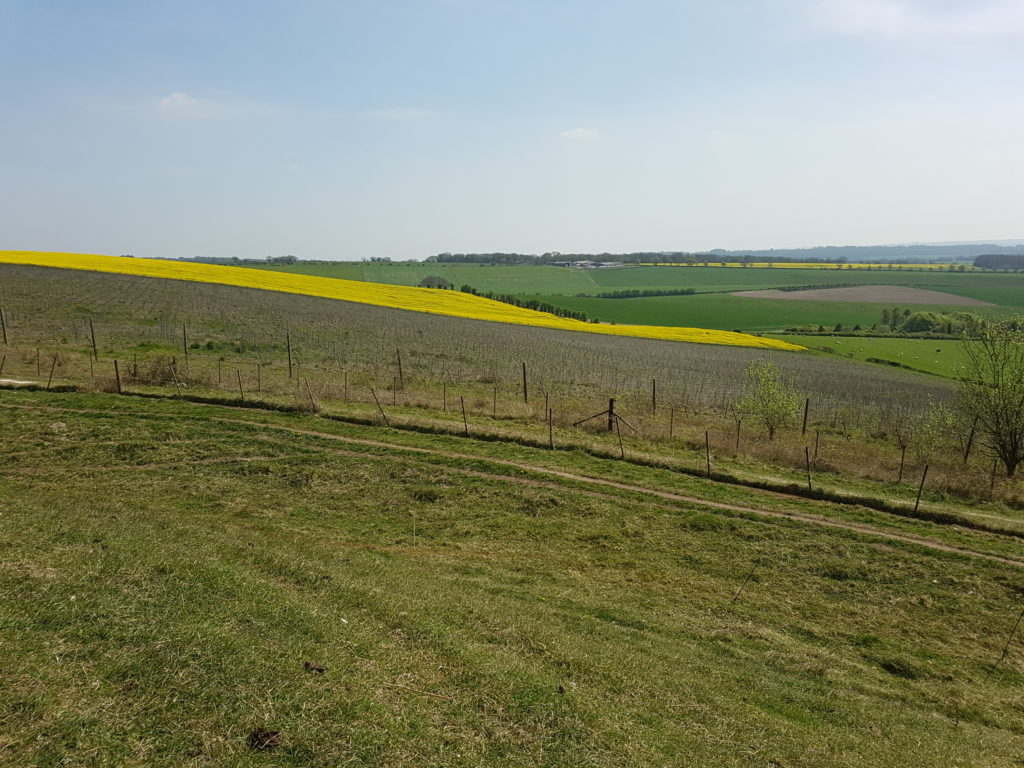 Some remanents of a hill fort can be seen on the hill; ridges in the earth, and small lumps. 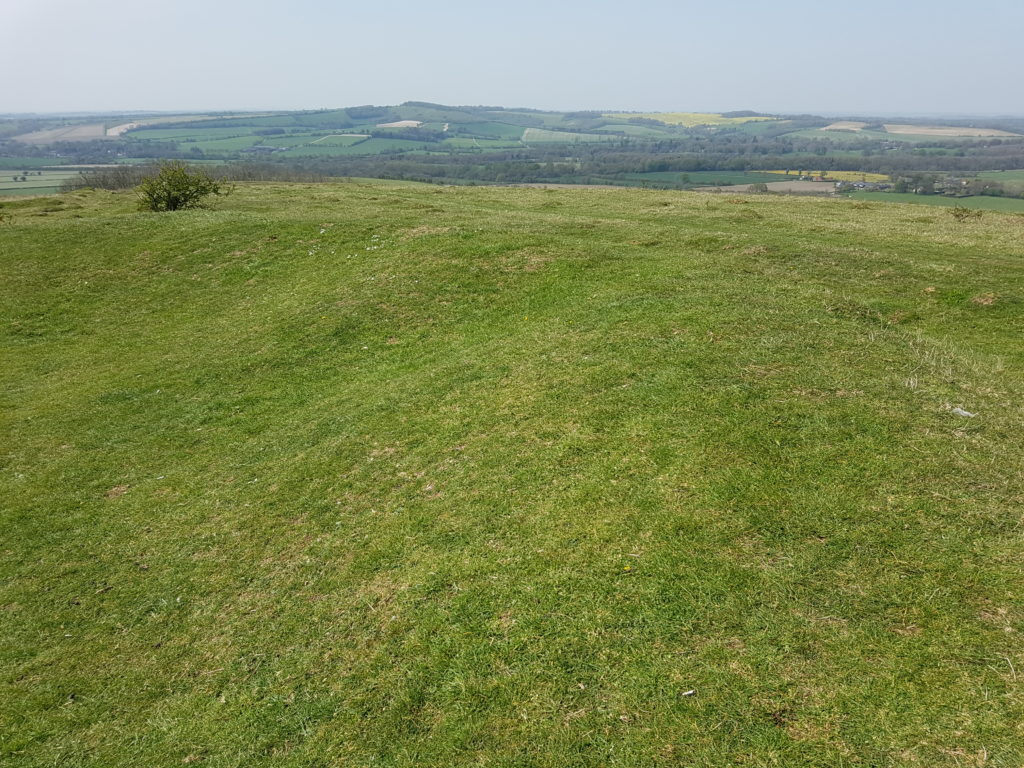 From here it was back down the hillside until we reached Monarch’s Way. 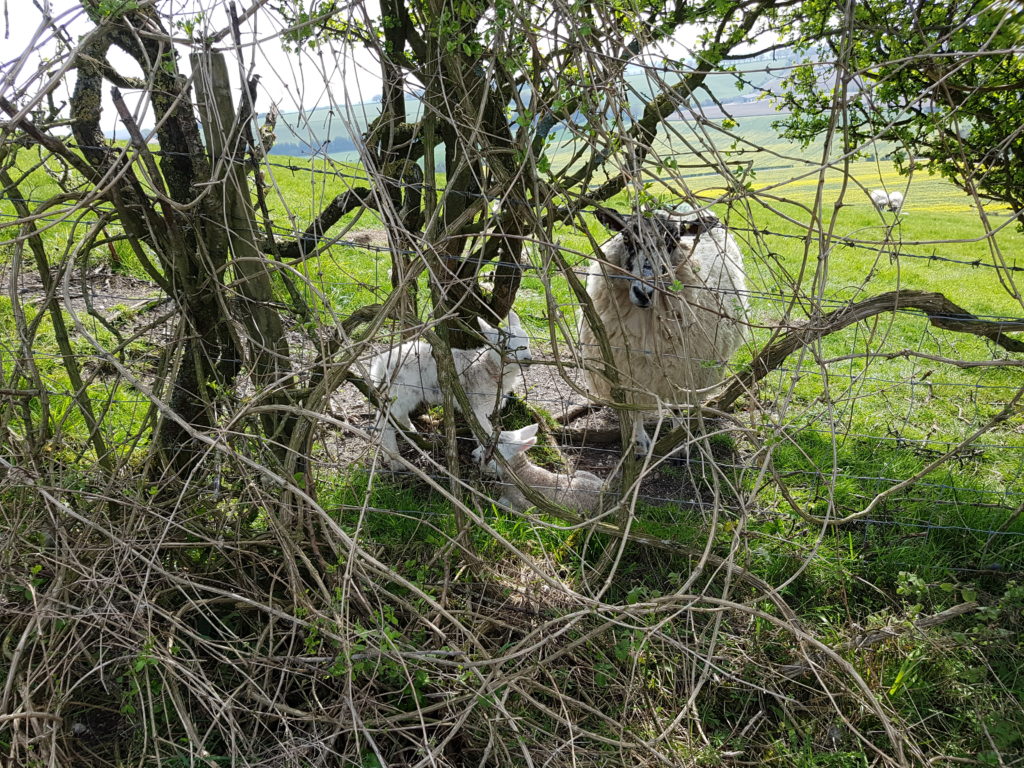 This took us past Peake Farm, along a lane which passed a beautiful pasture which looked to be used for horse training. 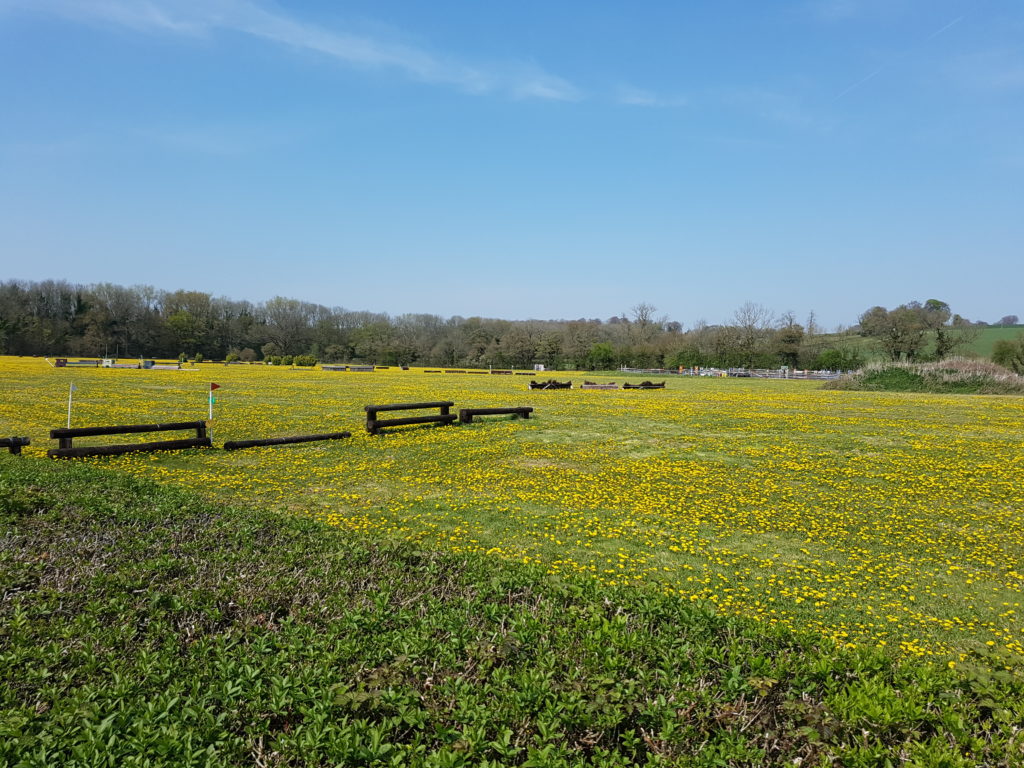 From here we continued along Hayden Lane, until we reached a railway bridge. Here the route joined up with the disused railway trackbed which is now known as the Meon Valley Trail. This route itself was quite scenic. 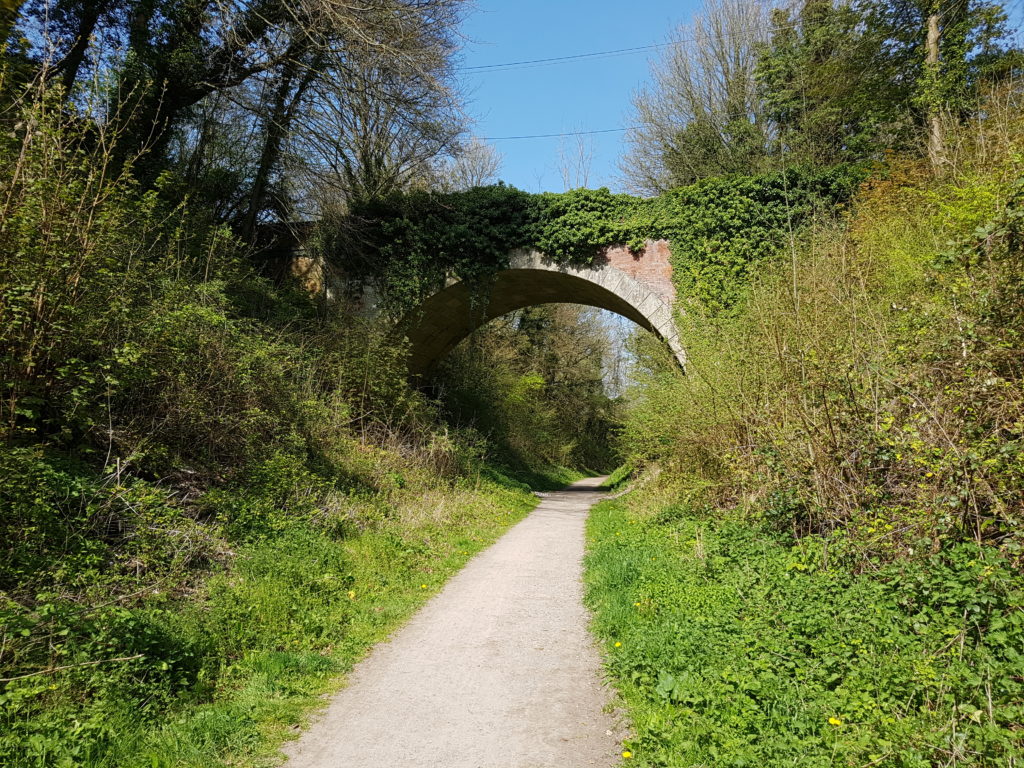 Though I’m not sure I’d want to live in this house overlooking it! 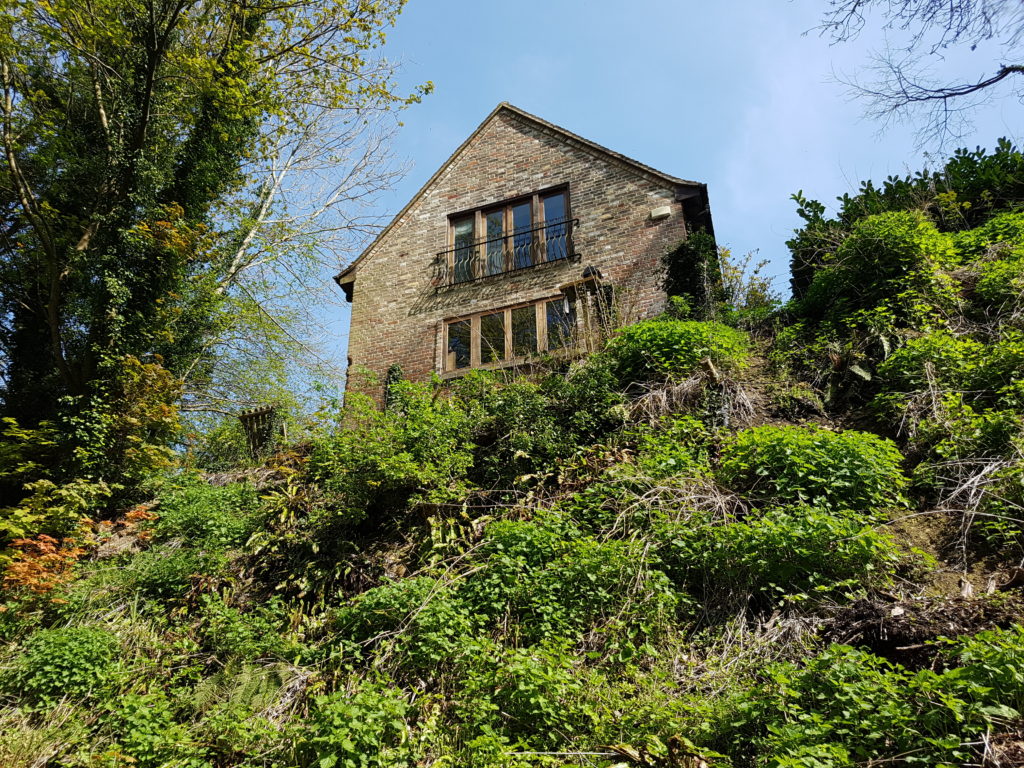 This path took us to the village of West Meon, where we stopped at a pub called The Thomas Lord for a drink and some snacks (we got there at about 3:30pm and the kitchen had closed by then, so just bar nuts for us!) I was quite interested to see that the village sports one of the newly converted red phone boxes, retrofitted to contain defibrillators. Perhaps they have an issue with unfit walkers making it to the village? 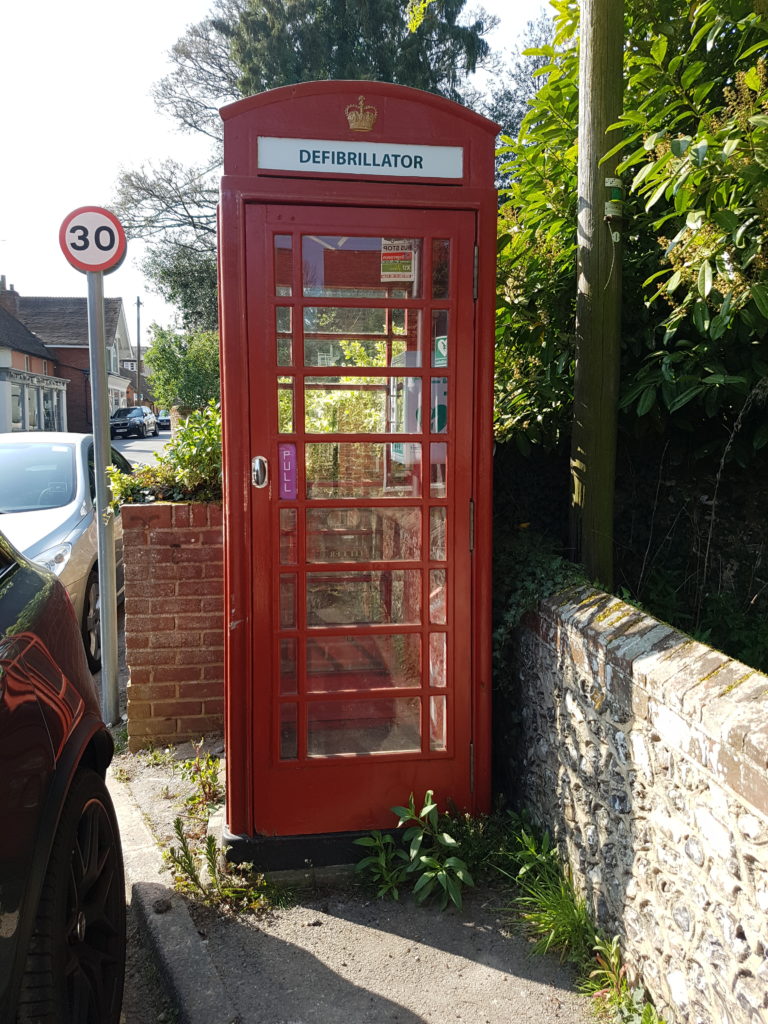 West Meon also has a small church, which our route took us through the graveyard of. 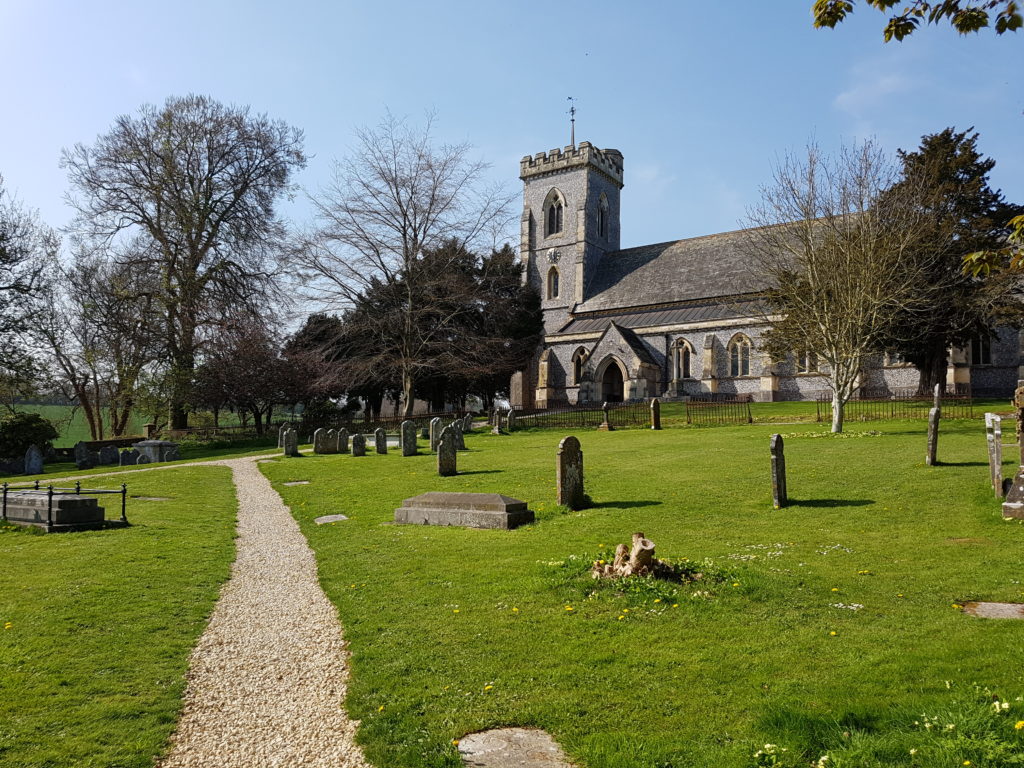 The route took us across several fields from here, through the village of Warnford (walking parallel to the A32). This route took us past several watercress plantations, which is not something I’d ever really thought about being farmed. 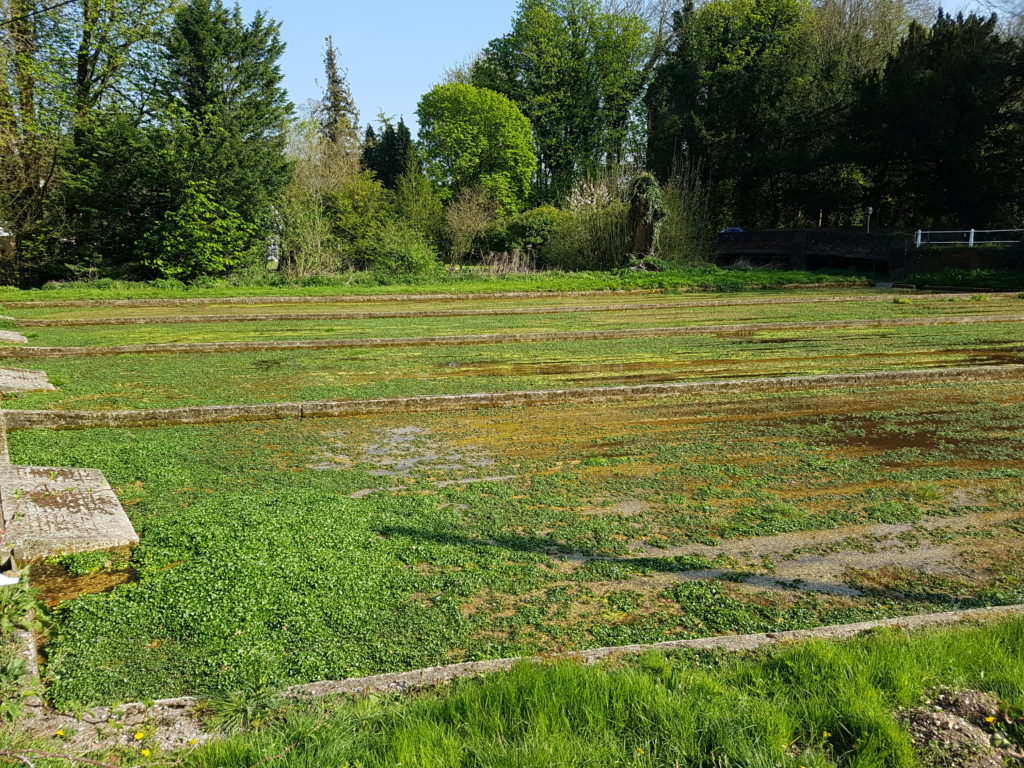 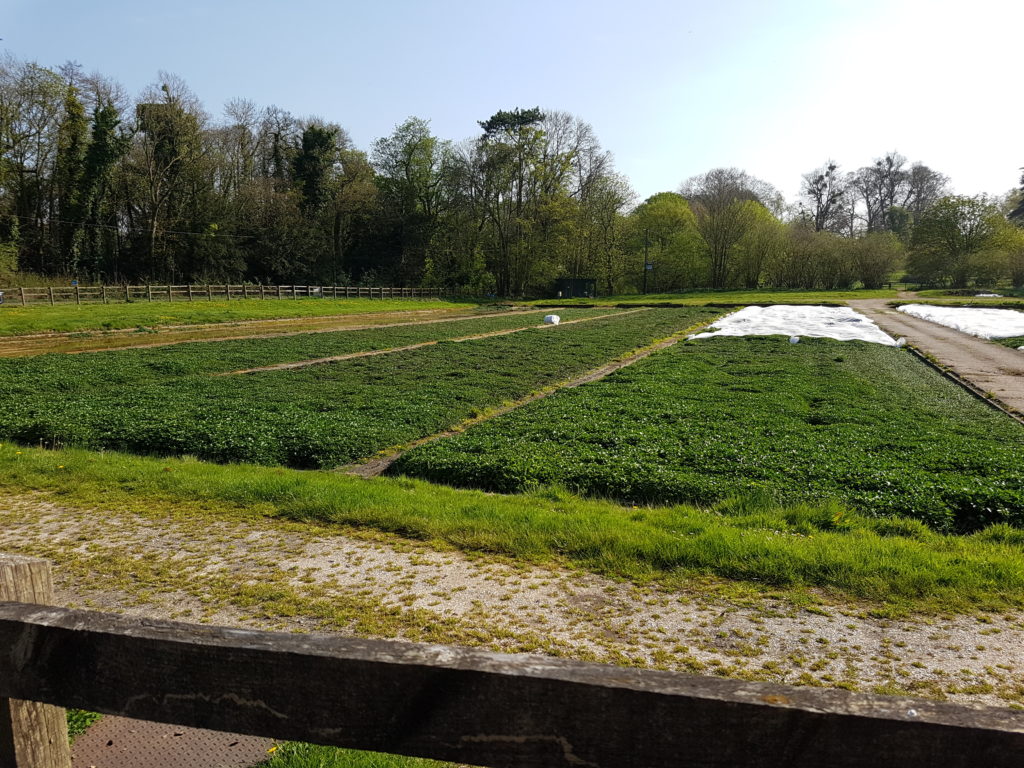 One of the directions from the website caused us confusion around this point. It said to walk until we see the forge. What exactly does a forge look like? As it turns out, it was easy to spot. 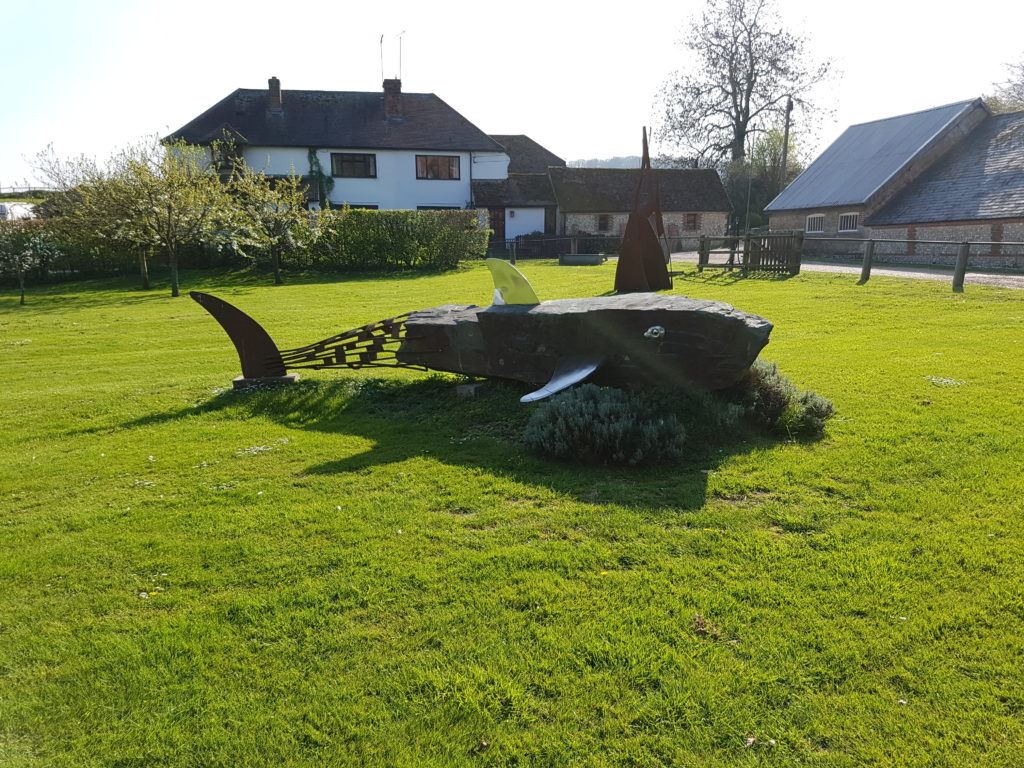 Various pieces of metalwork marked the location of the forge. From here, we walked up towards Beacon Hill, on the home stretch towards the starting carpark. 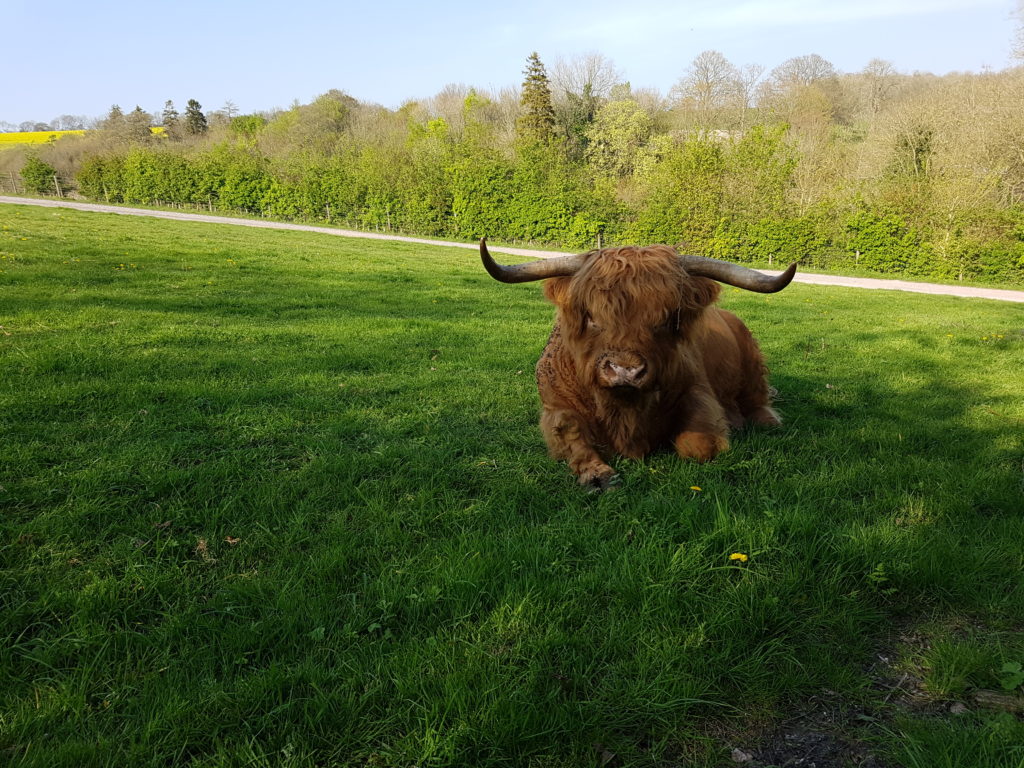 There were, again, nice views on this last piece of walking. 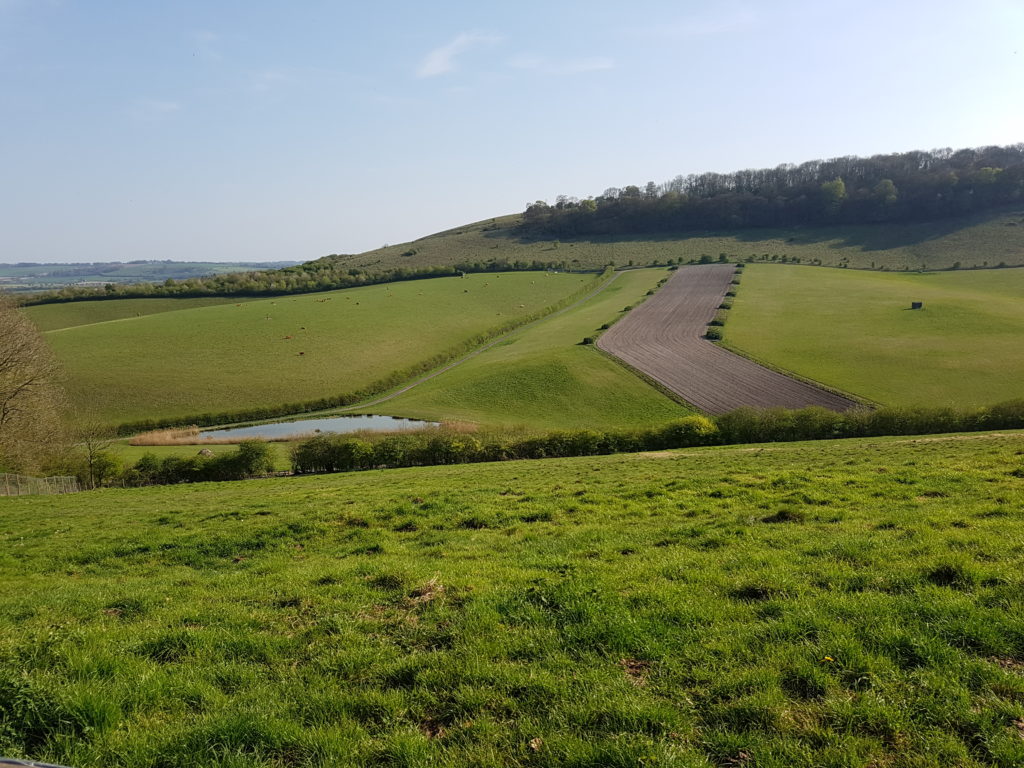 Walk complete! I’d recommend finding walks on this site. The directions are pretty good, being more waypoint based rather than the “walk 500 yards” style of direction that I’ve seen on other websites. This route was a pretty good one too, though a bit hard work towards the end. I took 1 litre of water with me and was very keen to refill when we got to the pub, so I think in future I’ll certainly be looking for walking routes that feature somewhere to stop off and refuel!