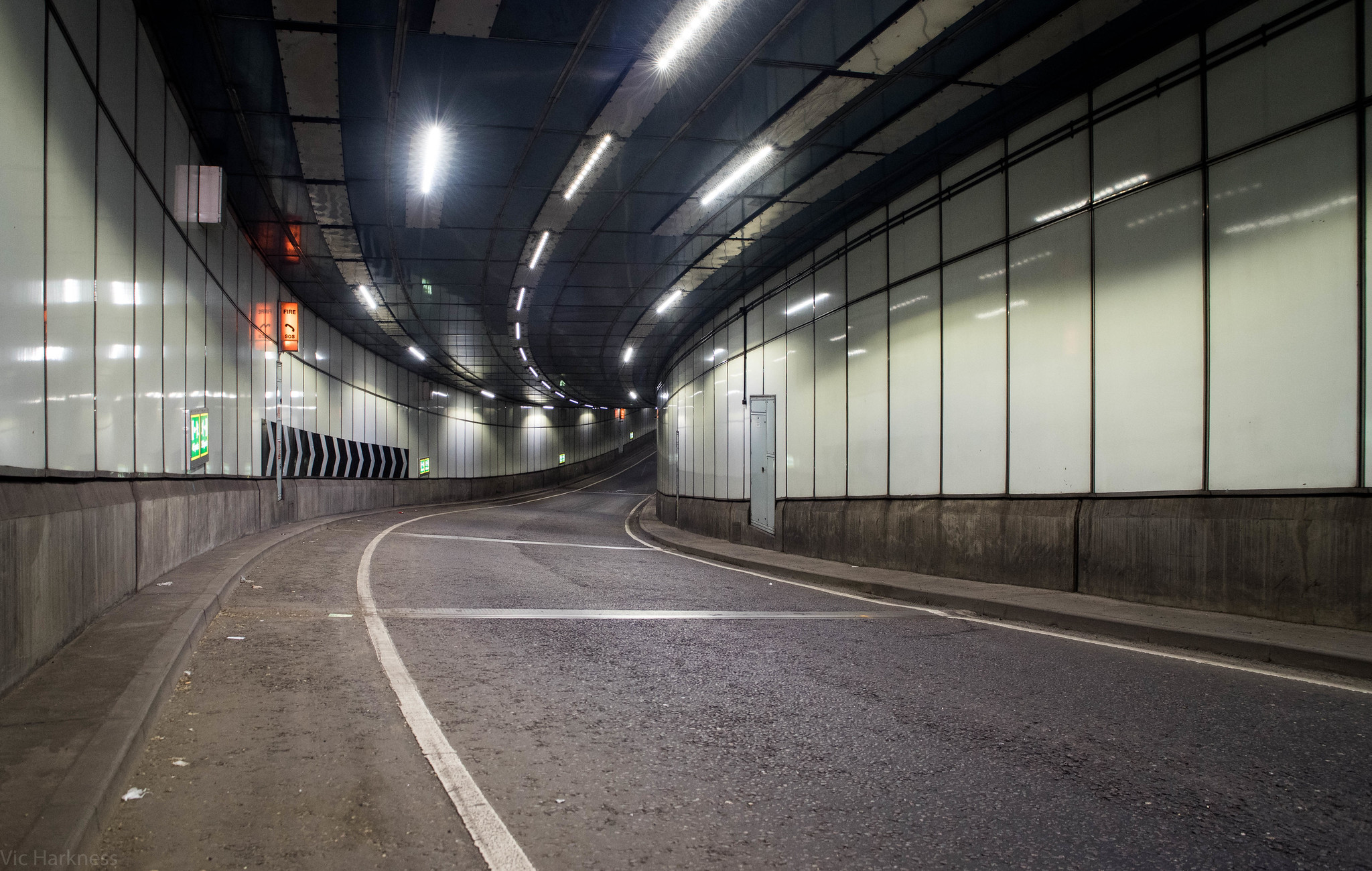 I had an appointment fairly early in London on Saturday, so I decided to go check out the protesters again. One of the main protest areas for the Extinction Rebellion group, as I’ve mentioned before, was Waterloo Bridge. A friend had pointed out to me however that as Waterloo Bridge is shut, so is the Strand Underpass. This underpass is one-way, with entrance gained via Waterloo Bridge (hence the closure). The end pops out in Kingsway, outside of the barricades.

I went for a wander, and noticed that there was no-one near the entrance to the underpass; no police stopping people from entering. So, I went in!

Evidentially I wasn’t the first, since there were bits and pieces of graffiti down there (as well as some broken bottles). 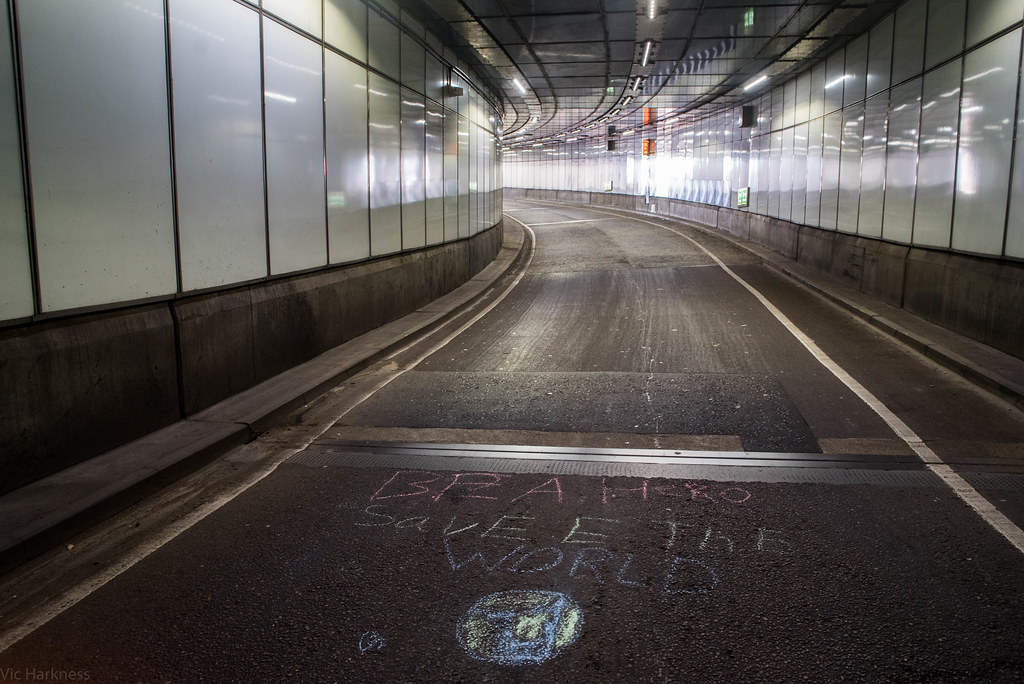 Walking along the tunnels was pretty novel though. 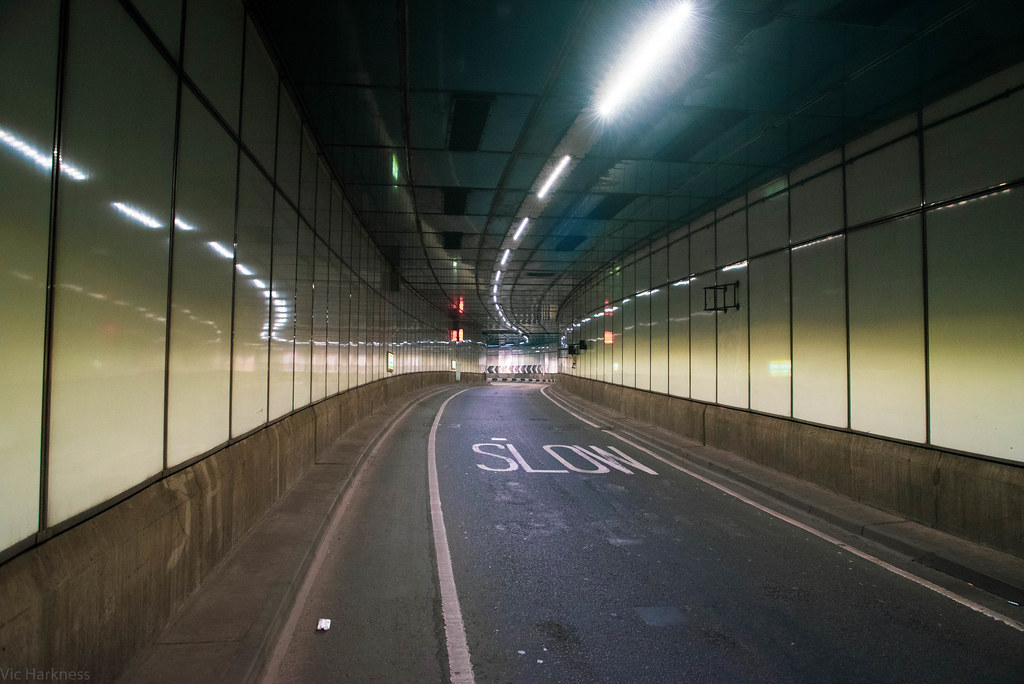 Despite the heat and noise of the streets above, the tunnel was fairly quiet and cool. 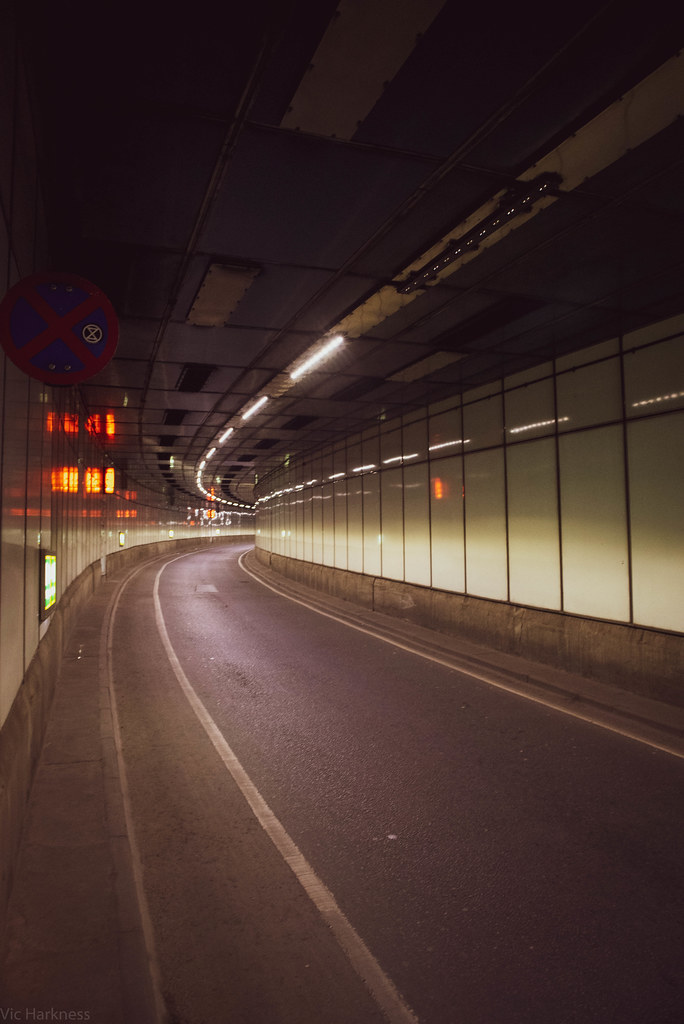 I had some attempts at panorama shots, but Lightroom/Photoshop weren’t able to do much. Oh well!

A friend that does a lot of model photography has commented on how good of a backdrop this tunnel would make for a photoshoot. I can’t say how long the protests will continue running for, but it might be worth trying to get in to still if you’re interested!