Published by Vic Harkness on September 8, 2017

This week in World of Warcraft, there is a new PvP event: The Shado-Pan Showdown Brawl! Embarrassingly, it took me and a friend way longer than it should have done to figure out what to do. So, here’s a little guide!

You queue up through the PvP tab, as usual. It’s a 5v5 battleground, with each team having 3 dps, 1 tank, 1 healer. Interestingly, unlike a usual arena match, you respawn if you die. There is also a 15 minute time limit on the match. Each team in this battleground has an NPC. To win, you must kill the other team’s NPC. 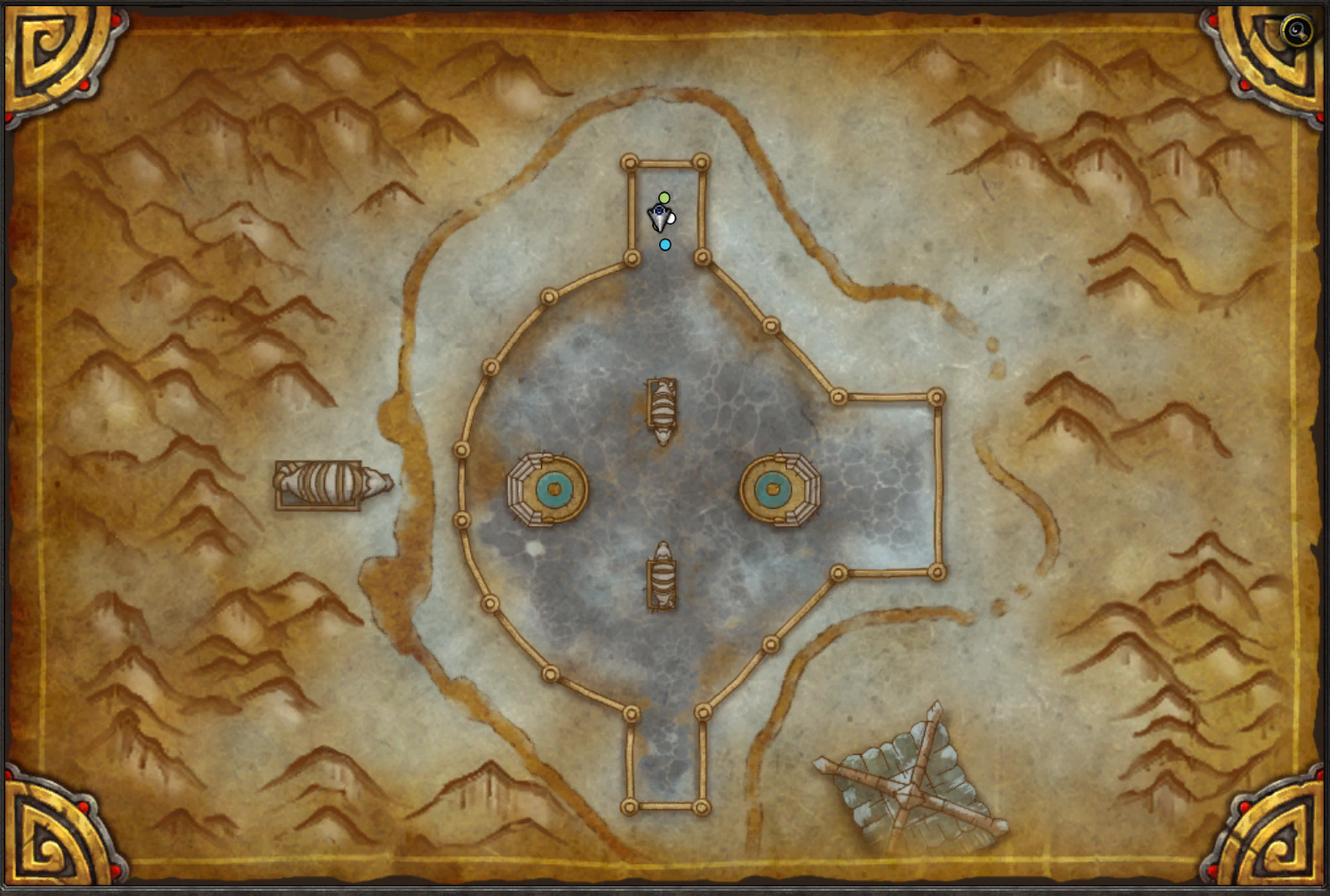 Here’s a map of the arena. It’s pretty tiny! In the center of the map stand the two opposing NPCs: Du Shan for the purple team, and Ja Sara for the gold team. The interesting mechanic of this arena is that it has a king of the hill element. Only one NPC can be active at a time, dictated by the central capture point. If your team captures the point, the enemy NPC becomes active/attackable. The NPCs do some damage, but your main threat will remain the enemy team players.

The circle is fairly obvious. You get a little indicator on the capture point progress in the usual place, the top right (under your map). 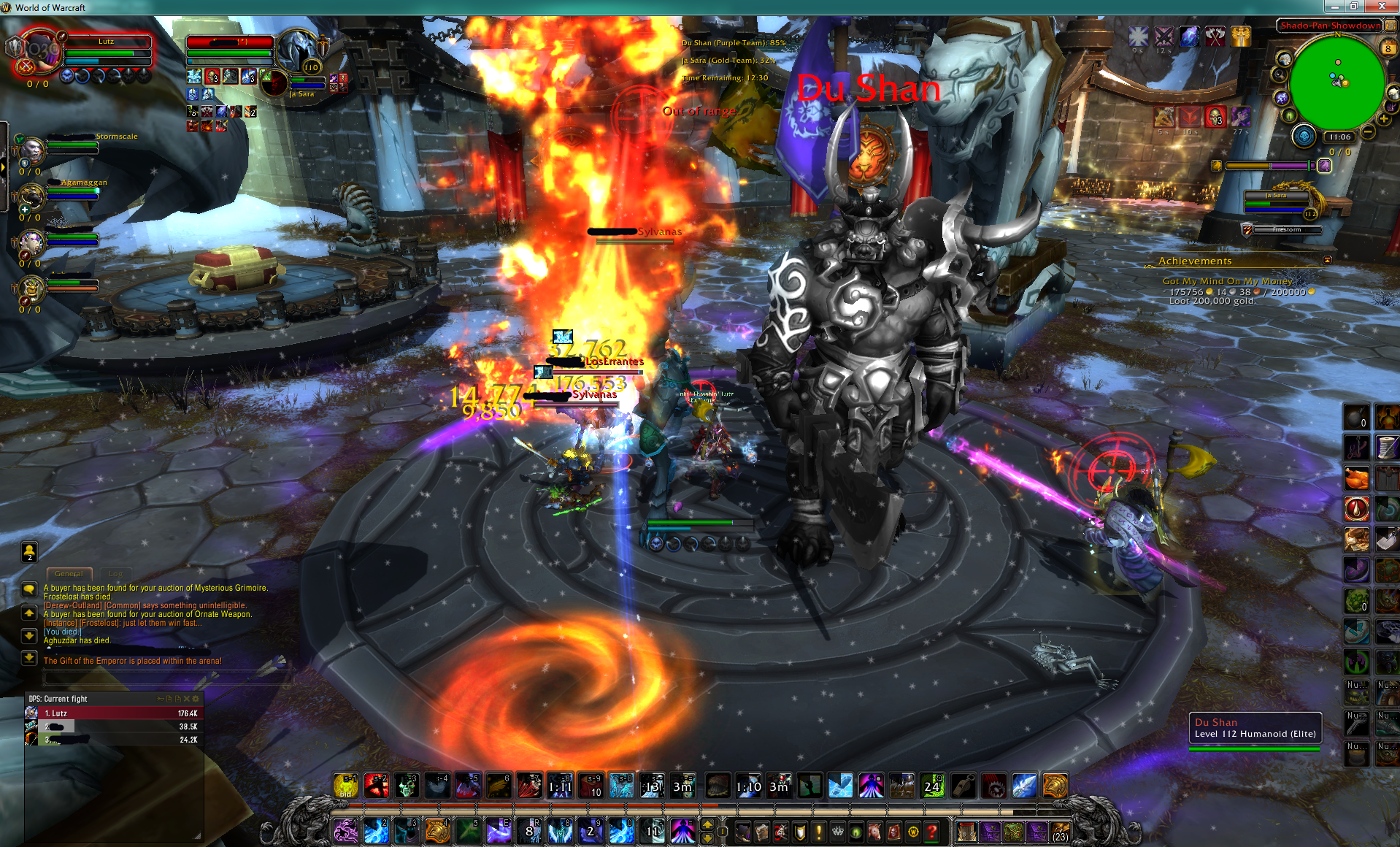 In the top left of this screenshot, you can see a chest. This is the Gift of the Emperor. If you use it (a few seconds channel to do so), your team gets a buff giving them 25% increased damage done and 25% increased healing done for ~12 seconds. It’s certainly worth grabbing!

Hopefully this overview will help someone!