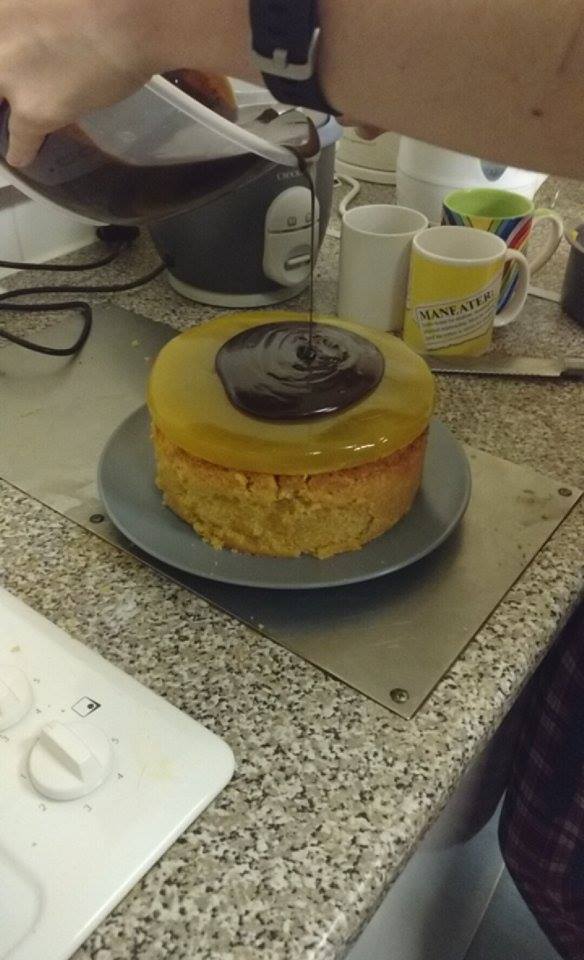 After seeing a recipe online for making a giant Jaffa cake, I decided to try it out. I procured the ingredients as listed, and set to work. I only had one cake tin, so decided to make the “Jaffa” layer the night before so that it would cool and I could reuse the tin for the cake. This stage actually went fairly smoothly, making a surprisingly good Jaffa. 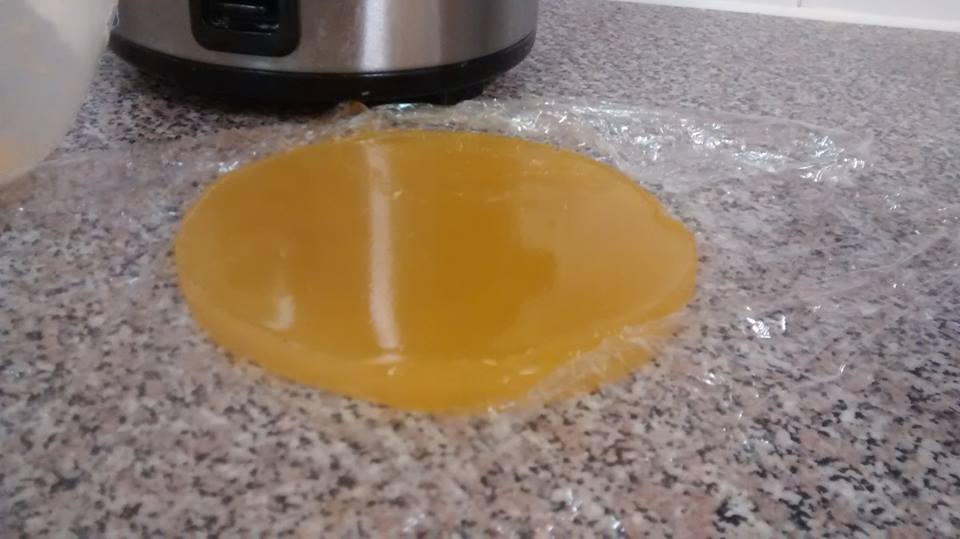 The next day, with the help of some class-mates, we moved on to making the full cake. We mixed up the ingredients, and added to the oven. It ended up taking about two times as long as it should have to bake as both of the ovens in my halls are only semi-functional, despite numerous requests for them to be fixed. Once the cake was finally done it was about 10:30pm and I was getting bored of the whole endeavor. And so, I made my first mistake. I put the jaffa on the still-warm cake. 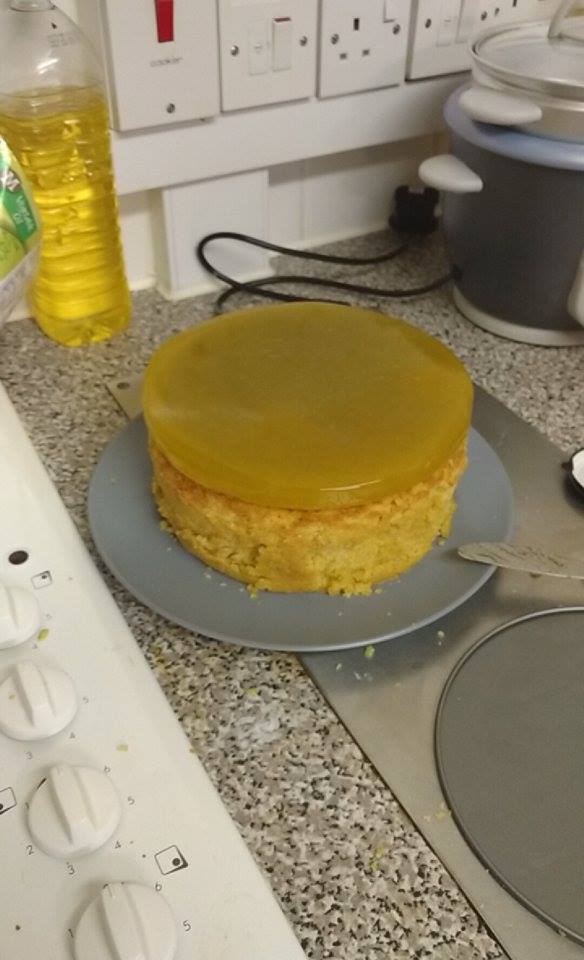 I then added the still-warm chocolate ganache. 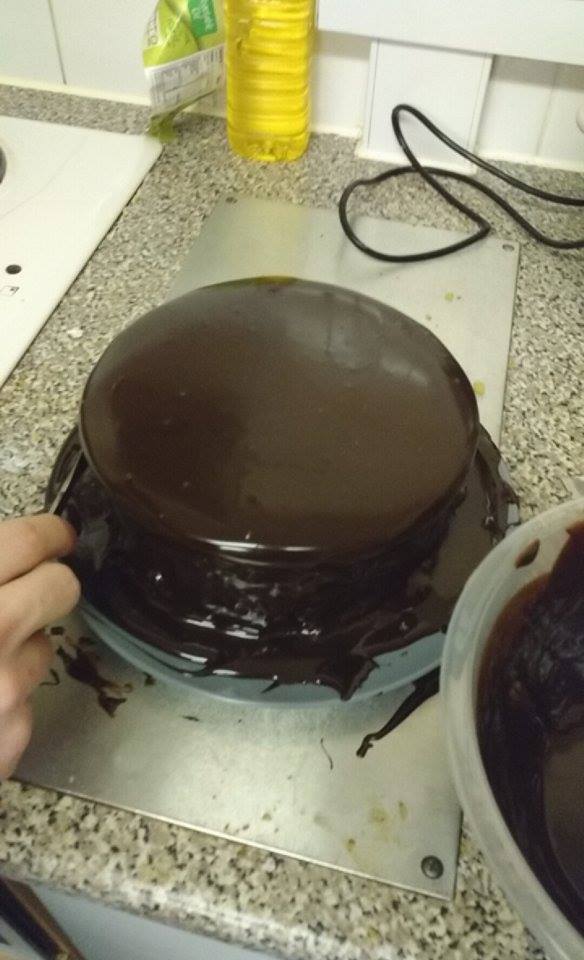 Due to the cake still being warm, it thinned and flowed a bit more than I would have liked. Still, I added my orange zest garnish, and began to congratulate myself on a job well done. 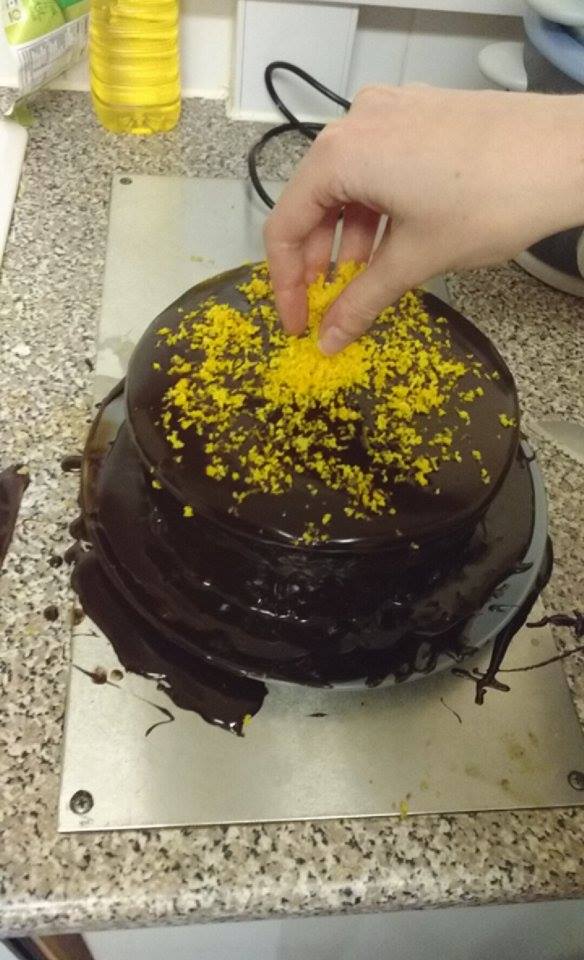 Then, the problems began. I don’t have photographs of this stage of the process as we all panicked a bit. The jaffa layer broke in two, and one side started to drift off. A class-mate cupped his hands around it and tried to hold it on while we figured out what to do. Then, it broke some more. Soon, it was in a myriad of small pieces and beginning to slide off of the cake everywhere. 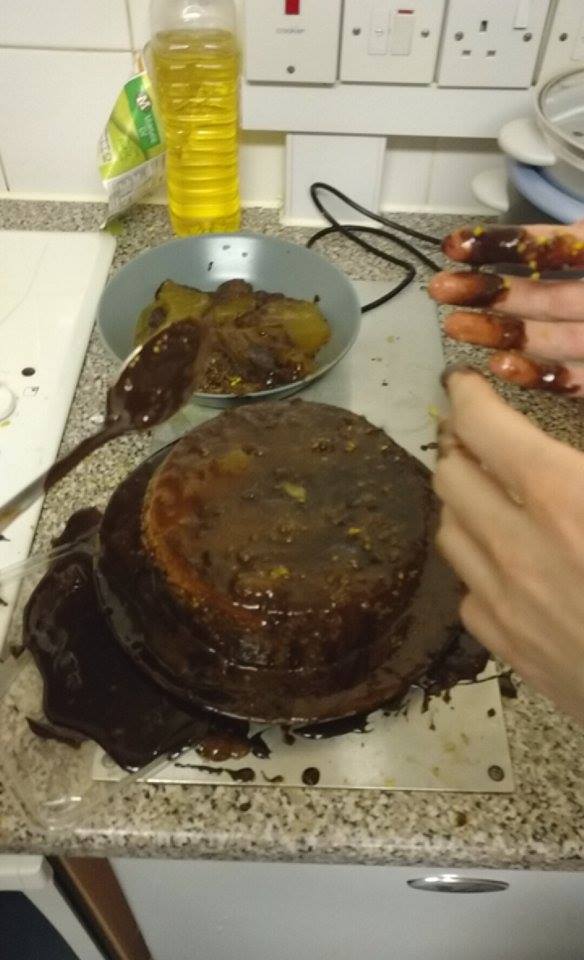 Capacity of the plate reached, it then flowed on to the counters. We scooped it up by hand as best we could. 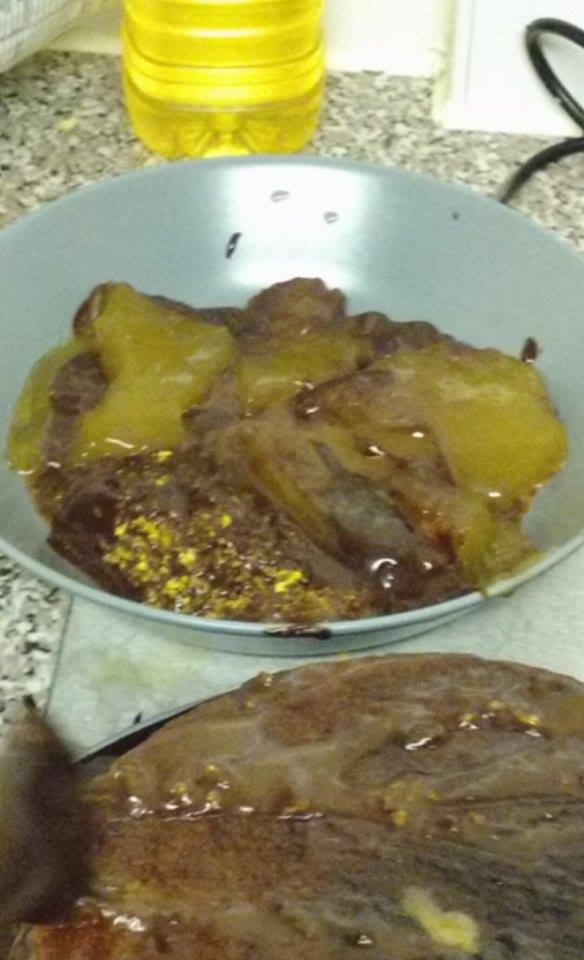 At this point we decided that it was simply to be a chocolate orange cake, and put it in the fridge in shame. Then began the clean-up. 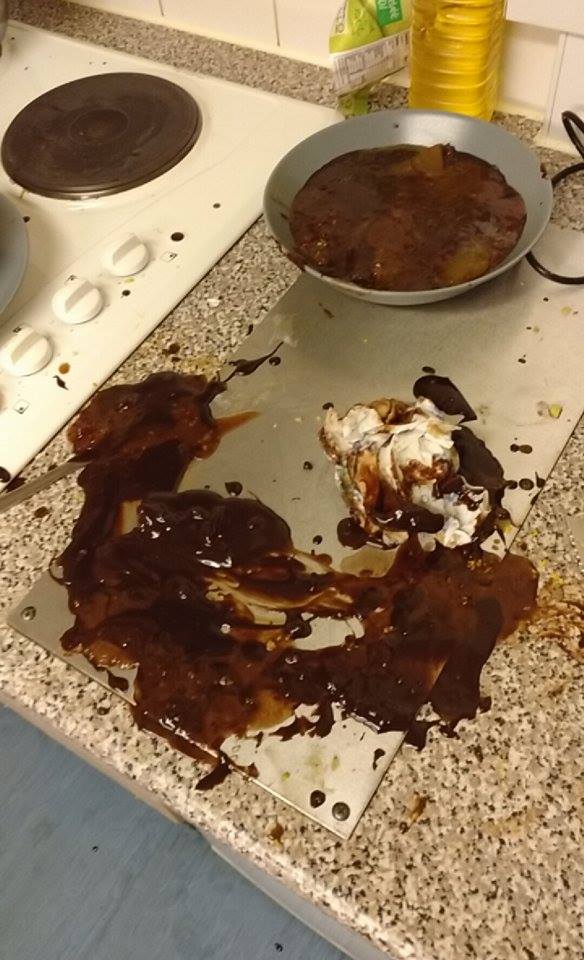 We managed to scrape most of the chocolate/jaffa mess in to a bowl. 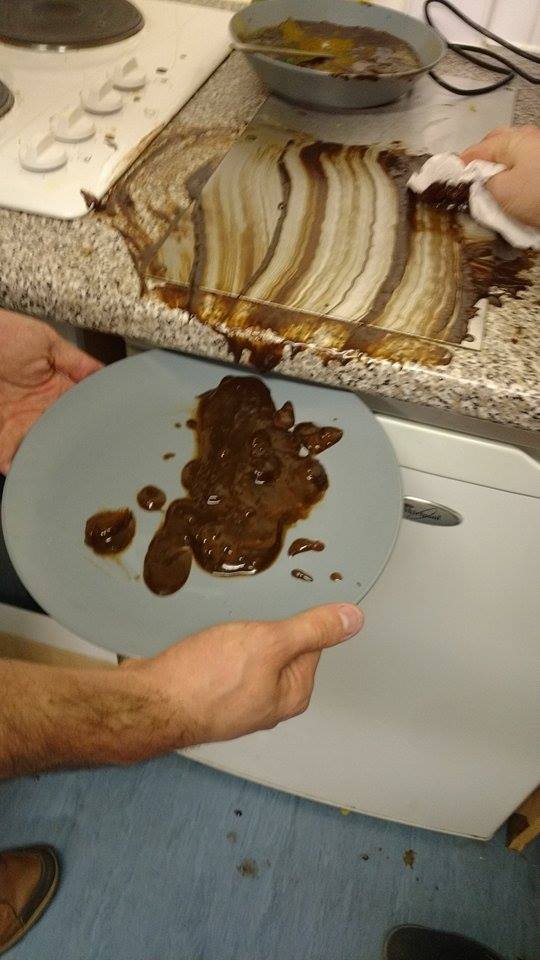 We were unsure what to do with it at this point. We tried putting it in the sink, but the jaffa had begun to re-set and so it wouldn’t wash away. It was decided that the toilet would be the most appropriate receptacle for it. 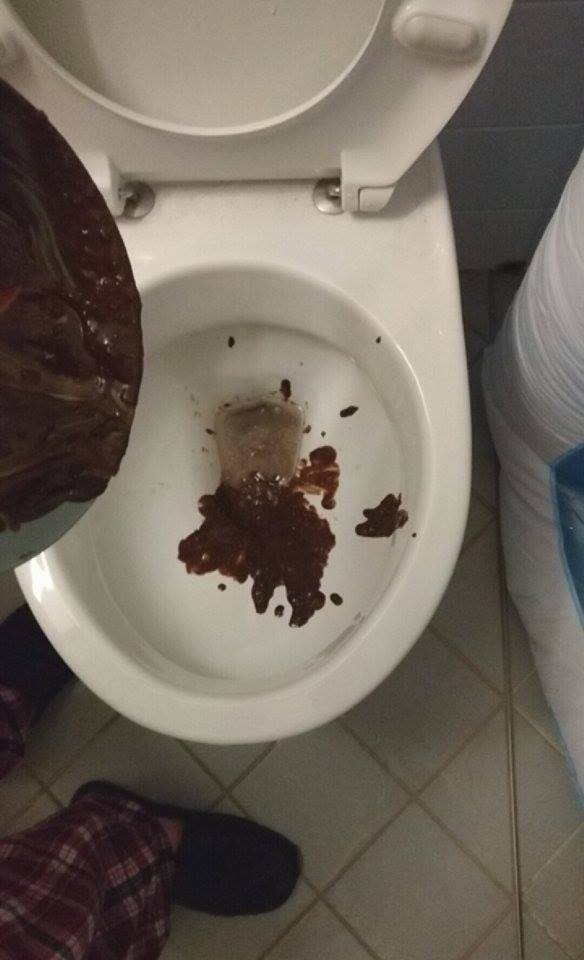 This did remove the bulk of the material, but shortly became another regrettable decision of the night. It had not occurred to us that the cold toilet would cause the ganache to set. I have never had to clean melted chocolate out of a toilet before, and I hope that I never have to do so again.

I’ve decided I’m going to have another attempt at making the cake some time, although I’ll do it when I have enough free time to wait for the cake to cool!