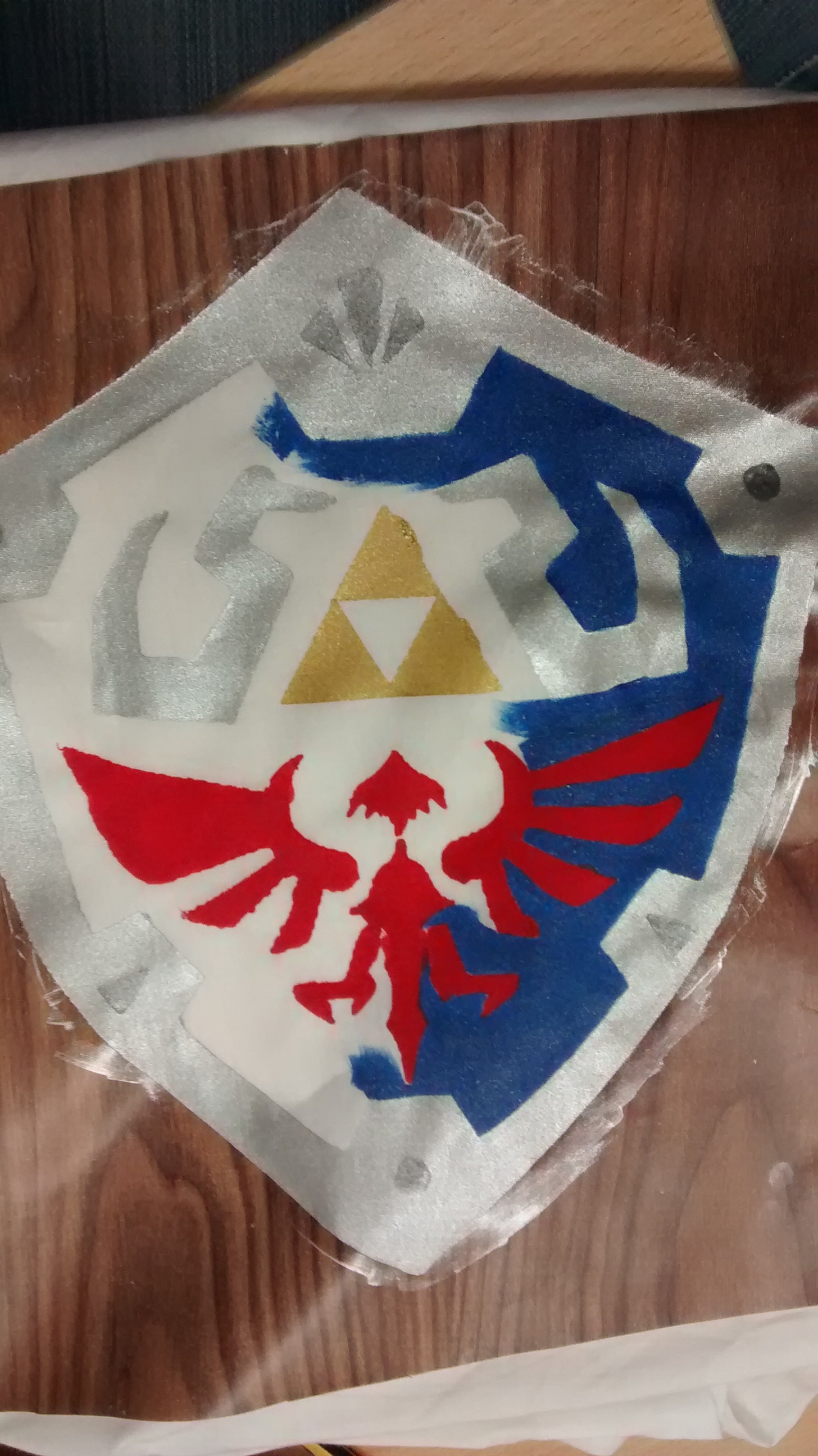 I tend to throw money at Christmas presents, and it occurred to me that it’s a pretty hollow gesture, really. Although in theory the monetary value represents an amount of my time (i.e. the time spent working to earn it), I feel a real disconnect between the time spent earning the money, and the value of the money. So, I decided to try and invest my time directly in to a Christmas present instead. I’ve convinced Sam to take up Taekwondo recently, and wanted to get him a kick-shield for Christmas. As he’s a fan of the Zelda games, I decided to try and make him a Zelda-themed custom cover for it. I went with what I called the “Hyrule shield” style, which I have since learned is actually called a Hylian shield. I managed to find a pillow case that was big enough to cover the kick shield, and so decided to use that as a basis.

As I’ve never done an art project like this before, I turned to my friends at the Lancaster and Morecambe Makers space for assistance. I had purchased some fabric paints/brushes, and was intending to try and make a template by hand. However, the space has a Silhouette Portrait Contour Cutter which it was suggested I use. I have never used it before, and so someone at the space did the hard work for me. They found a stencil for the shield online, which they passed in to the Silhouette software. The cutter then cut a stencil for us on to some sticky-back paper from Poundland. 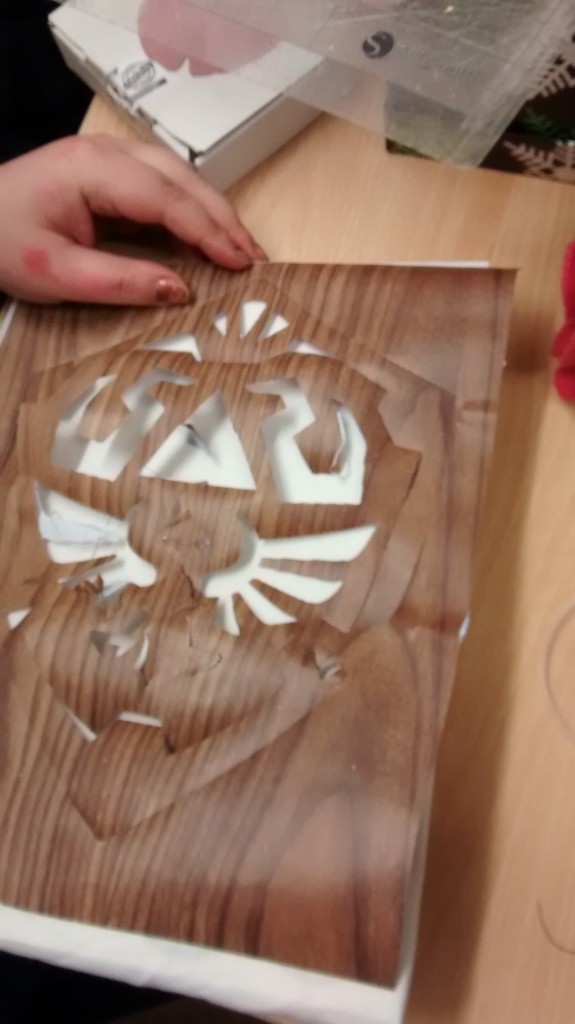 This was then stuck on to the pillow-case, with some parts removed for the first piece of painting. 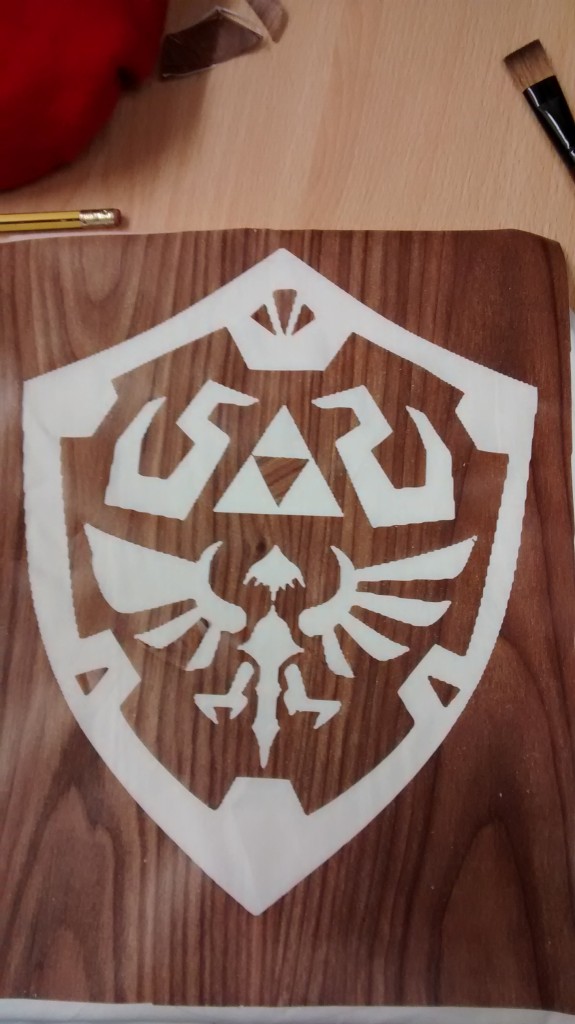 The fabric paints that I had bought were quite basic- red, blue, yellow, green, black, and white. At the space, one of the members happened to have some fancier fabric paints with them. They very kindly let me use some of their metallic paints (the silver was straight up use for the edge of the shield, and I mixed some gold in to the yellow and some silver in to the blue), which really improved the overall look. 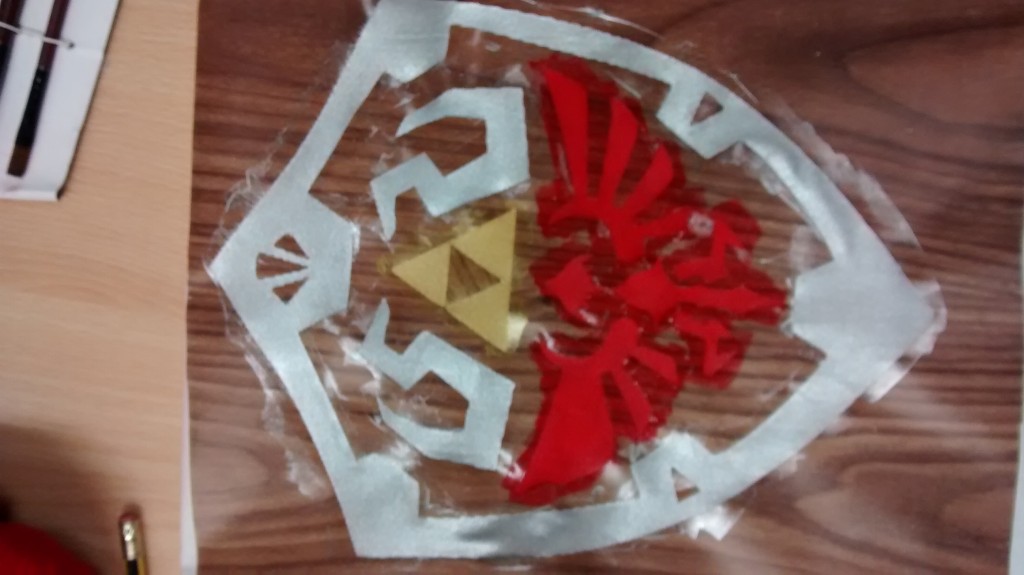 Due to the nature of the stick-back paper, I was able to peel the layers off as needed. 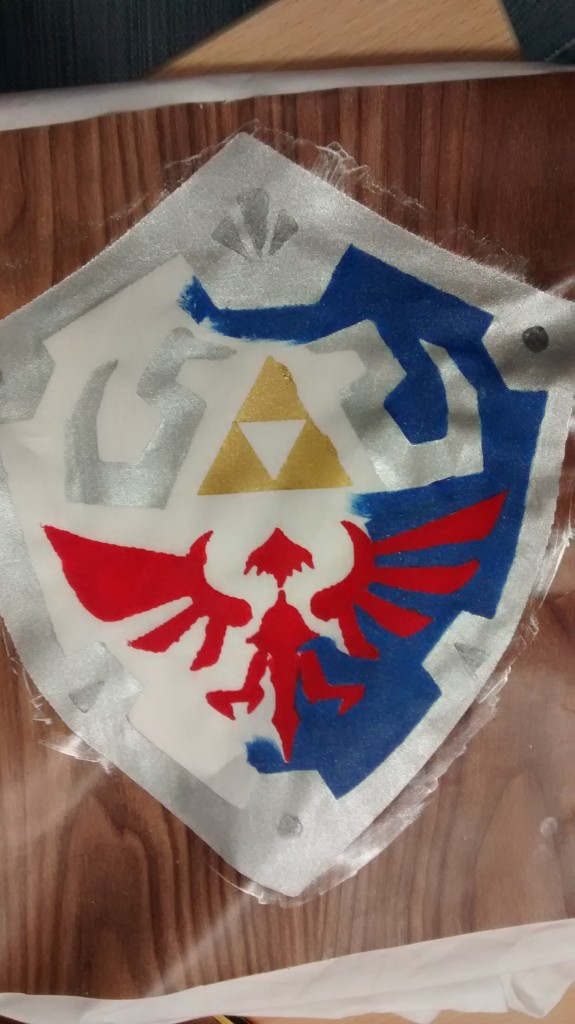 Unfortunately, by the end of this I had to paint without the luxury of the paper preventing from me slipping over the edges. The end result was a bit rough looking, but I’m very pleased with how well it went! 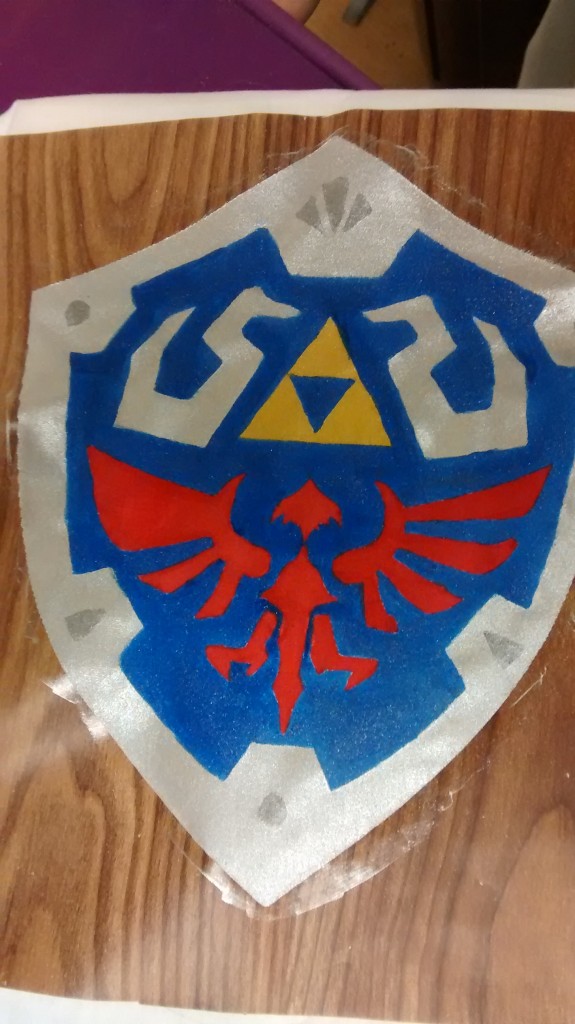 I’m very thankful that someone else at the space recommended that I use a piece of wood in between the sides of the pillowcase, as it bled through quite a bit. 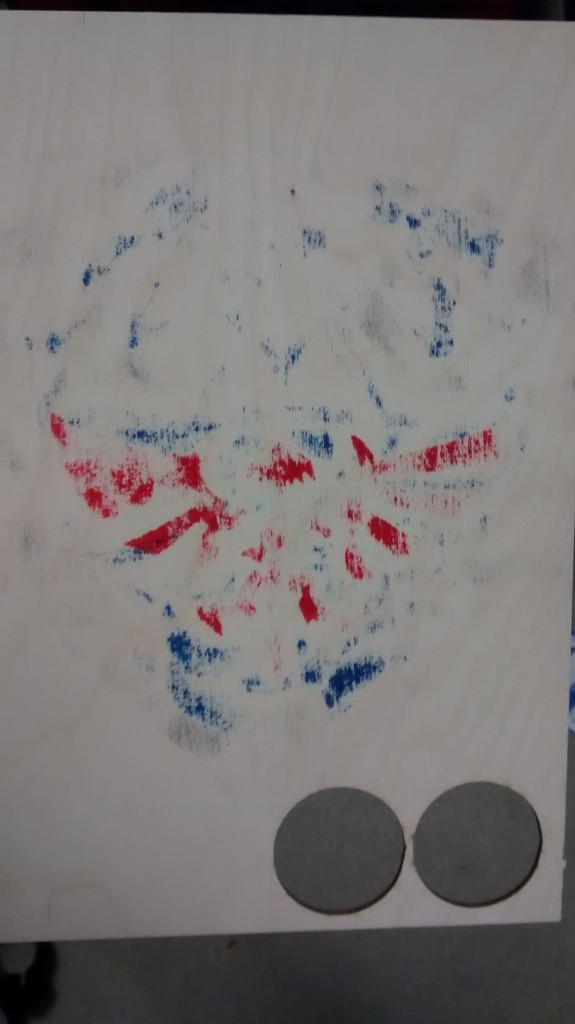 I almost wish that it bled through a bit more to create a secondary picture! Overall, from a distance I think that the end result is quite good, although the shield is a bit smaller than I would have liked. I was limited by the A4 size of the cutter. I’d potentially be interested in buying such a device in the future, and I think that I would be looking to buy one capable of cutting larger sheets.

To finish up the cover, I cut holes in the back of the pillow case to match up with the straps on the kick shield (so that it could still be carried), and sewed them to neaten them up a bit. 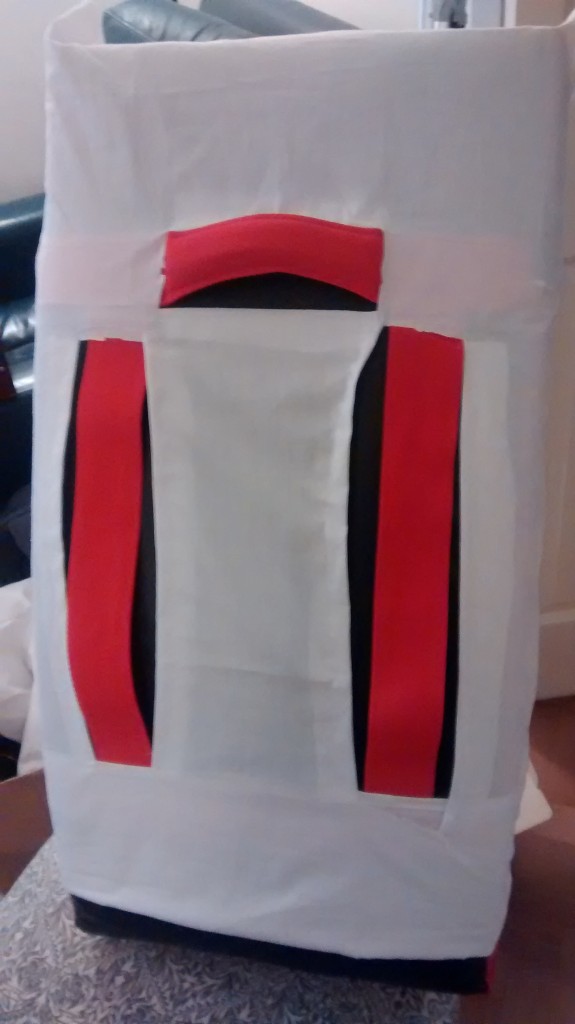 Sam seemed quite happy with his present (although he did get some other presents, as well). Overall I enjoyed my first adventure in to the world of crafts, and I might try and come up with some other projects in the future!