Today I met up with the Lancaster University Ecology Society again, this time for some moth catching! Previously, I’d learned to trap small mammals with them. As with the mammals, the moth trap had been set up the night before for us to check the contents in the morning. The trap used for this was a Heath trap, pictured below: 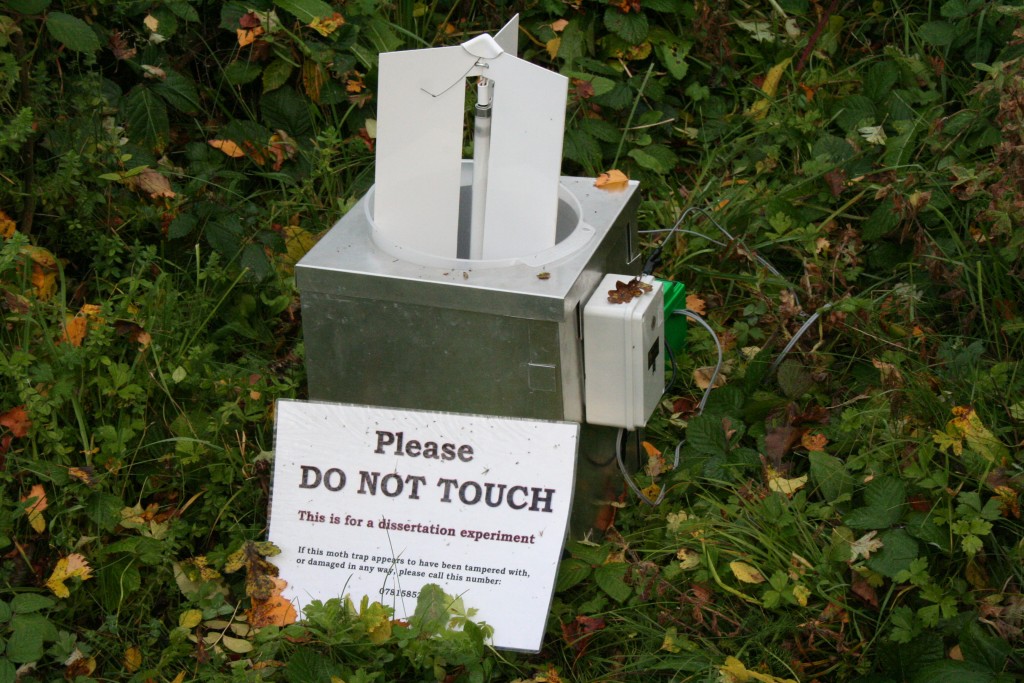 The trap consists of a light (in this case powered by a car battery) to draw in the moths, sat inside a funnel that empties in to a box. Moths are drawn to the light, and end up being funneled downwards in to the box. The blades around the light are I assume to stop the moths from just circling it. Once the moths are inside the box, they are not really coordinated enough to be able to get back out through the small funnel. The box contains egg cartons for the moths to hang out on. I’m told that traps can be left for a couple of days (unlike the mammal traps), and the moths will be ok. The egg cartons help to soak up and dampness that gets in to the box due to rain, but I assume the box also contains some drainage holes. 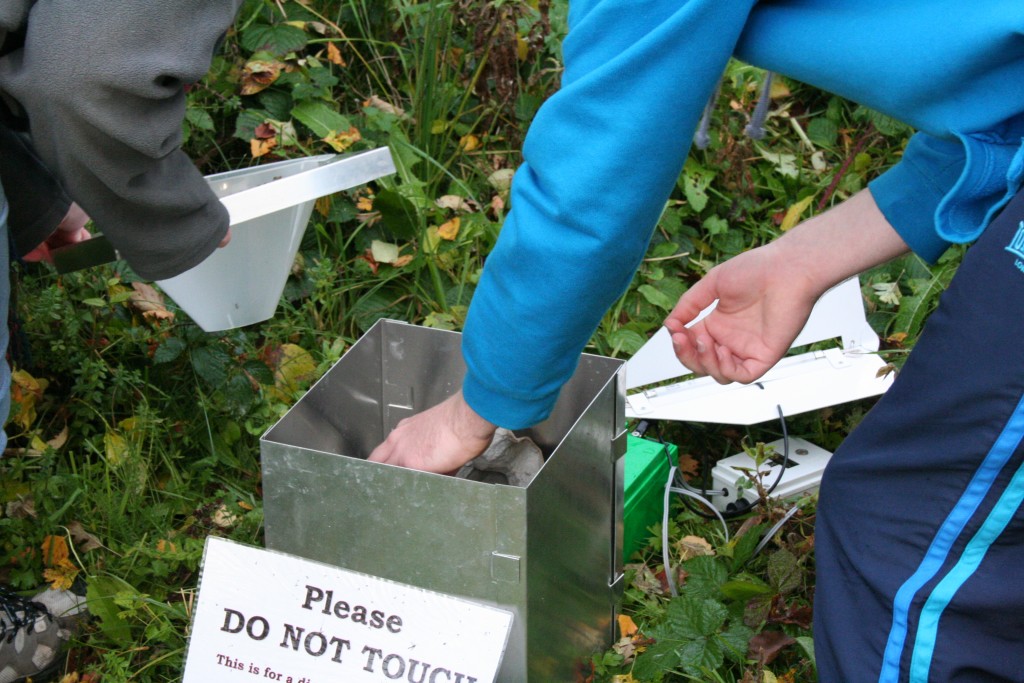 Upon opening the box, it was discovered that we had only caught 3 months. It seemed that the light may have failed during the night, which may have caused this low number. I’m told that the traps also frequently catch other insects such as beetles, and may even manage to trap small birds (in larger traps that a bird could actually fit in). The bird may manage to escape, the only sign of it’s presence being a pile of moth wings sans bodies. In our case the only companions to the moths were some leaves and a few crane flies. The moths were quickly scooped in to tubs (it was a cold morning so the moths were quite slow moving), and passed round for identification. 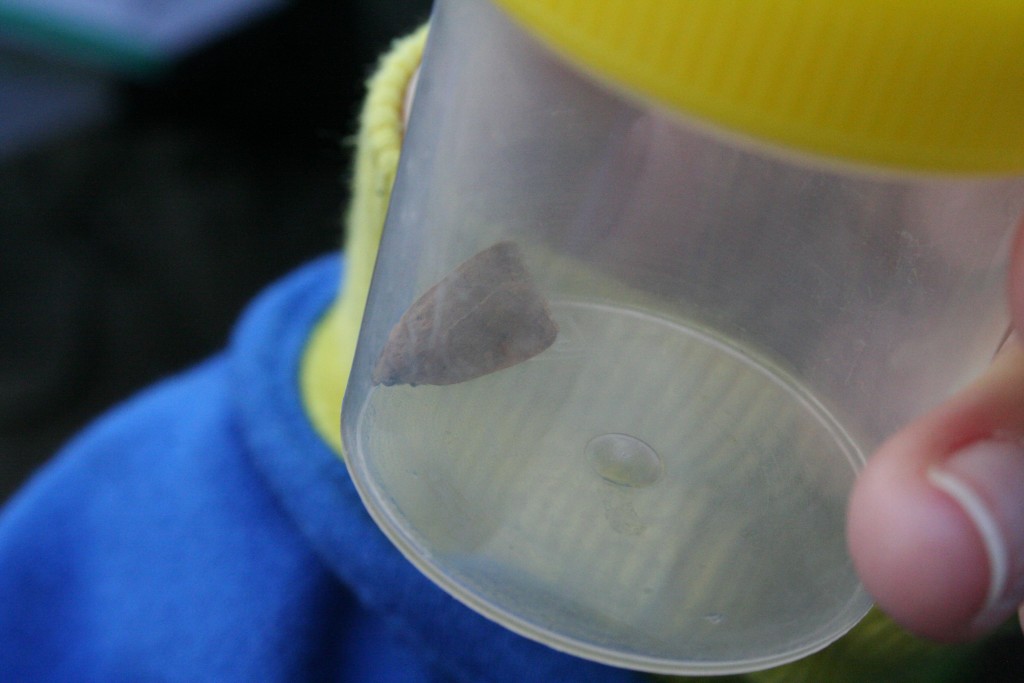 The society had printed off little leaflets for us newbies to help us with identification, containing eight of the most common seasonal moths seen in this area (along with a couple of rarer ones!). The moth in the above picture was identified as a Yellow-line Quaker; the other two moths caught were a Large Wainscot and a Red-line Quaker. A large range of moths from another trap were also brought along for us to identify, as back-ups for if our trap had not caught any. One such moth was a Figure of Eight moth, so named as the markings on its wings sort of look like the number eight. 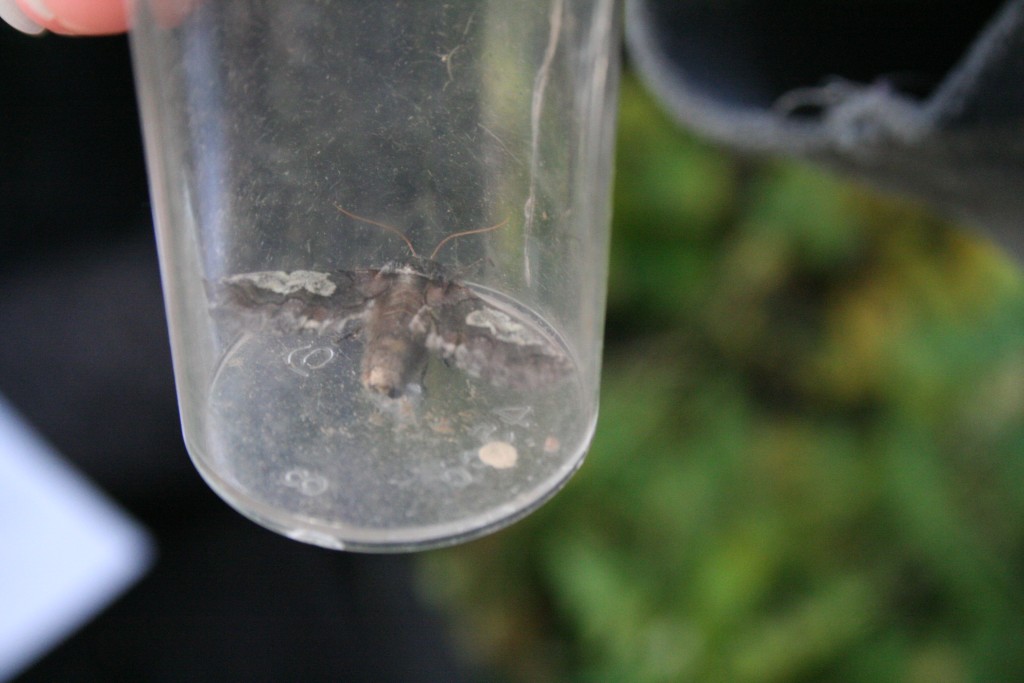 Also present was an Angle Shades moth. The general concensus of the society seemed to be that Angle Shades is a silly name, and that it should instead be called an Angel Shades moth. Apparently the name stems from it having quite pointy wing tips. 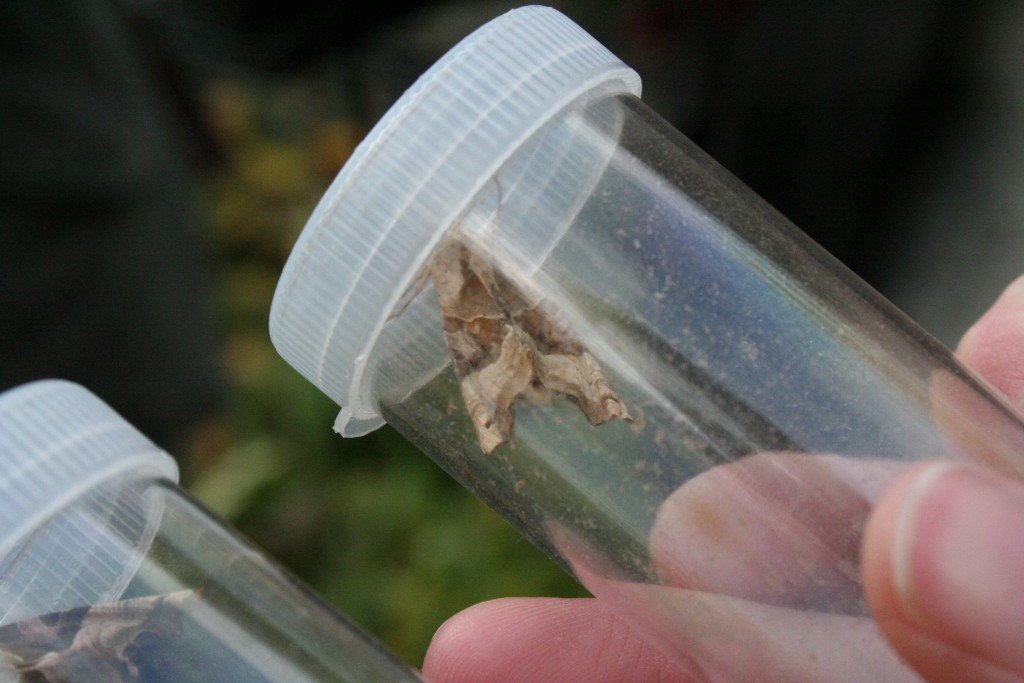 Most of the moths caught here were released (careful to avoid the nearby water, as we did with the small mammals). A few were retained to try and take some pictures of. The possibility of putting the moths in a fridge to slow them down to make photography easier was discussed, but it was decided that it wasn’t needed due to it being a cold day. Most of the moths seemed quite happy to sit still. Those that began to vibrate their wings (done by the moth to warm up before flying) were covered by a pot until they ceased. We did end up playing “chase the moth” for a bit before they finally settled, but we did get some nice pictures in the end!

The Yellow-line Quaker very much did not want to sit still to have its picture taken (it seemed to be very interested in hiding under grass), and so I wasn’t able to get any great pictures of it: 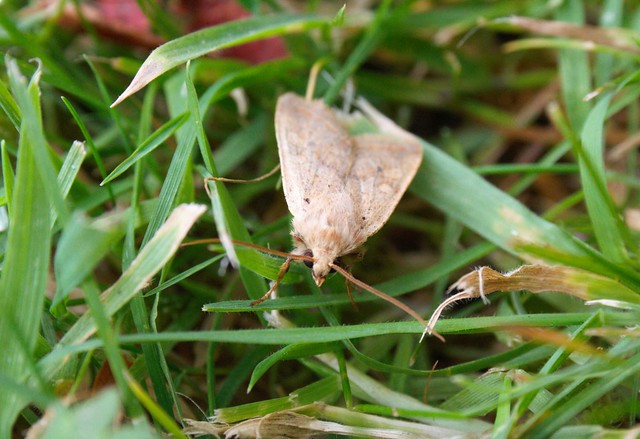 The Figure of Eight moth was a lot happier to sit still on a leaf however, giving me the opportunity for a couple of good photos: 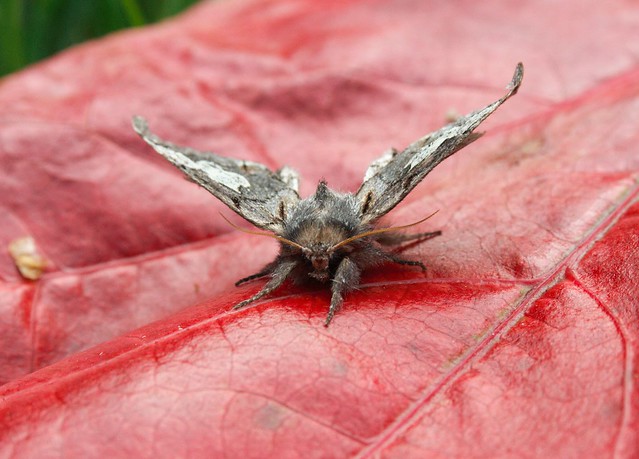 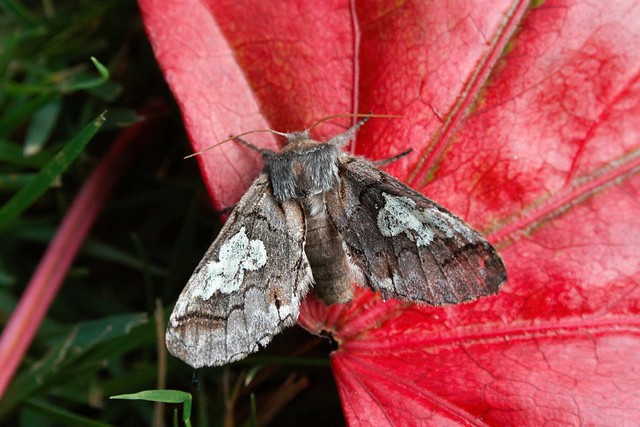 The Angle Shades moth was my favorite however. 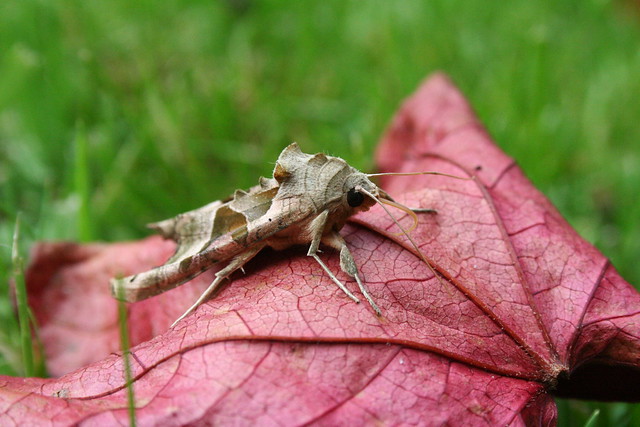 I’m impressed with how leafy it manages to look (especially when it’s on the correct coloured leaf to be camouflaged). I also thought that it was quite cute, despite it sticking it’s proboscis out at me!

After photographing, these moths were all returned to some bushes. I’m told that the society is looking at running an insect pinning class in the future (using insects that are already being sacrificed during another project). It seems like it’ll be an interesting class to do, hopefully I’ll be able to attend!