My dissertation supervisor also owns a GoPro, and suggested to me what he had done previously: Reshape the GoPro mount that holds the GoPro in it’s box upon purchase.  We checked to see if the plate would fit on the UAV, and found that it did: 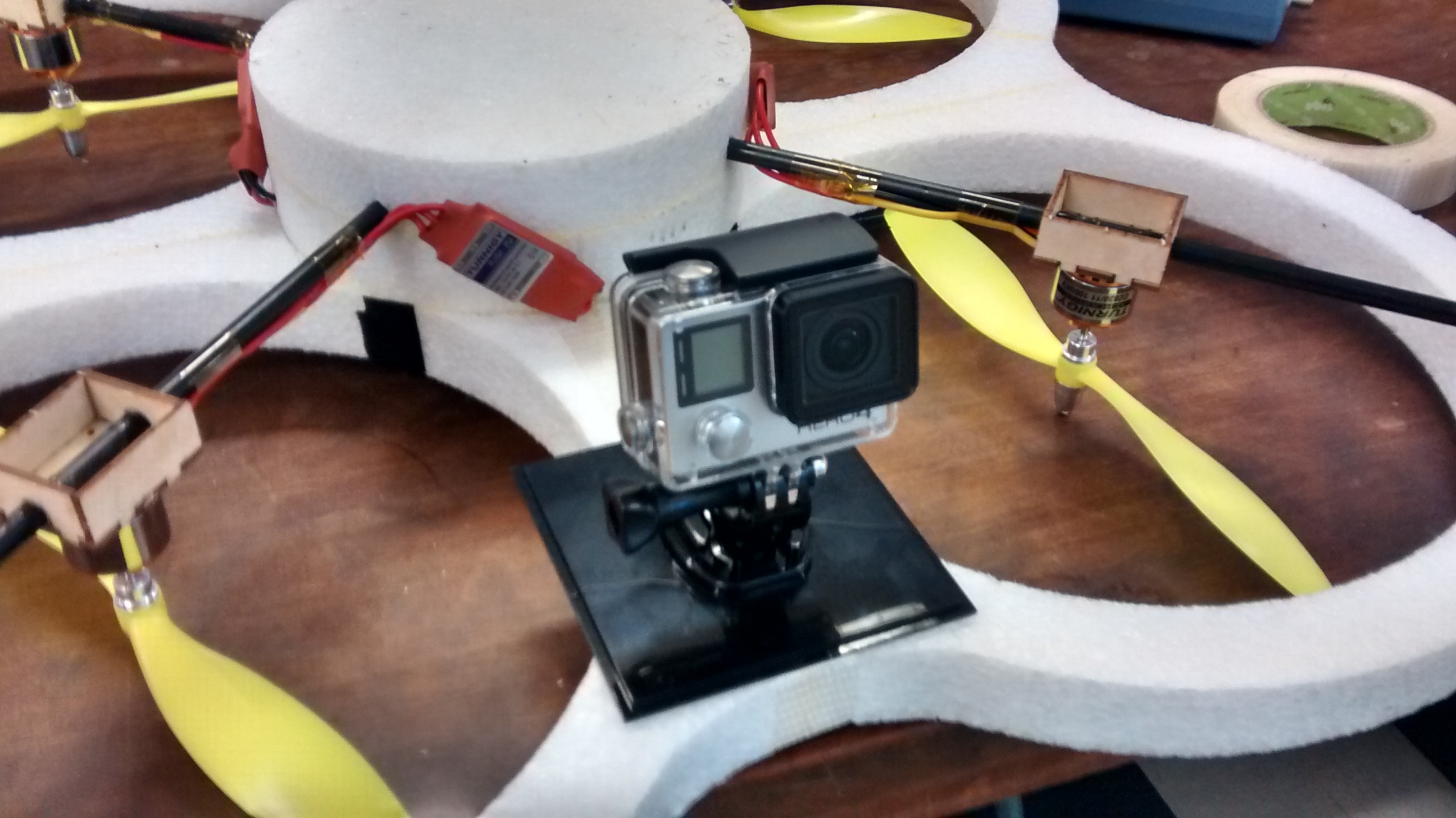 We then cut it to shape using a band saw: 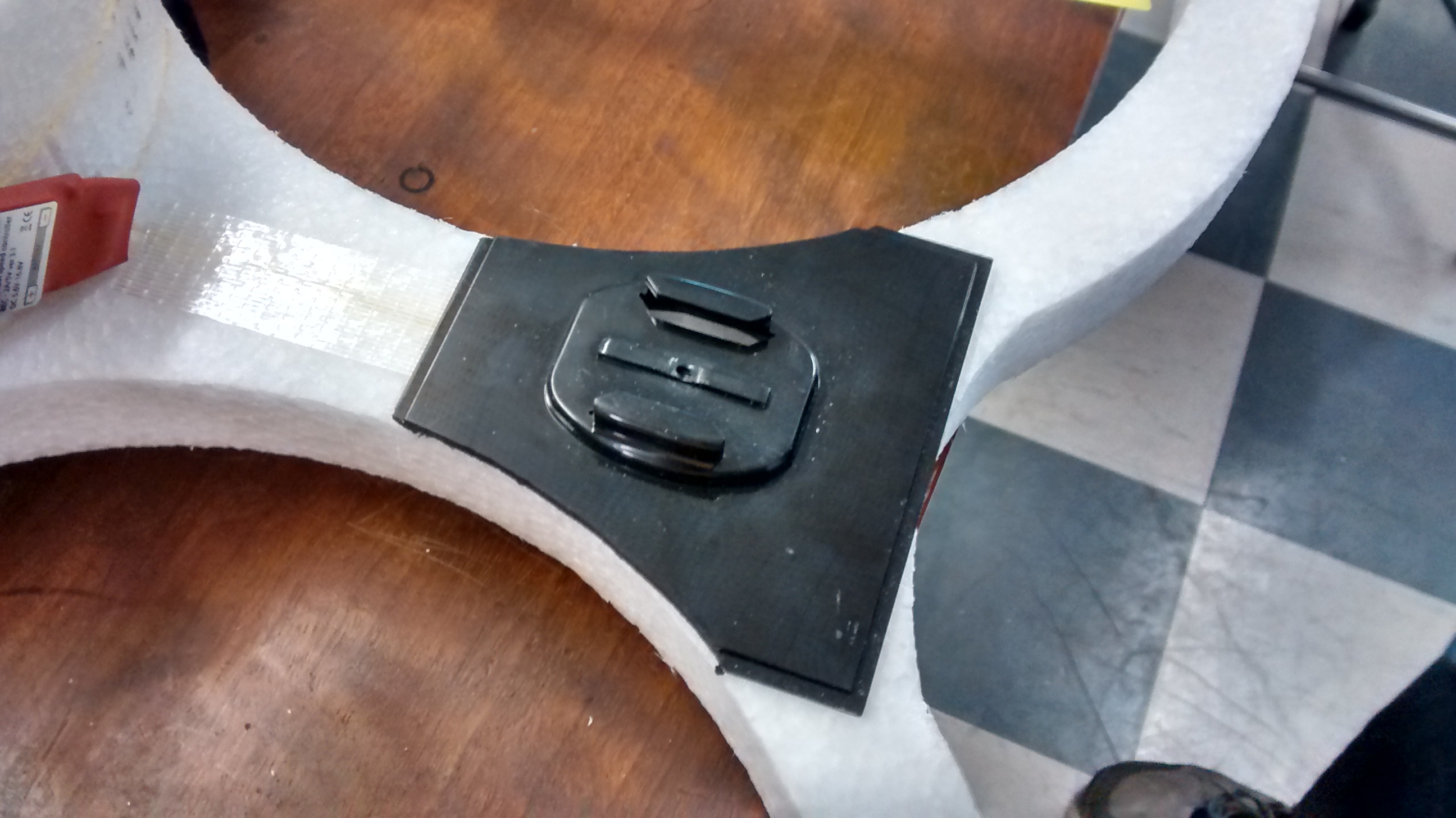 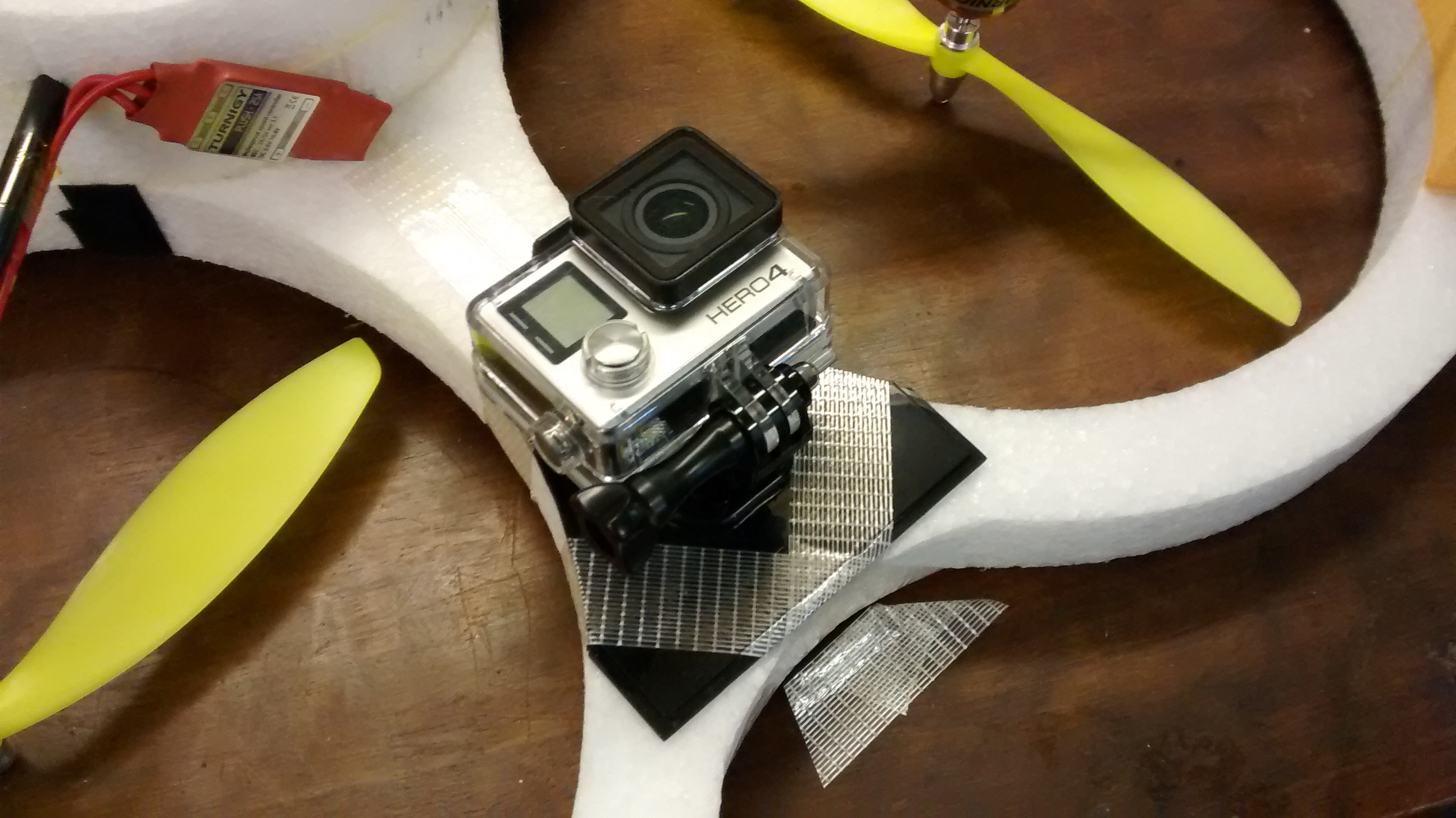 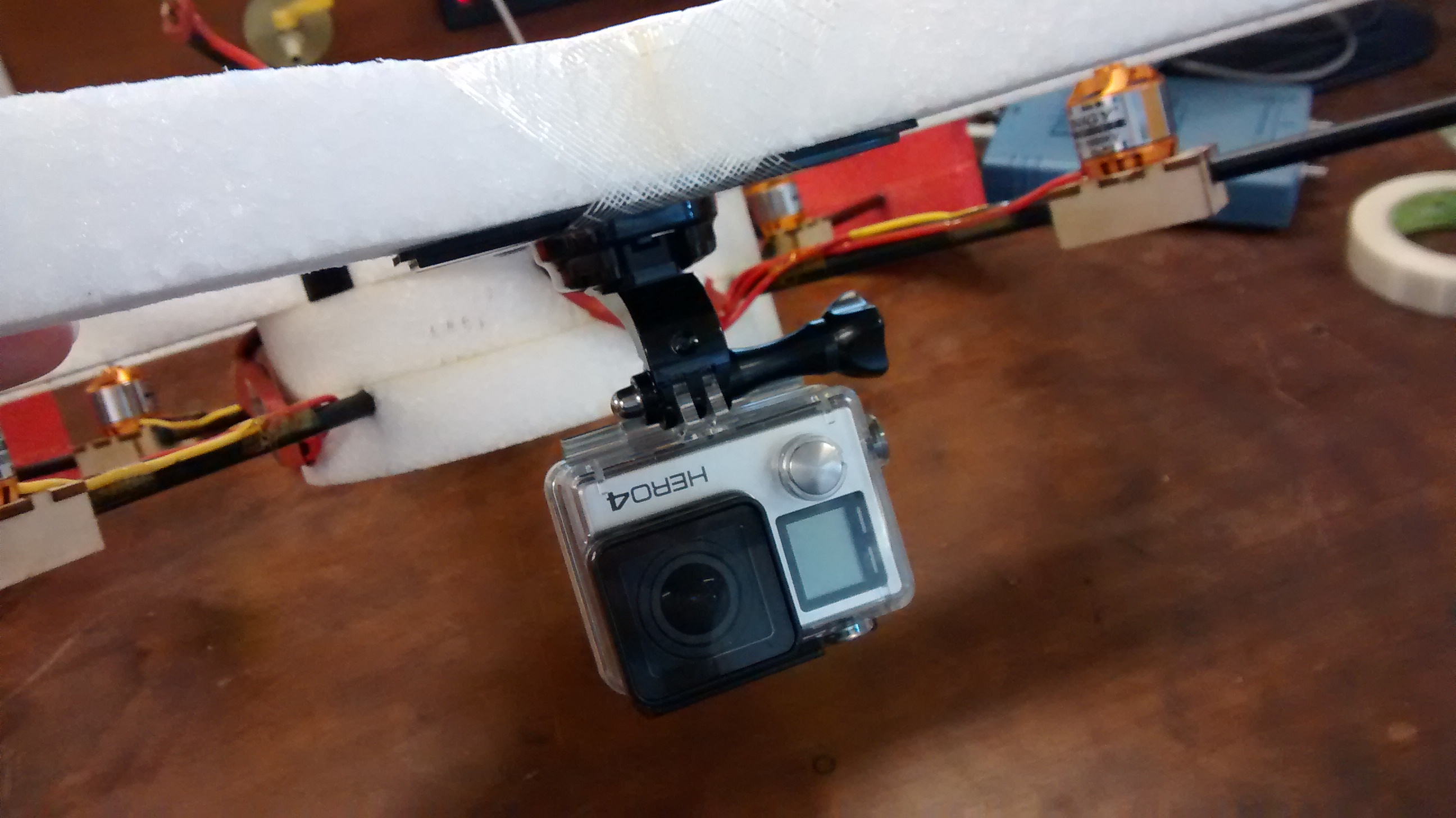 The GoPro just about fits on the underside when it is facing down.  The screen just about touches the ground when the UAV lands, and so careful landing is required.  Alternatively, we may add more wedges to the “feet” to hold the GoPro off of the ground.  We would require quite a boost for the GoPro to not touch the ground when it is facing as it is in the second picture.  This positioning also causes video to be upside-down, but Youtube has the facilities to rotate videos.  We have had to move where the battery is located so that it balances the weight of the GoPro.

I was able to connect my phone to the GoPro before flight to control it.  The UAV did not have to fly very far to be out of signal range however, so it would probably be best to leave the GoPro recording for the entire flight.  I was able to take photographs in both positions: 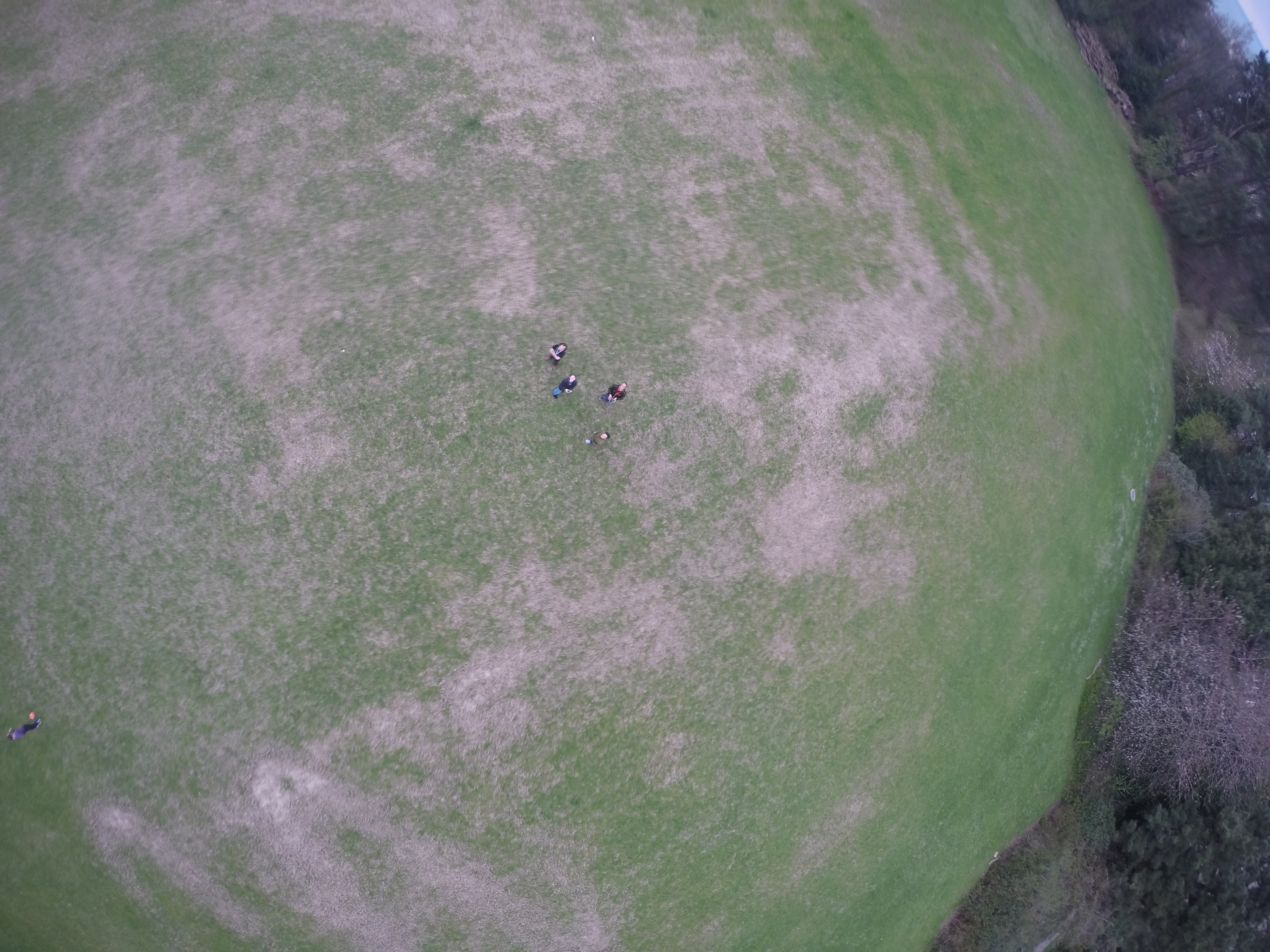 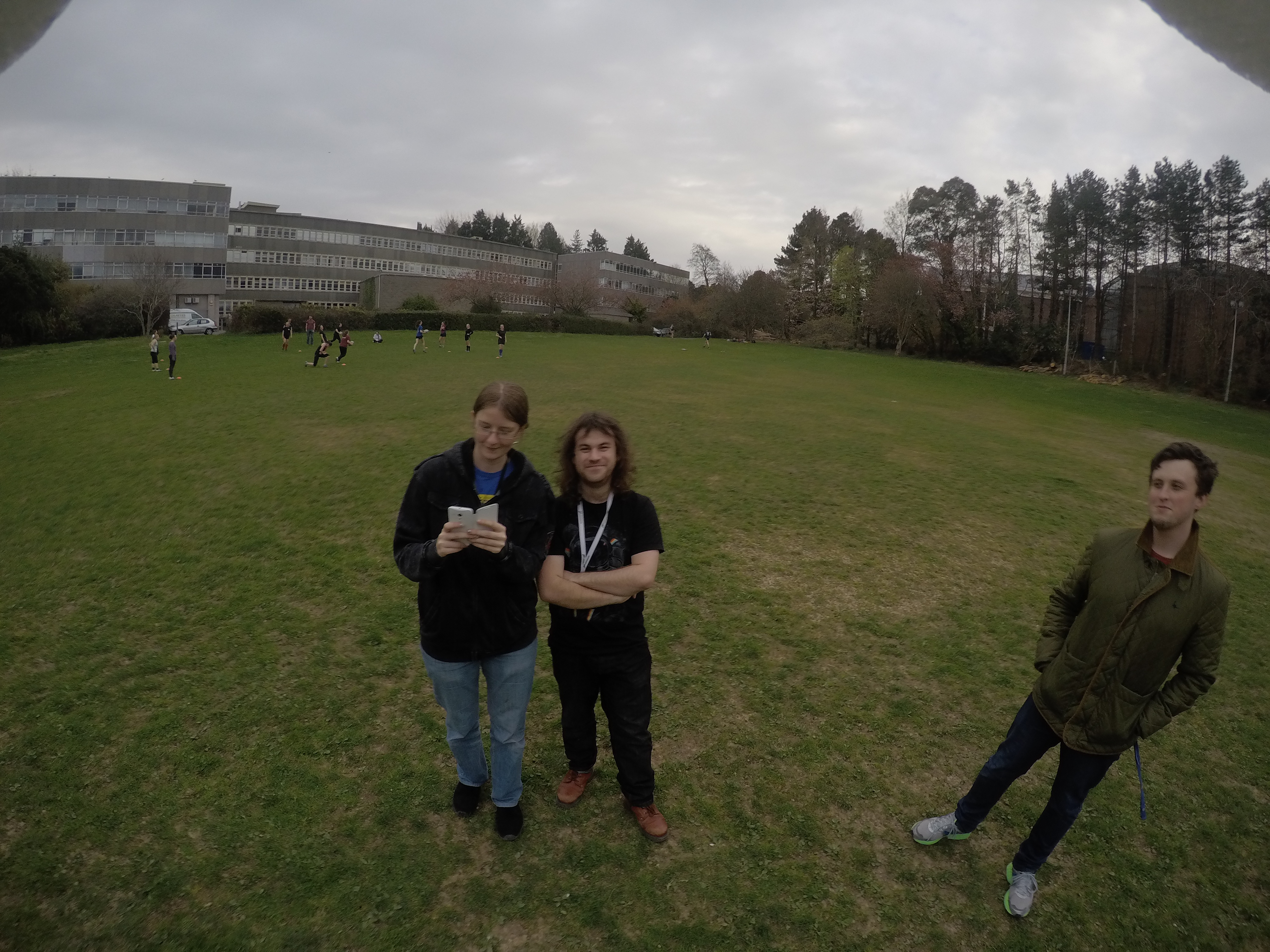 We additionally took some video:

You can hear in these videos that the motors are fighting quite hard.  Some time will probably have to be spent adjusting the PID values to account for the increased weight.