On my recent trip to Texas, I decided to check out the Texas State Capitol building in downtown Austin. 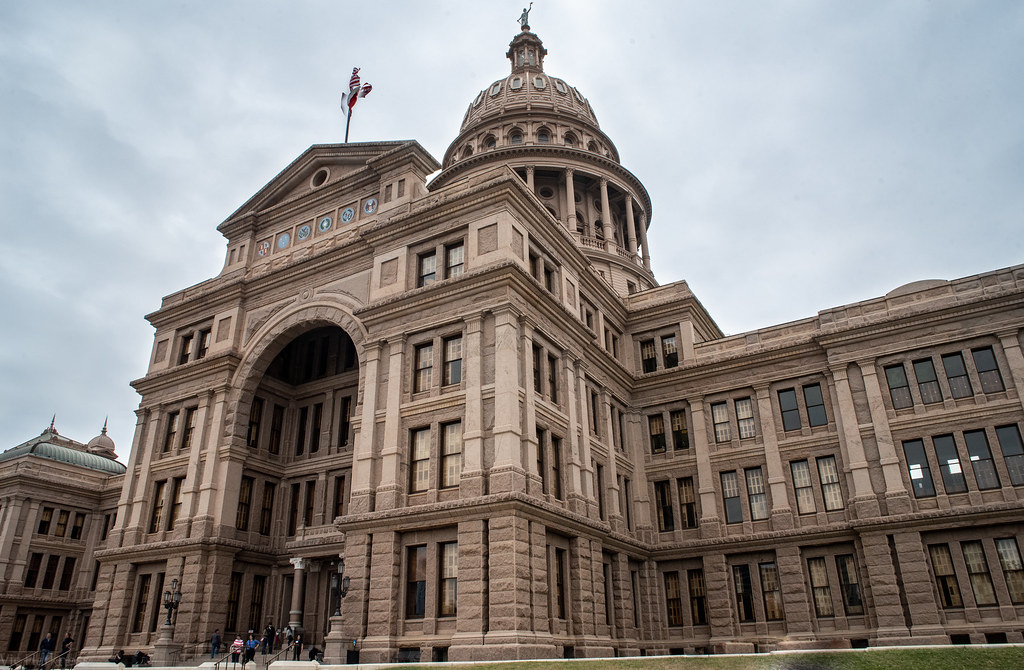 Built in 1888, the building was recognised as a National Historic Landmark almost 100 years later in 1986. For a time, local ordinance was in place to prevent buildings taller than 200 ft (the Capitol building being a touch over 300 ft) from being built in the area, to preserve the prominence of the building. Over time this ordinance was increasingly disregarded, as evidenced by some massive buildings in the area. Instead, a list of “Capitol View Corridors” were instated; points from which the Capitol building could be viewed. New structures were not allowed to obscure these corridors. 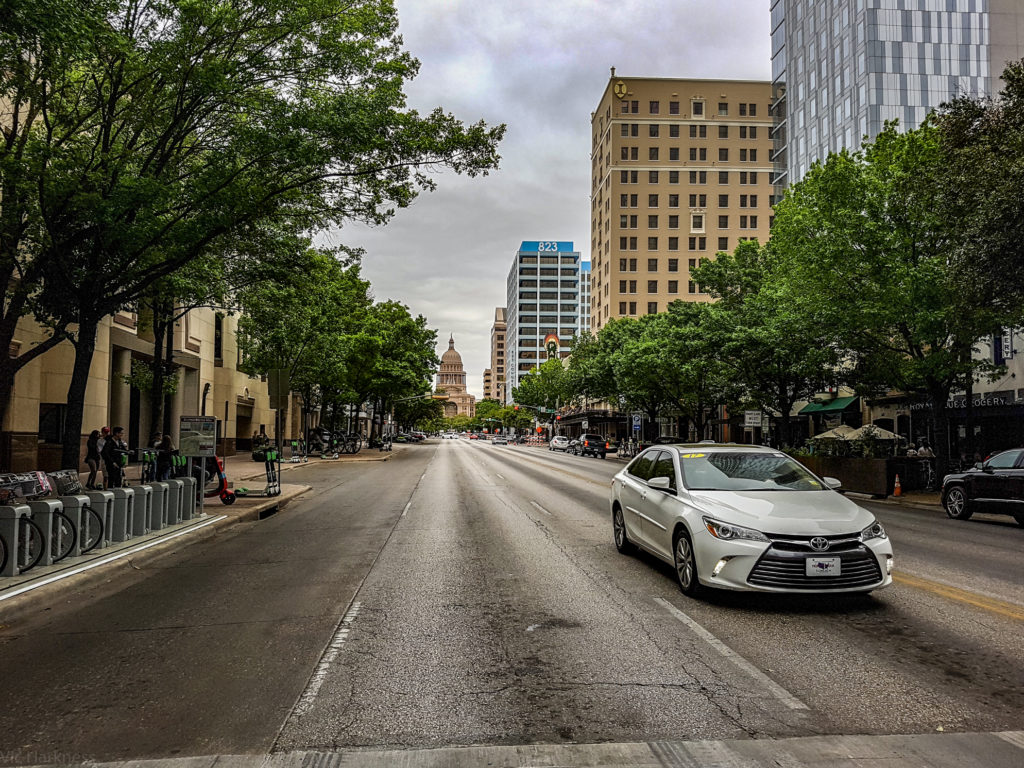 Entering the building was free, but we had to undergo bag x-rays and walk through scanners (fairly standard for landmarks in the US). Walking through the lobby we came to the rotunda below the Capitol dome. It’s hard to do this huge room justice. 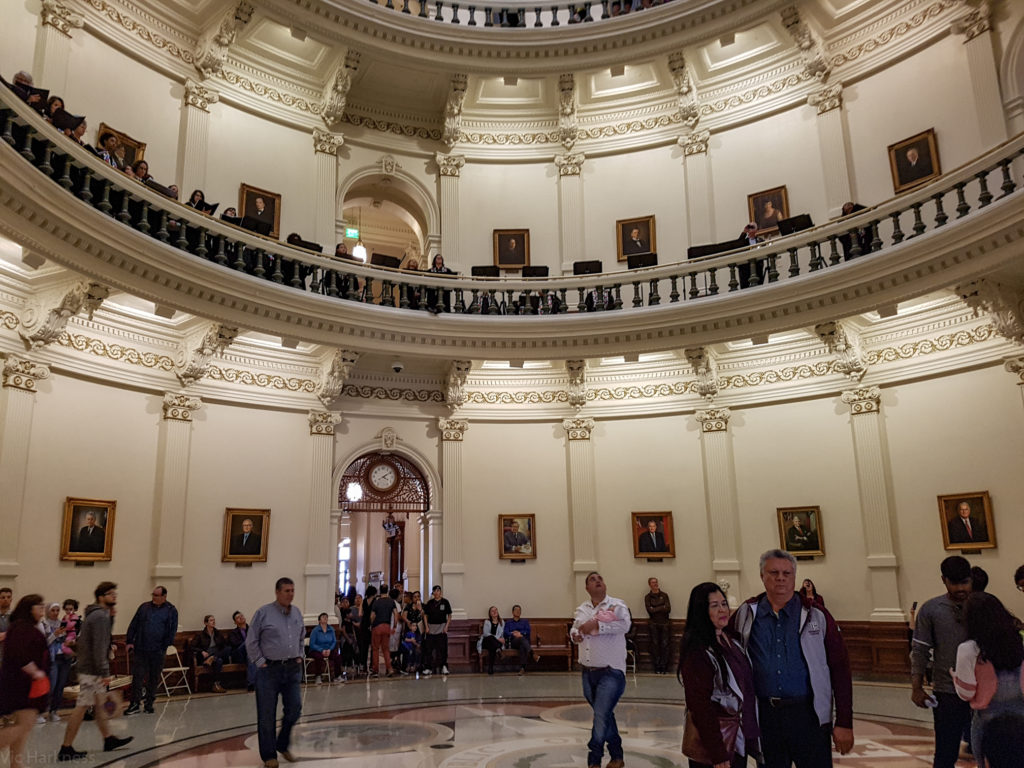 This 200 ft tall rotunda is lined with balconies, enabling viewing from multiple angles. 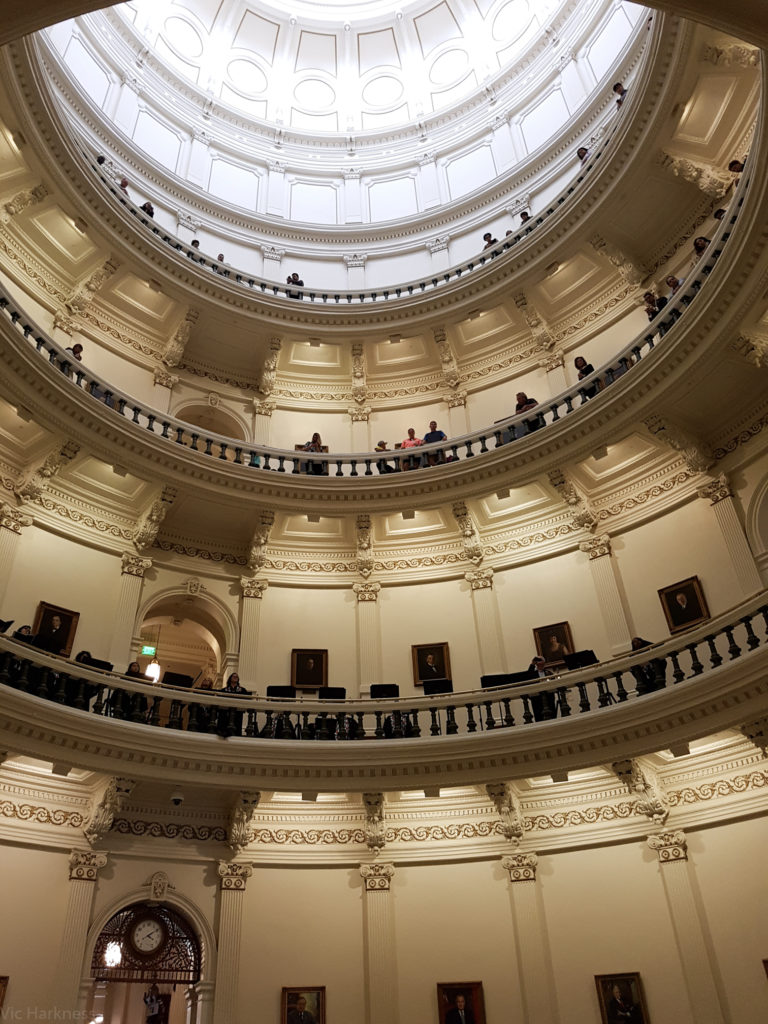 When we were visiting, a choir was singing.

Highlights of the day included watching a kid doing Fortnite dances to the choir. 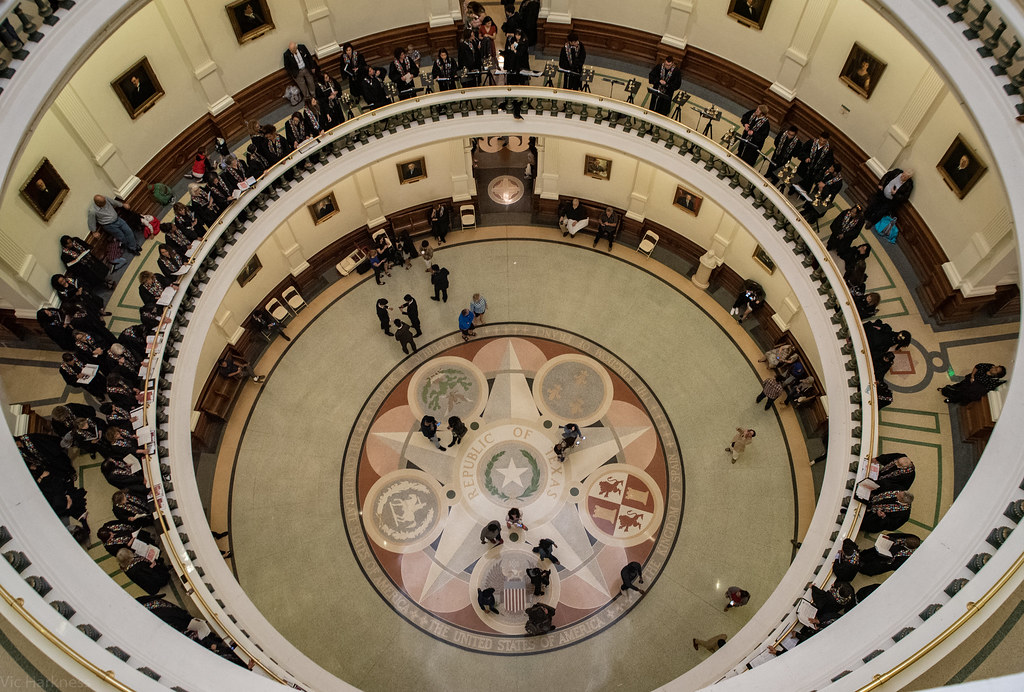 The terrazzo floor here features the seals of the 6 countries whose flags have flown over Texas: Spain, France, Mexico, The Republic of Texas, The United States of America, and The Confederate States of America. The walls of the upper floors are encircled with portraits of past Presidents of the Republic, and Governors of the State.

Far above the floor is the Capitol dome. 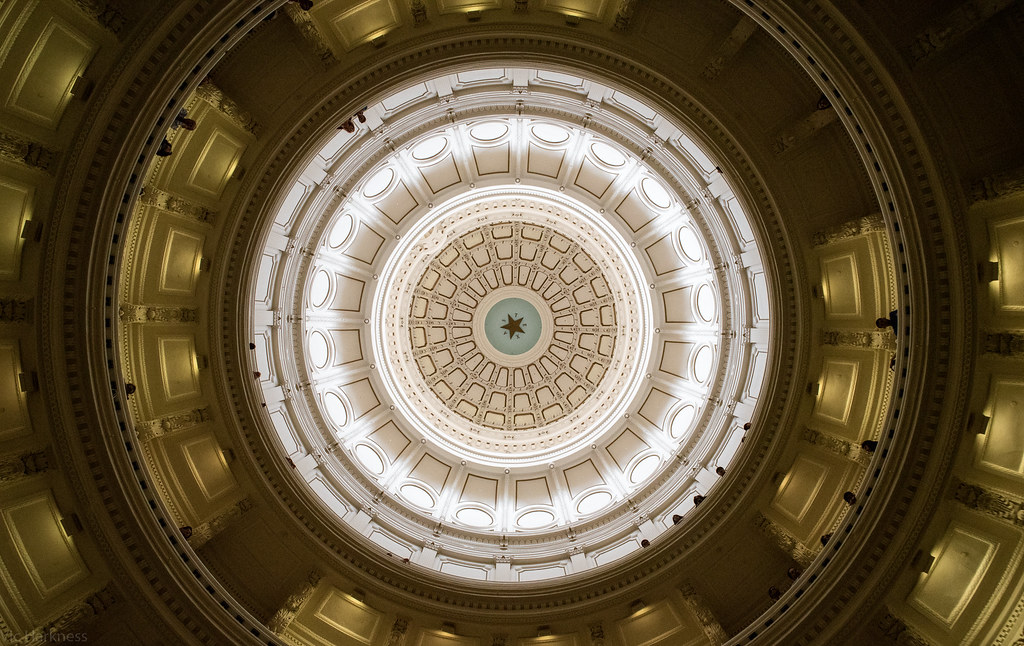 The star in this dome was installed in 1957, and measures 8 feet across from point to point. Much of the Capitol building is adorned with stars. This is because Texas is nicknamed “The Lone Star State” as a nod to its previous independence.

Annoyingly, Lightroom/Photoshop were unable to form very good panoramic photographs out of photo series taken here. However, a mobile phone one taken in situ came out surprisingly well!

From the rotunda, we headed upstairs and to the east side of the building to see the Senate Chamber. 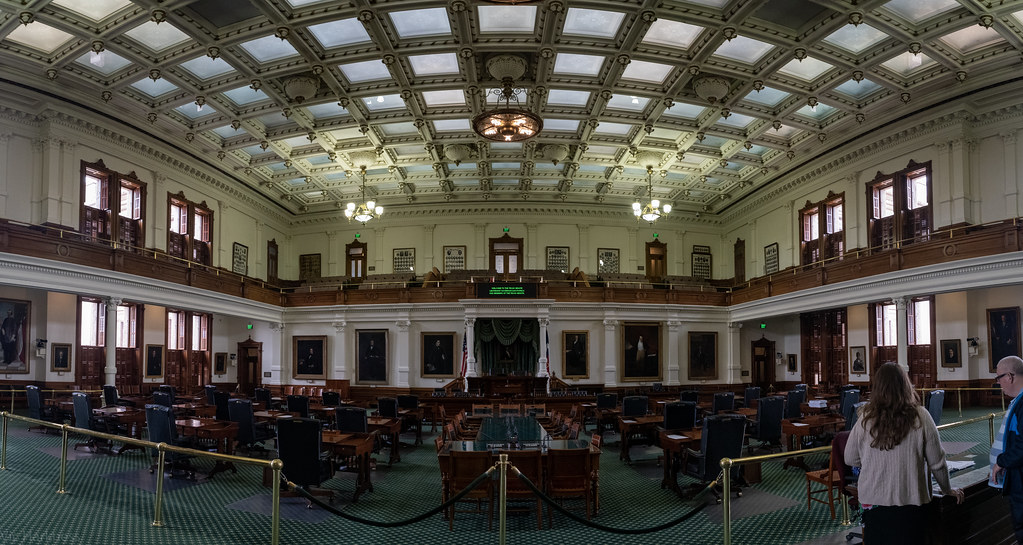 Here, 31 state senators will meet during Texas legislative sessions to discuss state law with the House of Representatives. This room features two large paintings showing the Battle of San Jacinto (said to be the most decisive battle of the Texas Revolution). Of course, the room is just chock full of stars. 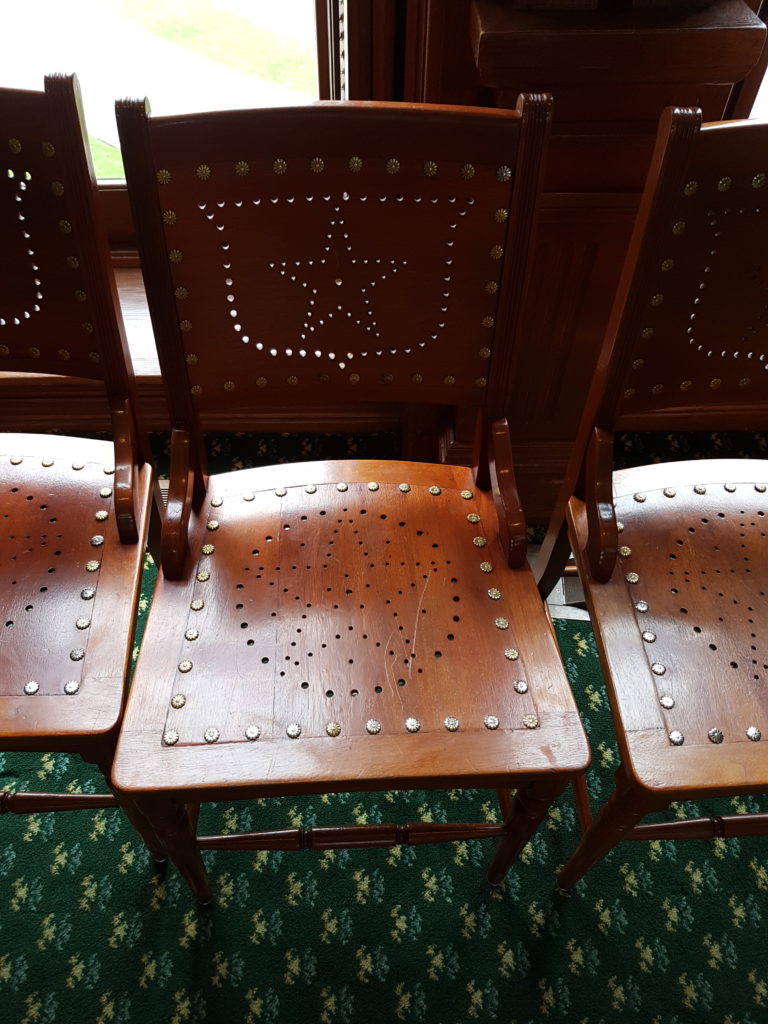 Even the lights are stars! 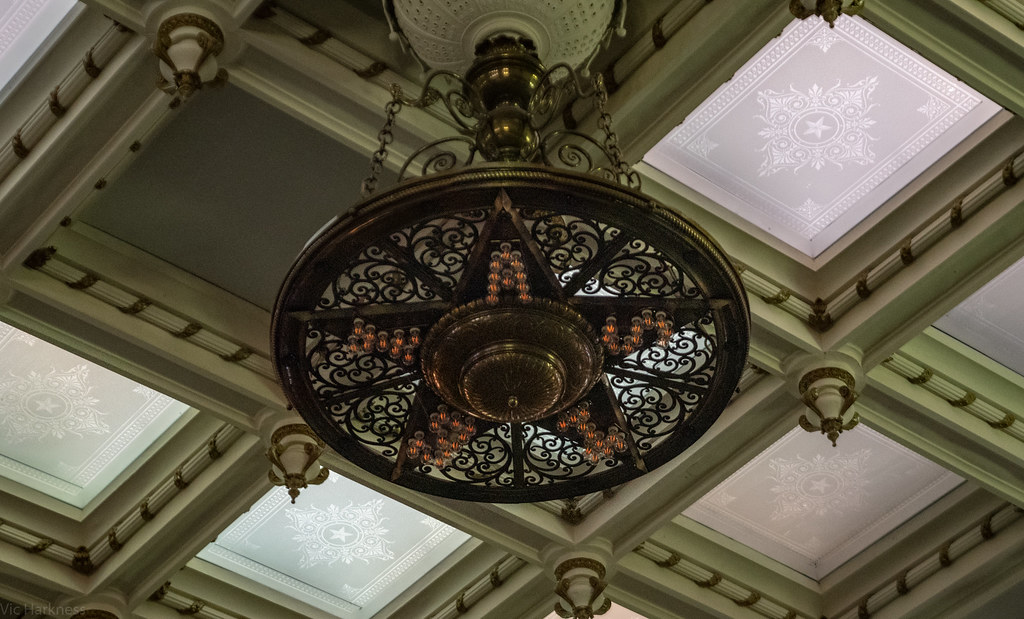 The capitol building is very ornate. Lots of marble floors and wooden siding. 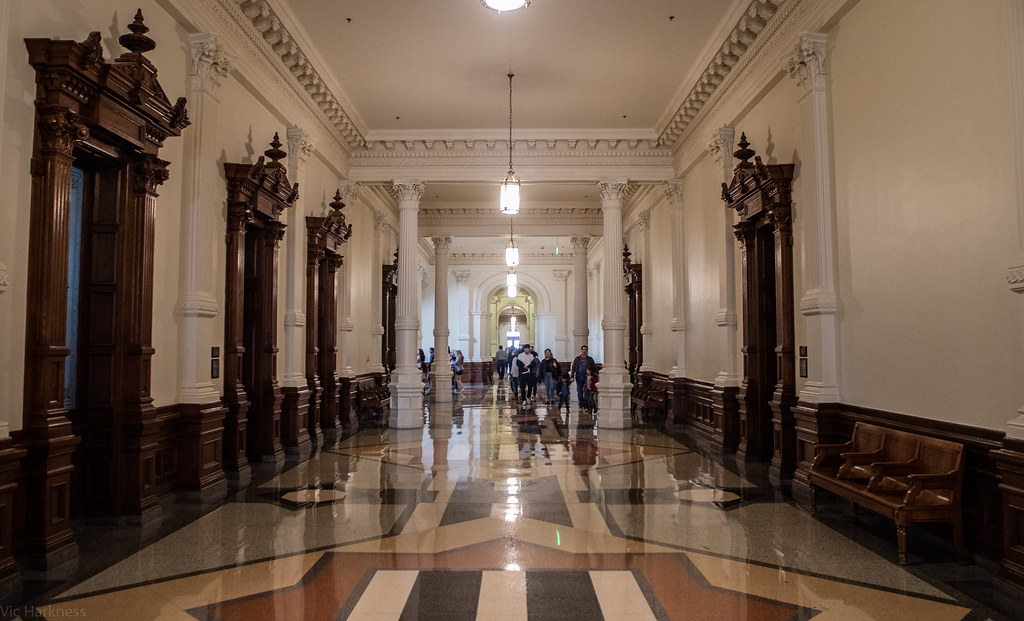 This did mean a lot of stopping/starting when trying to use the stairs, as they seem to be a prime spot for taking group photos (we saw what looked like prom photos, and some kind of ballet troupe).

To the west side of the building is the House of Representatives Chamber. 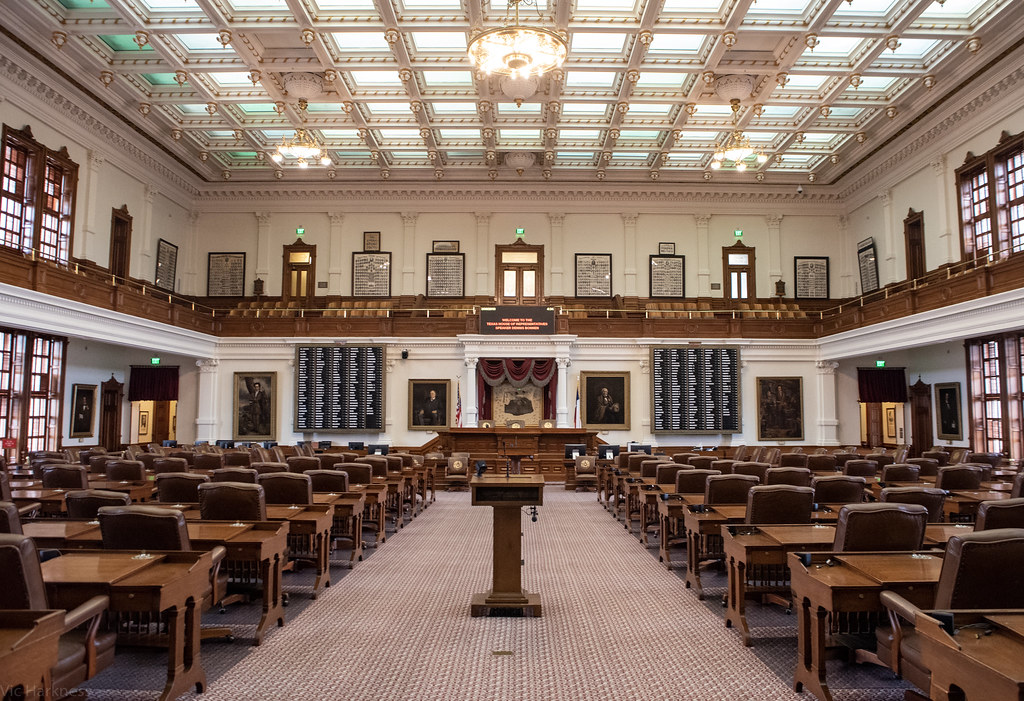 This room is the largest of the building, designed to seat the 150 members of the House of Representatives. Behind the Speaker’s desk is the only textile in the Capitol Historic Artifact collection: the flag from the 1836 Battle of San Jacinto. This room was equally star-spangled.