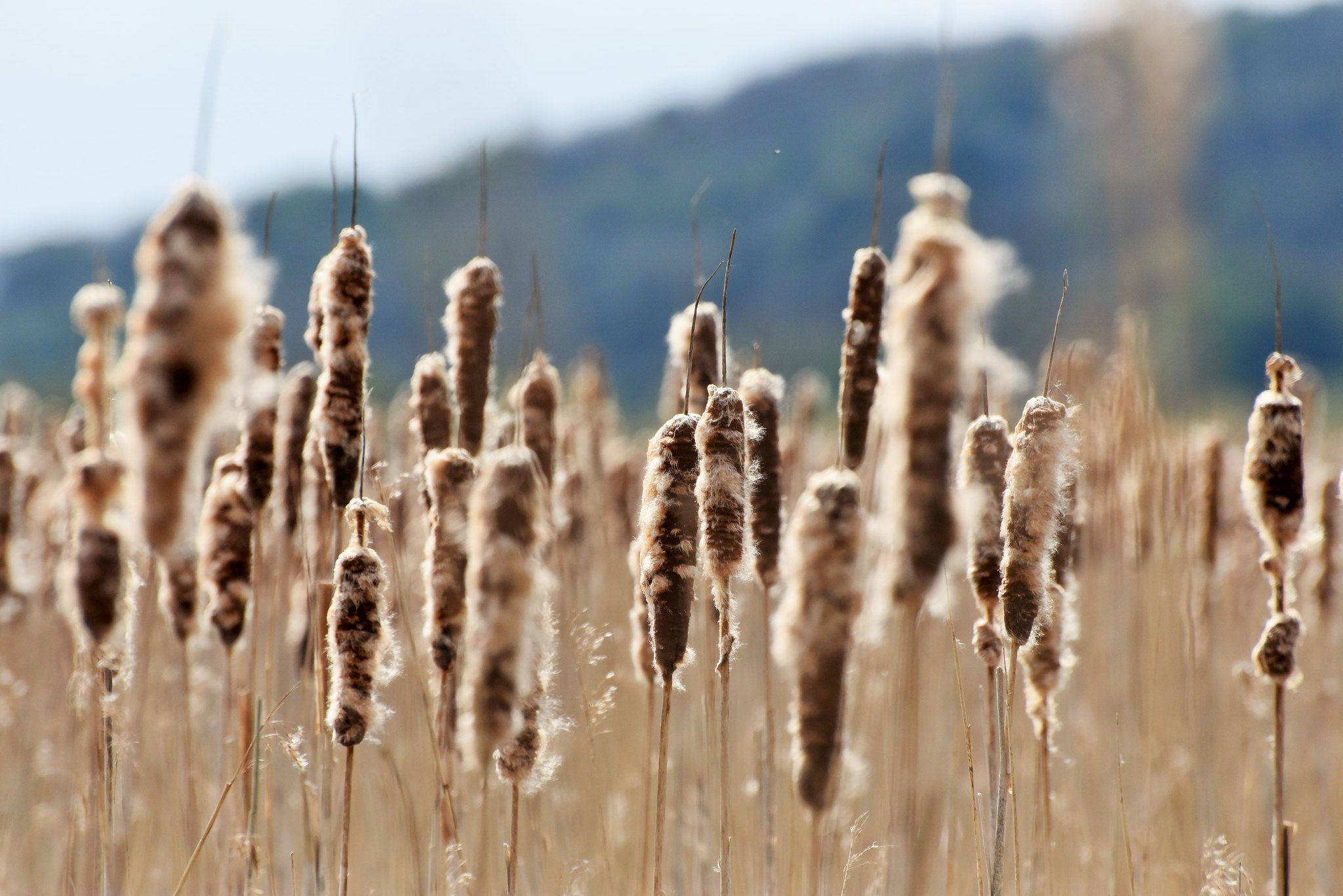 About a man named Colin

Colin is 89 years old.  He is not a relative of mine.  He is not an old family friend.  I have no tangible connection to Colin and yet, somehow, I feel responsible for him.

I first met Colin almost a year ago.  Back then I lived in a different town, and became involved in a local charity doing fundraising.  The charity also does social outreach- they were looking for volunteers to go in to old people’s homes, and spend time with them.  I decided to give it a try, and ended up spending an afternoon a week in a care home specialising in people with disabilities (generally, Alzheimer’s/dementia).

These disorders are not pleasant.  I cannot sugar coat it.  People with these conditions die twice; their body continues to walk after the first death but their soul, or the very essence of what made them them, is gone.

The world is difficult for these people.  There seems to be two main directions suffers go.  They either withdraw in to them self, spending most of their time sat quietly as their brain eats itself.  Or, they become Very Confused.  They think that it is 1993, and wonder why their long dead child hasn’t been to visit them.  They don’t understand why they’re in this place, they want to go home.

I had this conversation with a lady at the home a few times.  She wants to leave.  She has spent the day visiting here and it’s been very pleasant, but she’d like to go home now if you don’t mind.  My first time speaking with her, I made mistakes.  I tried to explain that no, she lives here now.  This was, of course, preposterous.  She lives just up the road!  If only she could find her keys, she would show me.  I said that her house had been sold.  She said she would never trust her children to do that.  Besides, where’s all her furniture?  There’s no way it would fit in the tiny rooms here.  I said I don’t know what happened to her furniture.  She wanted to speak to her children to confirm all of this, I didn’t have contact details for them.  She was already quite agitated, and I was not a calming presence for her.  I added to the confusion.  She kept repeating that it wasn’t right for us to do this to her.  I had no response.

Speaking to another carer, she’s been in the home for many years.  Both of her children are dead.  There is no house, no furniture.  She became a regular sight at the home for me.  Always wanting to leave.  Her house is, after all, just down the road.  It’s not right for us to hold her here against her will.  I suppose that’s her existence now- to live in a loop, every day experiencing the distress of being trapped in a building without reason.  I can only hope that if I am ever touched by dementia, someone has the good graces to shoot me.

During my time at the care home, I spoke to various people.  Every week I would reintroduce myself, and we would have the same conversations.  There was however one person that remembered me- Colin.  He was in the care home because he had suffered a stroke 8 years ago.  Half of his body remains paralysed, his memory isn’t great, but he remembers me.  He frequently forgets my name, but that’s OK.  He remembers who I am, and without fail the first thing he will ask me every visit is “Have you got a boyfriend yet?”

I quite like Colin.  I have no grandparents, he has no grandchildren.  I suppose that makes us a good match.  When I moved away from the area, I felt that I couldn’t just stop visiting Colin.  So, I make the drive back every other week to visit with him for a little time.

Colin was in the Navy, joining just after WW2.  We talk about where he went, we talk about the ship he was on.  We talk about his wife, his brother and his son.  We talk about how he used to work on the markets, selling plants.  These conversations are never in much depth.  The stroke gave Colin quite bad memory loss, and he can’t remember all the details of his past life.  Memories were still returning.  He told me once that he’d remembered that his wife had died, but he still can’t recall how.

Colin has a son.  Colin’s son wants nothing to do with him.  We are rarely the villain when we tell our own stories, but even with what Colin has admitted to saying to his son, I don’t blame him for ceasing contact.  Colin knows that he is dying, and would like to speak to his son.  He asked me if I could help him: find his son.

Colin provided me with his son’s name, and told me that he worked on the markets (like his father).  I searched online and found a news article relating to his son.  He had been hit by a van when working on the markets 5 years ago.  Beyond that, nothing.  No contact information, no Facebook account to reach out to.

I took to the markets.  First, I went to the Salisbury market on a Saturday.  I asked around, and people knew of his son (albeit by a nickname).  He wasn’t there that week, but they pointed to where his stall was normally set up.  I returned another week, and he still was not there.  I spoke to Colin again about the markets.  These markets are the same sets of people, moving around on different days.  He said that his son used to work the market down in Lymington on Sundays.  I drove down to Lymington.

In Lymington, I again did not find him.  I did however get something of a lead.  I spoke to a man selling plants, and he had in the past known both Colin and his son.  He told me that in more recent years, the son had begun to tell people that his father was dead (and indeed he was surprised to learn that Colin was still alive).  We talked a while; he told me that Colin’s son rarely worked the markets now due to ill health.  He told me that he purchases his plants from the same vendor further up the chain as Colin’s son does, and said he could leave a message there for me.  I gave him my phone number to pass on.

I returned to the Salisbury market, and was told by people that although they hadn’t seen the son on the Saturday markets in a while, they were pretty sure that he was still about on occasion at the Tuesday markets in the city.  I book half of a day off from work, and come for that morning market.  Still, no sign of him.  I ask stall holders about who organises the markets.  One man helps me try to locate the man in charge, but cannot find him.  I thank him for his help.  Eventually, a waste disposal man provides me with the phone number of the organiser.  I call, and speak to him.

Of course, he cannot provide me with personal information of people involved with the market.  He can however tell me that Colin’s son very rarely works the markets now, and is not expected to be about any time soon.  He offers to pass my phone number on, which I gladly accept.

Later that week, I’m at work when I get a phone call from a private number.  It is Colin’s son.  He says that he understands that I am looking for him.  I explain why.  He states that he has no interest in speaking with his father.  He is polite yet firm, and requests that I stop trying to find him.  I agree.

How can I tell Colin this?  As it turns out, I did not need to.  At Christmas, he was diagnosed with dementia.  He has, in my inexpert opinion, gone downhill fast.  He seems to have forgotten about what he asked me to do (true, it’s been months in the works).  From my experience of speaking to people suffering from dementia, I don’t want to be the one to break the news to him.  To rudely jerk him out of a comfortable world view where his son doesn’t hate him?  It seems unnecessarily cruel.  I resolved to tell him straight if he ever asks me about his son, but that day has yet to come.

As Colin’s illness has progressed, he has become more easily agitated.  He has started sporadically refusing food and drink.  He tells me that every day he refuses to take any pills, as he doesn’t see why he needs them.  One of the first things he ever said to me when I met him was that he always takes his medicine, because it is not something to be messed with.

On a recent visit to see Colin, his arms were covered in bruises.  I asked what happened, he told me that a carer had done them.  I reported this to a colleague within the charity, who took the matter to the police.  This is still ongoing.  Hearsay tells me the carer in question claims he attacked her.  I can understand why this would be believable.  Colin is not the type of dementia sufferer that goes gently into that good night.  Him becoming aggressive is viable.  The problem, for me, is that he has bruises on his paralysed arm.  The arm that would need no restraint because he is physically incapable of moving it of his own volition.