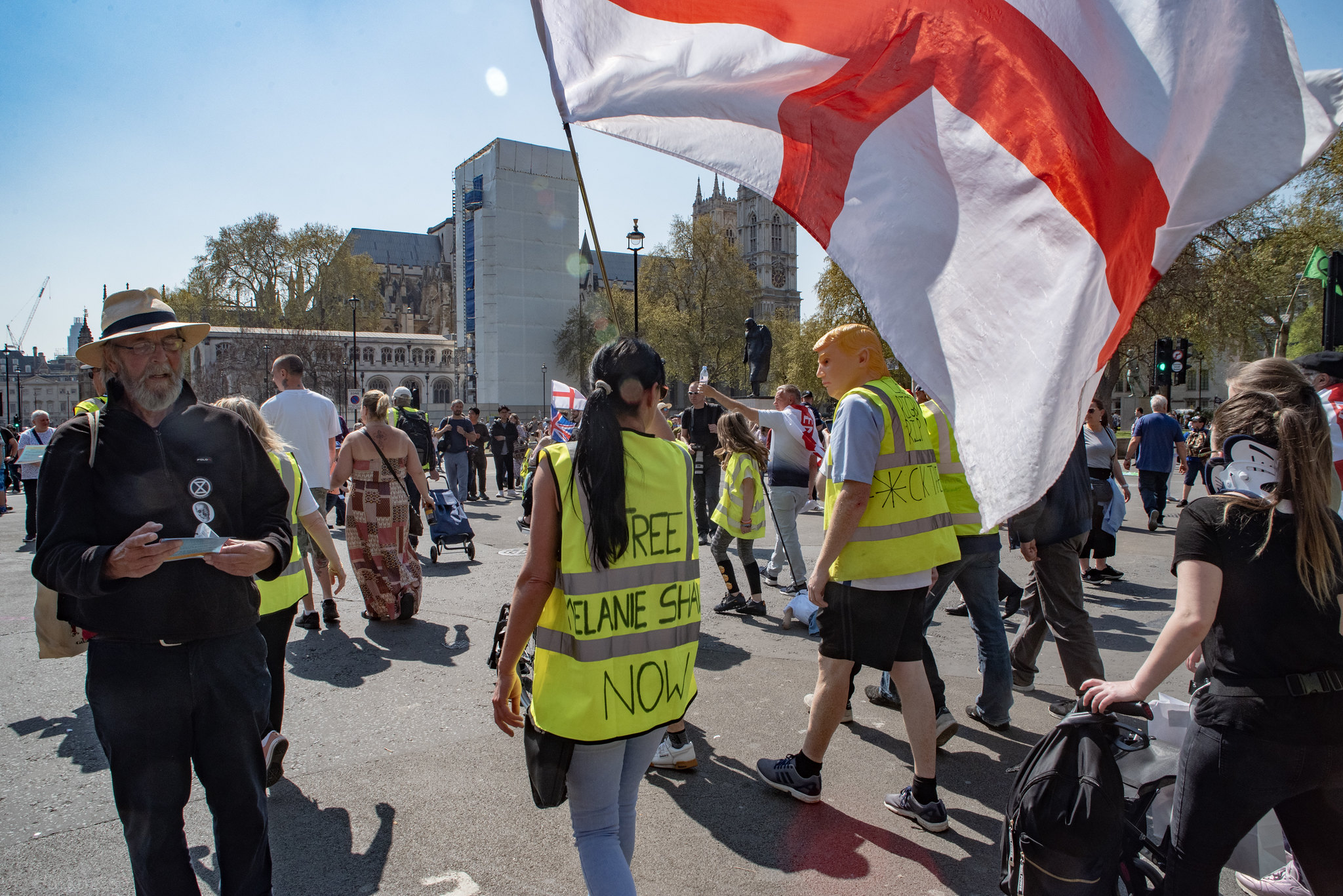 In London this past weekend, it wasn’t just the Extinction Rebellion protests. When I was in Parliament Square Gardens to check out the ER lot, a pack of what appeared to be pro-Brexit protesters appeared. 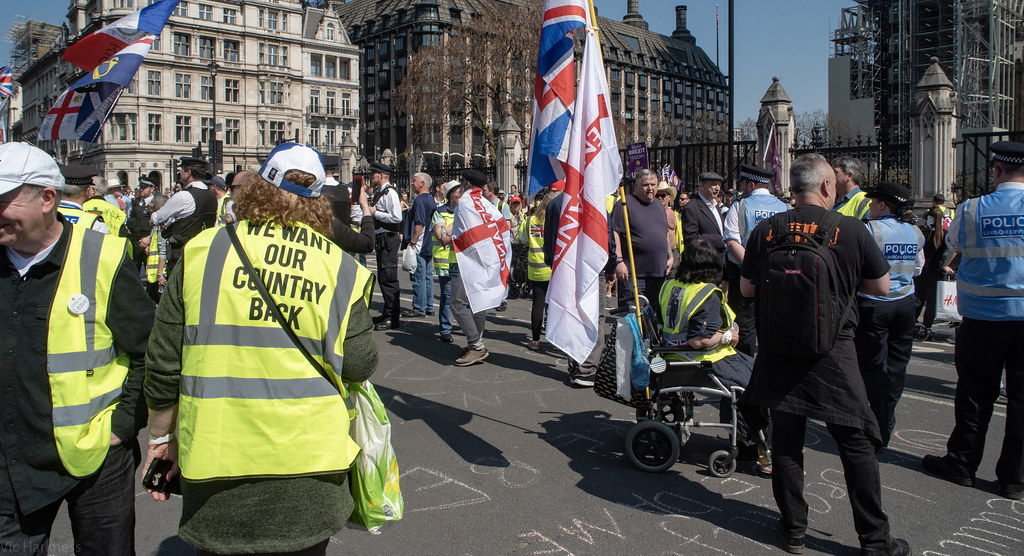 I’m slightly hesitant to call them collectively Brexit protesters, because they seemed to be a mix of all sorts of postures. We had the above seen “We want our country back” lot, who were handing out leaflets denouncing the Lisbon Treaty. There were a few UKIP signs. There was a whole lot of anti-police sentiment, aimed at the people who were doing their best to make sure that the Brexit bunch didn’t get beaten up by the general public. 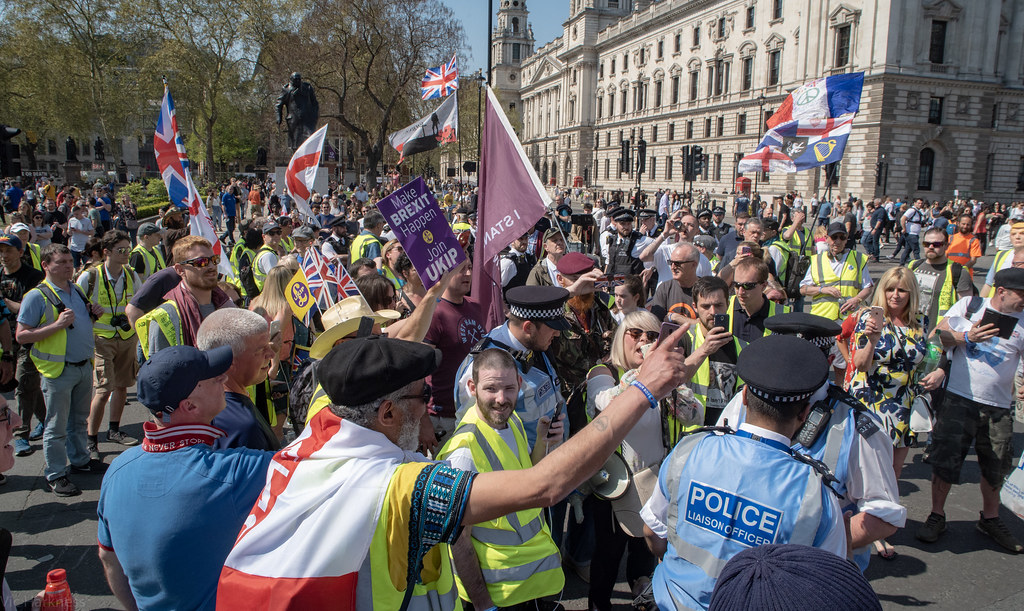 There was a sign warning that if we stay in the EU then communism will win. 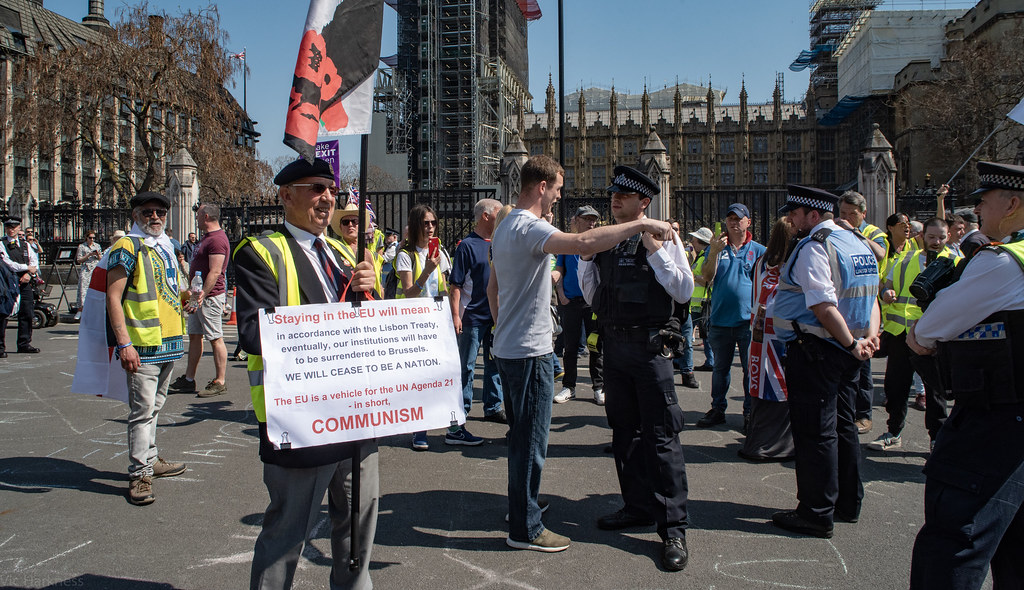 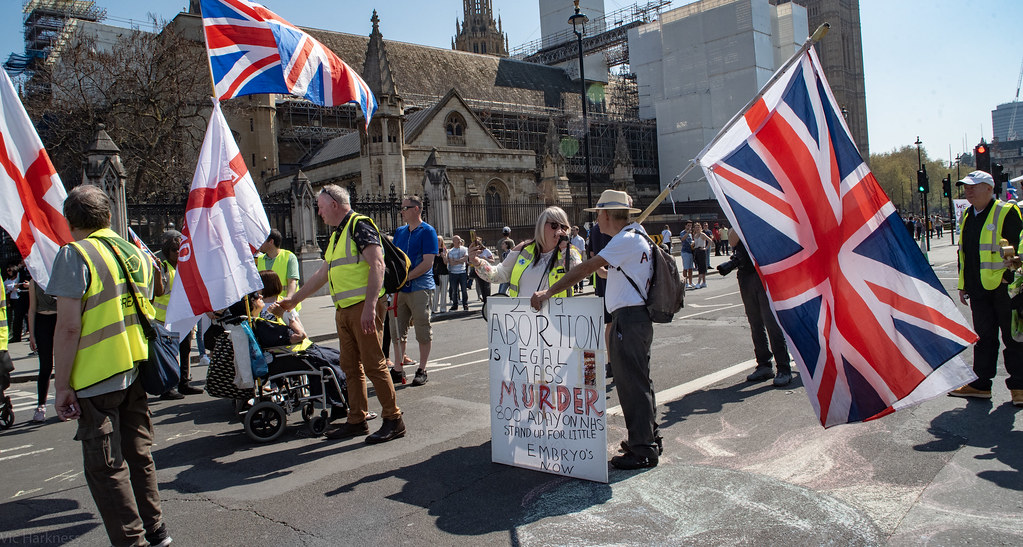 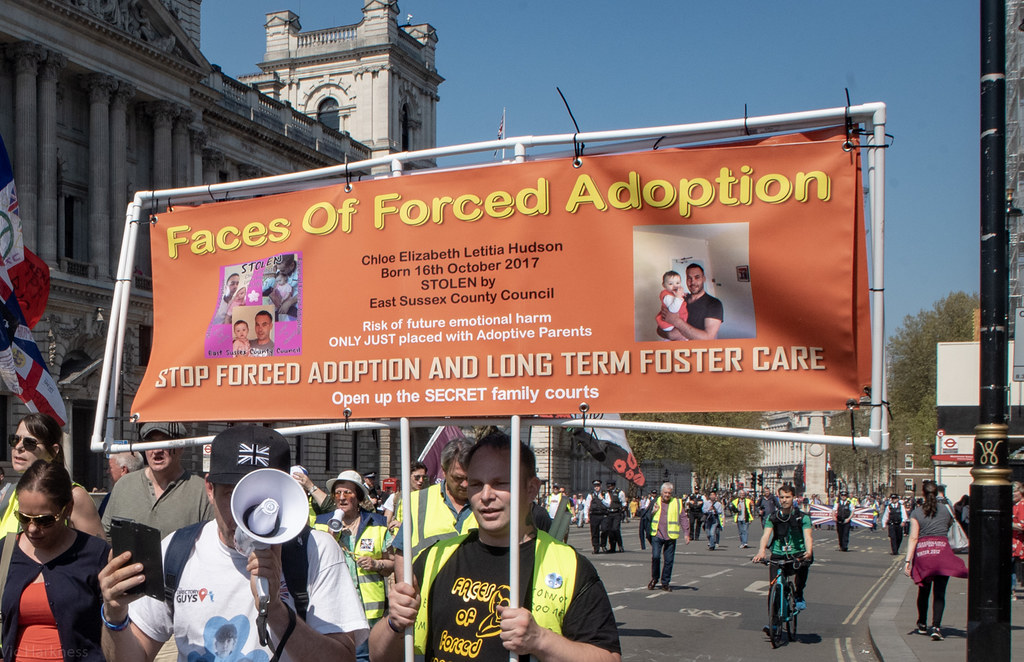 A real mixed bag!  The group brought along their own smoke canisters, which was kind of funny to see- A whole lot of them yelling as it’s set off, then zero reaction from the police. They all just ended up stood around watching it, chucked another when that one finished, doing the same yelling-watching routine again. 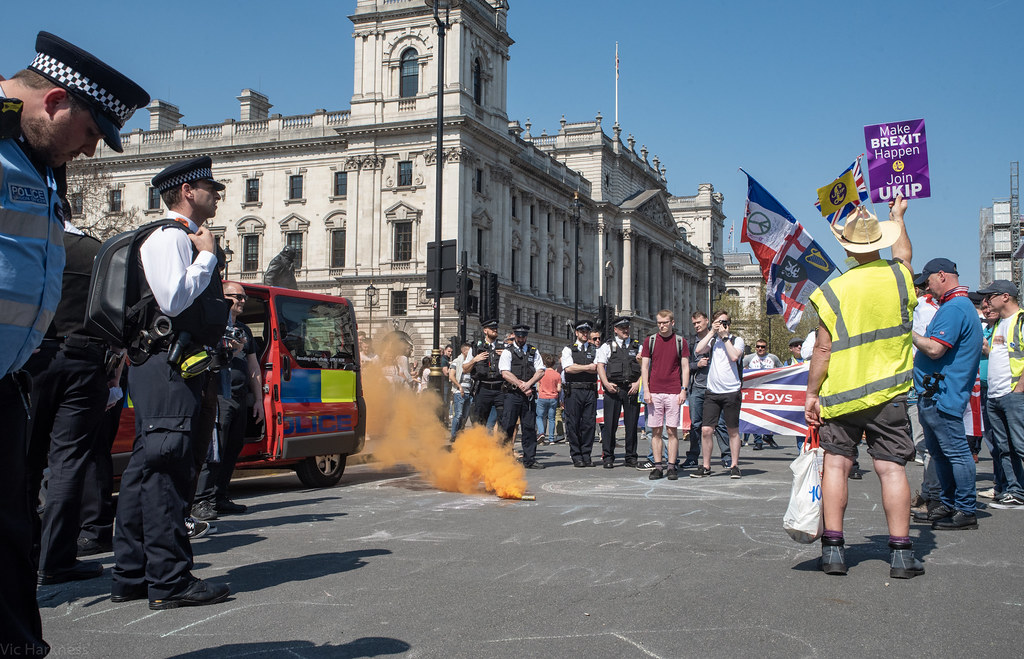 There were a few clashes with the general public. A guy on a bike tried saying god knows what, but was met with abuse. The police ended up having to help him get out, as the crowd swarmed him. 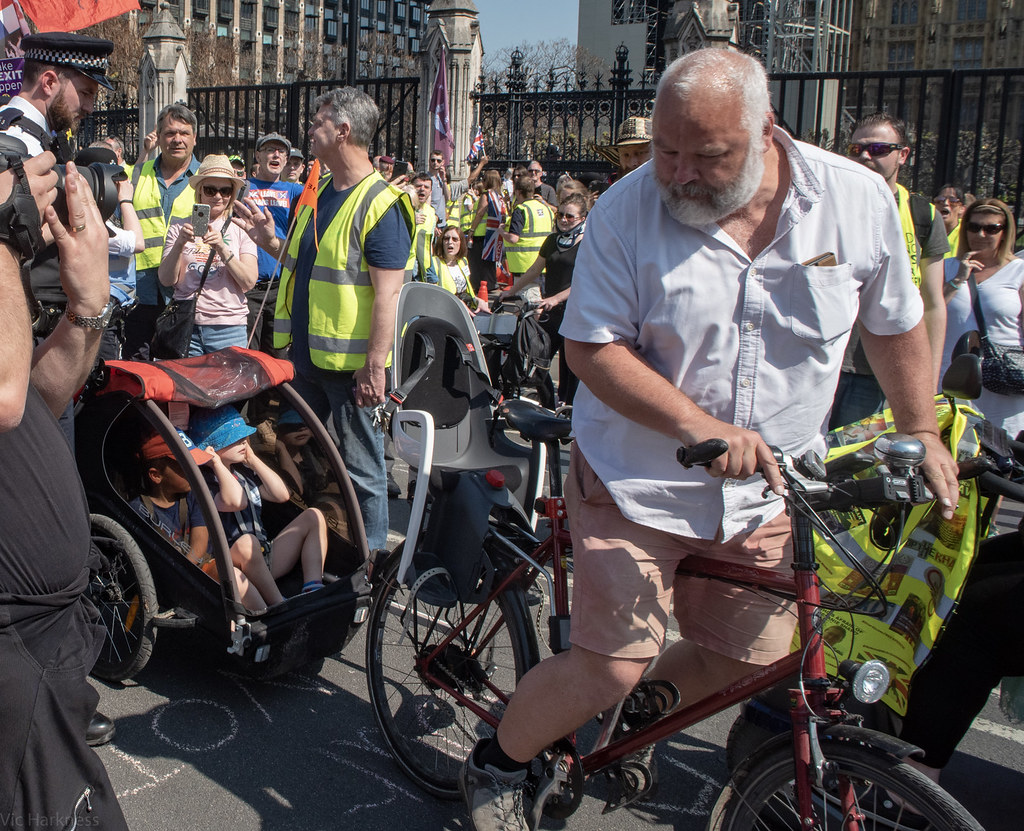 You’ve got to feel sorry for the kids he’s carting around- hands were firmly over the ears during the tirade!

A few other people tried heckling, but were generally shouted down. No physical altercations, just a whole bunch of yelling. 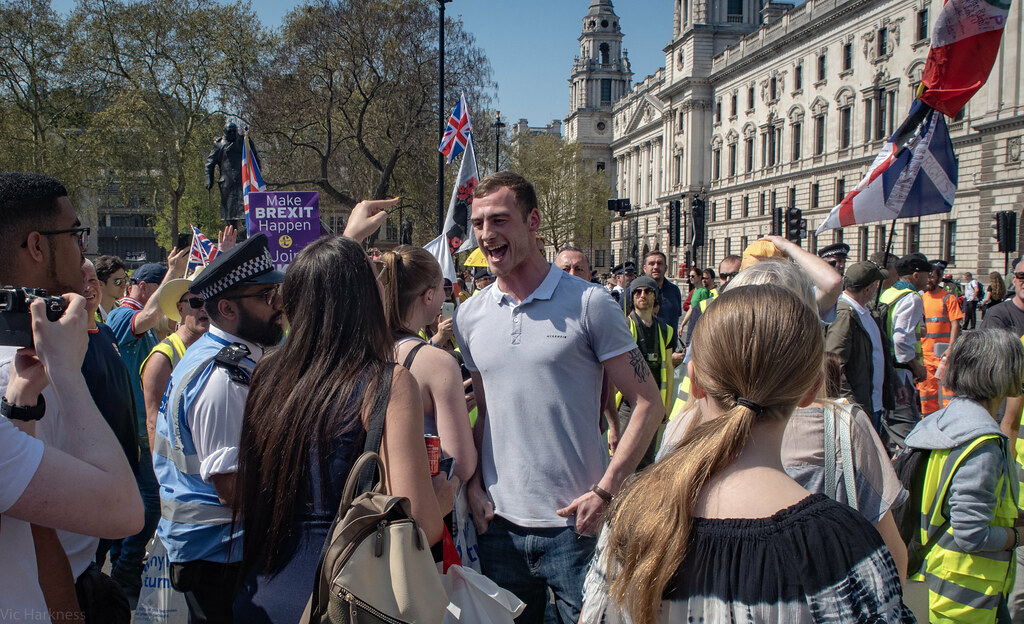 The group was dragging around dolls (one of which had Hillary Clinton’s face on it?), and tied these to the railings of parliament. These were immediately removed by the police, and after loitering for a half hour the group moved on to continue their march elsewhere.

I’m told that this is a weekly occurrence in London at this point- probably why the police seemed so bored by it all!