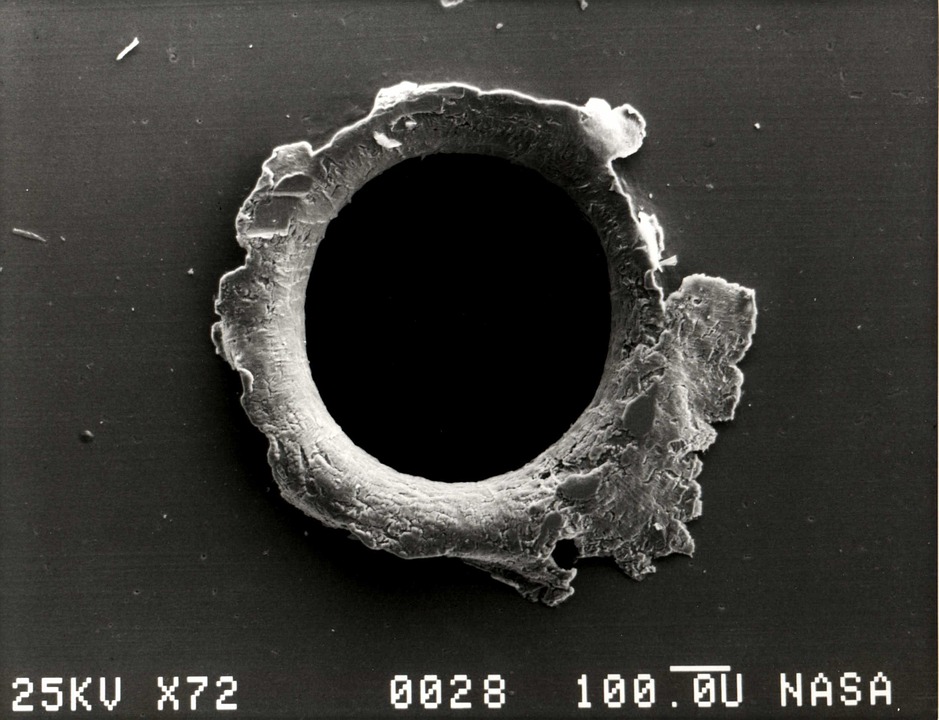 A topic that I like to repeatedly comment on is the issue of space environment management. If you are interested in this subject, read my prior posts here:

As I mentioned in the last post, there’s a lot of proposed methods to clean up the space environment. In the post I revisted various suggestions that had been made at the time, but times have changed- what’s new? This post will describe some of the newer suggestions.

RemoveDEBRIS
RemoveDEBRIS is perhaps the most high-profile of the recent developments, having received mainstream news coverage after recent successful trials. The RemoveDEBRIS satellite was launched on a Space X Falcon 9 rocket last year up to the International Space Station, from which it was relaunched in to orbit. In previous trials the system was able to capture a dummy piece of debris in space via an (untethered) net. In the latest trial, the system was able to launch a tethered harpoon which secured the dummy target. This led to some breakup of the target, which is in itself a problem as it generates more debris.

This project is perhaps one of the most promising. It doesn’t just sit in the minds and paperwork of scientists; a real system has been deployed to undertake real tests. As the project appears to be interested in testing out multiple methods of debris securing, it’ll be interesting to see what comes next!

Plasma thruster
The plasma thruster methodology, proposed by Tohoku University, is in some ways the opposite of the proposed tractor beam that I have mentioned in prior posts. While the tractor beam aims to draw in objects for safe disposal, the plasma thruster aims to push objects away to induce deorbiting. To avoid the issue of the force of the projection altering the orbital path of the host satellite, the system is designed to simultaneously launch a secondary compensatory beam from the opposite side.

In lab trials, a helicon plasma thruster was used to demonstrate the concept; it was found that via magnetic field steering, the beam could be targeted towards a piece of debris and enact force upon it whilst maintaining zero net force upon the source via the simultaneous bi-directional beams. The system is also said to be suitable for long operations where power may be a constraint.

This concept seems like another interesting one to watch, although it is unclear by how much the test debris could be moved. To induce deorbiting it seems that it would have to be pushed quite far, perhaps being chased by the system for quite some distance. I hope to hear more from this research group in the future.

CleanSpace One
CleanSpace One is an interesting project in that it is targeted towards a specific piece of debris- SwissCube, a cubesat launched back in 2009. The system remains functional, although its operation has been handed over to Swiss Radio Amateurs. With the SwissCube having been the first Swiss-owned satellite to have been launched, the CleanSpace One project was instantiated by the Swiss Space Center before being handed off to the EPFL Space Engineering Center (eSpace).

The project is currently in a funding consolidation phase, but research is being undertaken by students concurrently; through this work strand, a “PacMan” solution for the satellite’s capture has been decided upon. This system would use a conical net to capture the cubesat, which could then be retracted in to the launch platform for disposal.

A project with a specific piece of debris to clean up is quite interesting. Projects generally give a nod to the debris generated by the infamous Chinese satellite destruction test back in 2007 (as indeed this one does), but rarely specify exact targets. Perhaps the sense of responsibility that is felt for cleaning up the cubesat will help to motivate this project. It would I imagine make a quite interesting museum piece if it was possible to recover the system!

Gecko Gripper
Rather than a complete solution, Gecko Gripper is a proposed method of debris capture. Much how a gecko may use the setae on its feet to climb walls (and let go of them when needed), this bio-inspired system would allowed for glue-free adhesion which could be switched on or off as needed. This would not only have implications for debris collection, but also generally around the ISS and space environment (I imagine it would be quite useful to be able to put tools down without having to be concerned about them floating off).

The Gecko Gripper system has been tested by the NASA Jet Propulsion Lab in zero-G environments via parabolic flights, and has found to still be functional. It seems likely that it will make its way to the ISS for in-situ tests in the future, and it seems as though the system could be incredibly useful even if it doesn’t end up being used for debris recapturing.

Astroscale ELSA-d
The Astroscale End-of-Life Service demonstration (ELSA-d) system is a satellite recapture system which is scheduled to launch in 2020. The system to be launched is in two parts- the capturing system, and a dummy satellite to capture. The system will make use of magnets to recapture the dummy target, and hopes to run multiple trials of the methodology.

As with the RemoveDEBRIS system, it’s good to see a project with concrete plans in place. The system will reportedly be capable of a variety of tricks including target searching, and capturing tumbling targets. Another one to keep an eye on, especially in 2020!

Kounotori Integrated Tether Experiment
The Kounotori Integrated Tether Experiment (KITE) experiment was launched to the ISS in 2016. The system was an electrodynamic tether one, consisting of a huge wire which would scavenge energy from the Earth’s magnetic fields. This energy could then be used to radiate electric currents suitable for redirecting pieces of debris towards re-entering the atmosphere and burning up.

Interestingly, I can find no mentions of how well this trial went. The press release announcing the project itself by the Japan Aerospace Exploration Agency (JAXA) has been deleted. From this I can only assume that the trials did not go very well.

PATENDER
The PATENDER trials were a joint effort between GMV and the European Space Agency (ESA) to test out net capturing methods in zero-G environments for suitability in space debris capture. Despite tests being successful, there have been no more mentions of the system. Hopefully it quietly fed in to other interesting projects.

Conclusions
This list is by no means exhaustive; I’m just a hobbyist doing some Google searches and collating information. It seems to me that the rate of innovation in this area may have dropped off a little bit, but that the ideas which have already been generated are being carried forwards now in to a future where they may become usable. Seeing trials such as those being conducted with RemoveDEBRIS (i.e. up in space) is very promising, and hopefully viable solutions are found which can be used.

The scale of the issue is likely to not improve very much in the next few years. All of these systems seem to be quite slow, and can only target one piece of debris at a time. With an estimated 29,000 pieces of space junk larger than 10cm in size and 670,000 pieces in the 1-10cm frame, it’s a hell of a mess up there. It would take a lot of systems performing a lot of captures to tackle the issue. Still, I suppose we have to start somewhere!

Here’s to not accidentally making the problem worse with shrapnel-generating space harpoons.