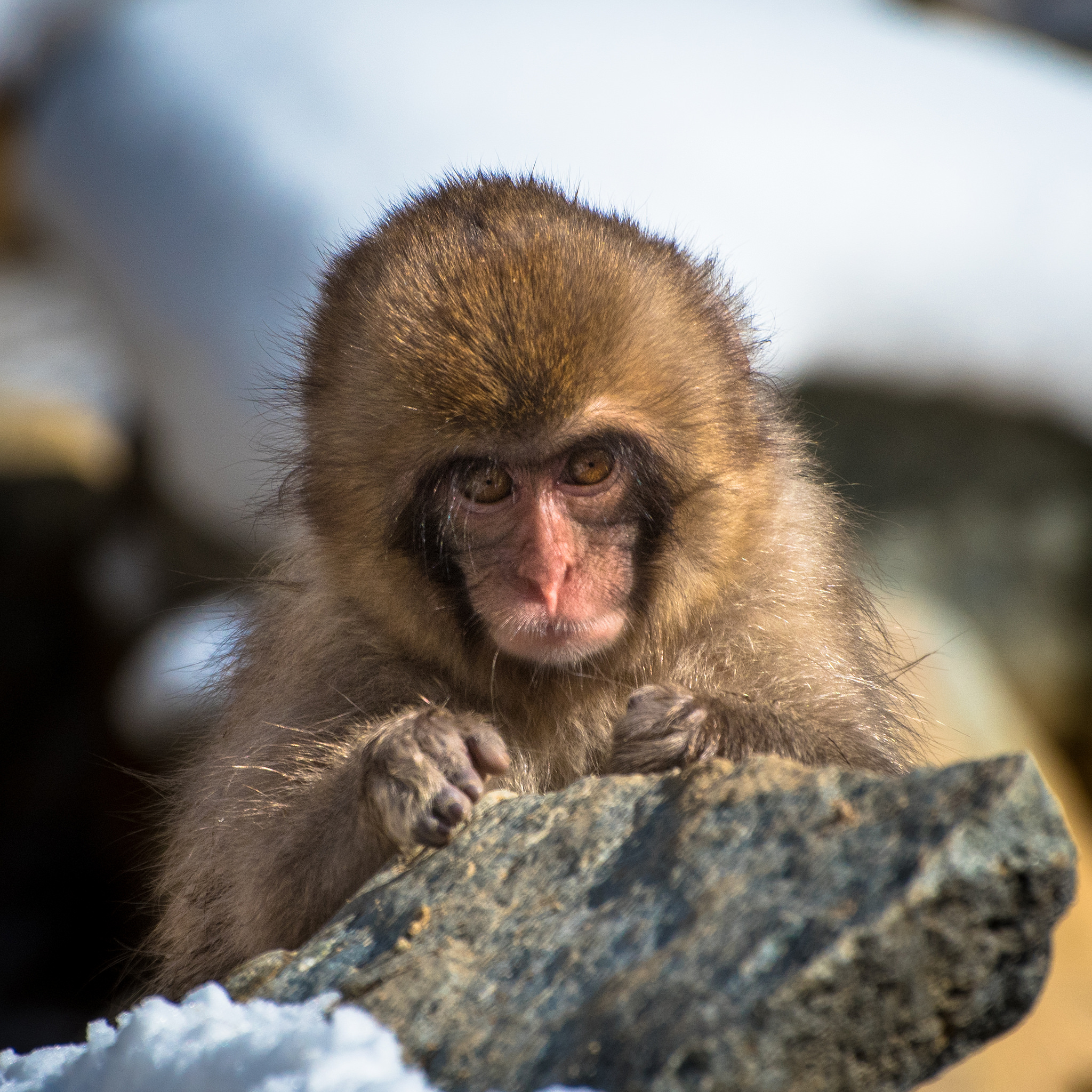 Published by Vic Harkness on February 2, 2019

Day 4, part 2. After spending the morning/early afternoon in Nagano, it was time to head up to the mountains and see some snow monkeys! The coach ride was a bit under an hour, and the further we travelled, the higher the altitude, the deeper the snow. Eventually we reached a coach park on the edge of a deep forest, and it was indicated that we would need to walk the rest of the way. We walked through the edge of the town (Shibu Onsen). We walked through streets of hotels and shrines (because no street in Japan is complete without a shrine). Apparently the small spa town also has its very own pachinko hall, but we didn’t see this. We walked onwards to a narrow path cut in to the side of the mountains. 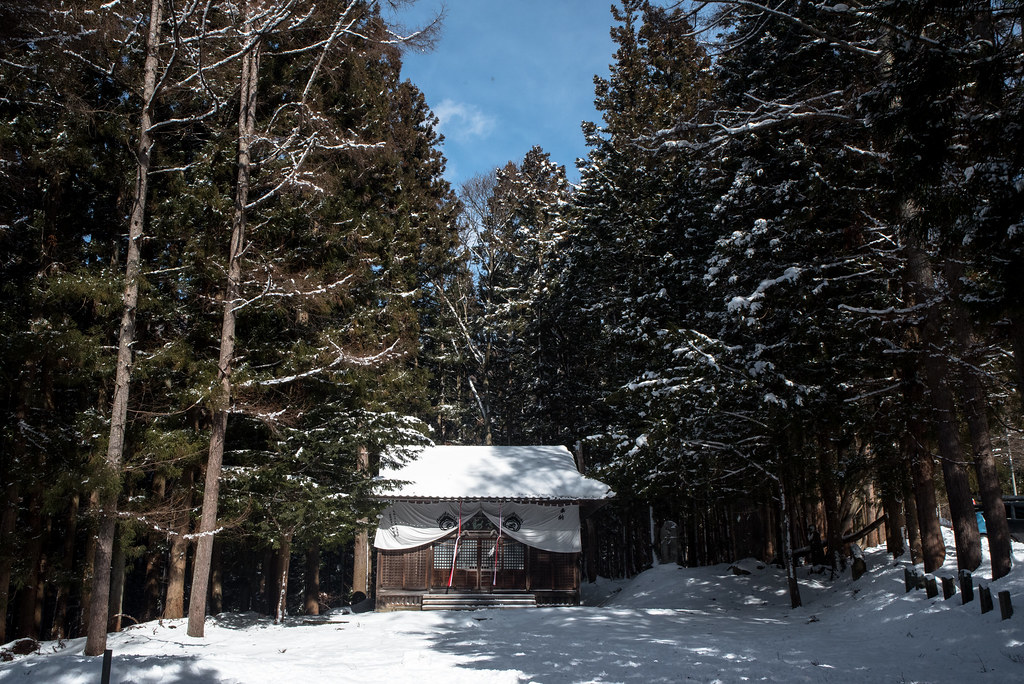 The walk took a bit under an hour- although it was only a bit over a mile, it was quite slow going at times due to the thick snow and ice. Our guide had pre-purchased our tickets to the monkey park, and so handed these out to enable us all walking at our own paces. 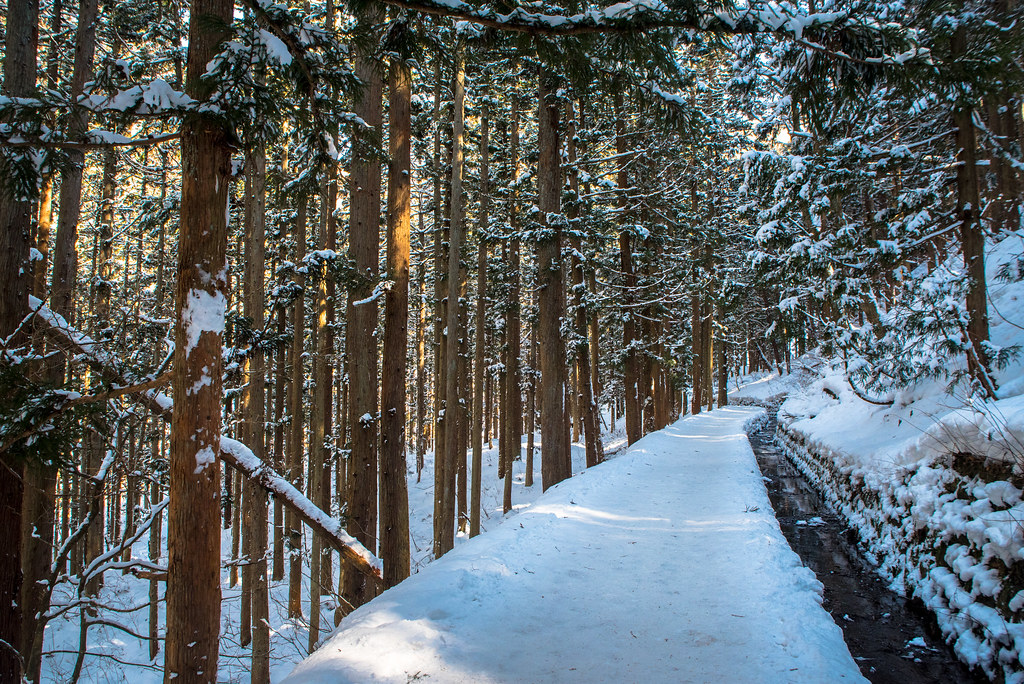 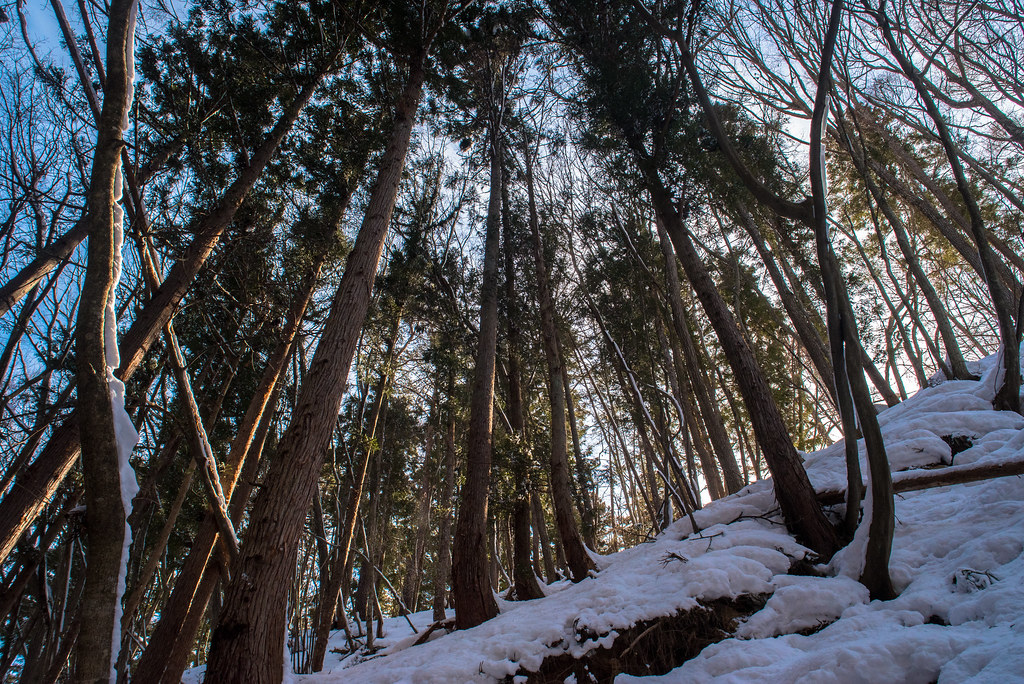 After a lengthy walk, we reached the edge of the hot springs. Here there was a spa hotel, called Korakukan, which has its own private springs. This hotel predates the hot spring pools we were headed to- the monkeys had observed humans bathing in the hot springs here, and decided to give it a try. The pools further up the mountain were then constructed to give the monkeys a place of their own to bathe. 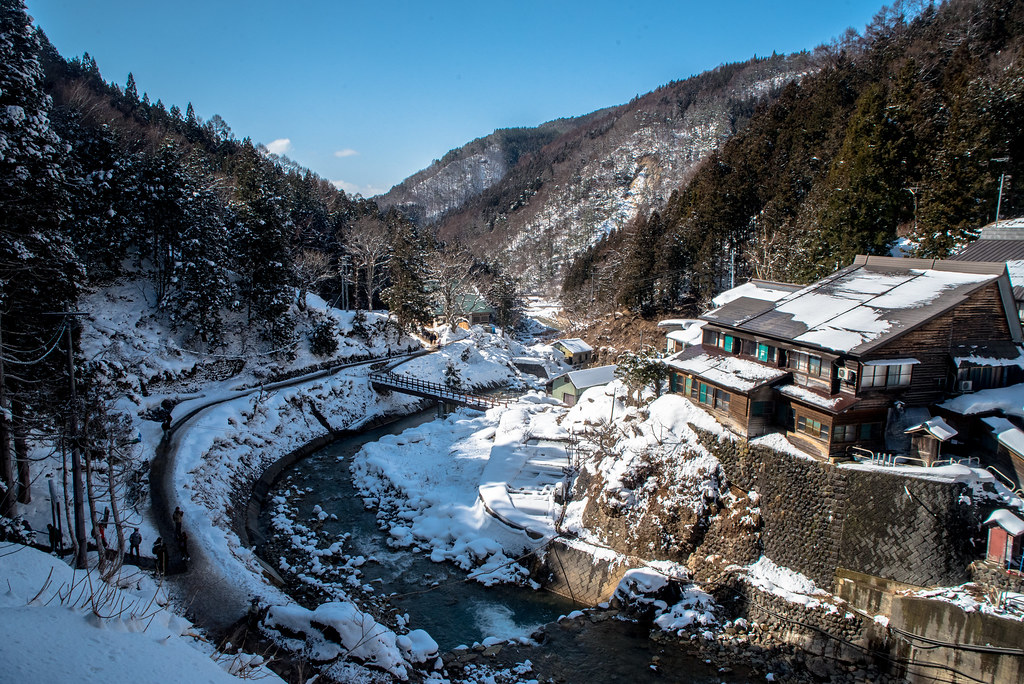 The monkeys occasionally come down to here, but generally they sit a bit further up the mountain (where we were headed).

A bit further on and we had reached it- The Jigokudani Yaen-koen snow monkey park! A series of waterfalls of hot steaming water, with small monkeys (to be correct, macaques) hanging around them. 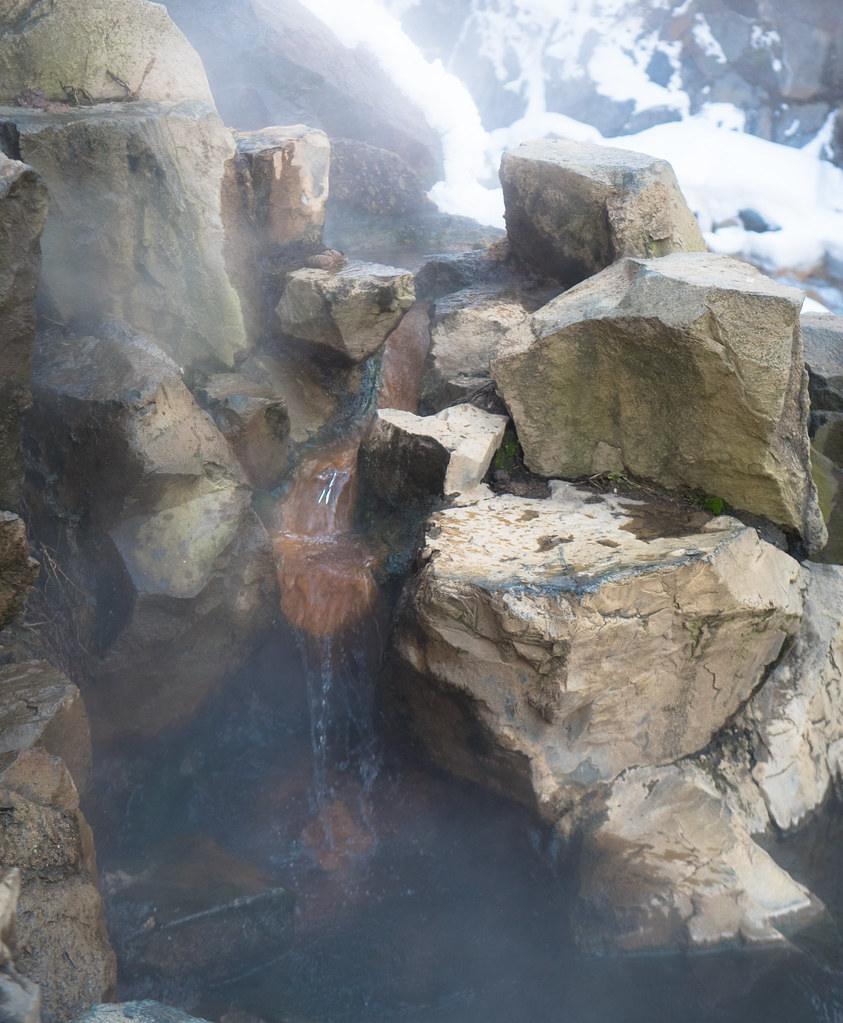 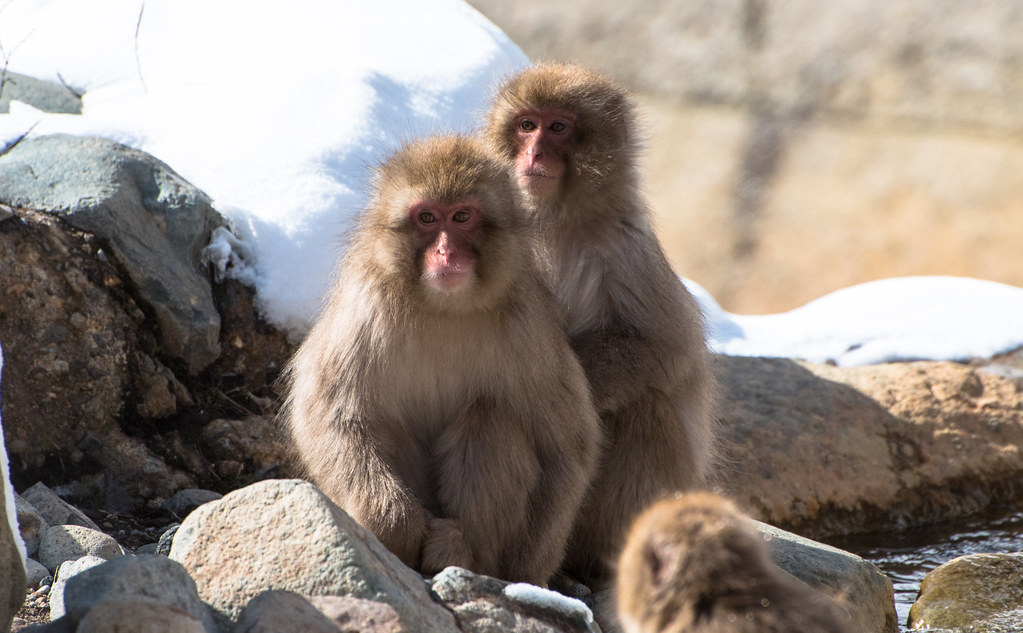 When I’d heard about the springs, I assumed that the monkeys would be hanging out in the water. According to the guide, this is generally not the case. The monkeys in fact generally only go in the water if they are ill, pregnant, or baited by tourists. It’s generally a last ditch effort to keep warm. Although the water is hot the air around the springs is still very cold (and the ground covered in snow). There’s nowhere to dry wet fur without being at risk from the cold, so the monkeys tend to avoid it. 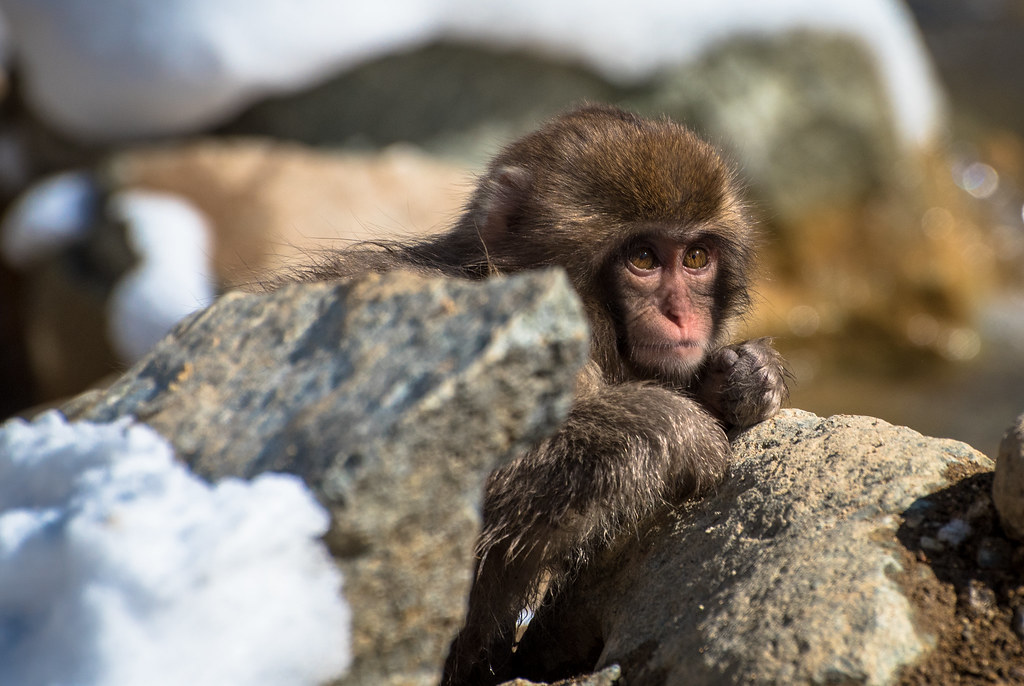 Due to the time of year that we were visiting, there were still some quite young monkeys about. These could often be spotted with their small family units. 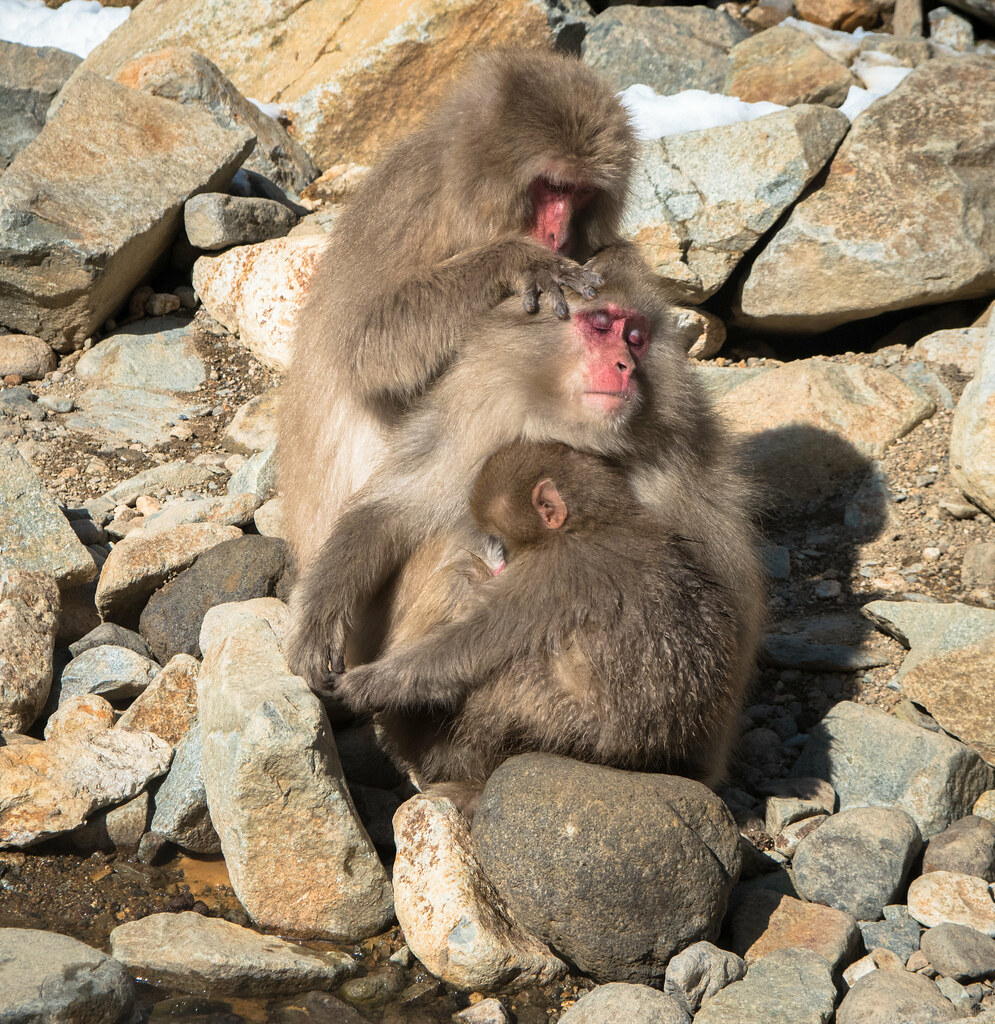 With occasional adventures down to the waterside to drink/eat some of the algae that grows on the rocks. Their natural diet also includes tree bark, wild fruit/nuts, and flowers/leaves. 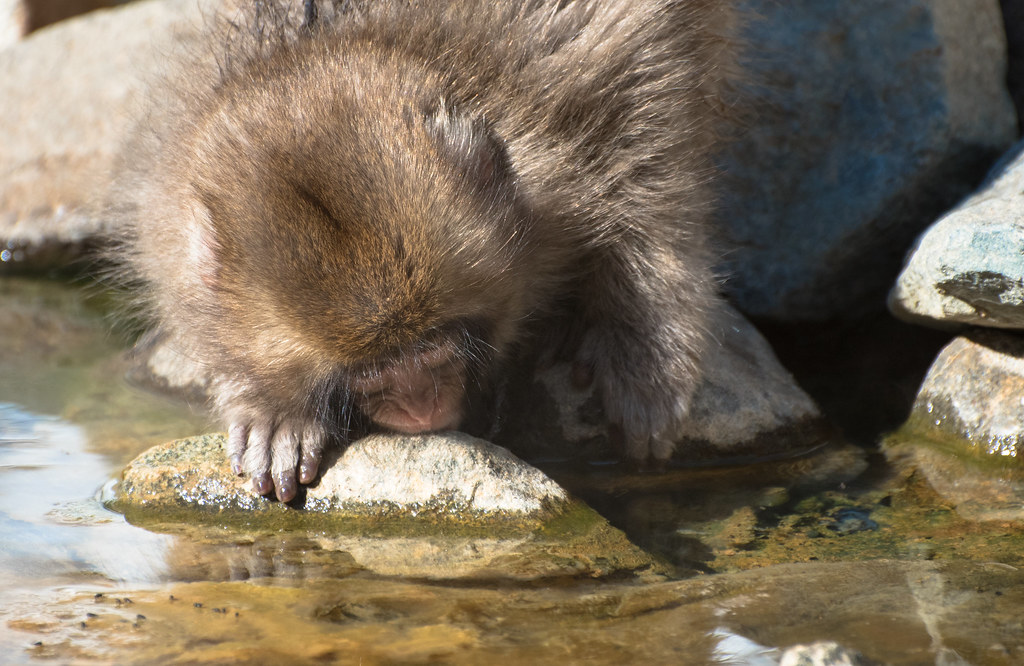 The monkeys in the park are generally fed by keepers daily (which can attract other animals, such as a wild boar that we saw). 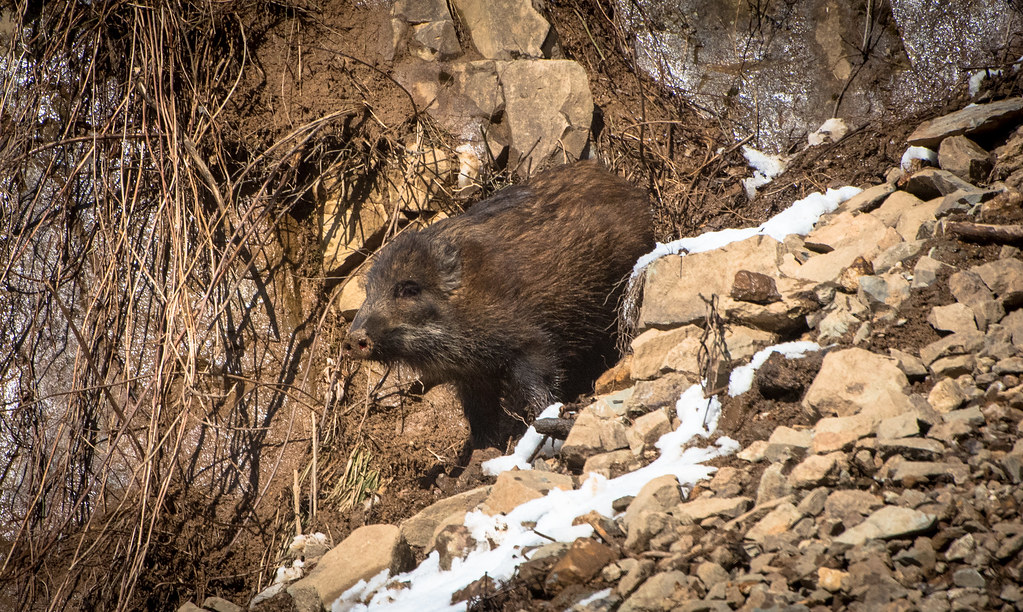 The monkeys in the park seemed to be quite used to humans. I suppose that when they see them every day (and indeed are fed by them), they no longer see them as a threat. When I was stood on a bridge taking photos, one walked right past me! 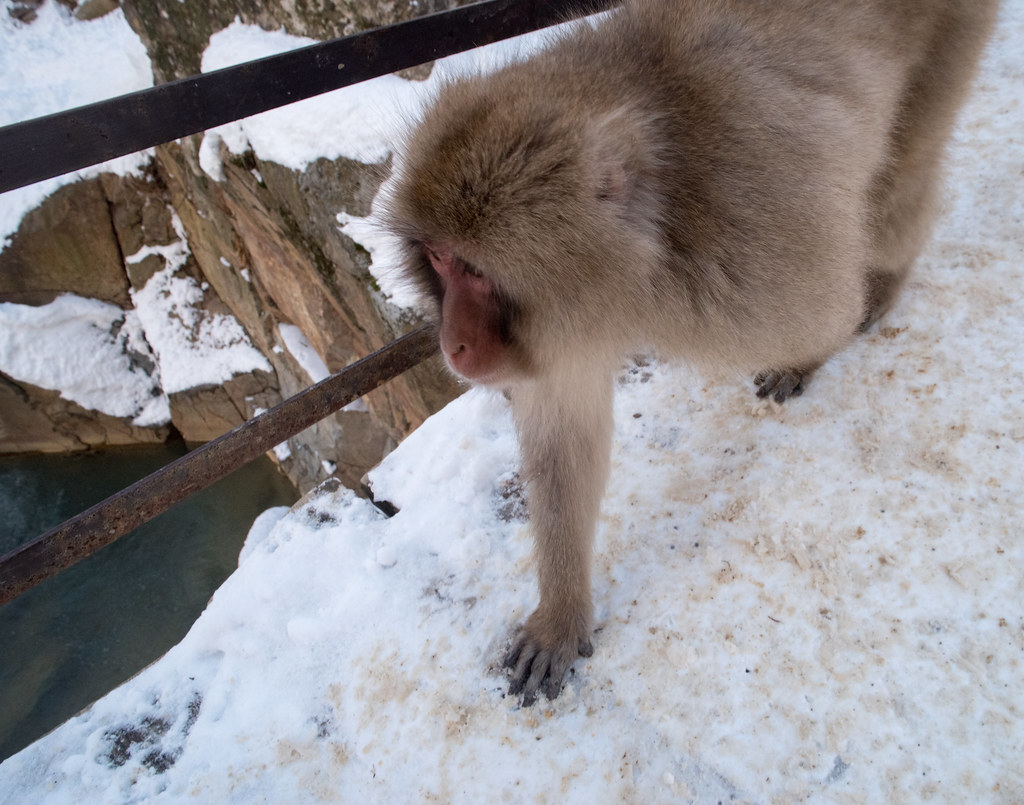 Generally, the monkeys seemed to spend a lot of time sat on the edge of the pools doing not a while lot. 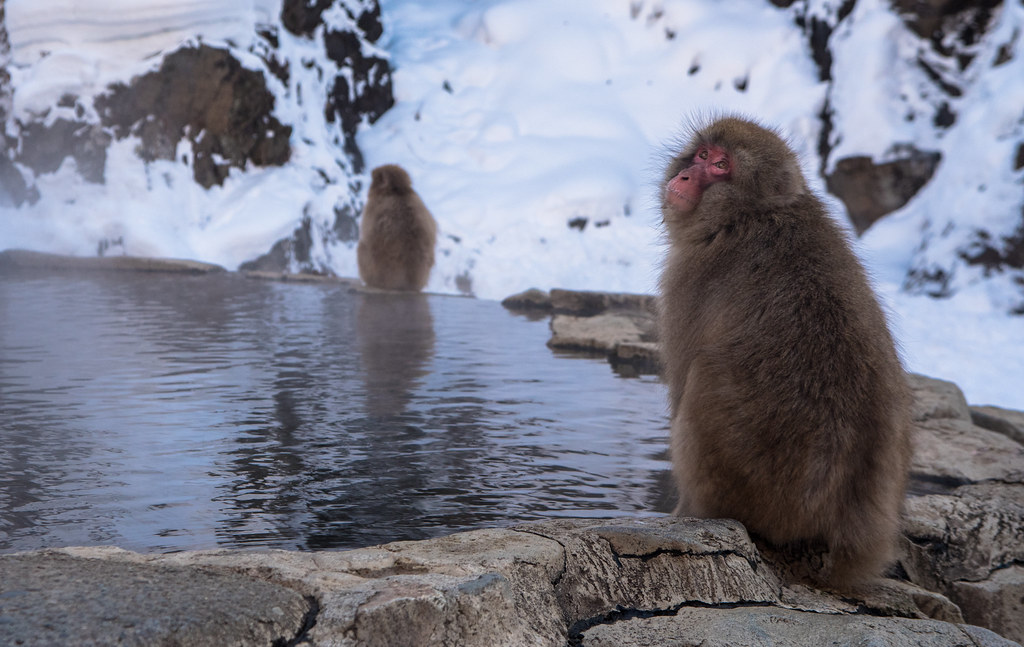 Not pictured: the swarm of 30 people with very large cameras just off to the side of the pool. 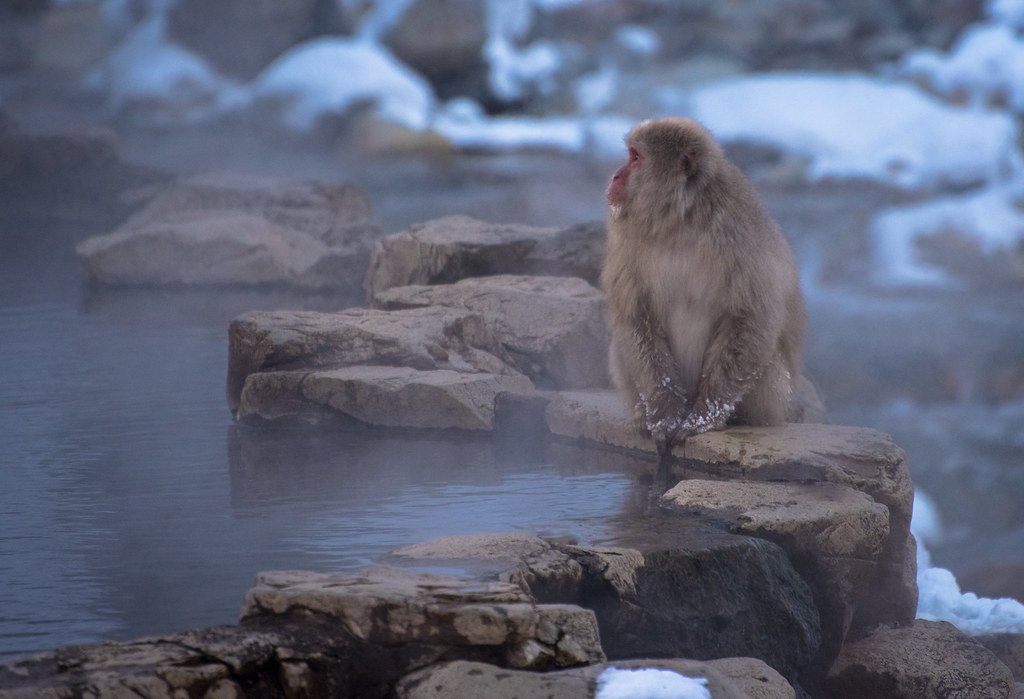 Something that struck me was the red of the older macaque’s faces. 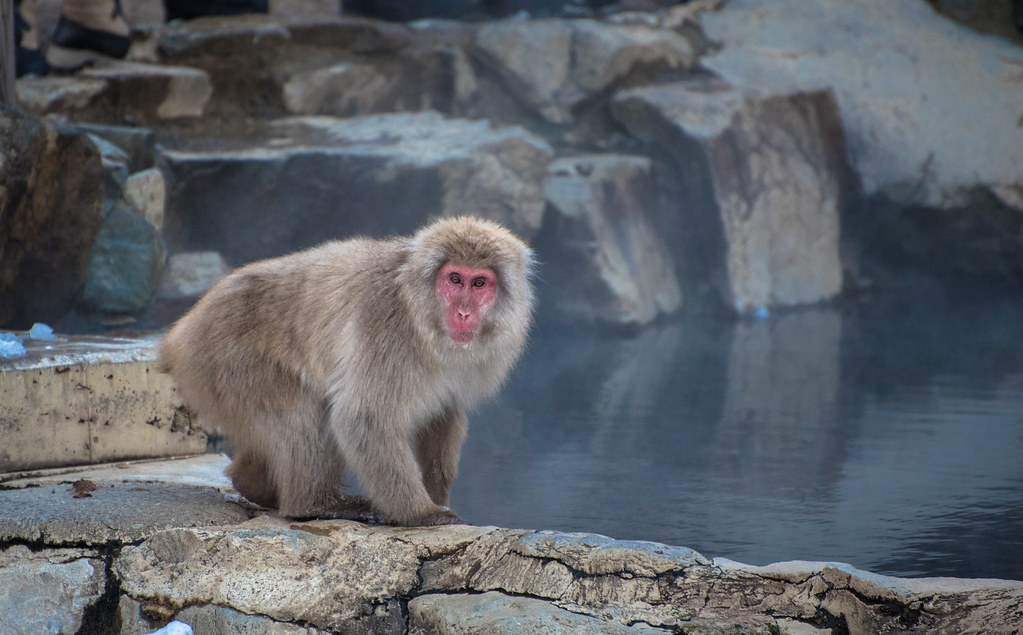 I suppose that this is due to sun/wind burn. It doesn’t appear to be present in the younger monkeys, who assumedly have not spent quite so long out in the harsh conditions. 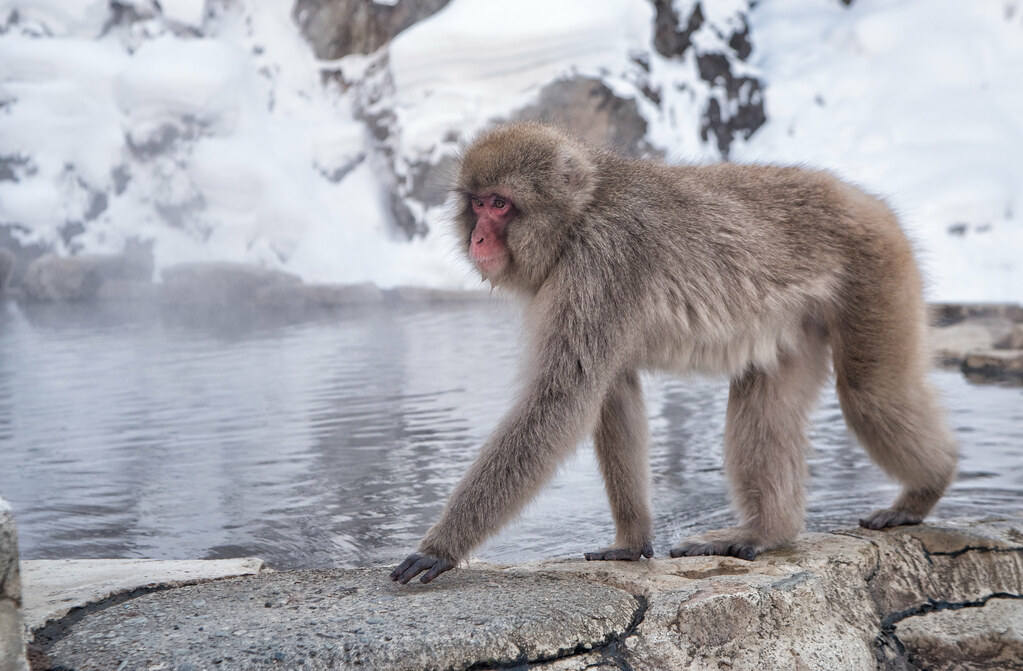 Occasionally, the monkeys left the springs to dig around in the surrounding snow. 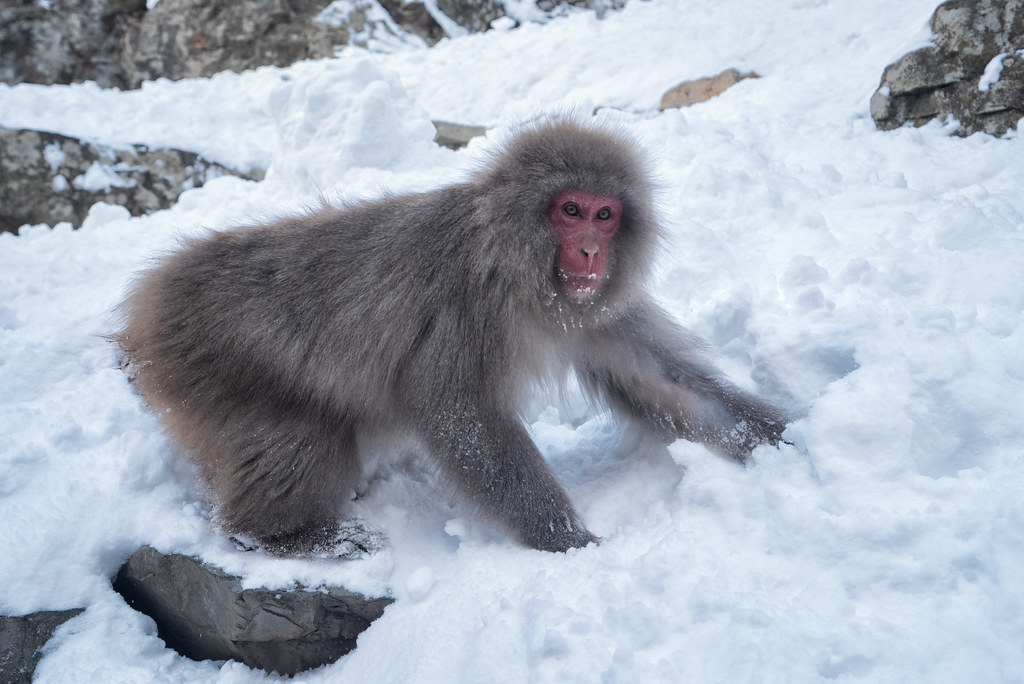 This is done to try and forage for food, which often ends up hidden under layers of snow. Footprints dot the snow all around the springs. 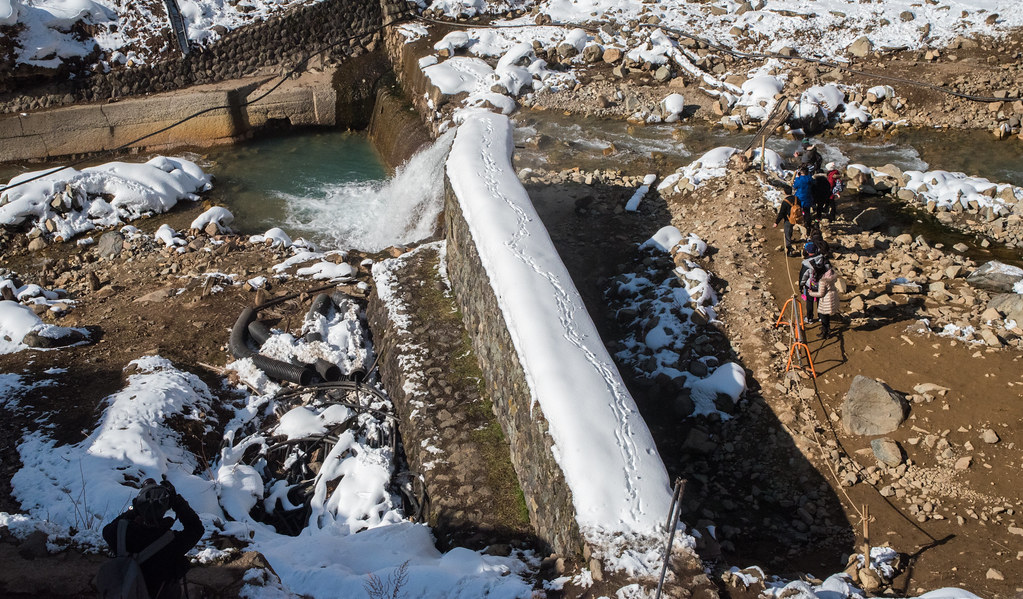 All in, there are around 150 macaques living in this area. There are many more troops of monkeys living within the mountain range, each with its own distinct territory. The group that “owns” the hot springs only spend their days here, they return up in the recesses of the mountains at night to sleep.

Due to all of the travel time, we were only able to spend a bit under an hour in the snow monkey park. The park contains a small gift shop that sells hot drinks, but we opted to just head back down the mountain. 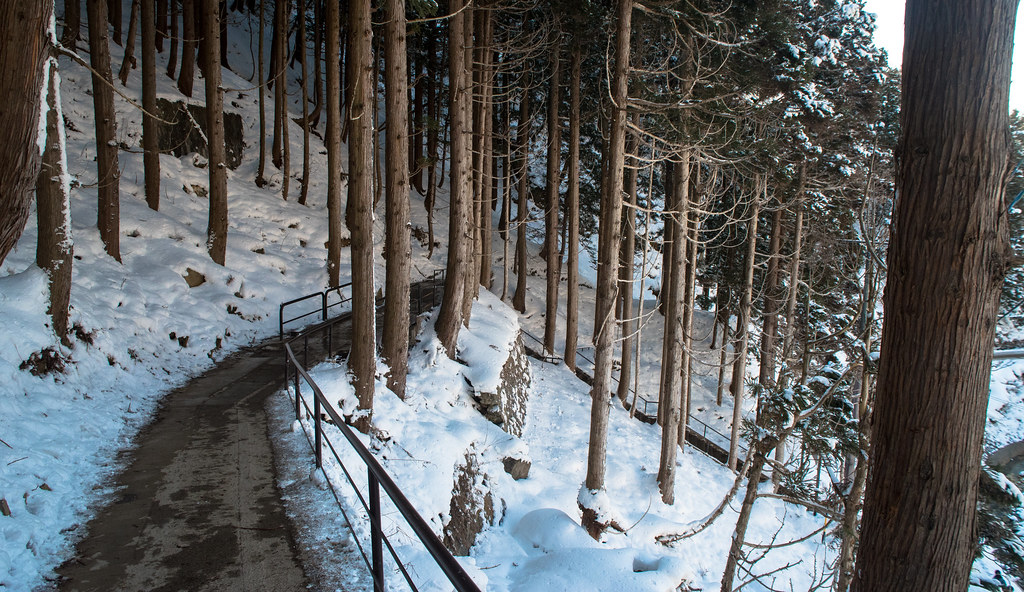 On the way back down, I went to have a little nose at the hot springs of the Korakukan spa/hotel. Next to the hot spring pools are some jets. 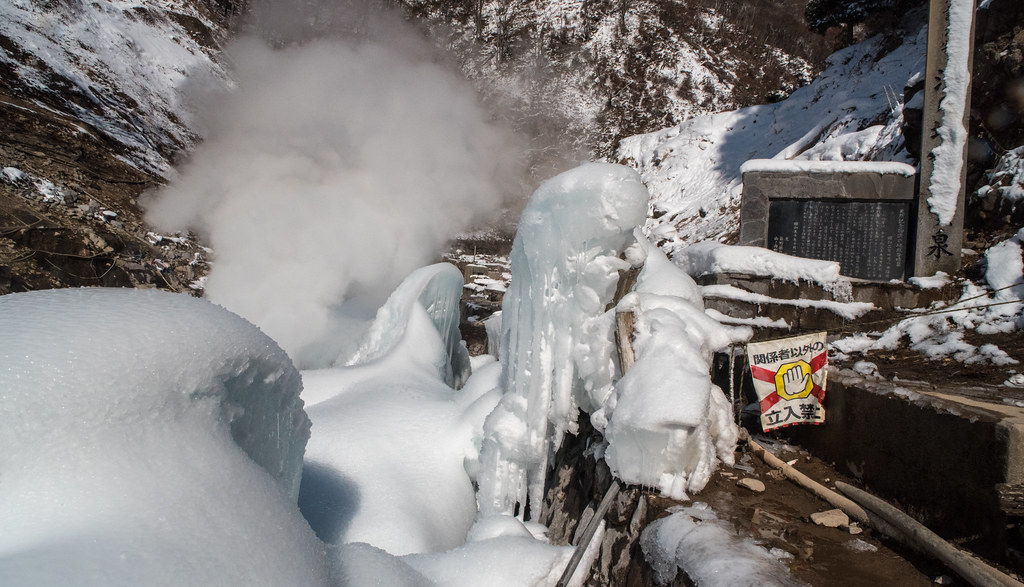 Although it’s not possible to get too close to these (with good reason really), they’re very striking! 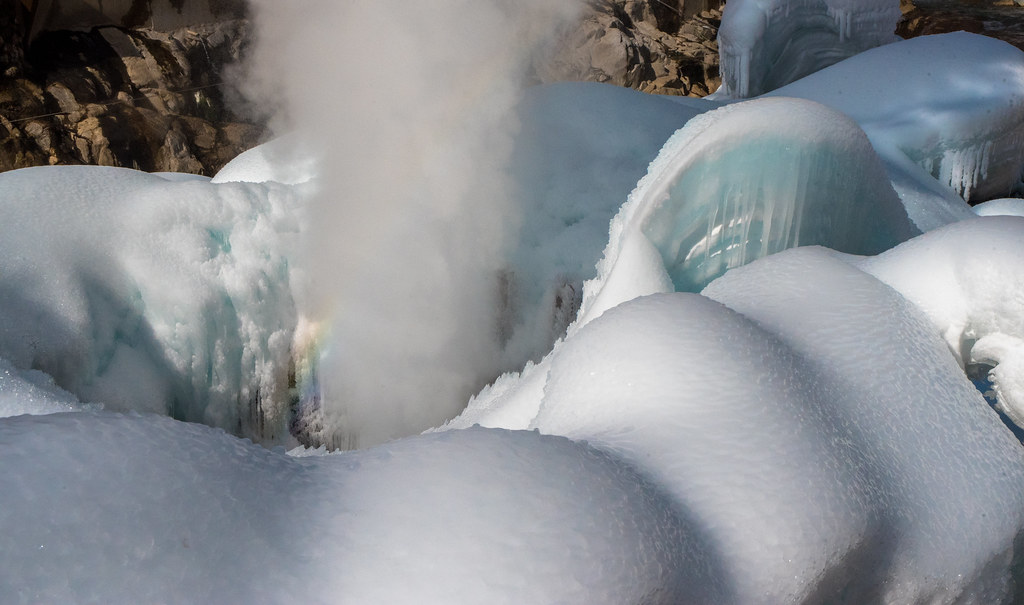 There were some beautiful ice formations surrounding it!
I also noticed that by the hotel there were several mopeds parked up. 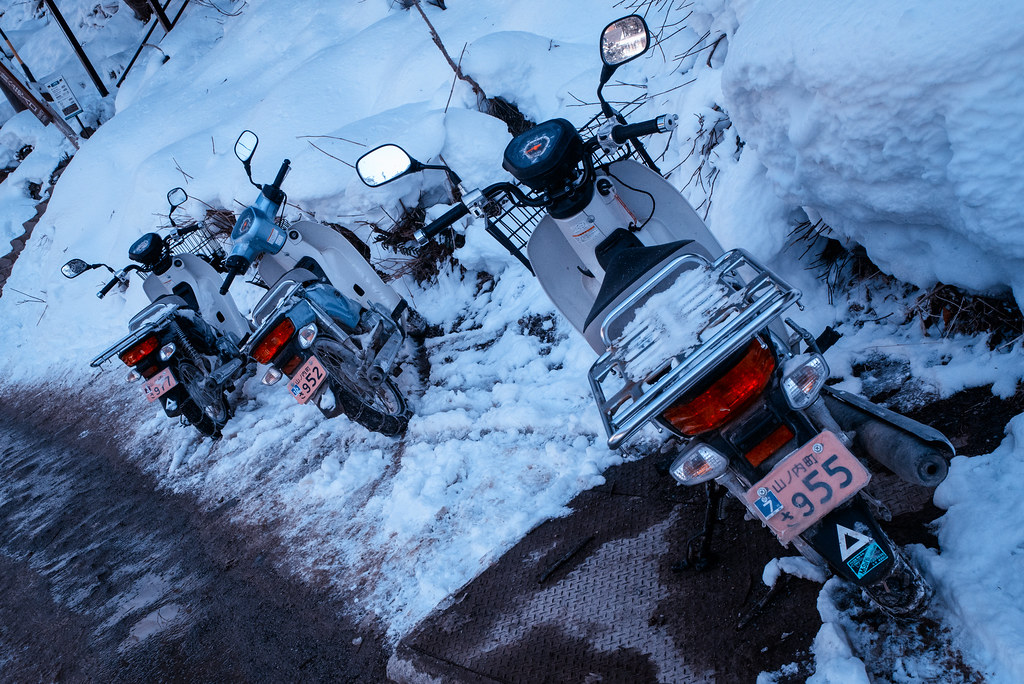 I can’t see these being very easy to ride along the frozen paths at all. On the walk back down I was then passed by someone on one such moped! 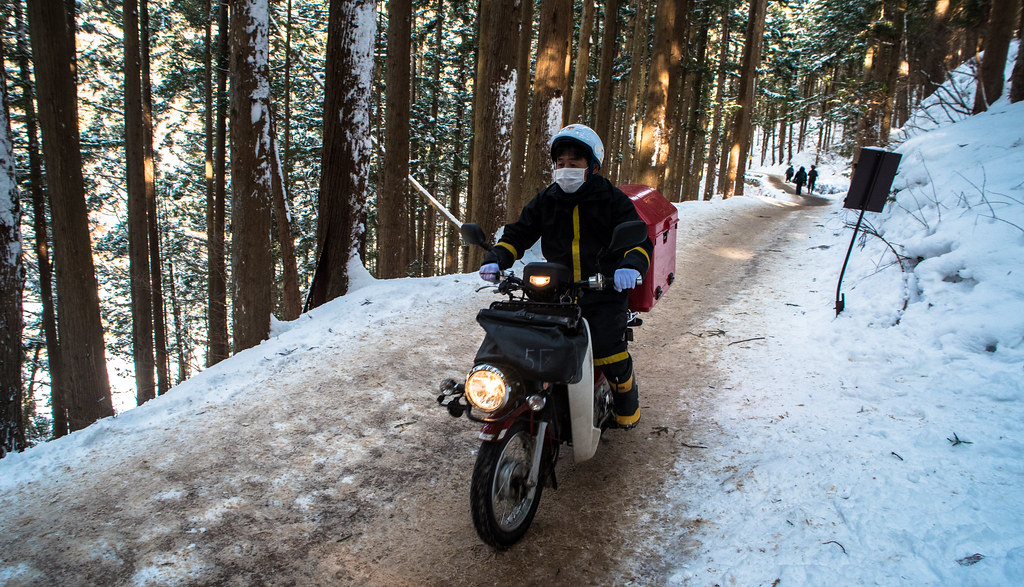 He went very slowly and spent a lot of time with his feet skipping along the floor on either side, but he did travel a lot faster than those of us on foot. Plus, he’s able to carry more cargo. I suppose that so long as you have tyres suitable for the snow, it’s a viable option! 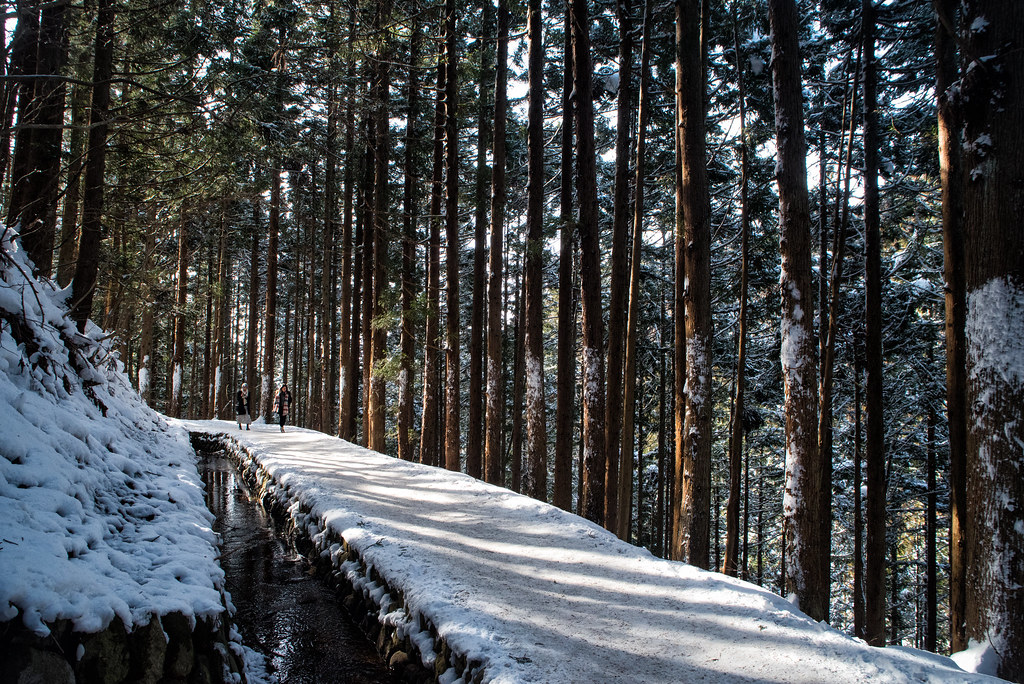 I actually quite enjoyed the walk up/down the mountain (even if it was quite cold and tiring). I loved the sights of the snowy trees, and how quiet it was- the snow really does muffle everything!

Once back at the coach, we did the trip in reverse- back down the mountains to Nagano, then the bullet-train back in to Tokyo, back to the hotel for an early night. Unfortunately, this was not to be the restful night that we had hope for; we were woken up by an alarm in the early hours. 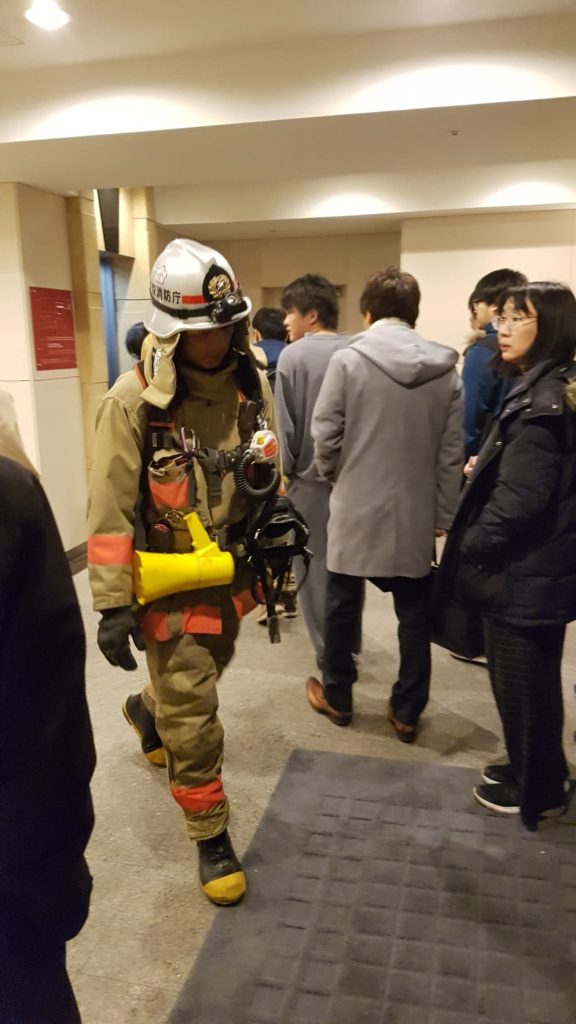 Turns out, there was a small fire in the hotel. 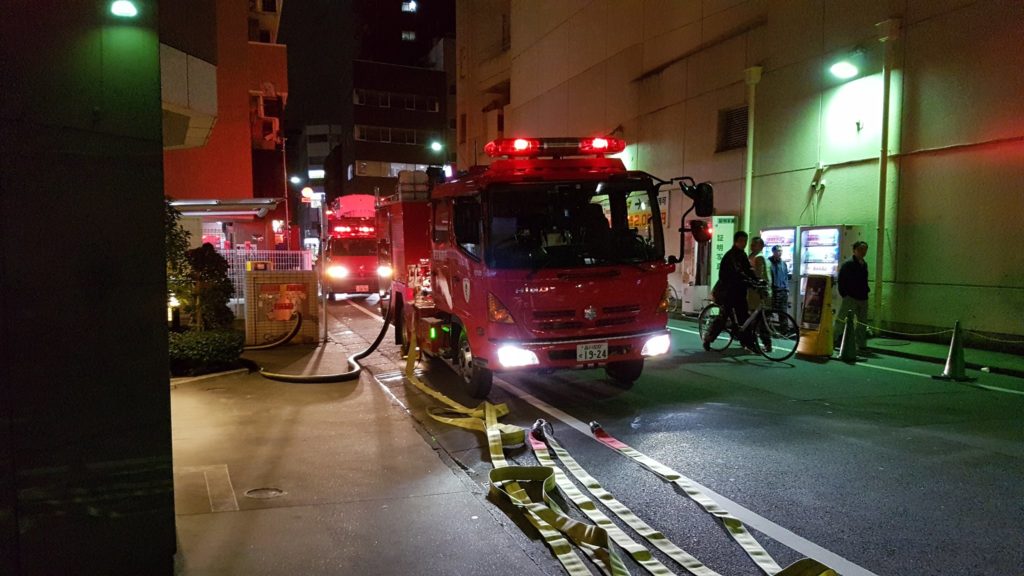 Thankfully this was tackled very easily, and we were able to get back to sleep after not too much time spent milling around in the cold.