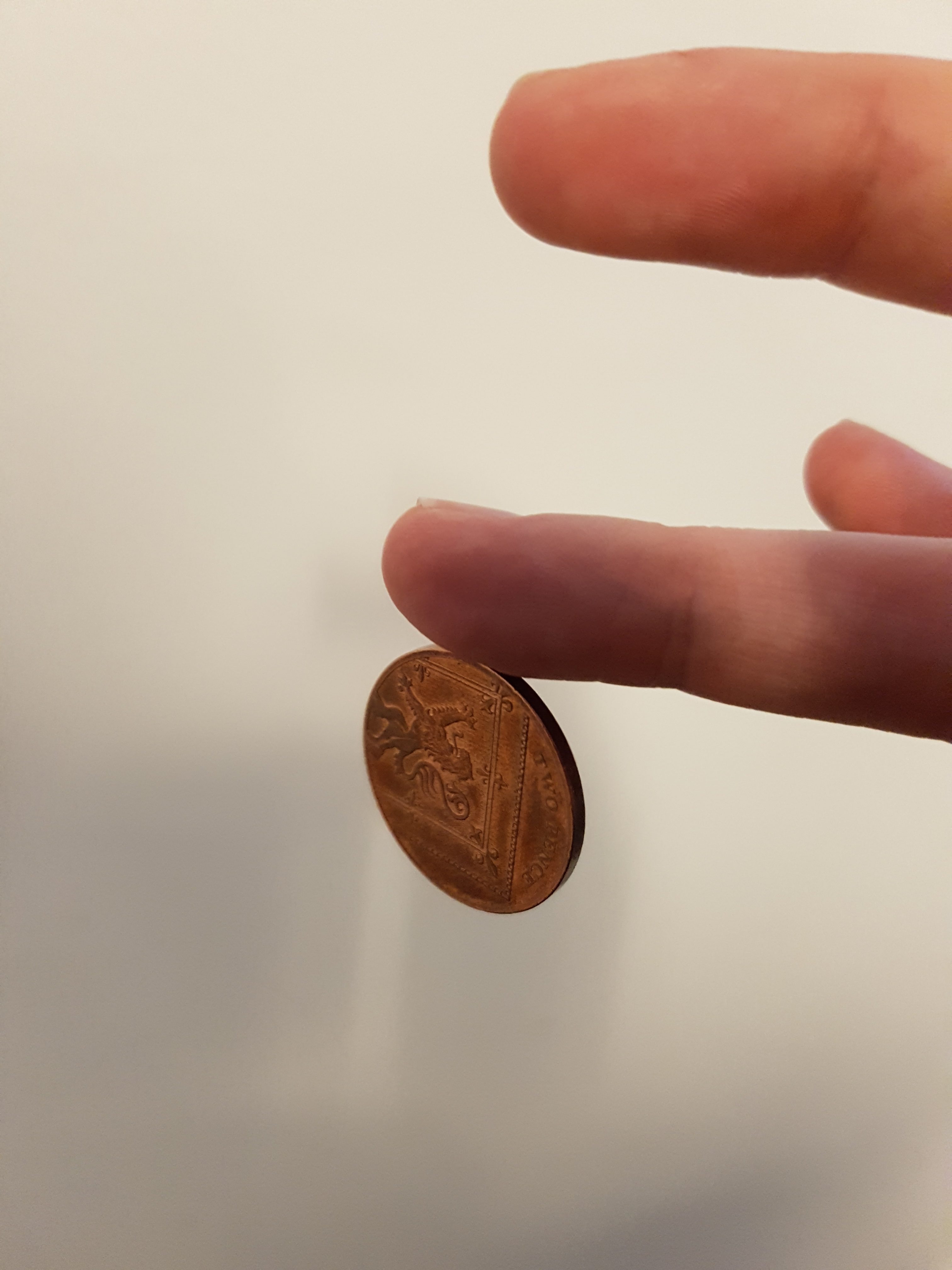 Published by Vic Harkness on November 5, 2018

As I’ve mentioned a few times on here now, I have a magnet in my finger. It’s a small neodymium magnet, about the size of a grain of rice. I have it in my third finger on my right (dominant hand). 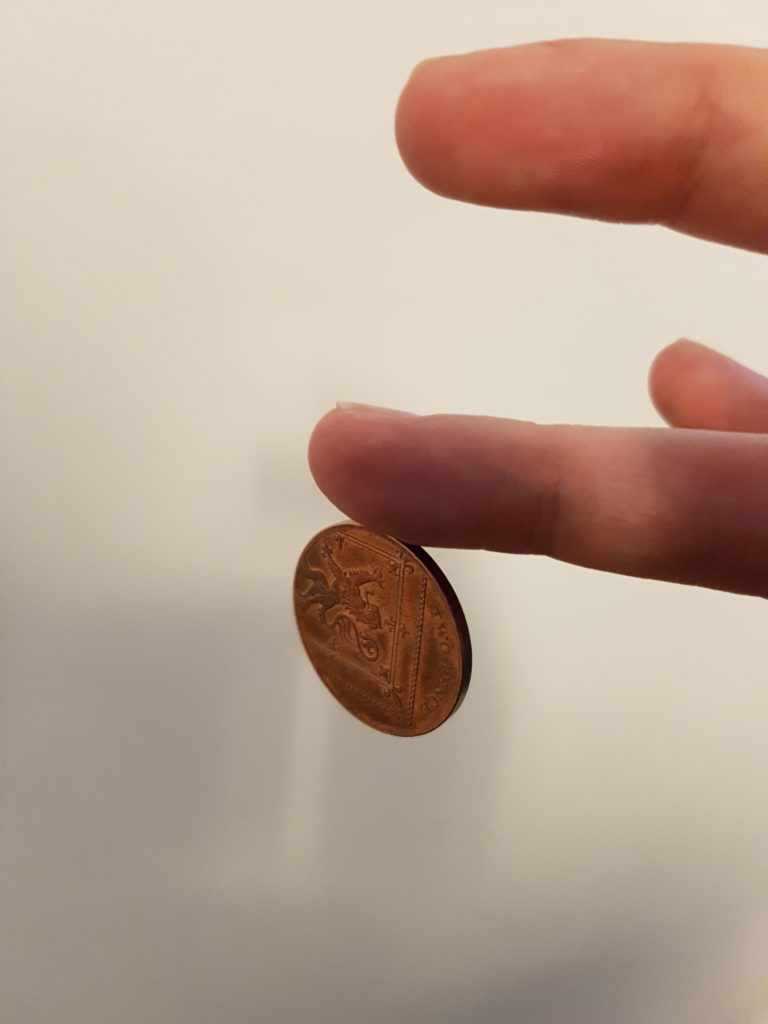 The process of getting the magnet was interesting. Through a friend I was put in contact with a person who is willing to implant such magnets; due to legislation being lacking in this area, it is not technically legal to do. Implanting the magnet in someone else opens you up to charges of GBH with a weapon. Because of this, I will not be naming the person implanting my magnet here. I will however discuss the process.

From what I know, there are two ways to insert the magnets. You can one: cut open the site longitudinally, push in the implant, then stitch it; or two: make a small incision, tilt your blade parallel to the incision and dig out a pocked, then insert the implant. I opted for the latter (reportedly the more painful) because it leaves a smaller wound, meaning less chance of infection.

My entire hand was doused in iodine, and the target finger was carefully scrubbed. Entirely new medical equipment was used. No painkillers were used, no alcohol consumed. I was able to feel the scalpel cut down in to my finger. It felt like it was cutting through distinct layers in my flesh (the implant was to be seated quite deep, near the bone). Eventually I felt the fizzle of my nerves as they were severed by the blade, and the magnet was successfully inserted. While of course the surgery was fairly painful, it was also quite interesting to have full sensation during the process.

Afterwards my wound was pressed on for a little, and a plaster applied. I was given a lollypop for being a very brave girl, and sent on my way. Unfortunately due to the clandestine nature of the surgery, I have no pictures of the process to share.

My magnet doesn’t sit quite where it should have. I forgot that there is a magnet in my phone case. This caught the finger magnet and yanked it, leading to the wound starting to bleed again. I frequently catch my magnet on various other magnets (since, you know, it’s in my finger), which I think has brought it closer to the surface of the skin. You can now see where the magnet sits under the skin, when it should have been sat quite deeply. I think that I’ll probably have to get it removed at some point because of how shallow it is, but for now it’s OK. 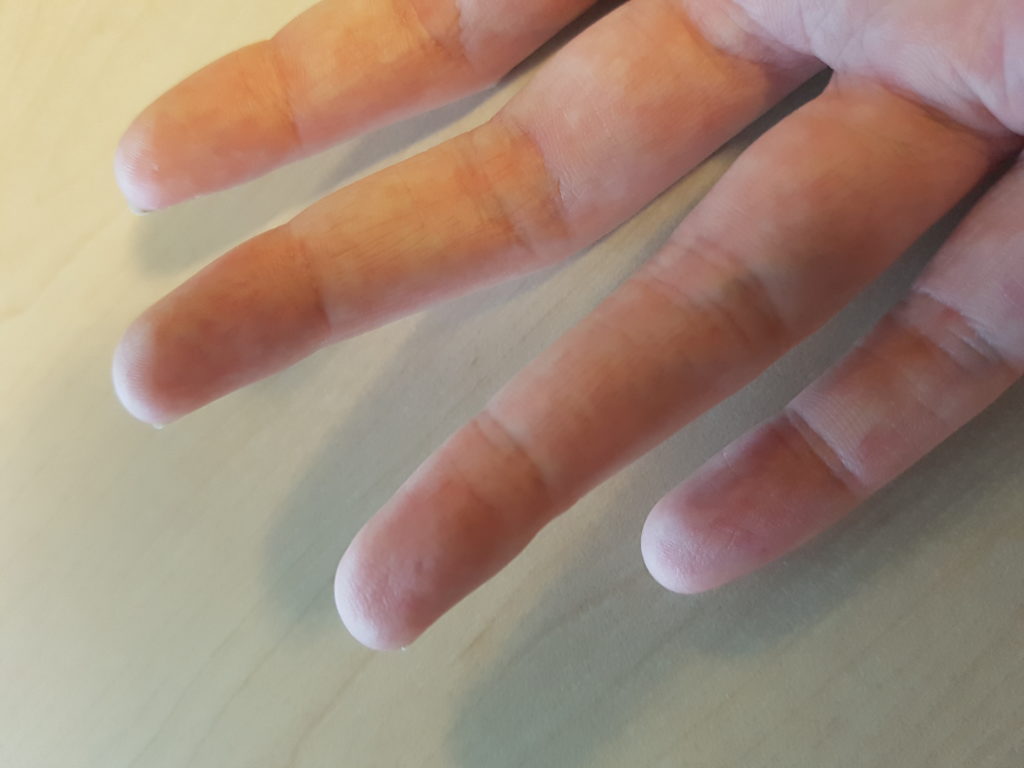 So, how is having a magnet in my finger? It’s honestly pretty great. It’s a fun party trick to pick up coins (1p, 2p, 5p, 10p are all magnetic) and bottle caps. Drunk people can be convinced that you’re magic. The other main source of interest for the magnet is being able to feel electrical fields. They need to be quite strong (I can’t tell you where wires are in walls, for instance). It’s a novelty as I never know where I might find them. The day after getting the magnet implanted, I realised that I could feel a very weird sensation when resting my hand on my laptop at work- a strange clicking sensation, which I assume is the system writing to the hard disk. I can also feel things like microwaves (buzzing), or the heavy-duty breaks systems on trains (also buzzing). It’s good fun but does make me look a bit questionable when I start waving my hand through the air around objects to feel their fields.

There are however downsides. If I was to be in an accident that incapacitated me in such a way as to make me non-verbal, I couldn’t communicate the presence of the magnet. If I was to be put in an MRI machine I would have the magnet ripped out (not the worst thing), and break a highly expensive piece of equipment. The positioning of the magnet also causes me issues with gripping. Due to how high it sits now, putting any weight on the pad of that finger is uncomfortable. This makes it hard to carry large objects, and rock climbing is probably out of the question. It can also be quite painful when it unexpectedly gets caught on a strong magnet.

Do I regret getting my magnet? No. Will I probably need to get it removed? Yes. Would I get another? Absolutely yes.