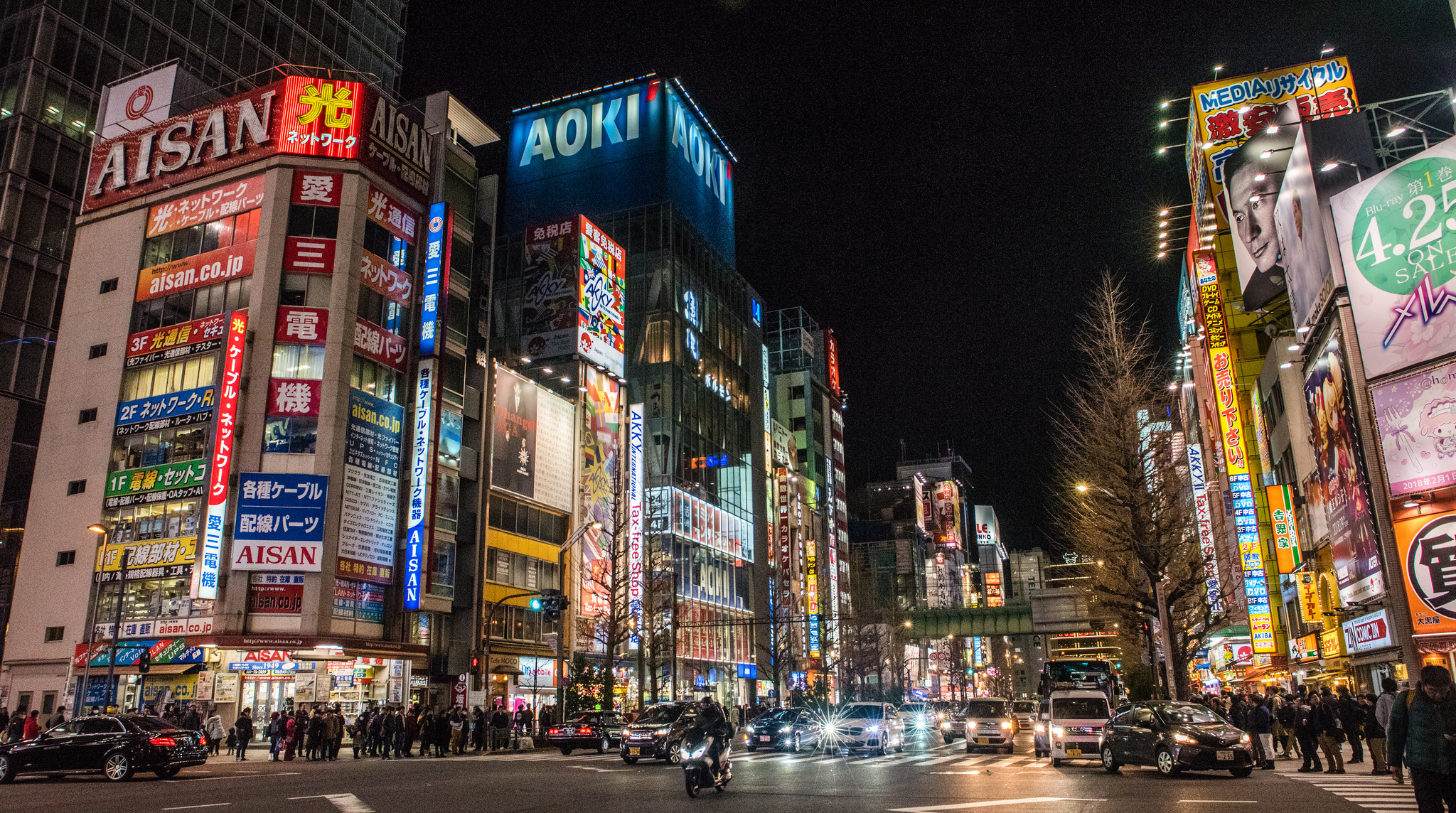 Akihabara, the land of video games and anime

Day two in Tokyo took us to Akihabara. This area is known as Electric Town, as it was once a major shopping location for household electronics. Now, it is the land of the Otaku. Anime, gaming, manga, Akihabara has it all. It really looked like how I imagined. Huge bright buildings adorn the streets, with signs advertising their wares stretching up in to the sky. It seemed that every shop was at least 6 stories tall, each level filled to the brim with a different product. 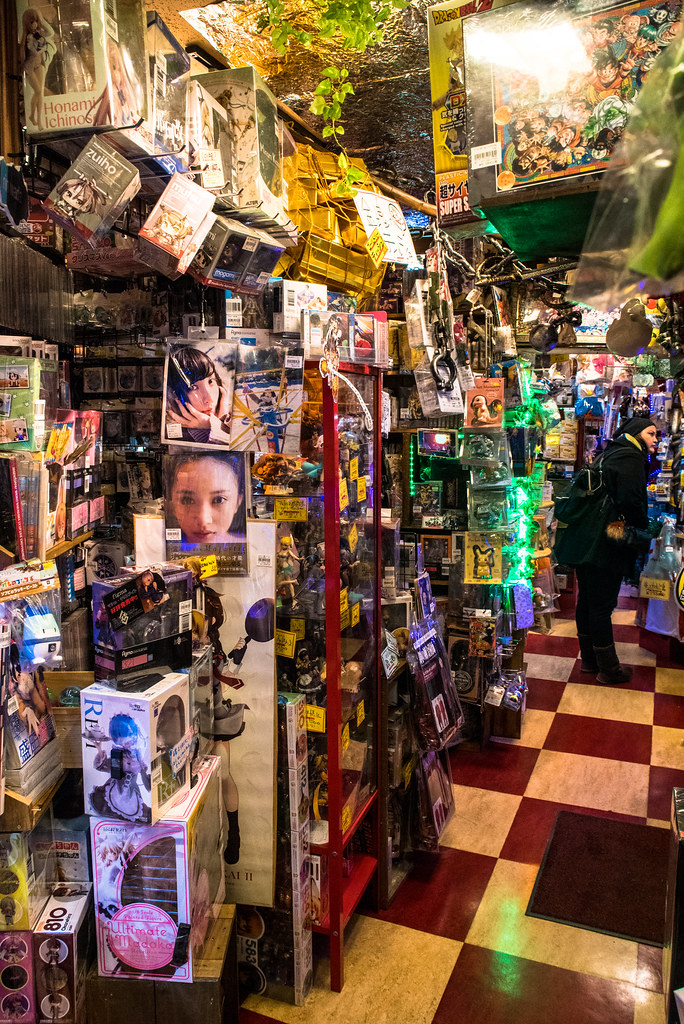 I ended up buying a lot of game/anime merchandise, but I also discovered a new love: arcade games. I’ve always been quite big on my gaming, but the bright lights and sounds of Akihabara enraptured me. I went in to many many arcades, marvelling at all of the brilliantly bright machines and odd prizes. 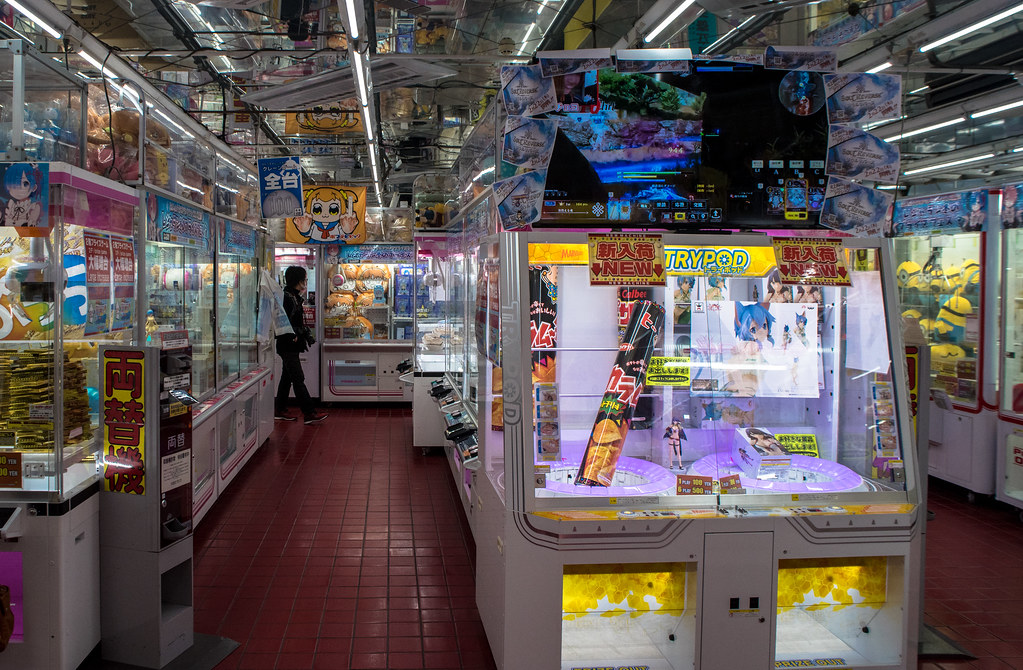 Of course, I had to try a few of them. The most impressive that I played was some sort of mech fighting game. 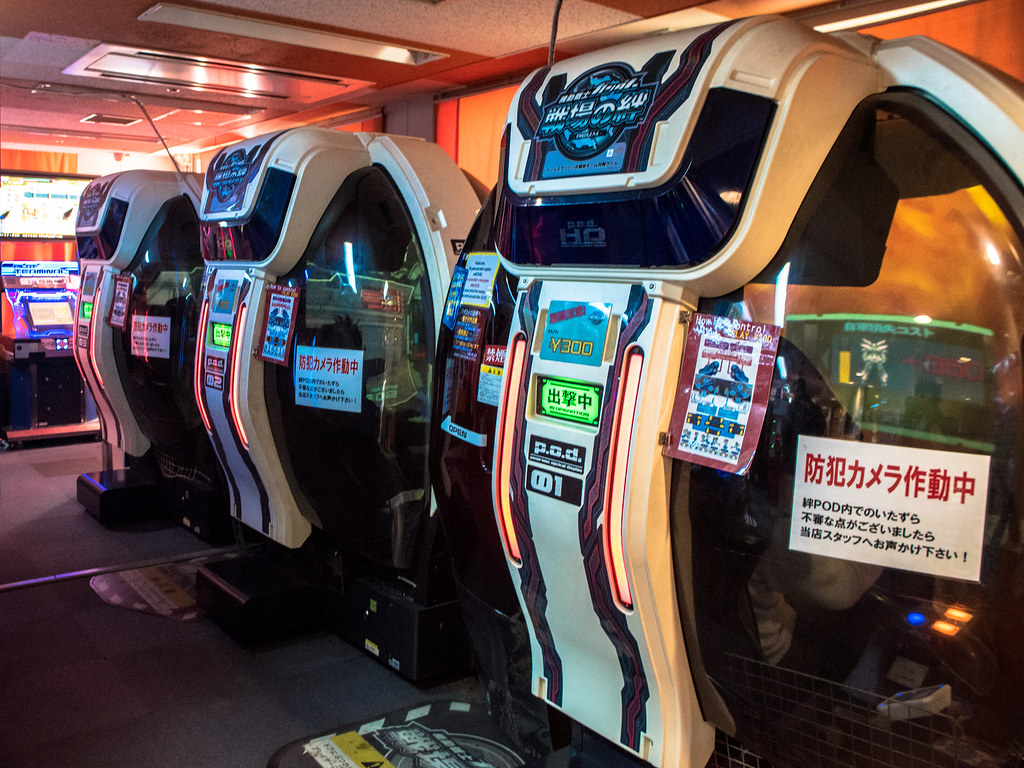 I’d like to make the point that I know a handful of words/phrases in Japanese, but no-where near enough to be conversational. The only word I can recognise the Kanji for is “tuna”. I was very much running on my knowledge of other games/contextual clues to figure this machine out. 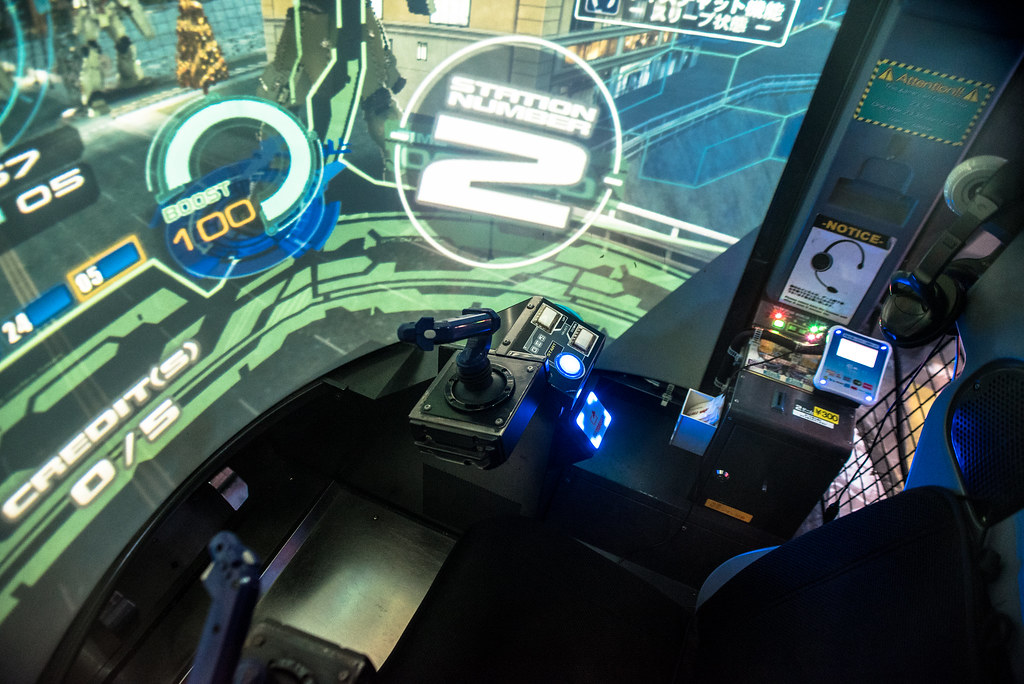 So, the mech fighting game. You controlled a giant mech with two joystick/like controls, and foot pedals. You could either do a game with people in surrounding pods, with what appeared to be people in Korea (it had the South Korean flag), or bots. I suspect I was playing against AI bots because their movements were very formulaic. The friend I was travelling with thinks that he was playing with other people. Neither of us were great at the game, but I did manage to get a few kills so I guess that’s good!

Overall, my favourite game in the arcades was Dance Dance Revolution. I wasn’t great at it and neither was my friend, but it was excellent fun! 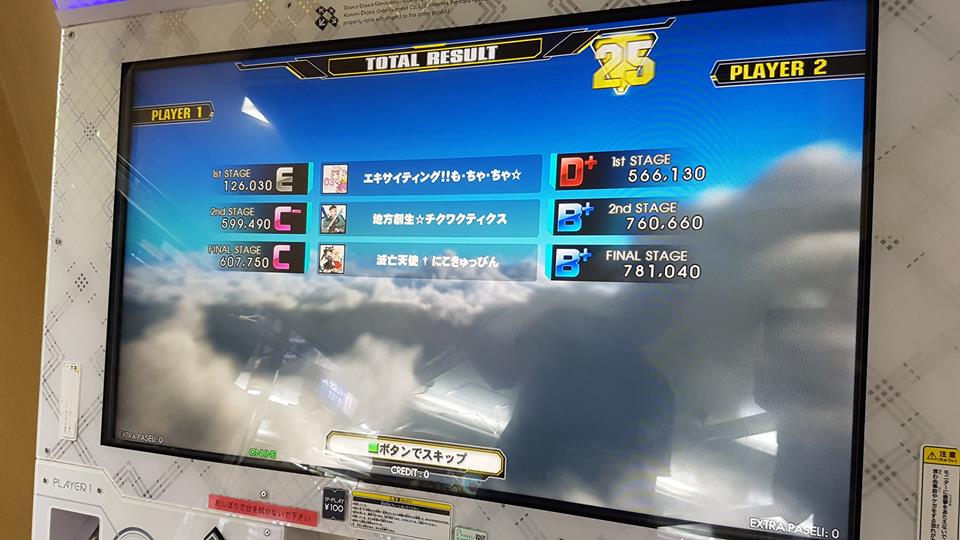 The main thing I took away was how cheap it was. 100 yen (£0.67) each got us 3 songs, whereas over in the UK I’m pretty sure it would have cost us much more. Interestingly, it seems that you can get some sort of gaming card in Japan. You can load it with credit to pay for arcade machines with, but the system also tracks your scores and lets you compete against friends. If I lived in Tokyo, I’m sure that the arcades would end up becoming one of my main time sinks.

There were of course a massive variety of games, although we did not try them all. One particularly popular style of game in the arcades was the fighting game. There were floors and floors of these machines, all playing different games. 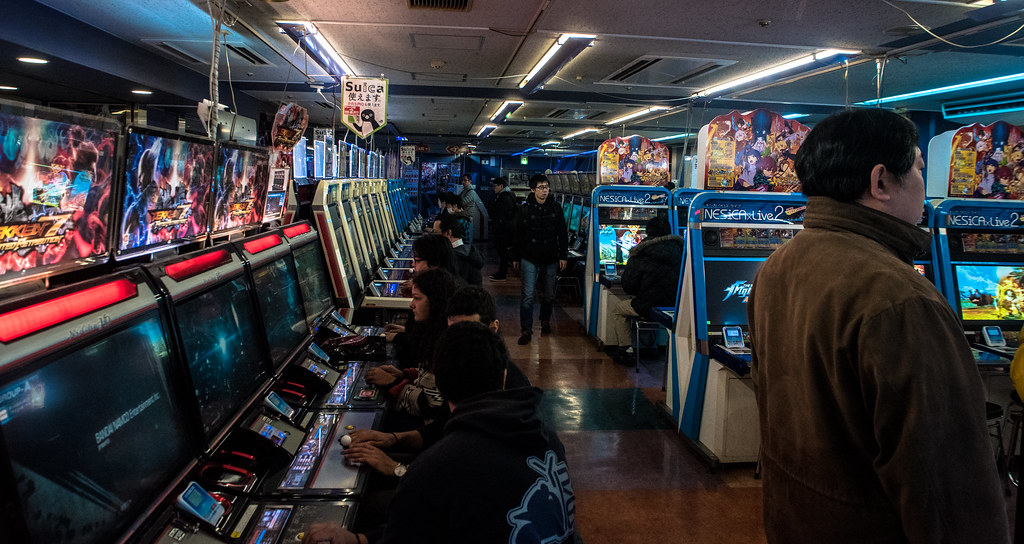 Another popular game that we saw in Japan (although not in the arcades specifically) was Pachinko. 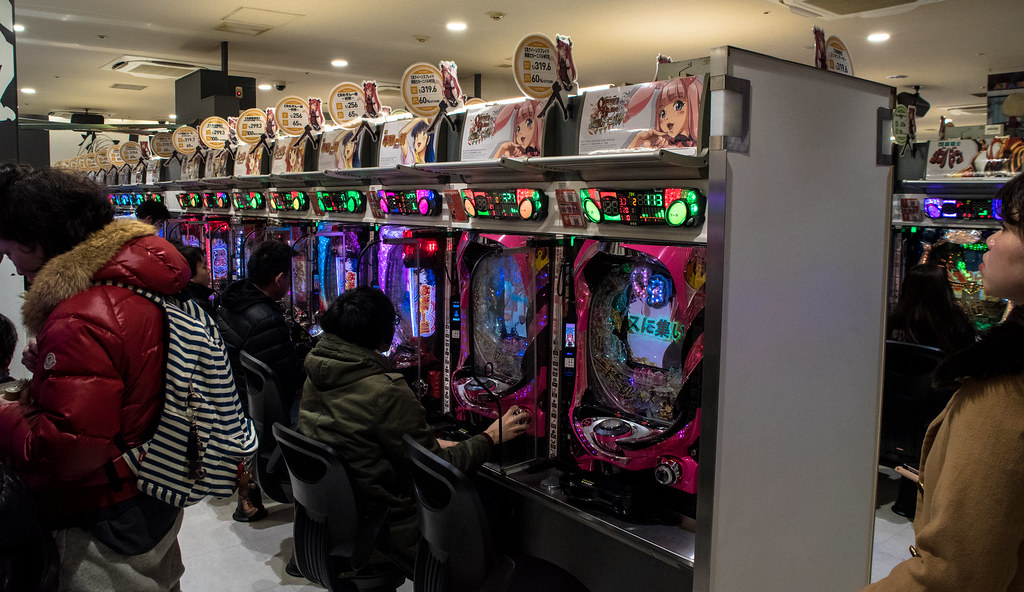 Pachinko appears to be the Japanese equivelant of the Western slot machine. Pachinko halls are EVERYWHERE. In the middle of shopping streets, or advertising themselves with bright flashing lights along the side of country roads. I played some Pachinko (after a helpful attendant found an English “how to” manual). I was pretty bad at it, and didn’t find it so engaging. The Pachinko halls themselves were a sight to see however. You use small metal ball bearings both as currency, and as the ball to be pinged around inside the machine. I feel that there must be some technique to it as I saw players with trays upon trays of these little metal balls stacked next to them, assumedly from winning. The sounds alone of the Pachinko hall makes them something to visit, in my mind. They were the loudest place that I have ever been outside of a live music venue. To communicate you have to adopt the nightclub shout-in-ear methodology. They also never appeared to be at less than 1/2 capacity, regardless of time. We were wandering around during the daytime for most of our Japan adventure, and so I can only imagine how busy they must have been once regular work hours were over.

Something I found interesting about the streets of Tokyo was how the train tracks cross overhead so frequently. 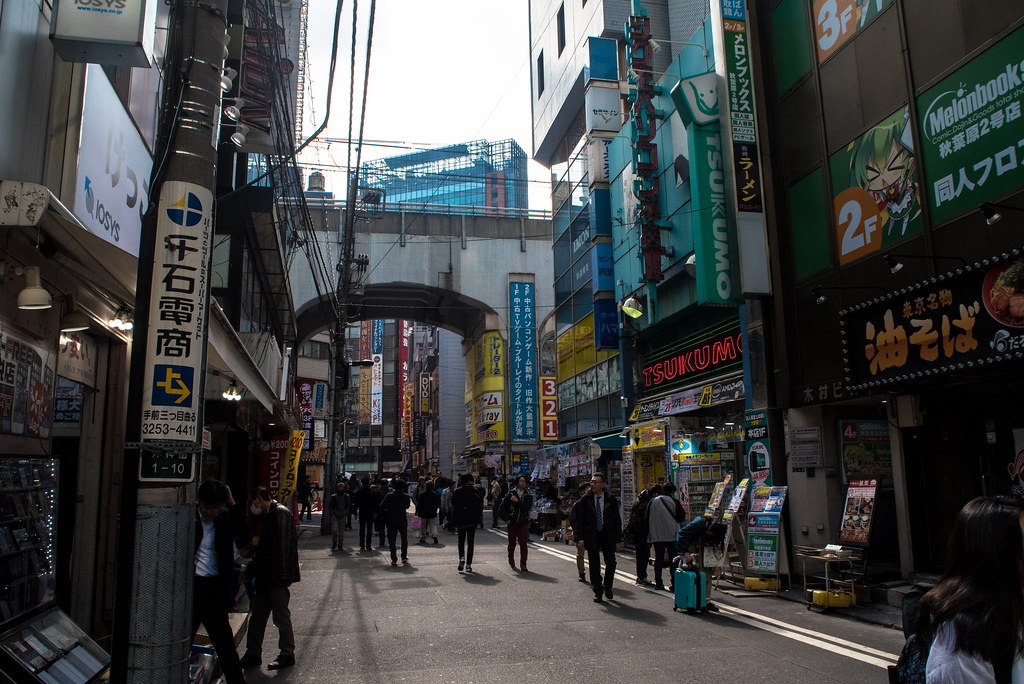 I’m much more used to underground trains, and above ground buses/trams. Logically there’s no reason for it to be this way. I suppose I’m used to seeing the above street level railways in anime/Japan-inspired games, and so it seems to be a quintessentially Japanese thing in my mind.

Another thing that I had long associated with Japan was the themed cafes. It appears that if you want to visit a maid cafe or a cat cafe, then Akihabara is the place for you. We ended up visiting not only a maid cafe and a cat cafe, but also an airsoft cafe. Japan is weird. I’ve written a few words on this/linked some photographs here: https://vicharkness.co.uk/2018/04/01/the-akihabara-themed-cafe-odyssey/

We spent the entire day in Akihabara, wandering the streets and seeing what the place had to offer. We stayed beyond nightfall, which was when the streets really came alive.

Everything was lit up, the streets were beautiful to walk around. 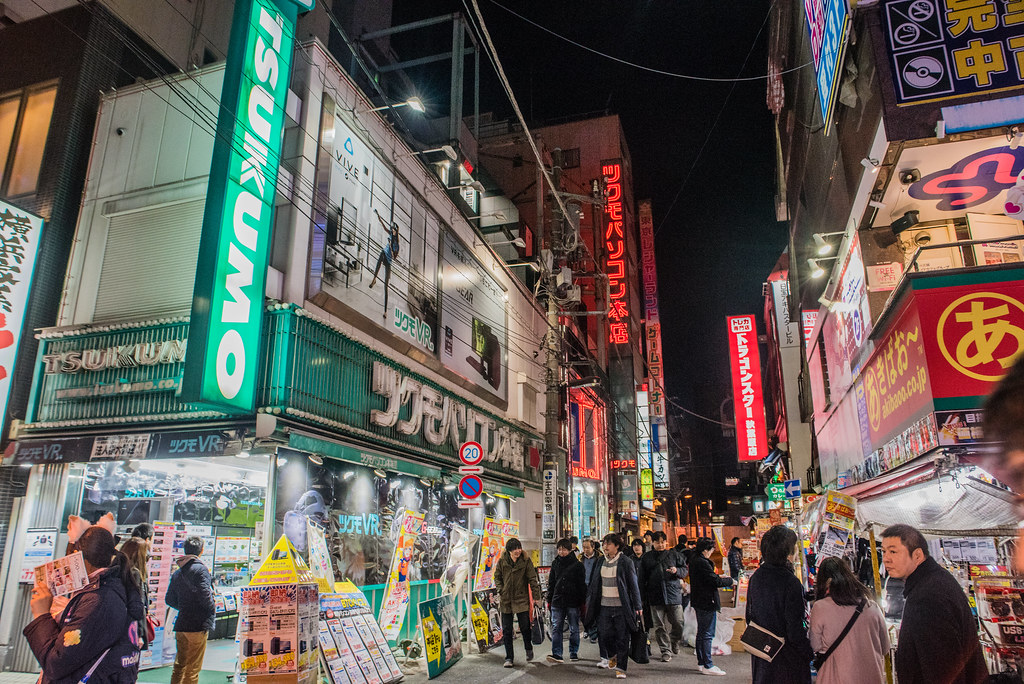 We had agreed that we wanted to get sushi for dinner, and so we set upon finding somewhere to eat. Eventually, we did. 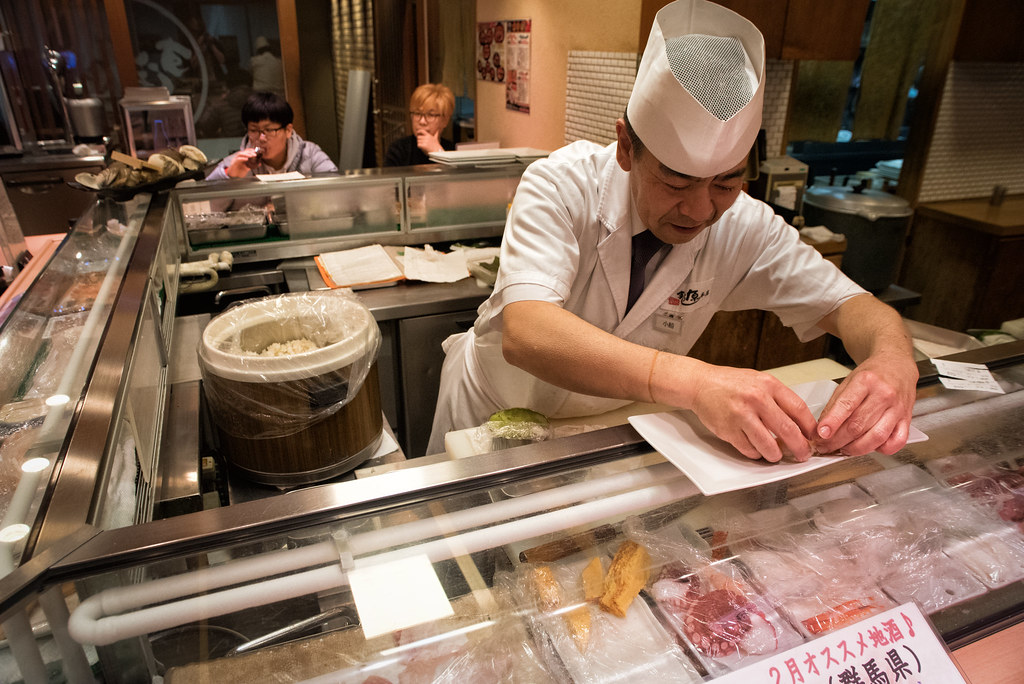 The chef seemed bemused by my wanting to take photographs of everything, and was quite keen to show off his tuna. 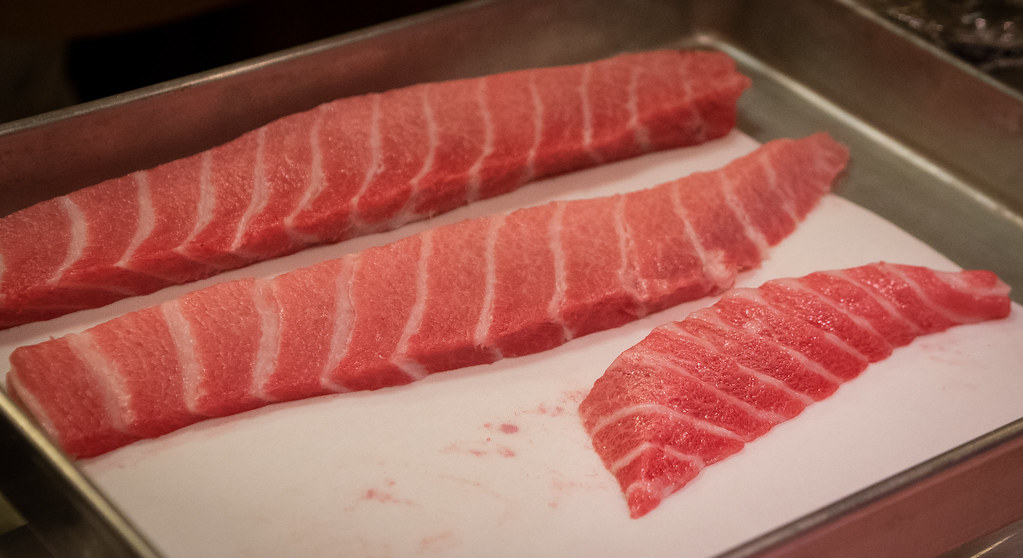 I had some of this tuna in my sushi, and I can honestly say that it was the best tuna I have ever had. The texture was like butter, you could have mashed it in your mouth without needing to chew. The food here was generally excellent, even if it was a bit disconcerting to have your dinner stare back at you. 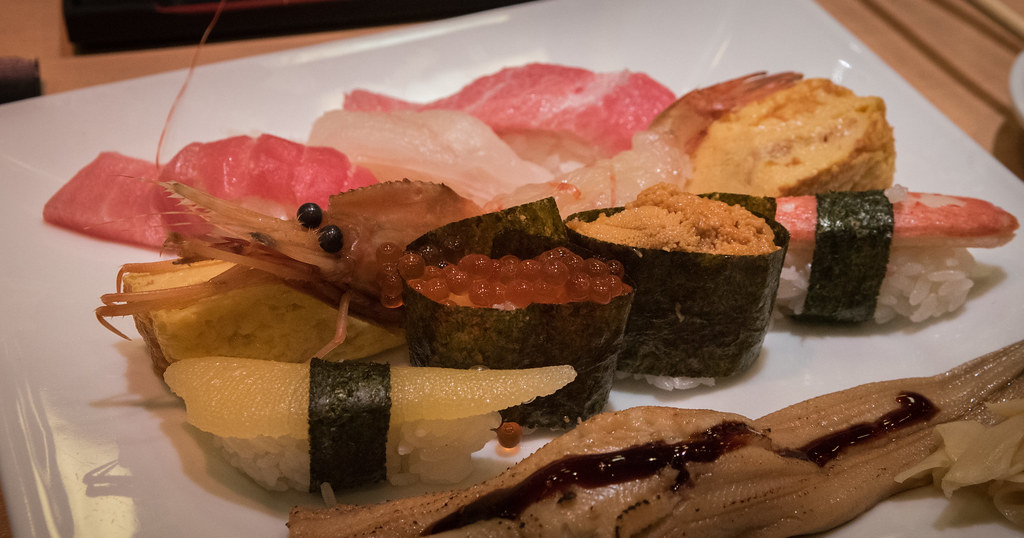 Akihabara was definitely one of my favourite places to visit, and I would certainly recommend it!