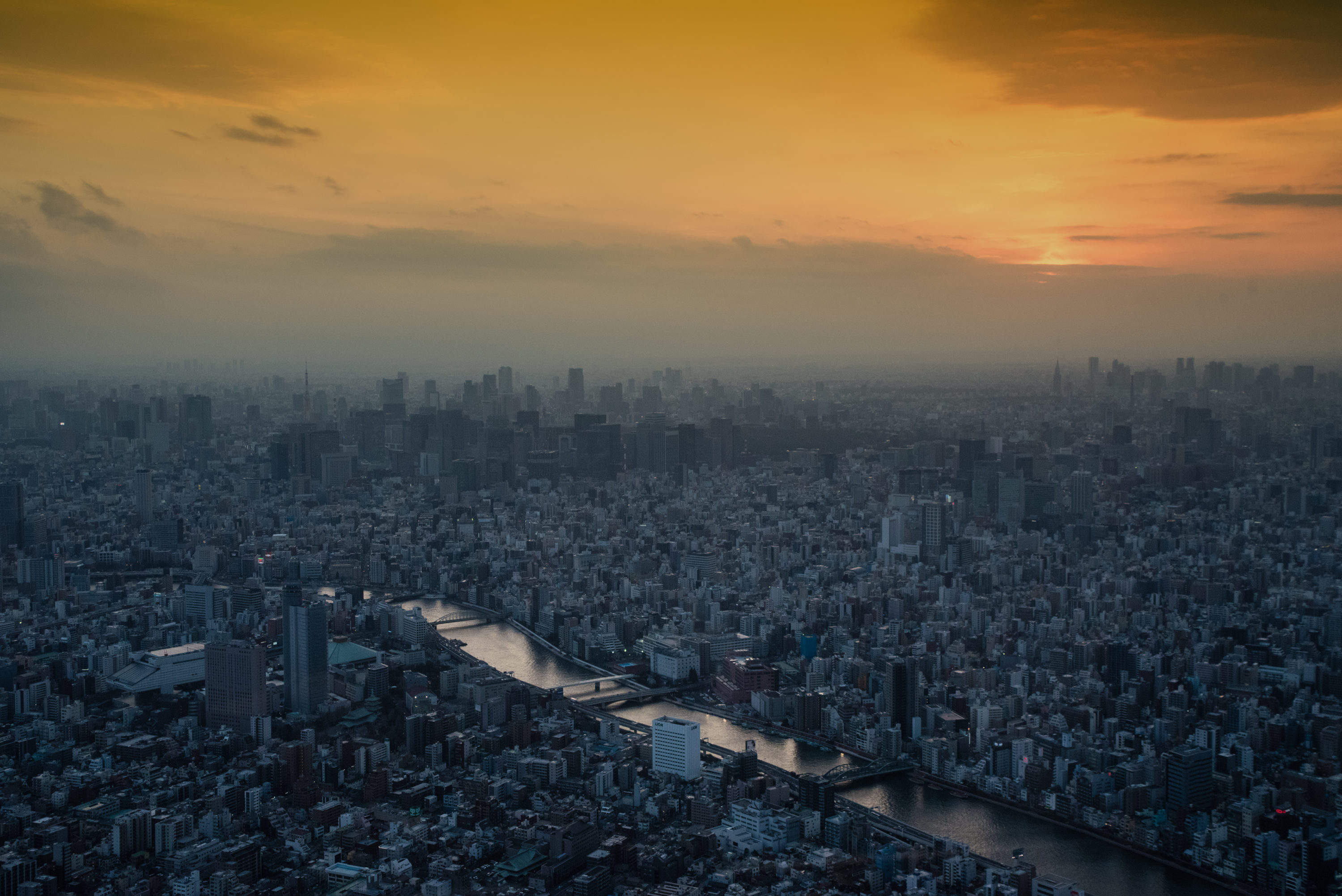 As the title says, Tokyo is incredibly huge. We spent less than a week in the city, but I’m pretty sure you could spend over a month here and not visit the same place twice. A quick Google search suggests that Tokyo is 2,188 km², making it twice the size of New York city. Seeing this on paper is all very well, but the true scale of this city didn’t hit me until I went up the Tokyo Skytree. 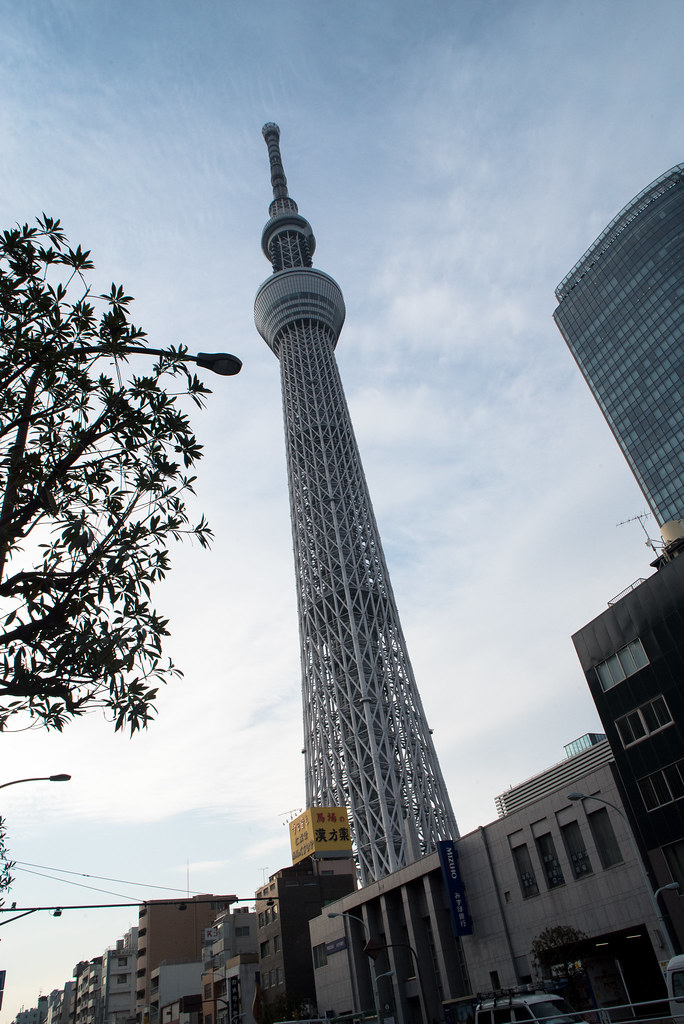 From the ground you can’t truely appreciate the height, but the full height of this tower is 634m, making it the tallest tower in the world (and the second tallest structure, overall). The tower features two viewing platforms open to the public, one at 350m and one at 450m. I wasn’t really sure what to expect. My travelling friend had gone to take a nap, so I figured I’d go check out the cool tower near the hostel. I’ve been up water towers and skyscrapers before, but never really been that excited by the views. The views from this tower took my breath away. As far as the eye can see in every direction is cityscape. I’ve never seen a view like this before. Photos cannot truly capture the enormity of this sight, of being able to take a lap of a 360 degree observation tower and see nothing but city. I visited the tower just as the sun was setting, and so ended up faffing around with the colours of the setting sun quite a bit when editing my pictures. I stayed up the tower for a couple of hours in total, taking in the view and enjoying watching the sun set over Tokyo. 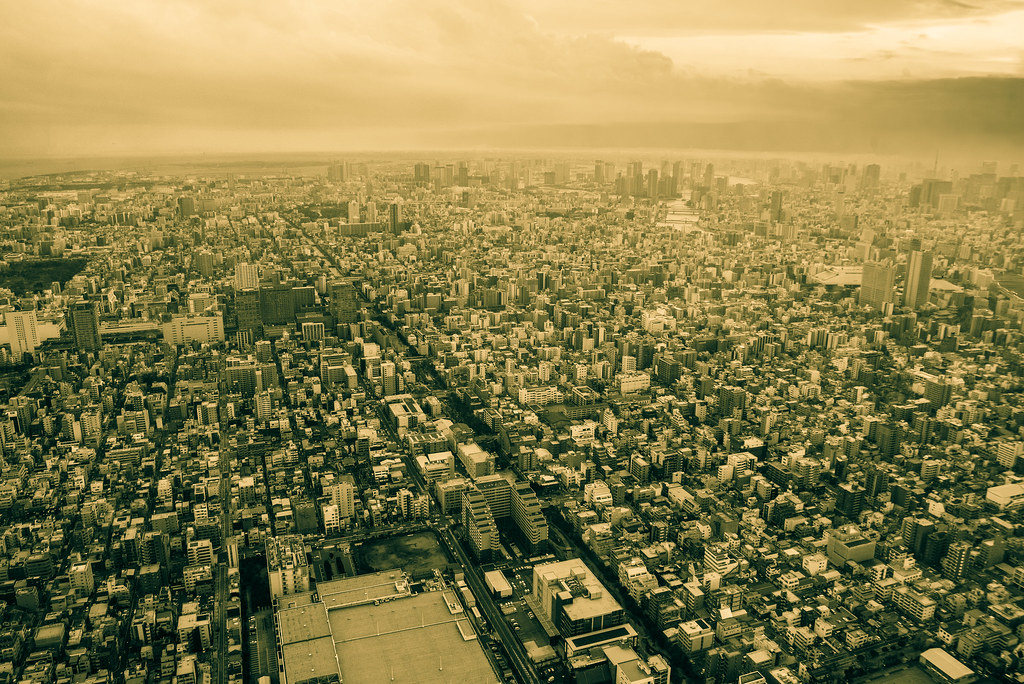 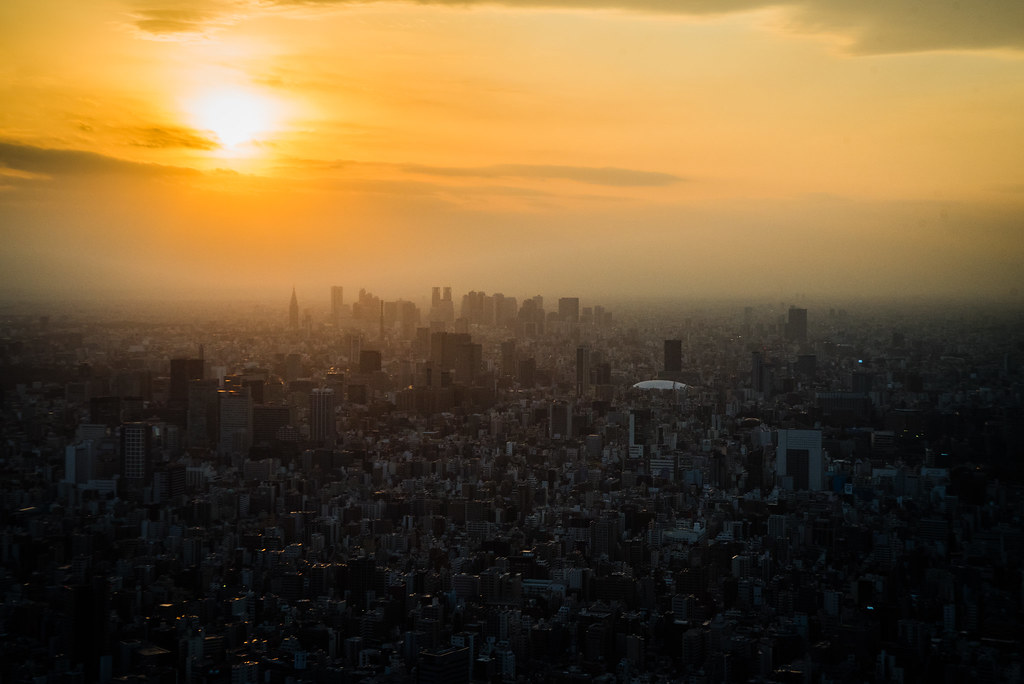 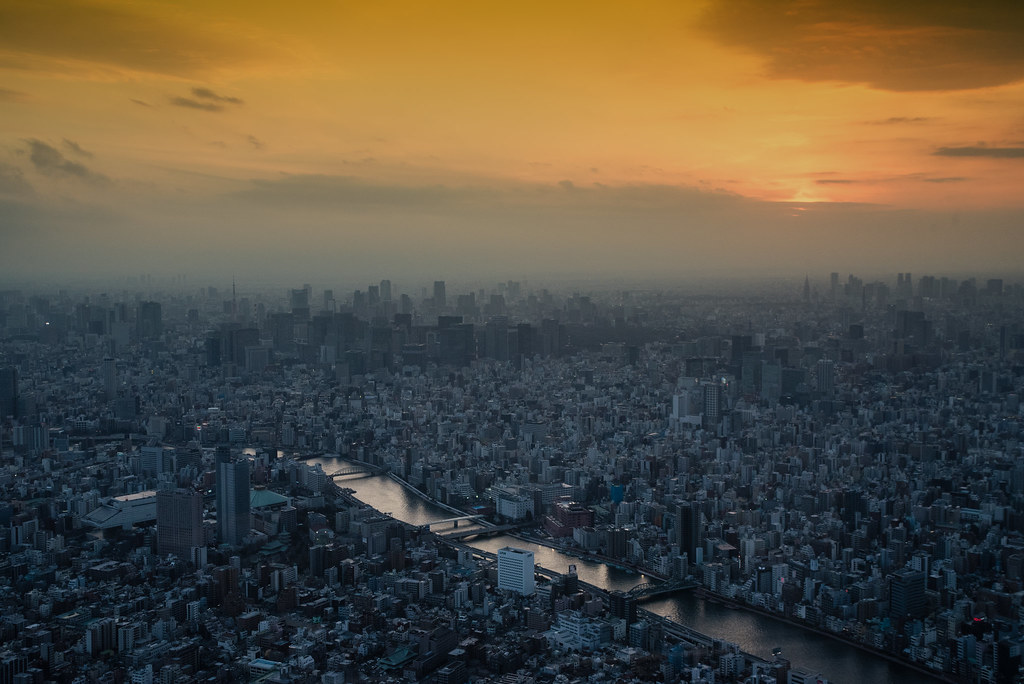 As night descended, Tokyo began to light up. 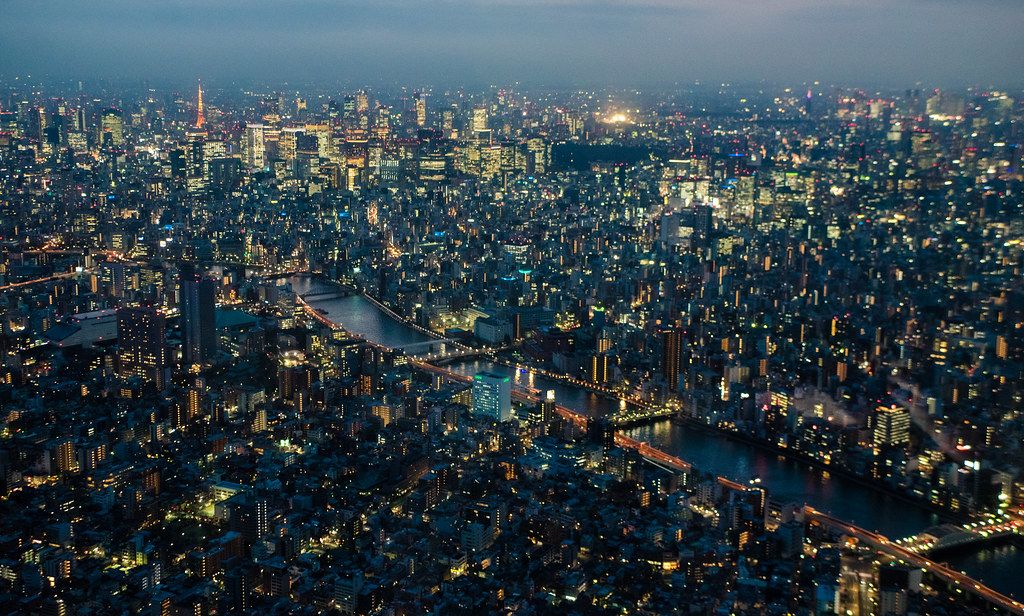 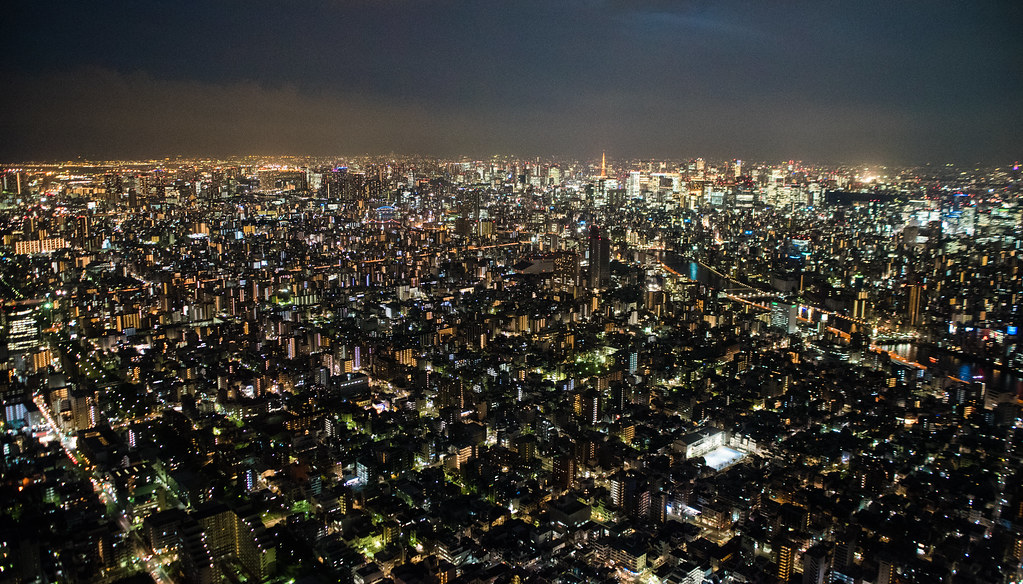 The sea of lights below me was a truly amazing site. If anyone reading this ever visits Tokyo, I cannot recommend visiting the sky tree enough. It gives spectacular views. I cannot put in to words how strange it seemed to me to be able to see the enormity of the city. For all there is for the eye to see to be city. It never ended. I think that it made a perfect first day activity, as it gave me an appreciation of the scale of the city over the coming days. Up the Skytree was a sketch of the original view from this point in the city, before the buildings came. 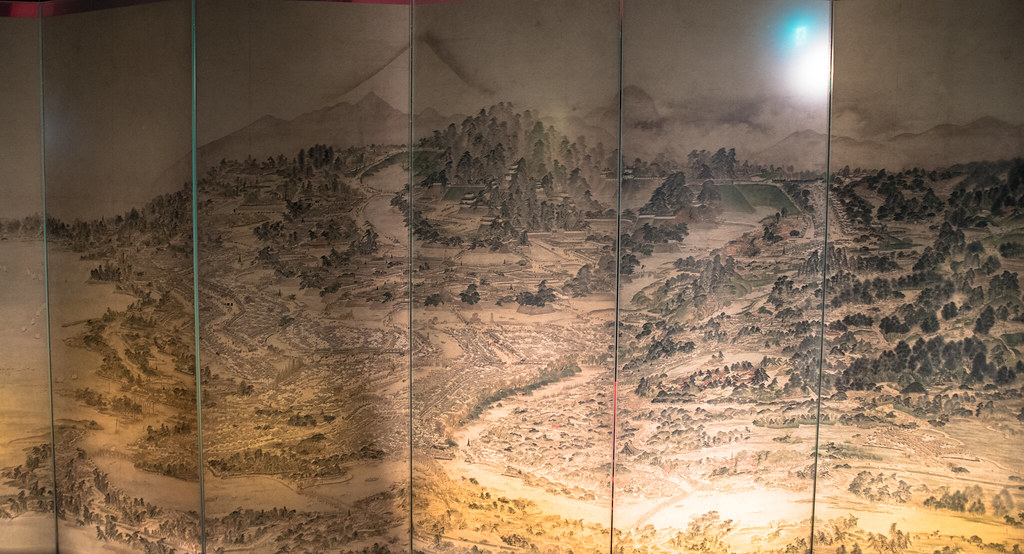 Apparently on a good day it is still possible to see Mt Fuji from the top of the tower (not so much at night). I’m not sure how such a view would have affected me. Being atop the Skytree is like being on top of a small industrial sphere. It is hard to conceive that there may be anything but more city beyond the skyline, because all you can take in around you is cityscape. The juxtaposition of a mountain in the background might have broken this illusion, or perhaps it would have added to it. If I return to Tokyo I’ll certainly return to the Skytree, so perhaps I’ll find out!

The Skytree is also an interesting sight from the ground. It is lit up with varying colours, and can be seen from various points in the city. 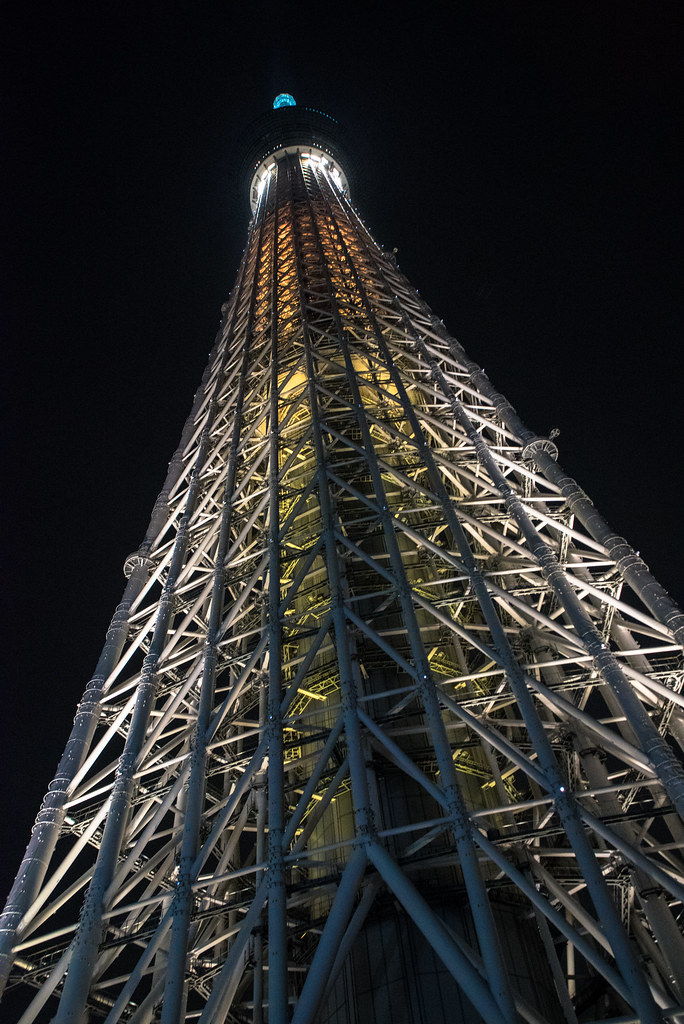 Tokyo generally seems to be a city of lights. Bright fairy lights adorn many trees and buildings, as I’m sure will become evident in my later pictures of the city. 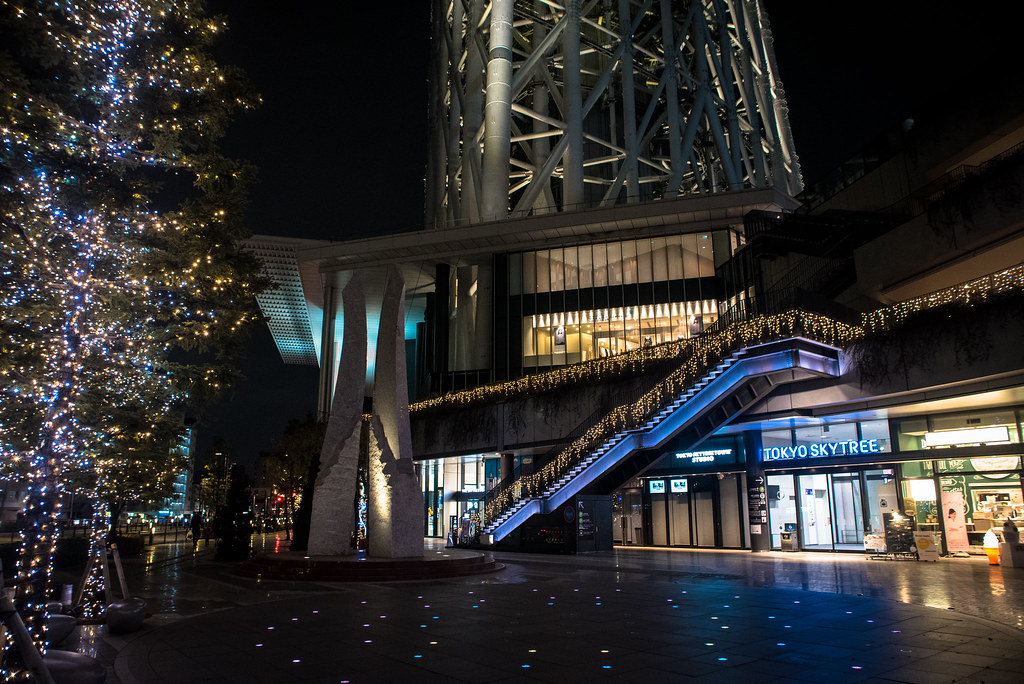 I am a big fan of lights, and so this suits me well. Visiting the Skytree marks the end of my first day in Japan. I took so many pictures on this trip, and it’s going to take me a long time to finish sorting through them. I hope that you, dear reader, will join me on future posts!