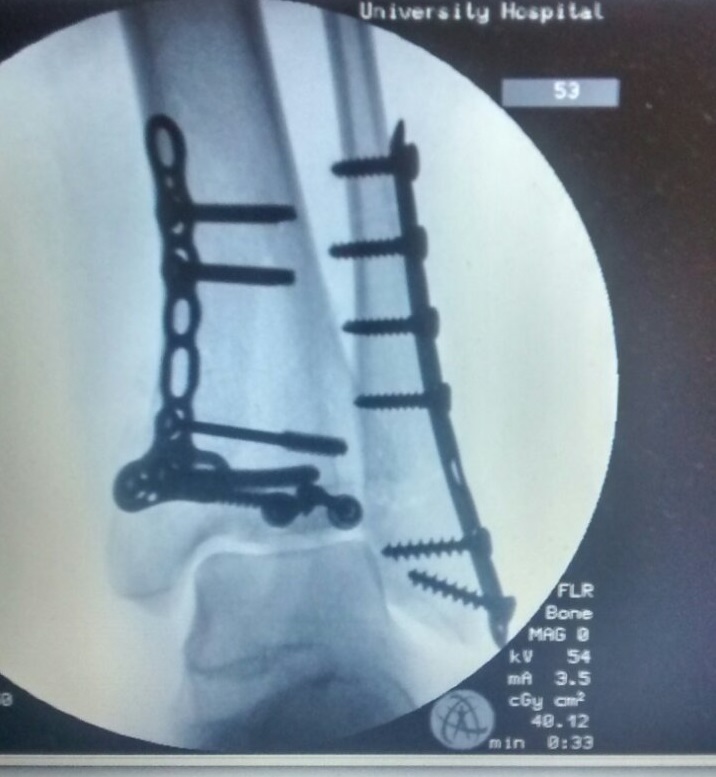 After querying their availability so many times, I eventually got a doctor to show me my x-rays/let me take pictures on my phone. They’re as impressive as expected! 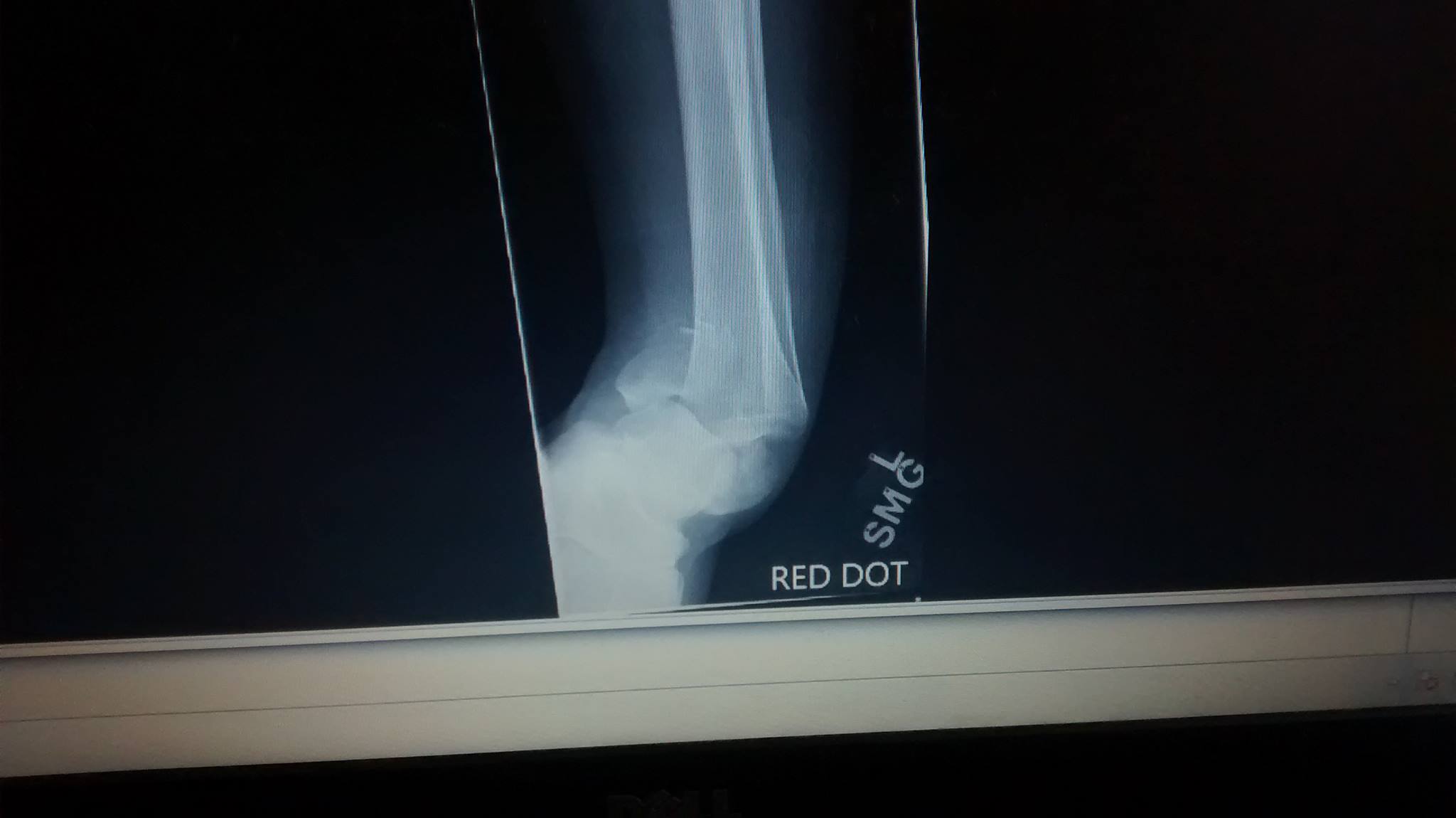 I’m not really an expert on anatomy in the slightest, so can’t really provide much information beyond what the doctor told me (which I was a bit out of it on morphine still)! I think that the above pic is taken from the side. The main point to take away is that the foot is supposed to be under the leg bones. I’m told that the lumpy bit at the top to the left of the leg bones is the chunk that I had sheared off of the bone. The bone bits (technical term I’m sure) below this are supposed to be under the leg bones. I was pretty out of it that night and can’t really remember the timeline of events, but I assume that this one is before they put the ankle back in the joint. The ankle was manipulated a bit before this to at least be facing the correct direction, but I can’t say when that had happened! My friend accompanying me to the hospital kindly took photographs of me during the ordeal, and took this one of me before the ankle was put back in, but it appears to be in vaguely the correct direction. 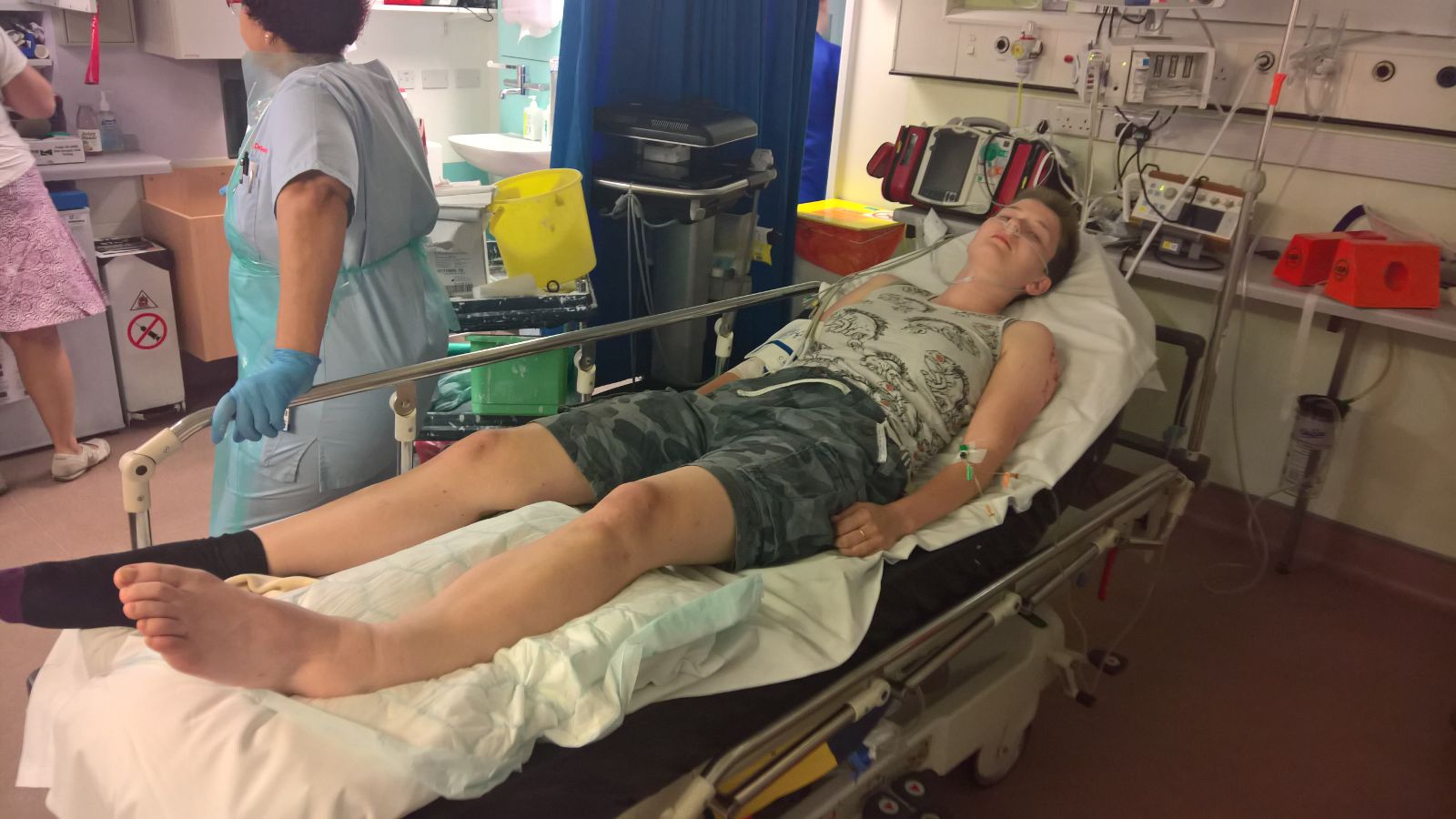 I assume xrays may have been taken before this but again, not really sure! 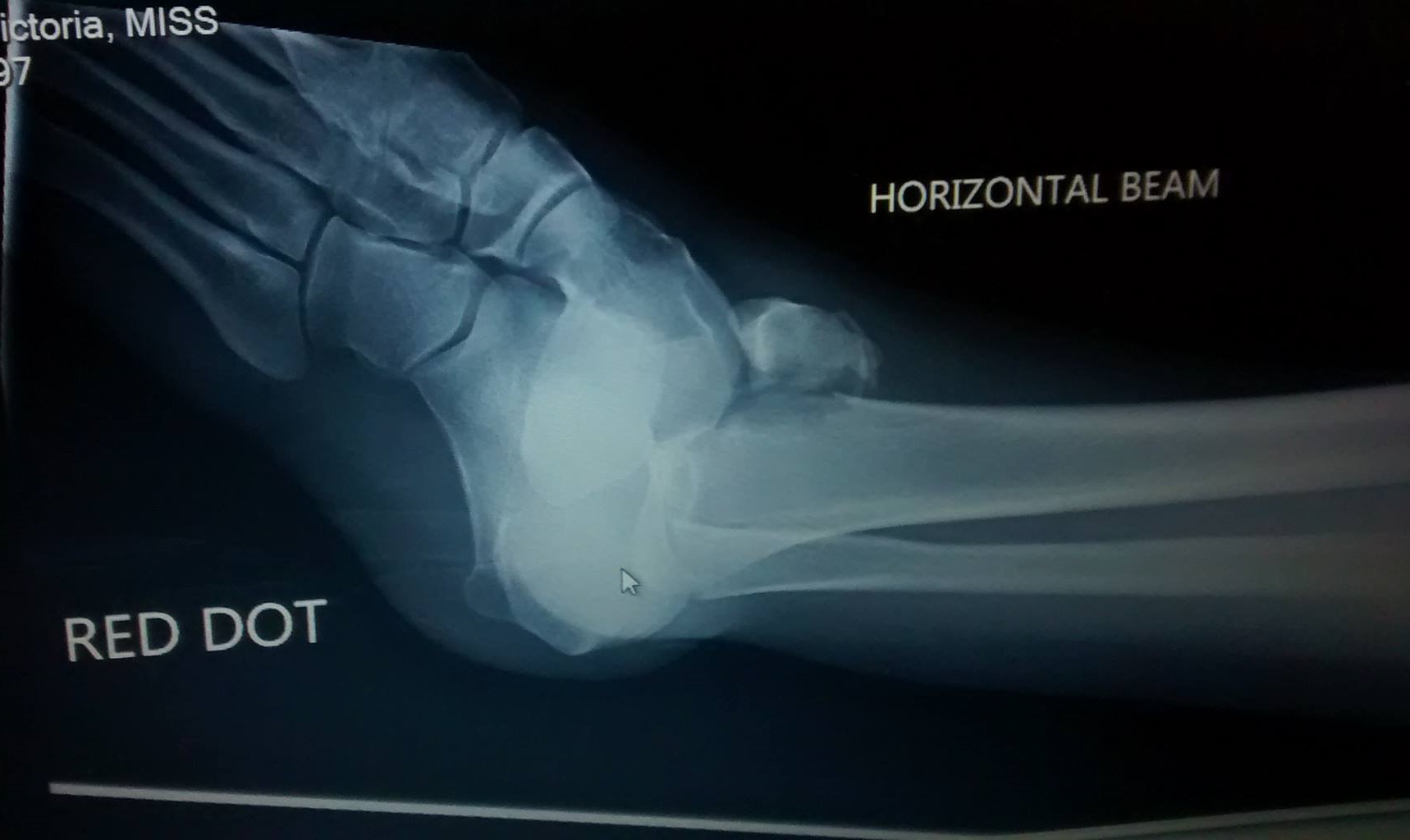 This x-ray seems to show pretty well how wrecked the joint was! The lump on the top of the leg bones is the chunk that I had broken off, you can kind of see where in the darker patch under it. Honestly, it’s quite hard for me to interpret these images- they look so different to how a normal ankle x-ray does, it’s difficult! I’m going based on the leg bones, as they seem to be fairly intact. The toe position doesn’t really seem to be sufficient for working out orientations, as the foot has been rotated a bit oddly!

This picture from Wikipedia shows an ankle joint (albeit one that appears to have a tumor above it), and I think that my above x-ray picture is taken from a similar angle to the one on the right:

As I mentioned in my previous post, I ended up with a metal frame holding the joint immobile so that I didn’t do more damage while the swelling went down. After the swelling had gone down a bit, I had a CT scan to check the progress before it could be operated on. This shows the bone fragmentation quite well! 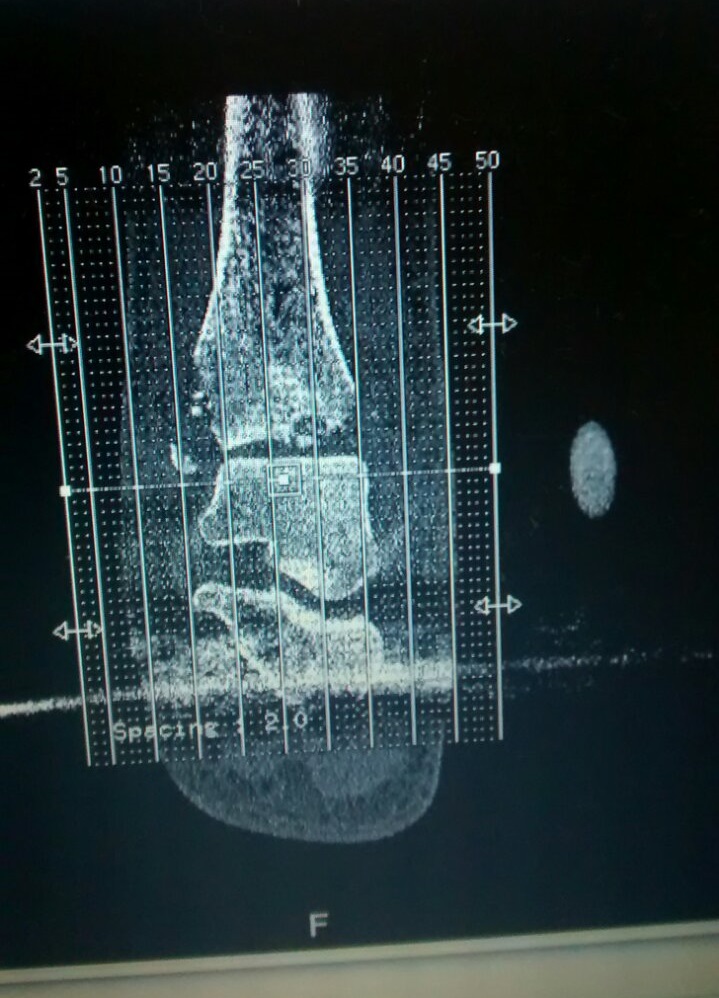 After this, I was able to have my final surgery to fix the joint. I am now part robot, as I will forever have bits of metal/screws holding my ankle back together.

This holds the sheared chunk of bone back on the main bone, and does other bits and pieces with the joint’s stability. I also have a cast on to hold the joint still. There’s quite a bit of swelling currently after the surgery, which will hopefully go down soon. I’ve been in quite a bit of pain since the surgery, and ended up having to have the cast split to releave some of the pressure. In a week or so I’ll be getting a new cast, which I will probably be stuck in for 6 weeks. Here’s to a fast recovery!