Back from a short break!

When recovering from my knee injury back in Lancaster, I took up rock climbing. Since moving down to Salisbury I’ve found some people at work who do rock climbing, and we go together once a week in Romsey. Normally it all goes fine, but this time I was a bit over confident. I generally don’t go to the top of the bouldering wall because I’m not confident in my falls. The routes were recently changed up at the usual wall however, meaning that the vast majority of routes ended at the top of the walls. Being a bit of a compleationist, I really wanted to get to the final hold! I almost made it, and friends cheered me on, and I made the stupid decision to jump for it. Cue me falling 3m, and landing very badly. My disgusting injury can be seen below: 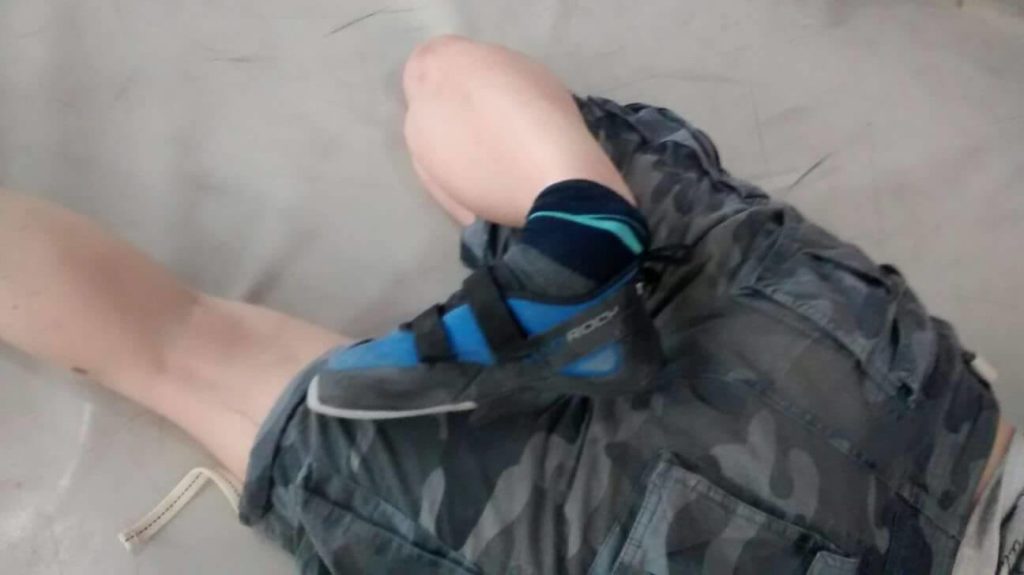 So, off to hospital I went! I’ve ended up in Southampton hospital for the time being. An x-ray showed that not only had I dislocated the joint, I’d also heavily damaged the bone (I’m hoping to be able to get copies of these!). They tried putting a cast on me to hold the joint, but that wasn’t sufficient. So, after being put under, I woke up to a metal frame holding my ankle together. 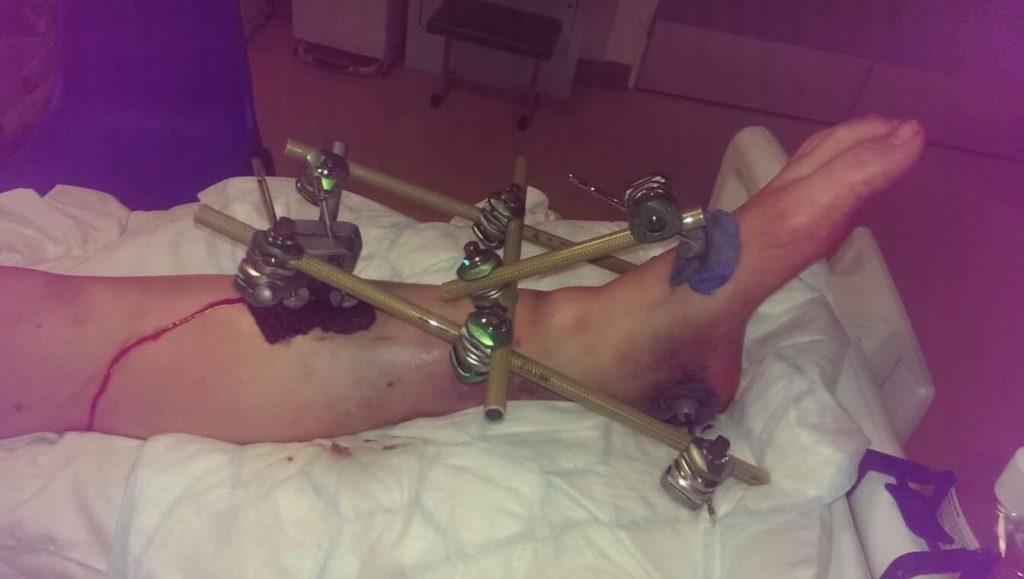 I’ll need extensive surgery to get this all fixed, but need to wait for the swelling to go down before they can do so. I injured my leg last Wednesday, and I am now writing this the Tuesday after. The swelling is going down well, so hopefully I can get surgery soon! My leg is forever going to need metal plates and pins in it to hold it together, but I’m expected to recover fairly well. I’m supposed to be off to Italy at the start of September, so that’s my target recover date!

I’ll be sure to update with more gross pictures/any x-ray images I get my hands on!