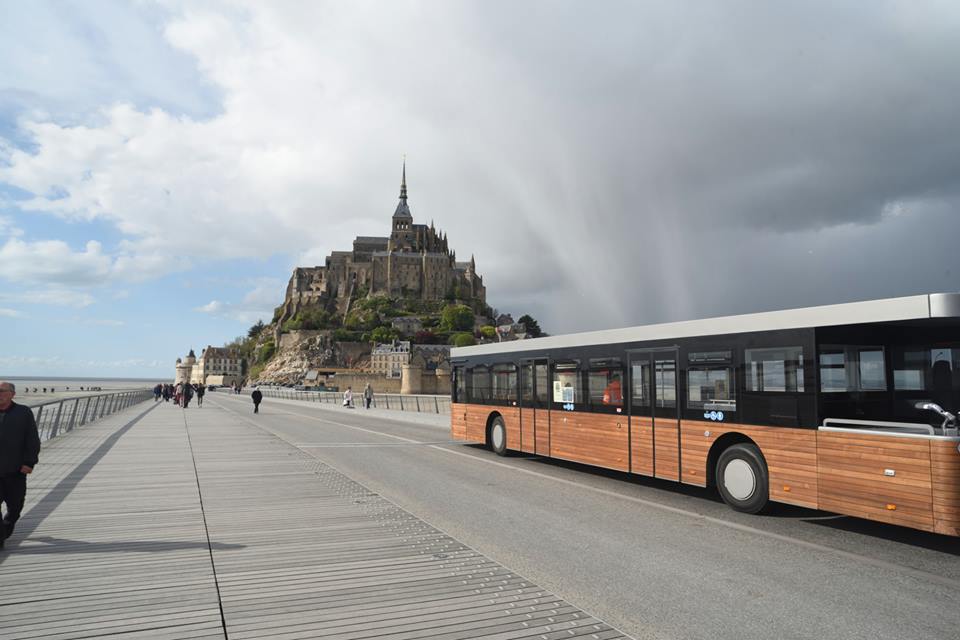 A friend recently got a job near Girona in Spain on short notice. He had a fair bit of stuff to take with him, and so he decided to drive down there. I was invited along for the drive! Being me, I took many many photos and documented the trip! 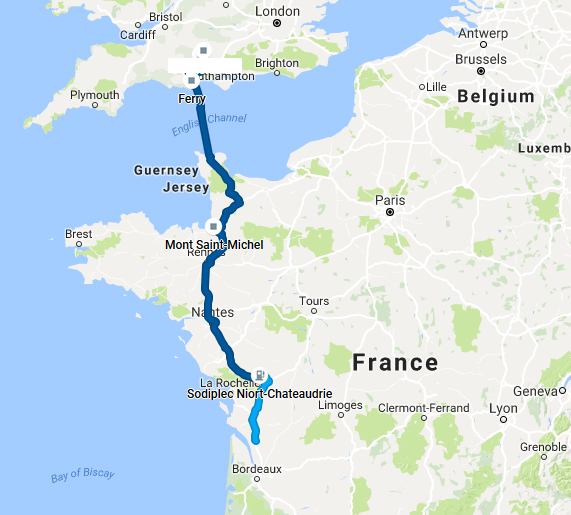 Day 1, we left Salisbury at about 5:30am to get a ferry from Poole. 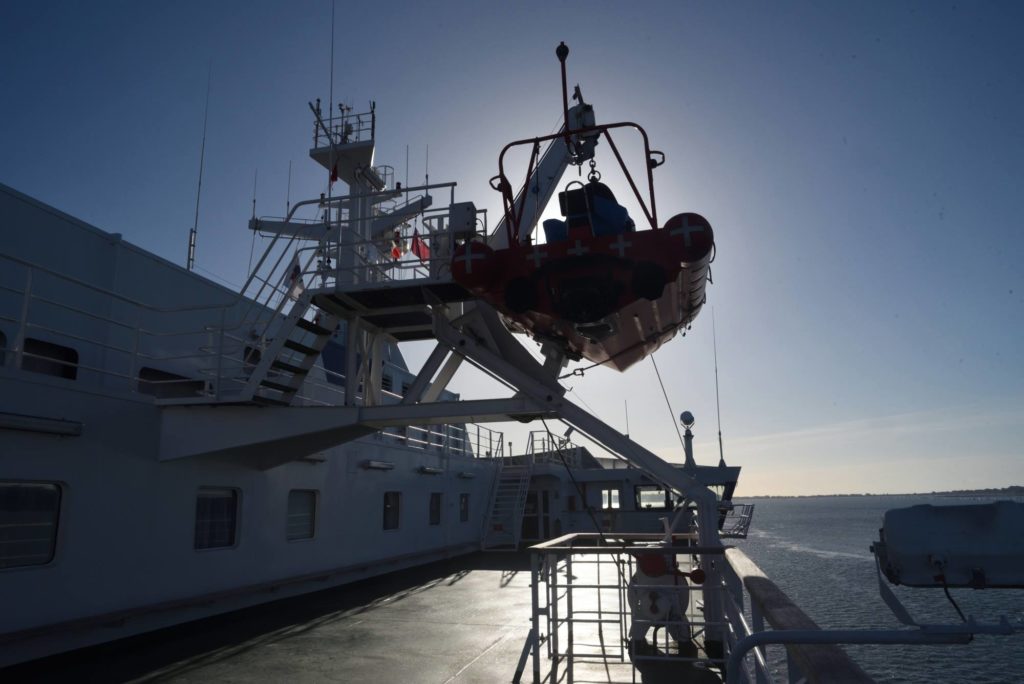 The Poole-Cherbourg crossing was quite a long one, and so we finally made it to France in the afternoon. We wanted to drive down the west coast of France, and so we decided to stop by Mont Saint-Michel! 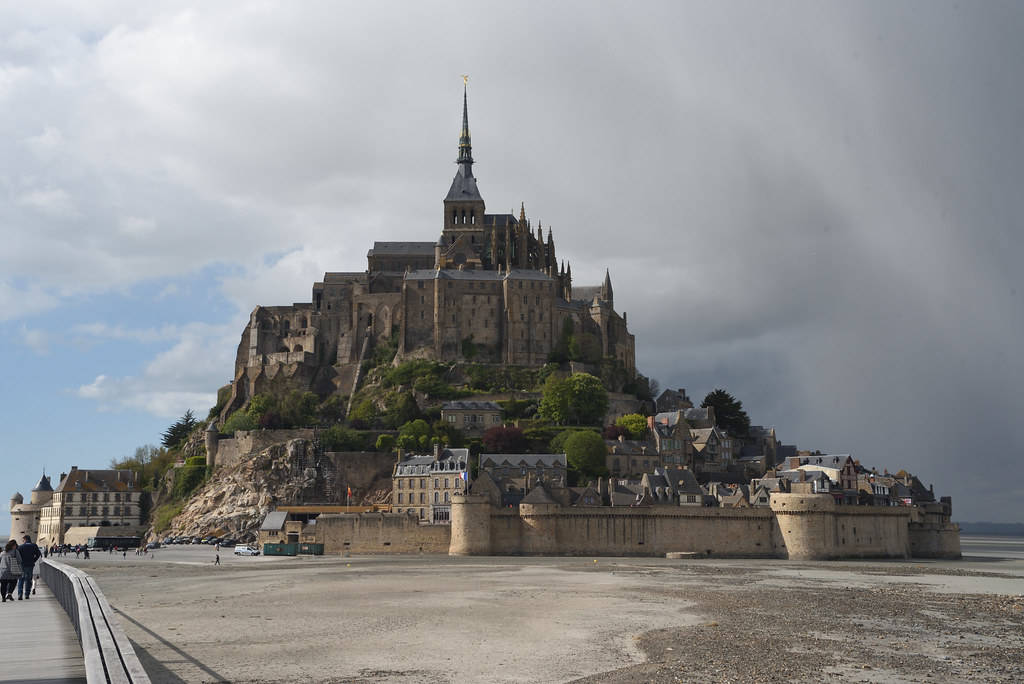 I’ve previously mentioned flying over Mont Saint-Michel, and so it was nice to see it from the ground! As it turns out, you can’t drive anywhere near it without a permit. Instead, free coaches regularly run out to it. We had pretty good timing on our trip, as it started to rain/hail heavily as we were leaving!

Before heading up the island, we walked a lap of it on the surrounding mud flats. 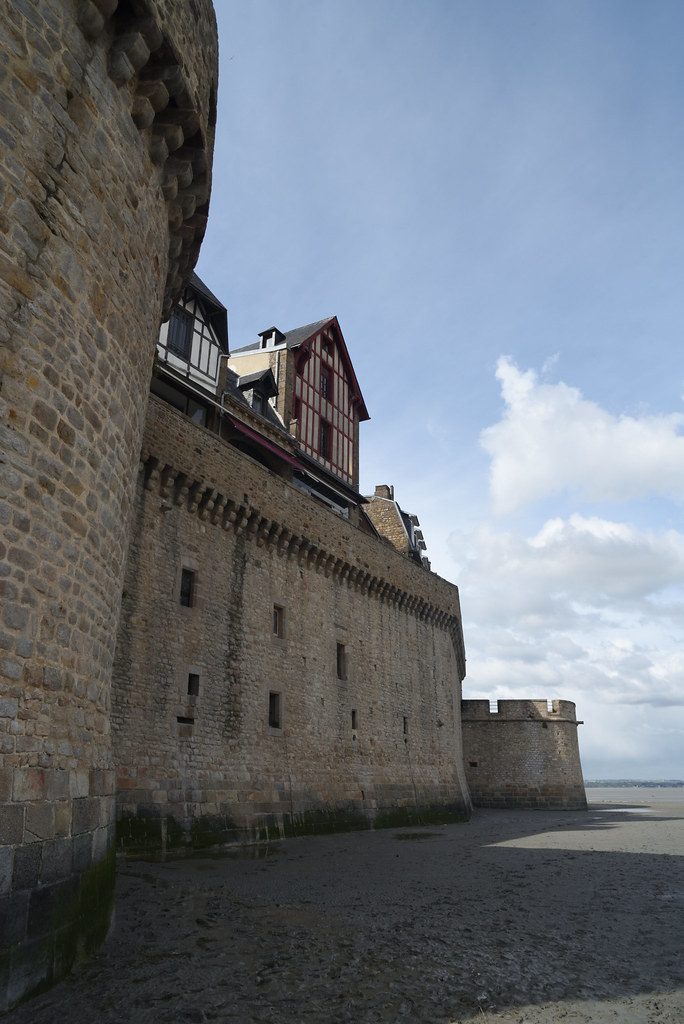 I’m glad I was wearing my walking boots, as it was a bit squishy 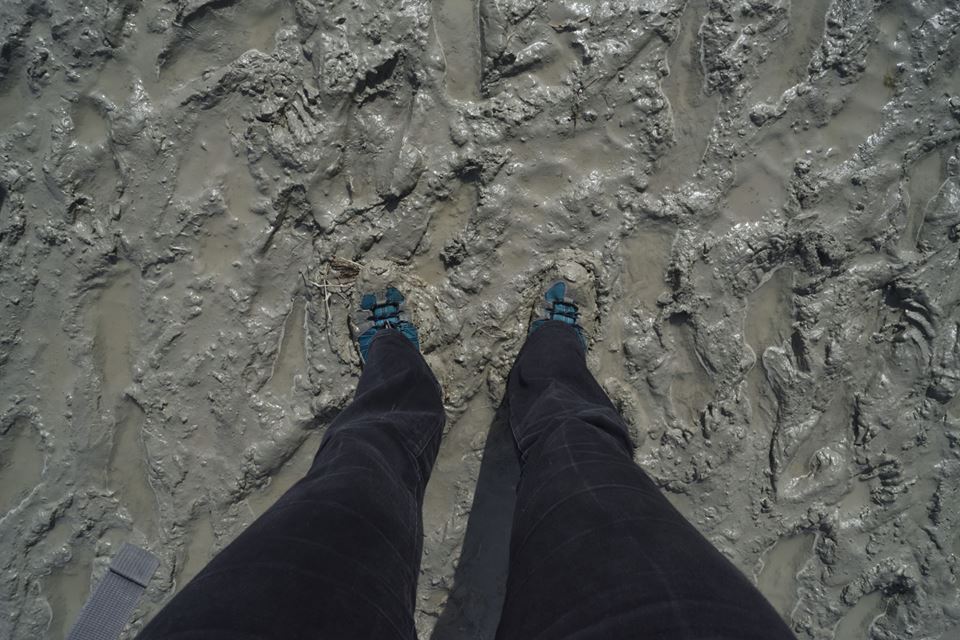 Incidentally, I was quite filthy by the end of the trip! Walking around the edge of the island was actually pretty interesting, as there’s a smaller chapel towards the back which seems to get less foot traffic. 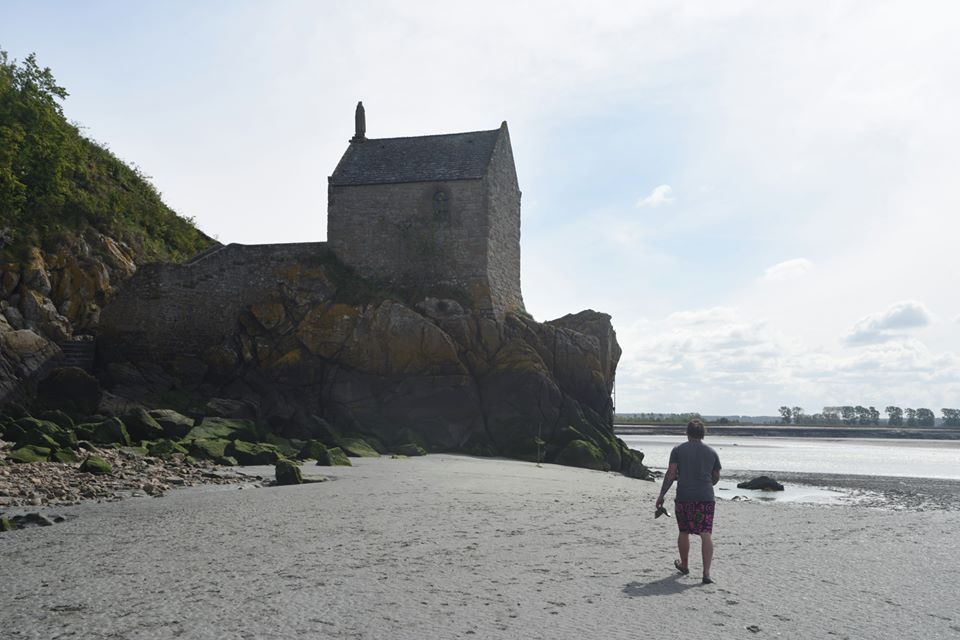 The building was locked up and looked pretty dusty inside, so the best we could do was peer through the window really. 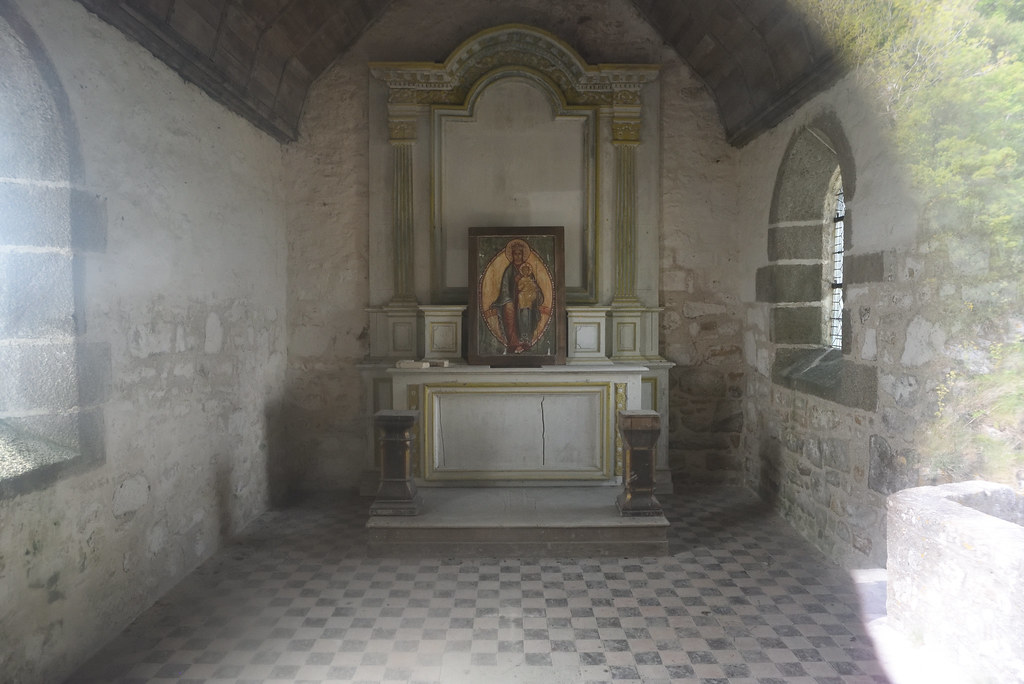 Interestingly, the roof of the chapel had a figure on it. 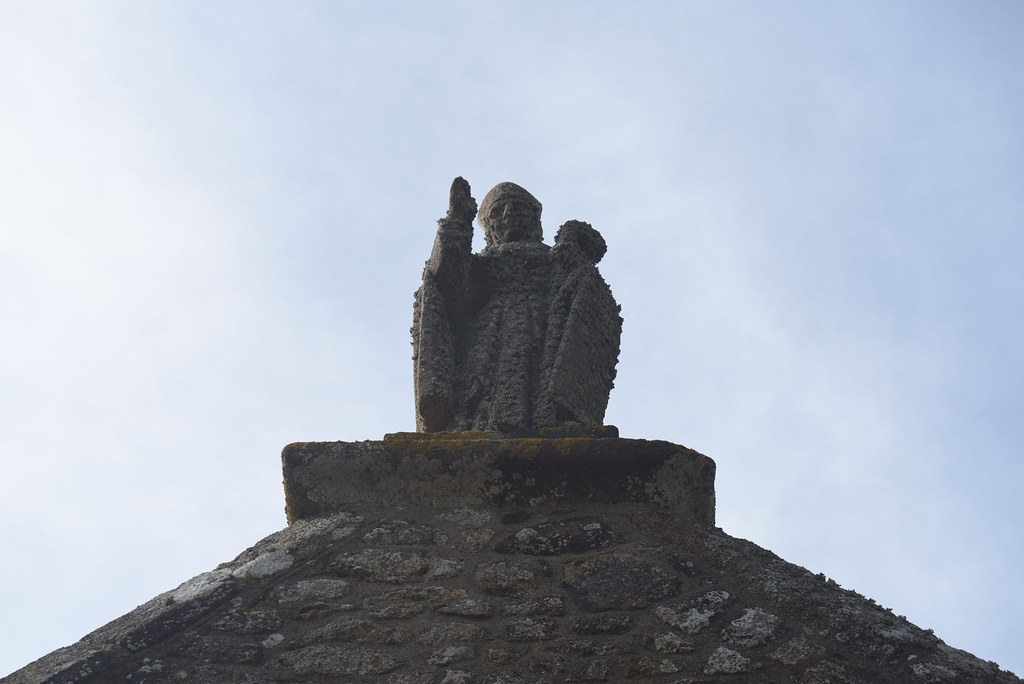 I couldn’t say who it is supposed to be, unfortunately. They were obviously very warn due to their un-sheltered position and yet still stood tall, facing the main island. A guide mentioned that the buildings of Mont Saint-Michel are arranged much as society was at the time. Peasants lived at the bottom, with the wealthier/most important people at the top. This was reflected by the style of the buildings, growing more grandeur the further up you went. Having the small chapel sticking off from the side below the main island seemed to be the perfect location for this figure, staring up at the abbey above. 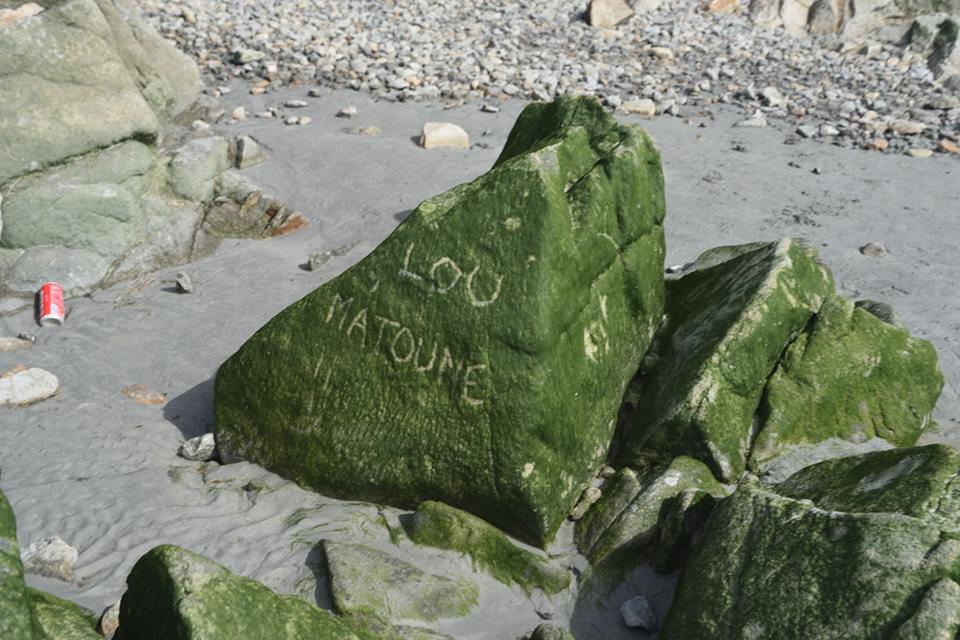 I can’t really speak of the longevity of writing graffiti using moss/seaweed growing on rocks, but it’s certainly a novel idea!

Wandering around the island-proper was interesting, if surprisingly busy for a week day afternoon. There were a lot of tourists, and many many seagulls trying to beg food off of them!

A lot of the buildings had been converted to small shops/cafes, but the divide in style between lower and upper buildings remained. 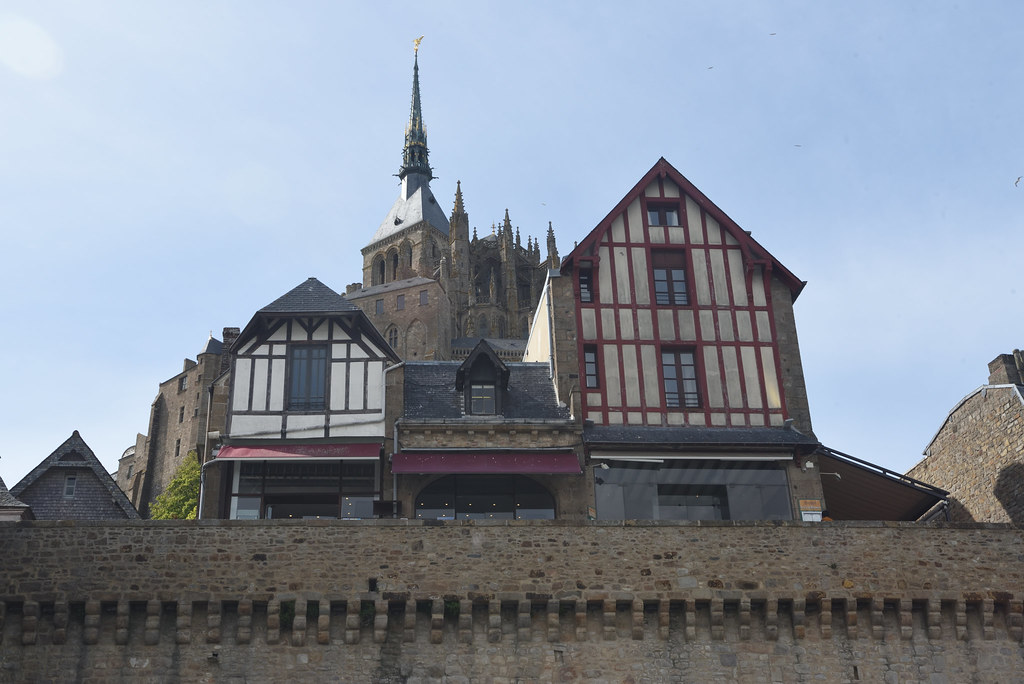 We walked as high as we could easily go, up to the abbey. Unfortunately, you had to pay to enter the actual abbey, and we were a bit short on both time and cash! So, we admired the views, took photos, and departed. 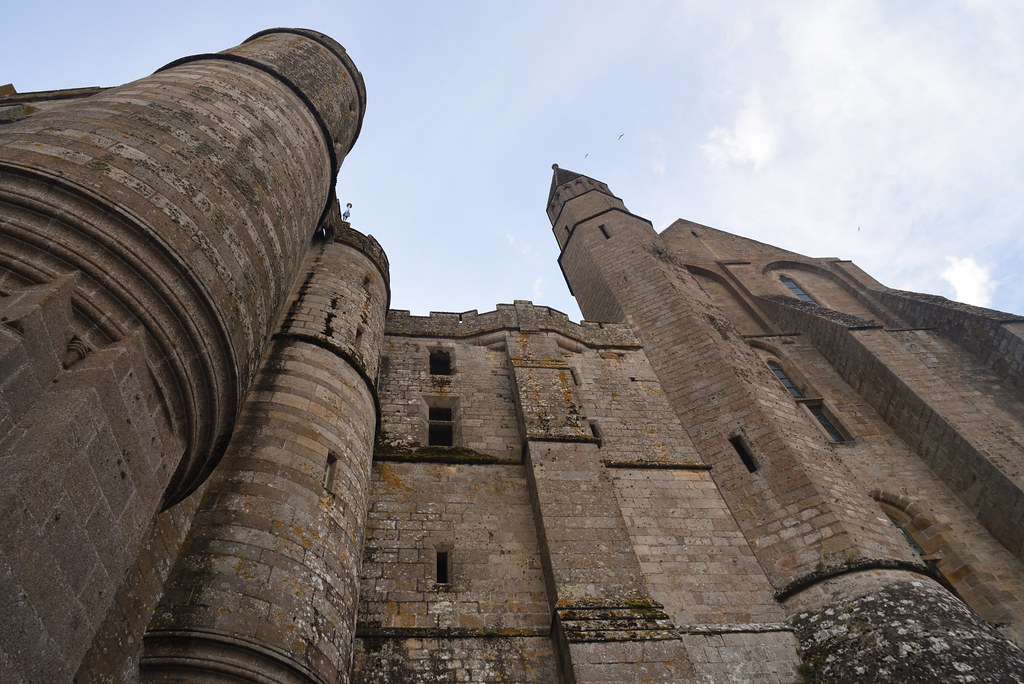 The views were certainly as I remembered from my last visit! 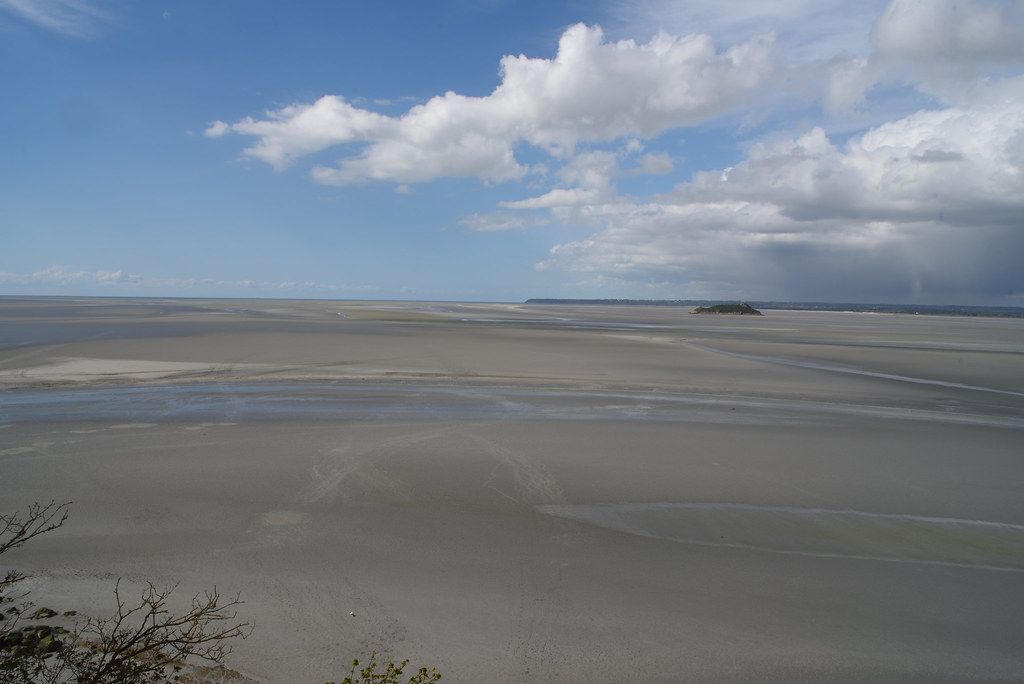 Driving away from the site also gave some nice pictures, with the incoming storm. 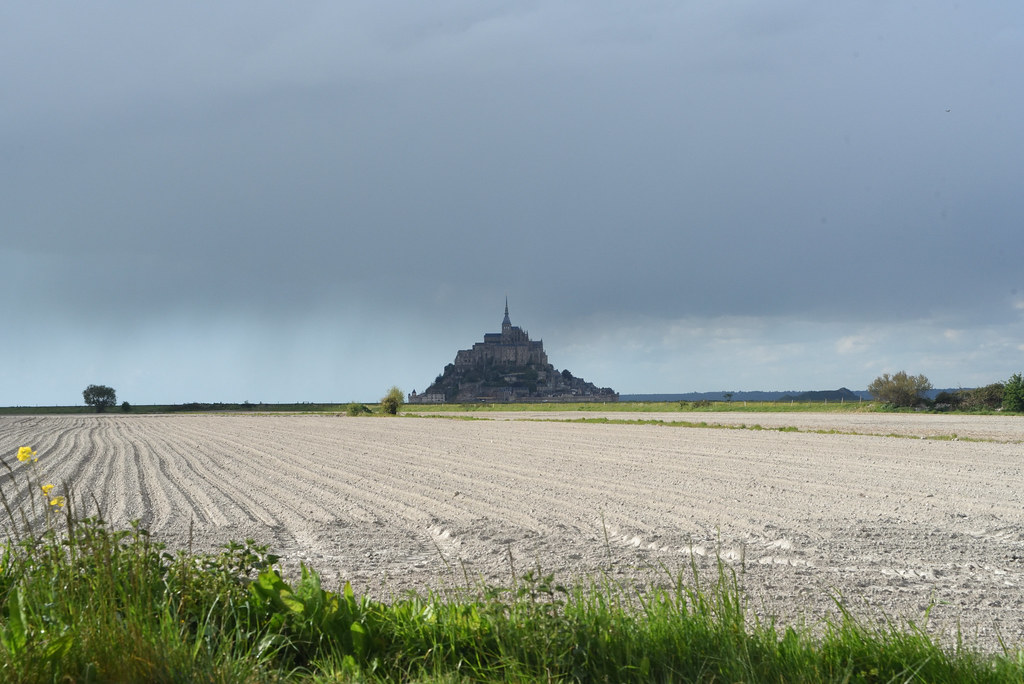 We tried being artistic, with mixed success. 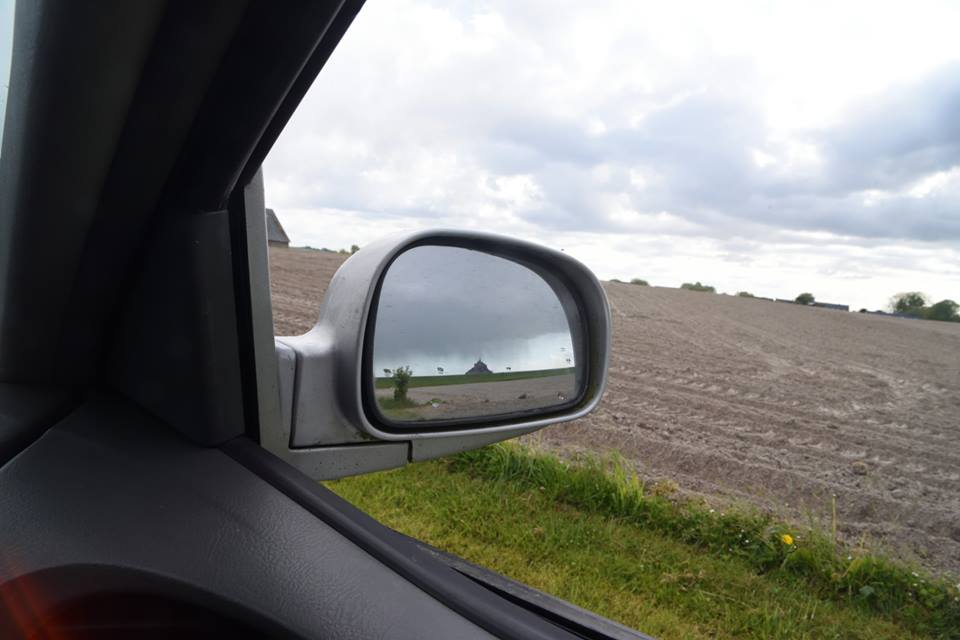 After our visit here, we drove south. We stopped at an Auchan to grab stuff to make sandwiches out of and fuel up the car, and stuck to the highway for speed’s sake. We hoped to make it down to our next destination, Dune du Pilat before going to bed, but we ended up pulling over at around midnight French time due to exhaustion. We’d planned to sleep in my friends car, a Hyundai Santa Fe. We stopped at a carpark on the side of the road, and rearranged the car to put all of his worldly possessions up front to make space in the back. In the end we slept in small spaces, surrounded by boxes. However, we were both so exhausted that we could sleep fine in such a place! We managed to not get murdered overnight, which I am appreciative of. Turns out sleeping in a car is pretty doable in France! In the morning, we set off again on our adventures.