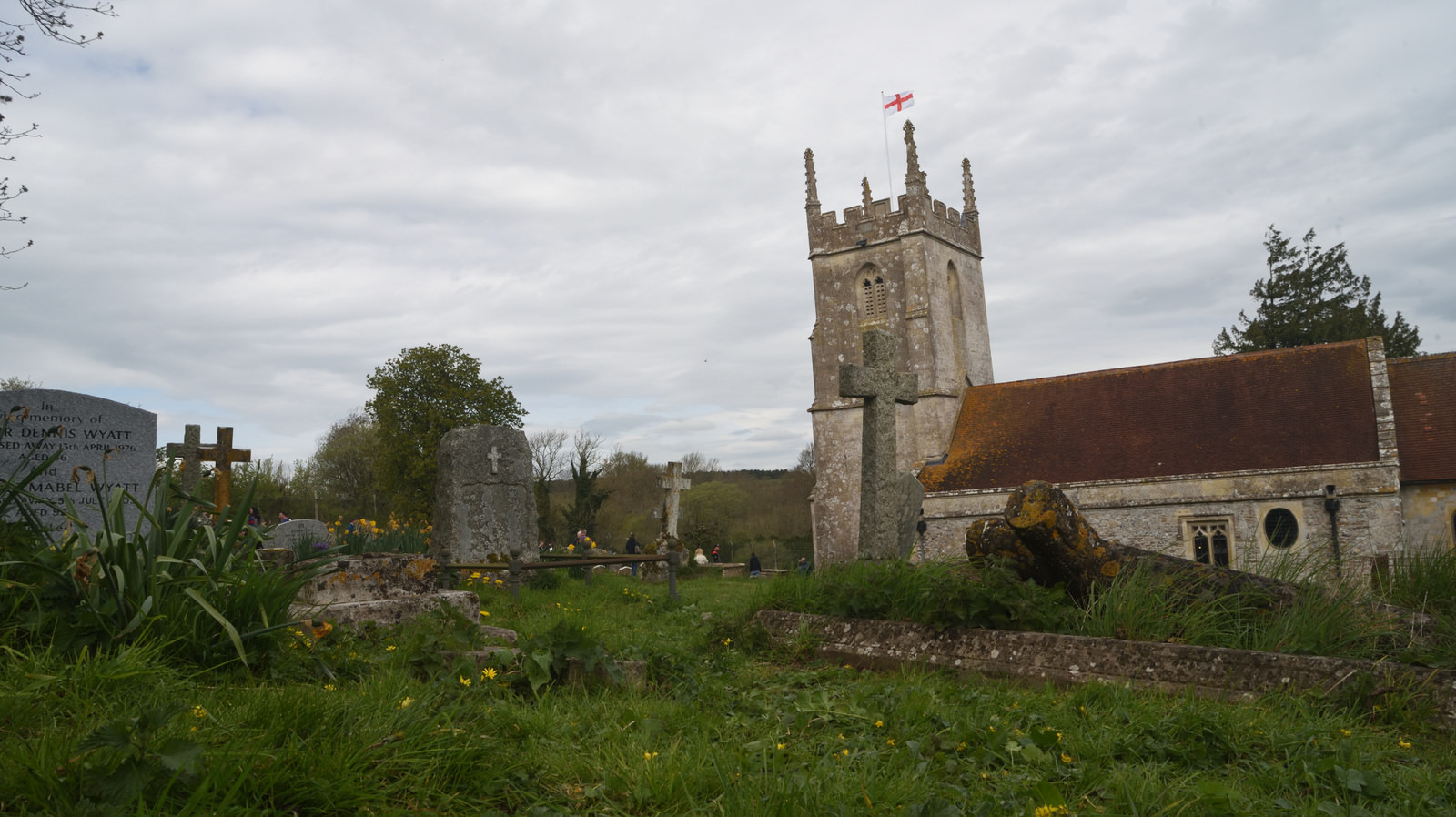 Imber Village is a village in the Salisbury Plains, which is used as a military training grounds. In 1943 the entire population was evicted “temporarily” for the creation of an exercise area for American troops during the Second World War. When the war ended, villagers were not allowed to return to their homes. To do this day the site remains under army control, with access normally closed off. A few days every year however, the site is opened to visitors; this past Easter Bank Holiday was one such day.

The entrance to the site was a bit annoying to find, as Google Maps tends not to send people through closed areas. We eventually managed to find directions online, and signs like this suggested that we were going the correct way. 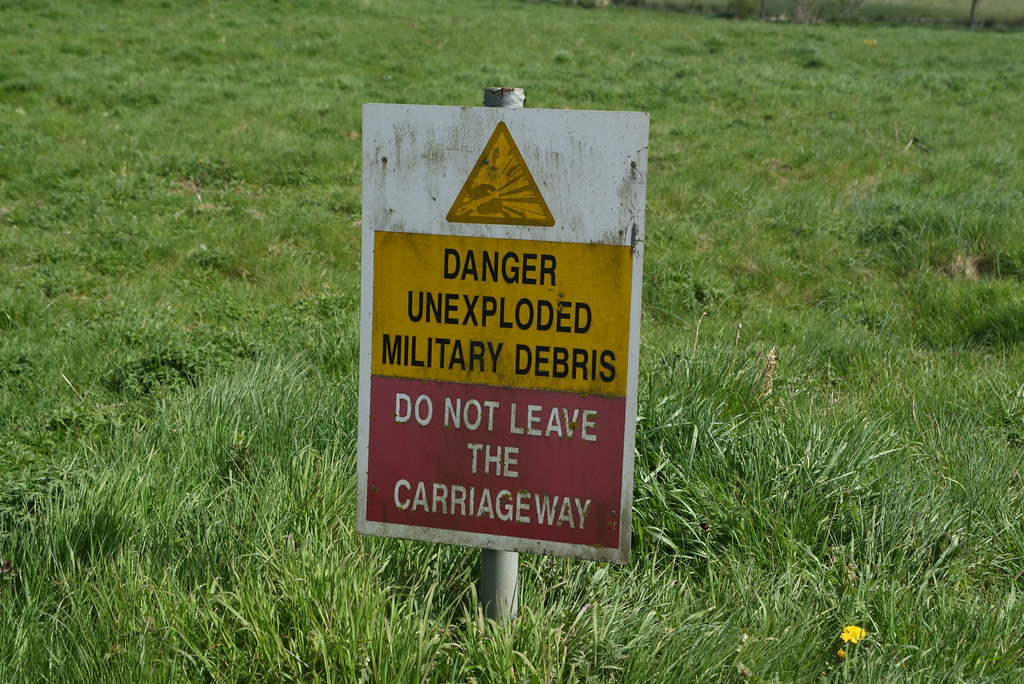 Eventually, we found the edge of the village! 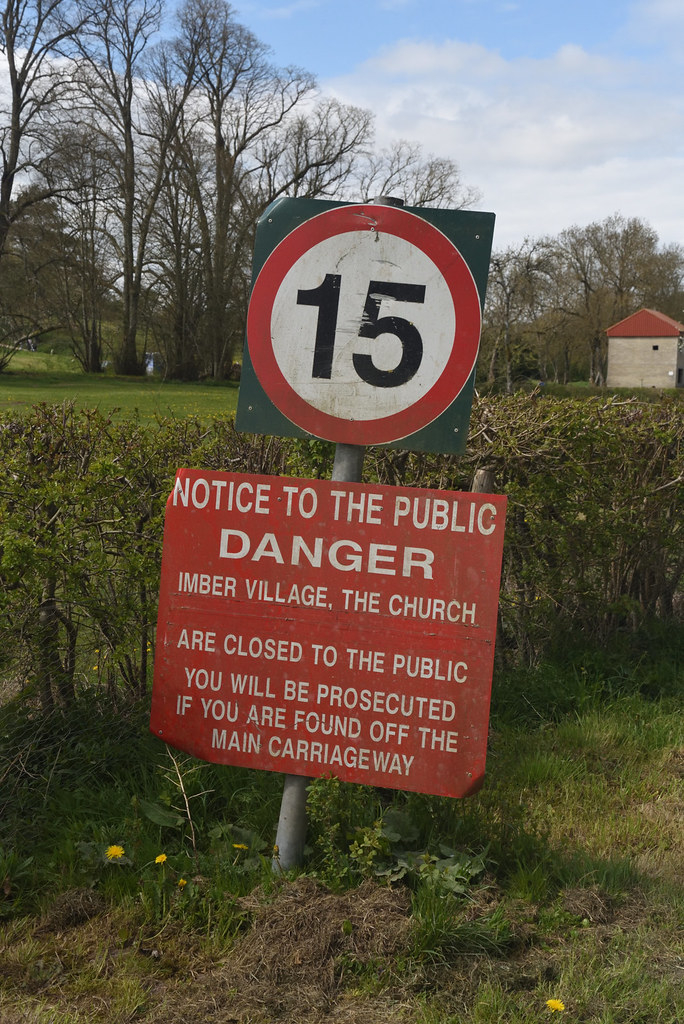 The town was quite busy, seemingly to be popular with bicyclers, joggers, 4×4 drivers, and families alike. 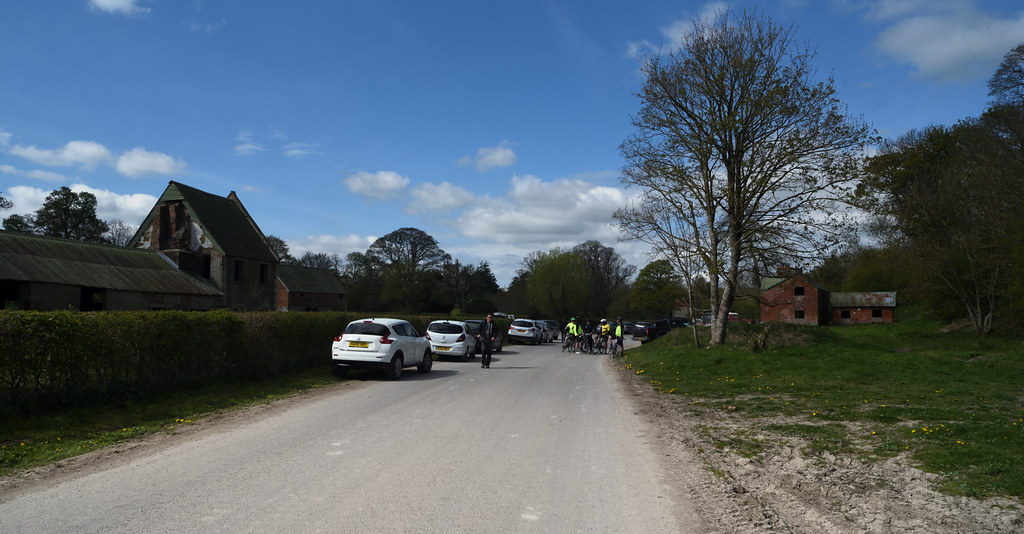 As part of the opening of the village, some buildings could be walked around. It was interesting to see the remnants of the old original buildings, and how they’ve been modified to suit army purposes. 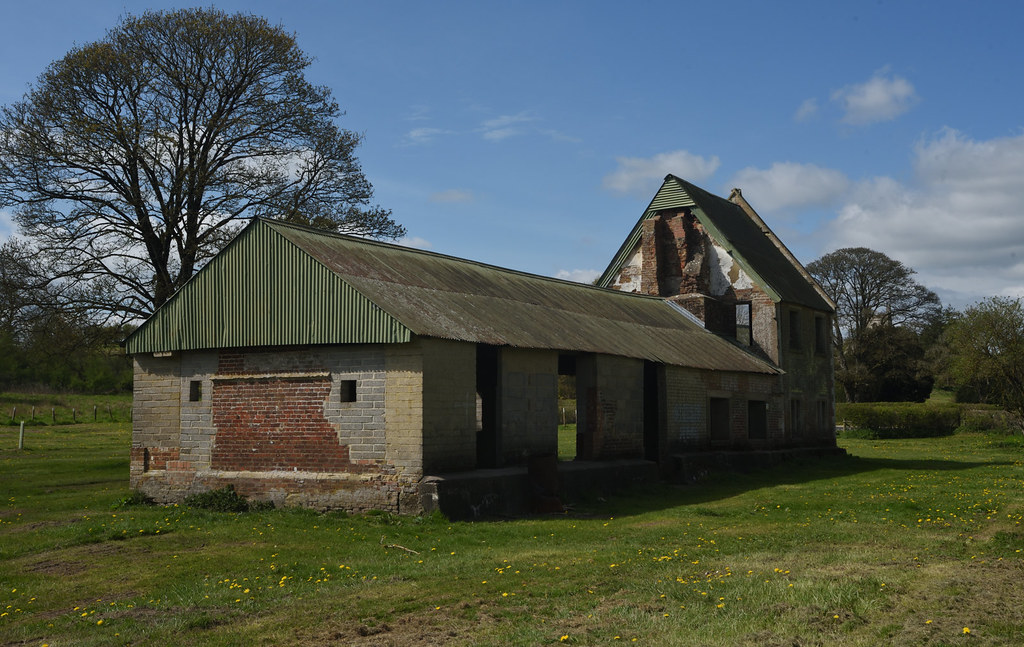 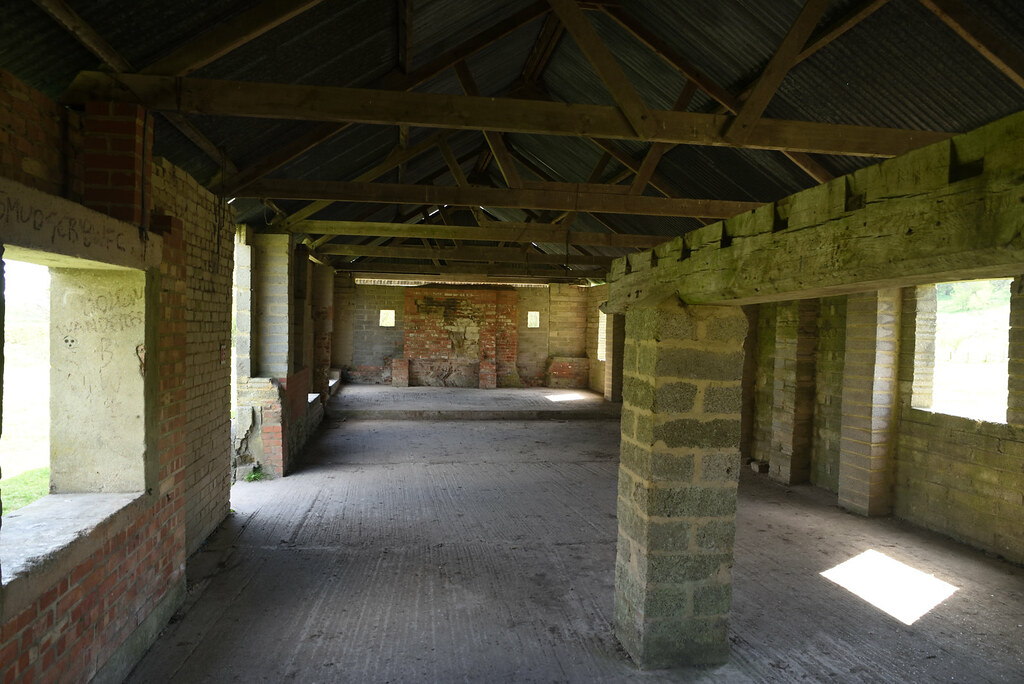 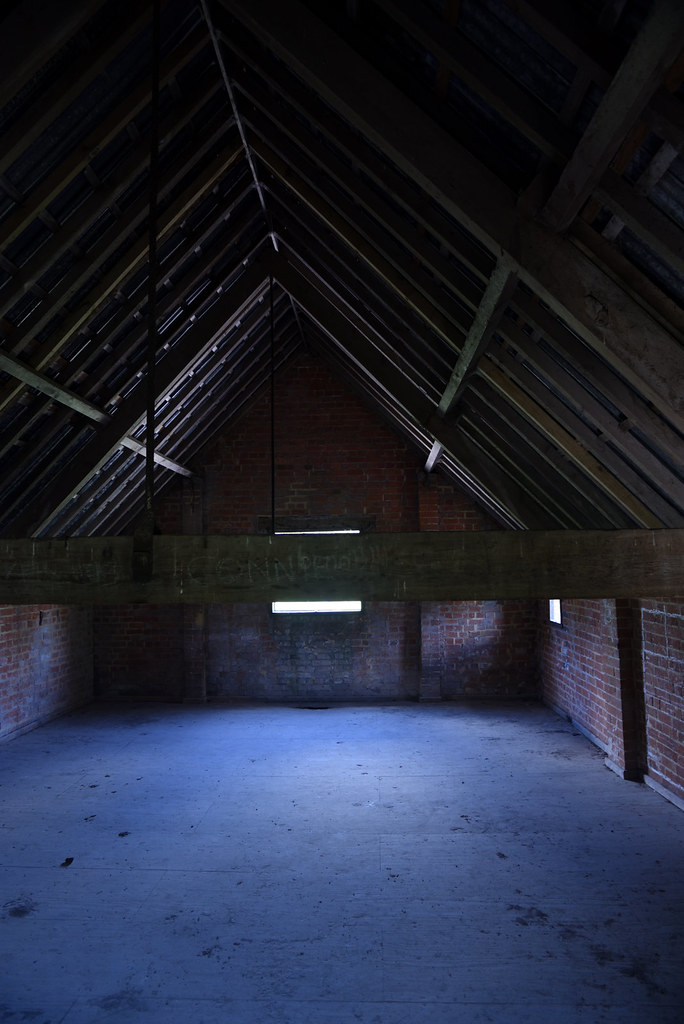 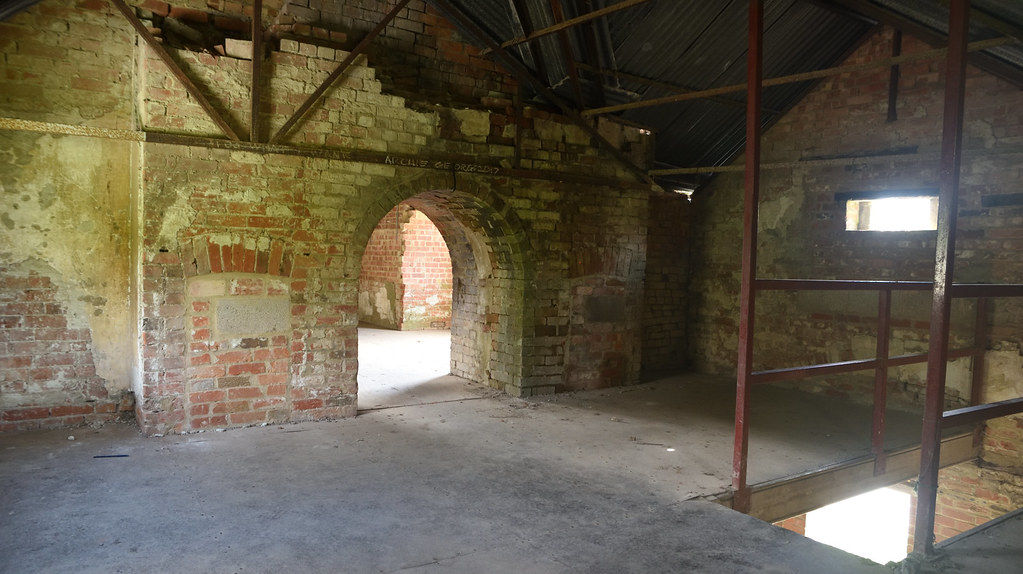 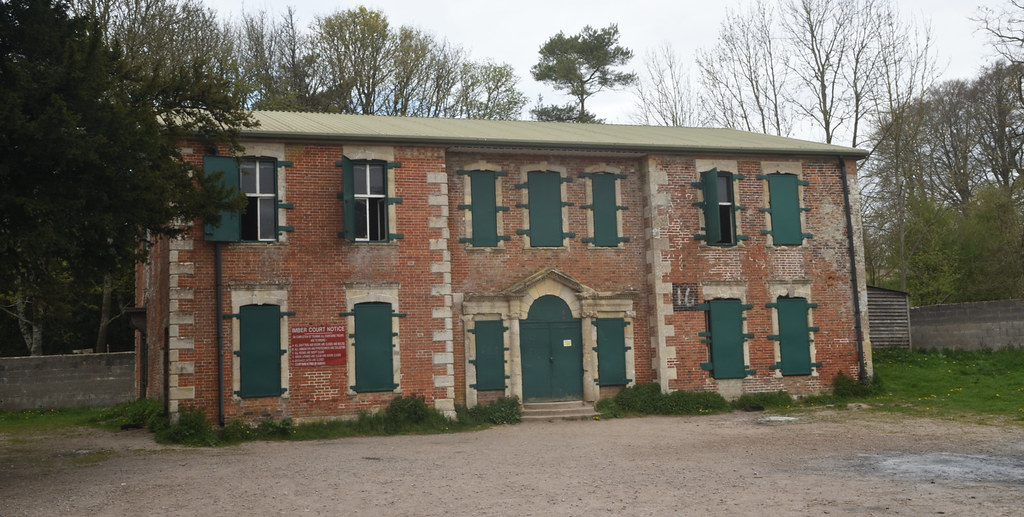 There are large amounts of graffiti around the site, assumedly put there by bored army troops. 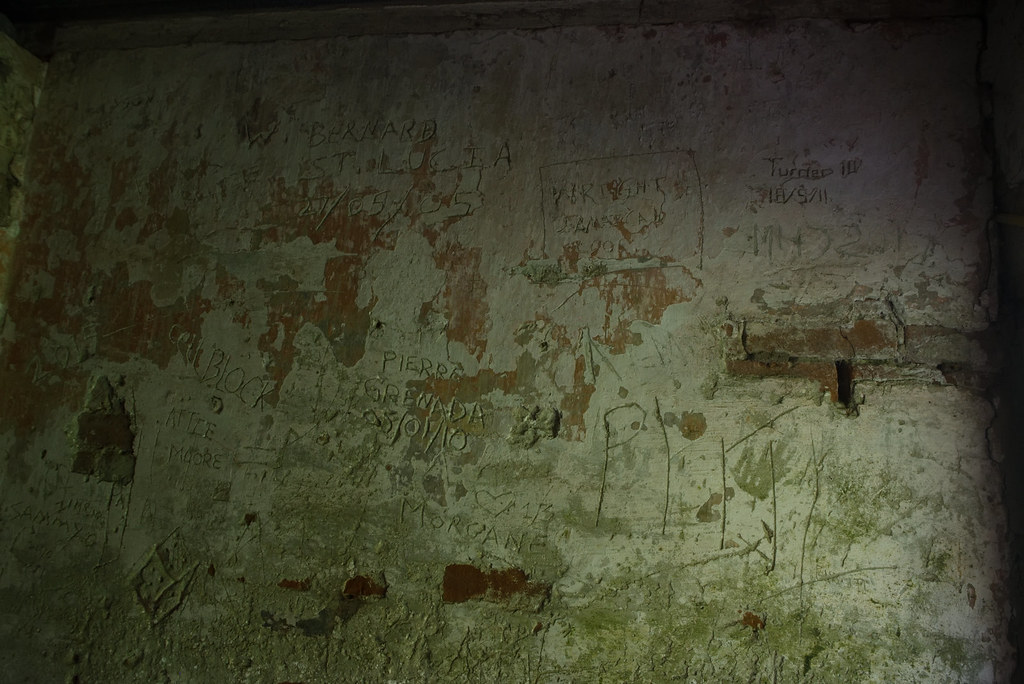 The dating of the graffiti suggests that this has only really been happening for the past 20 years. Perhaps graffiti has been removed before, as buildings have been restructured. There were signs of semi-recent work everywhere, such as this room still featuring the plastic sheet that the concrete flooring was poured on to. 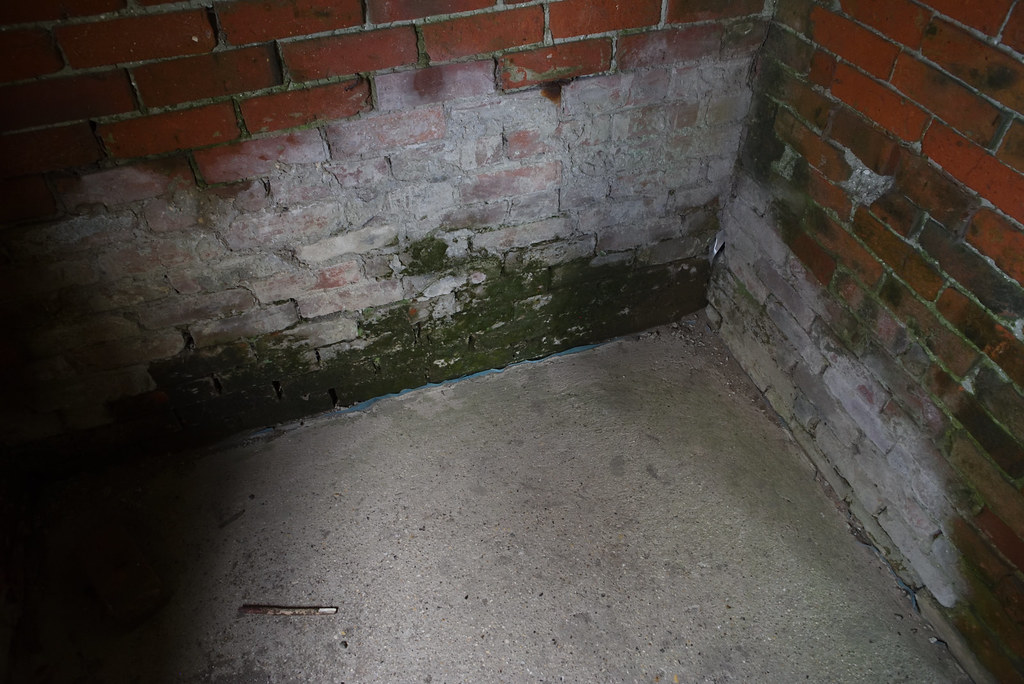 There were also empty ration packs dotted around. 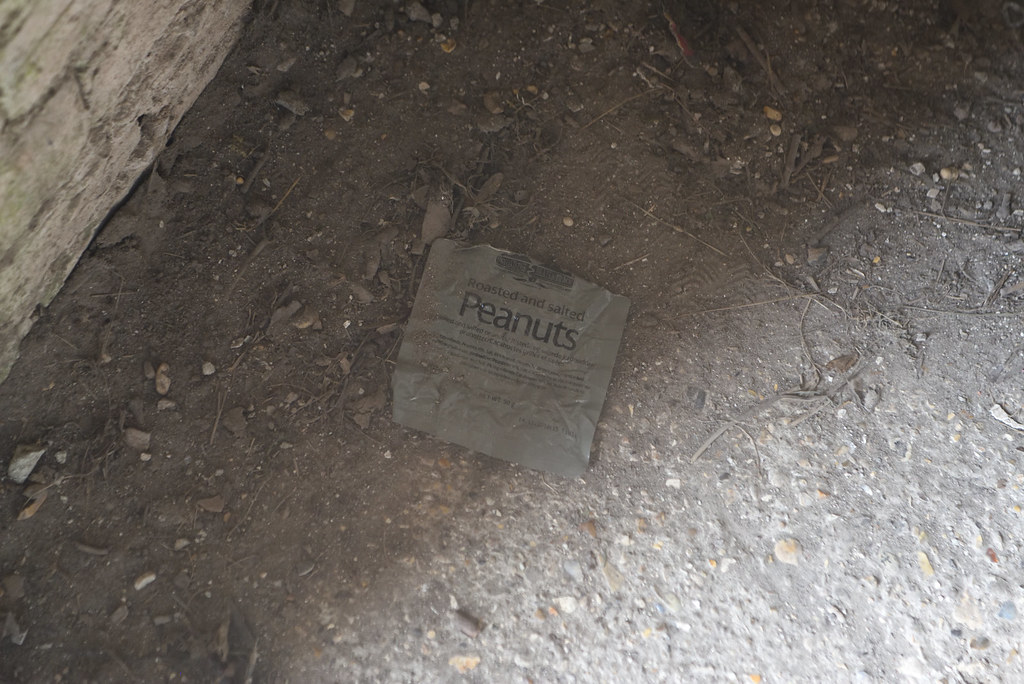 While we were visiting, there was an exercise occurring in one of the roped-off areas. It appeared that this was army cadets, rather than full-blown army however. 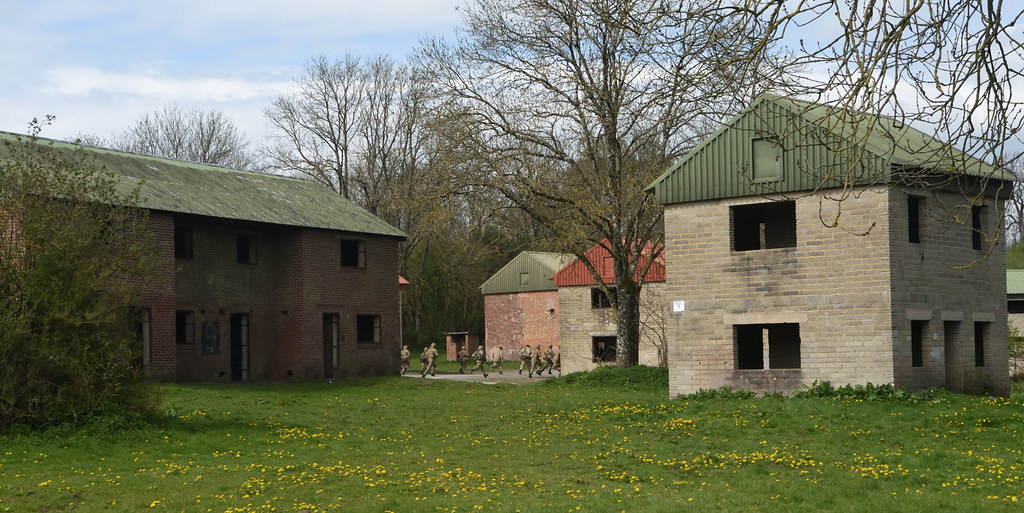 It seems possible that the houses being used here were more recent. 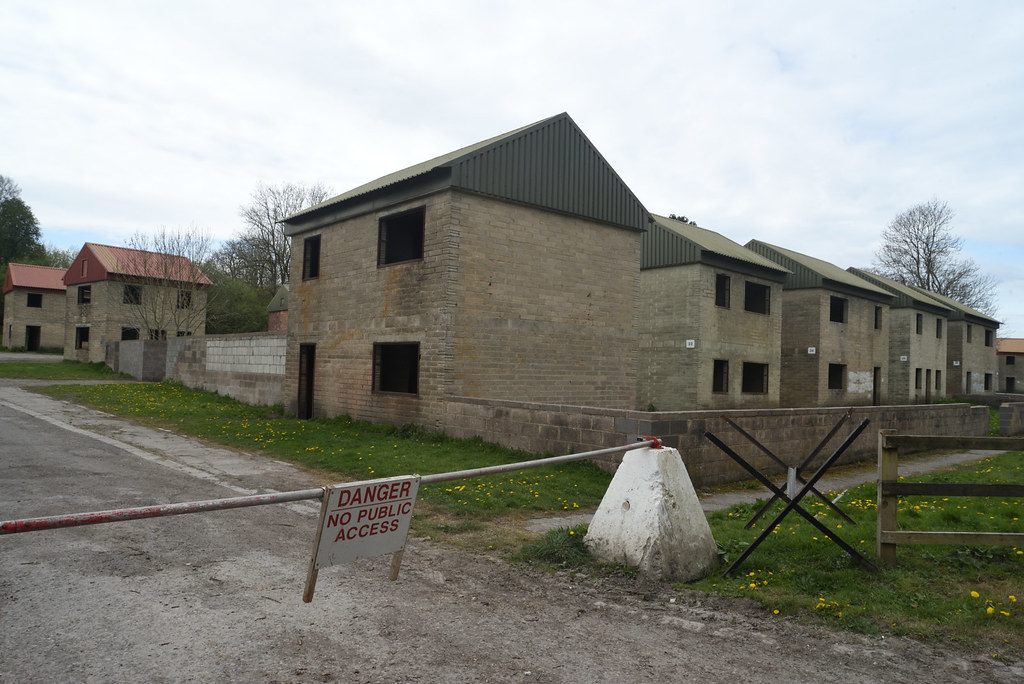 They were all very regular in appearance, and did not have the signs of modification/rebuilding seen in the older properties. Perhaps that is why this area remained fenced off.

One of the main reasons to visit Imber Village (especially at Easter) is to see the church. 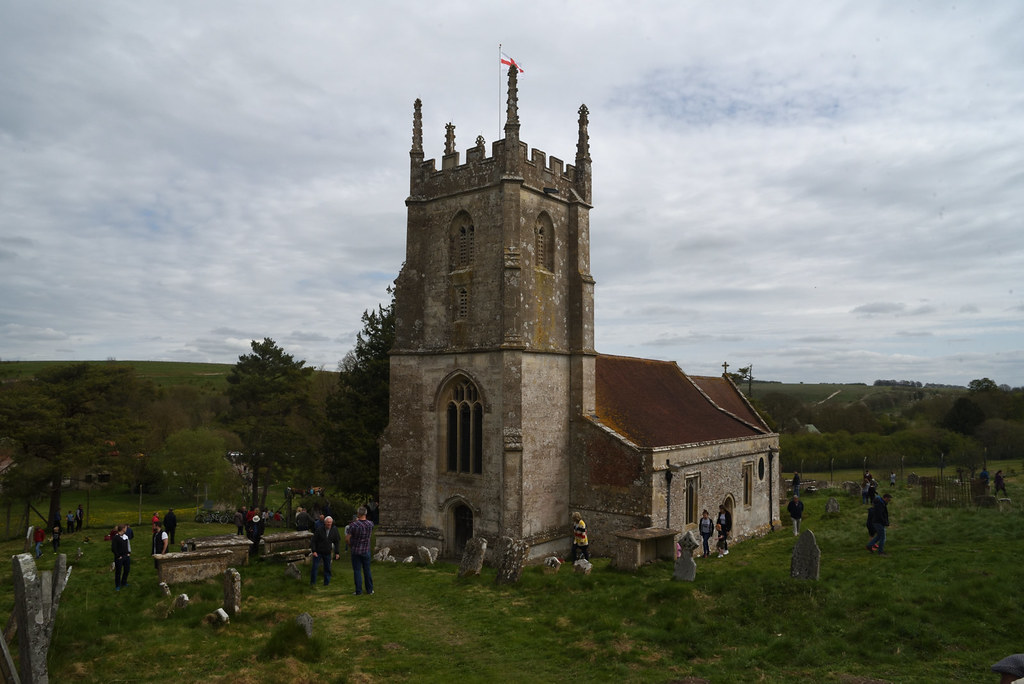 To celebrate the occasion, an Easter Egg hunt was taking place in the graveyard. This seemed a bit morbid to me perhaps, but the visiting children seemed to be enjoying it! 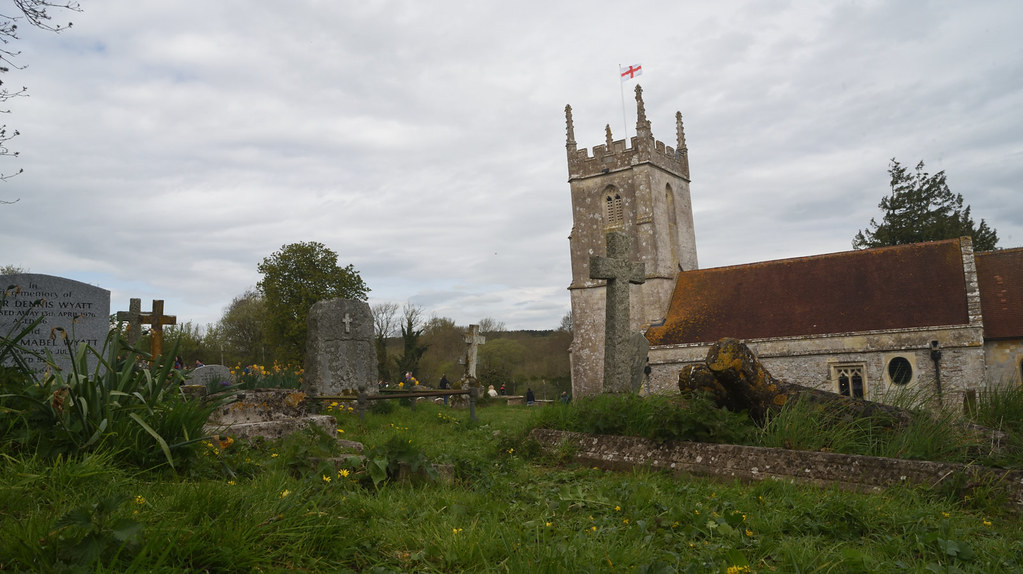 Inside the church was various pieces of information about the village, as well as historical photographs. 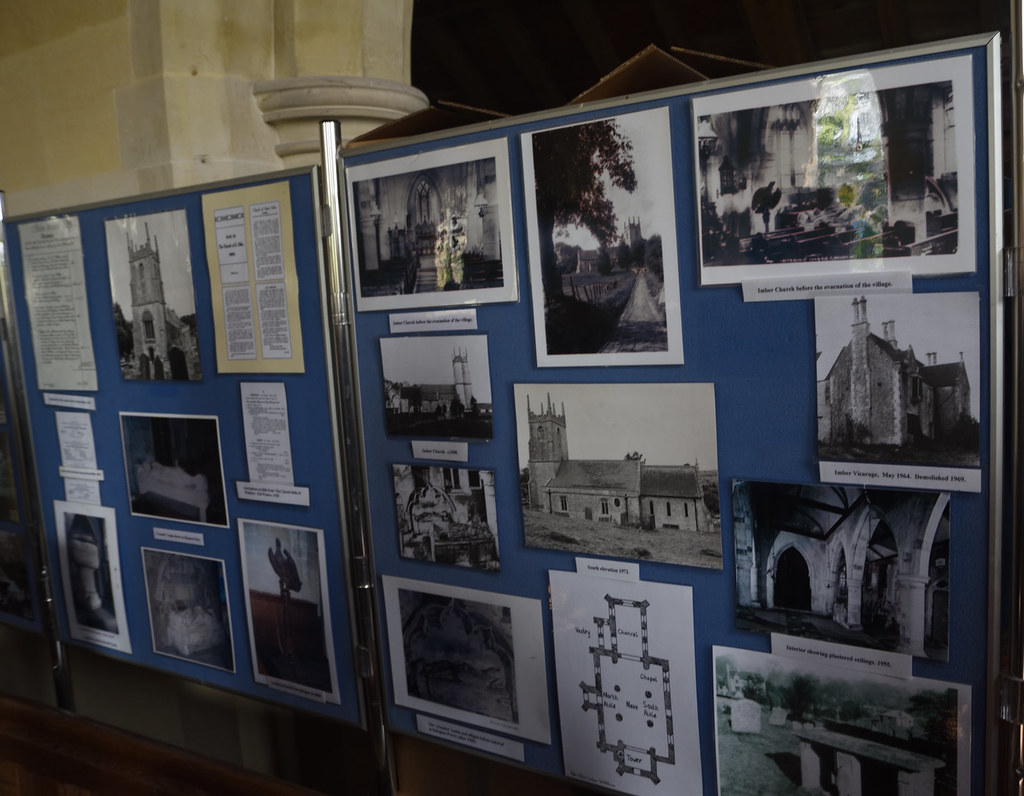 There was also a copy of the government purchase document for the site. 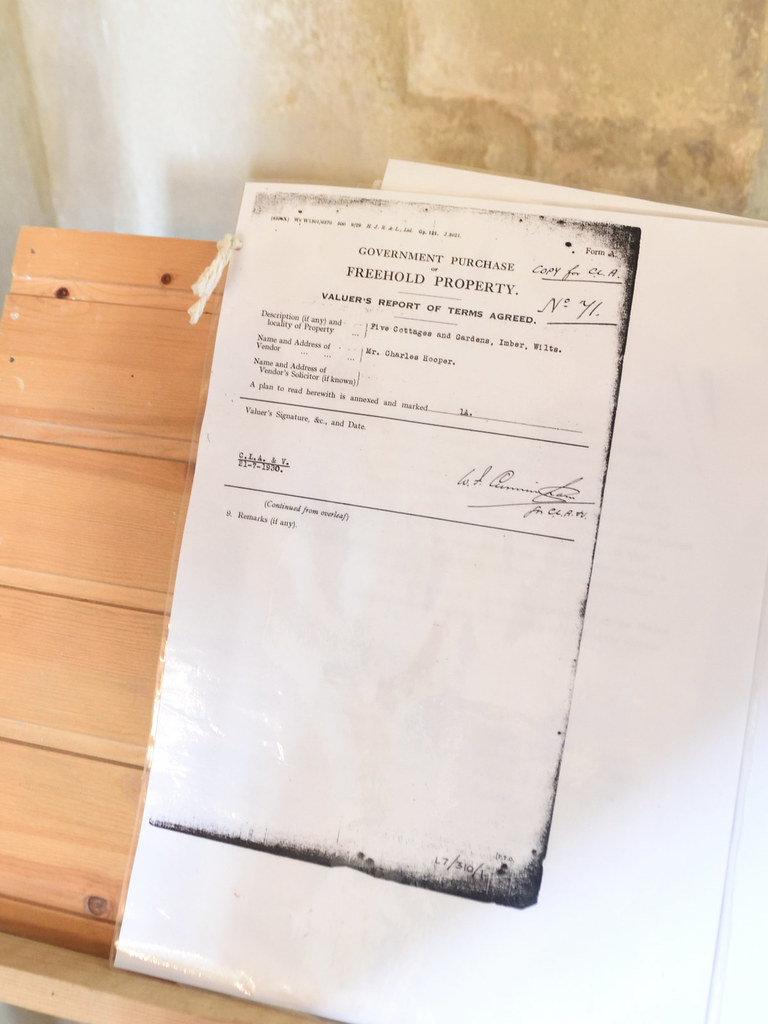 The inside of the church itself was quite pretty, if a bit busy! 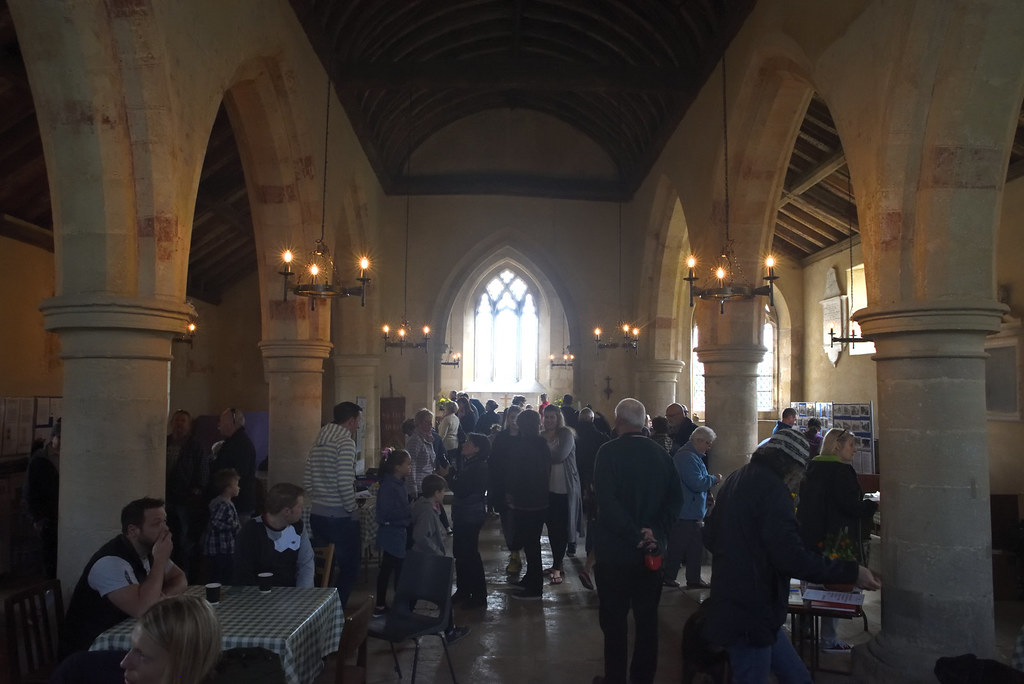 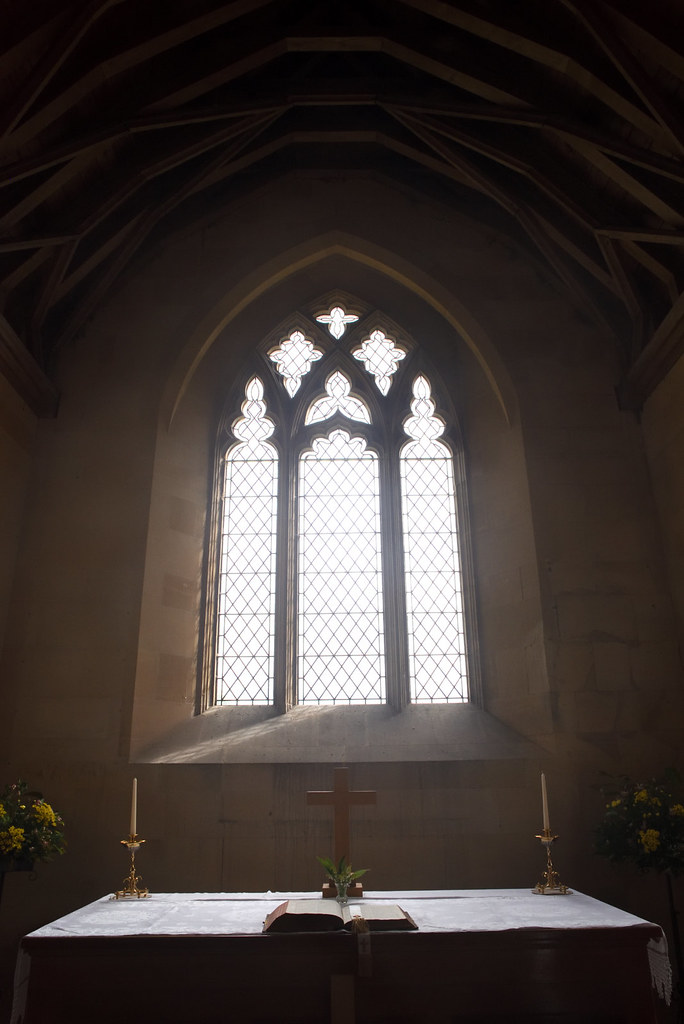 Browsing around the graveyard was quite interesting. I came across a relatively new looking grave stone. 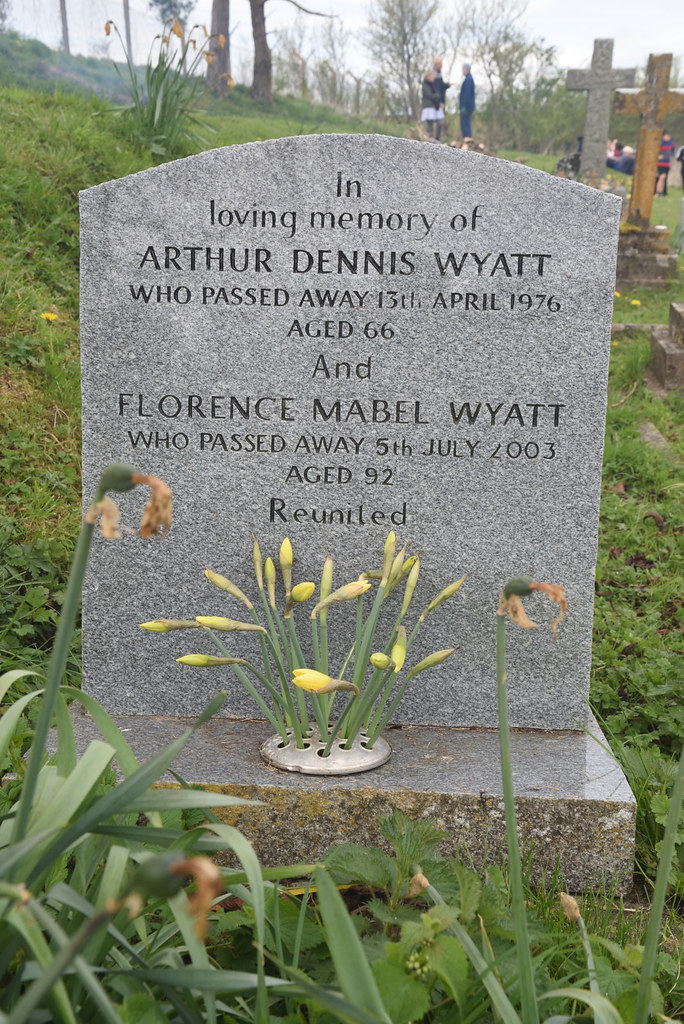 It appears that people may still be interred here. The first person named on this grave passed away after the village had closed, but possibly he had lived here before and wished to be returned here. His (assumedly) wife was also able to join him at a later time.

In general I’d say that Imber Village is worth having a nose around when it’s open, especially if you have an interest in military history!