Published by Vic Harkness on February 5, 2017

This weekend I had the chance to go and watch some FPV (first person view) drone racing at Popham Airfield. 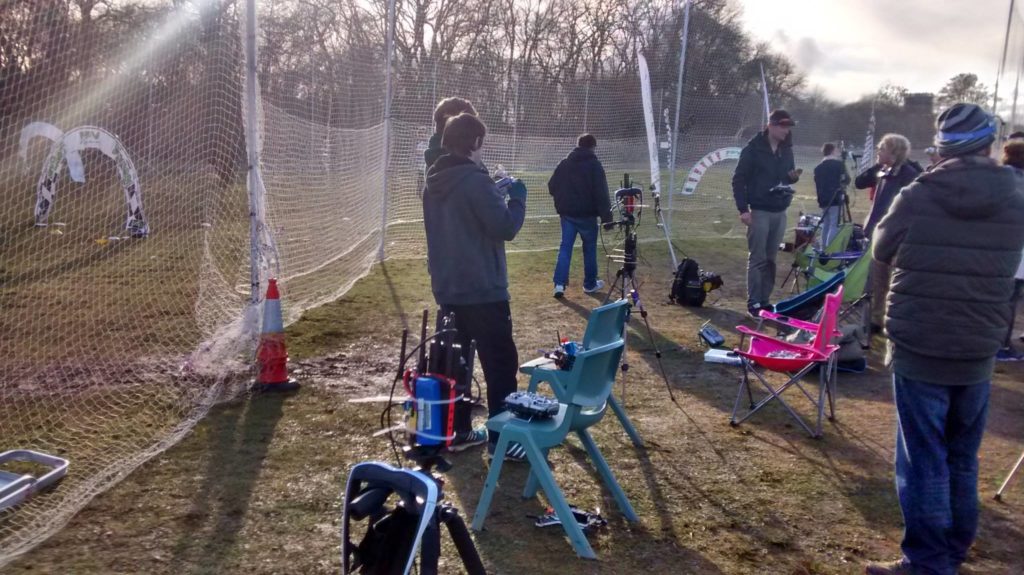 I’ve never seen UAVs this small flying in real life, and they really are amazingly zippy! The racers controlled them using the same sorts of controllers I use with my UAV, which is impressive in itself. The UAVs have tiny cameras on them, which allow the pilots to fly them out of line of sight using special VR goggles. Unfortunately, I was a bit distracted by the drones and so didn’t get a picture of a pilot, but an example of how they’re worn can be seen here: 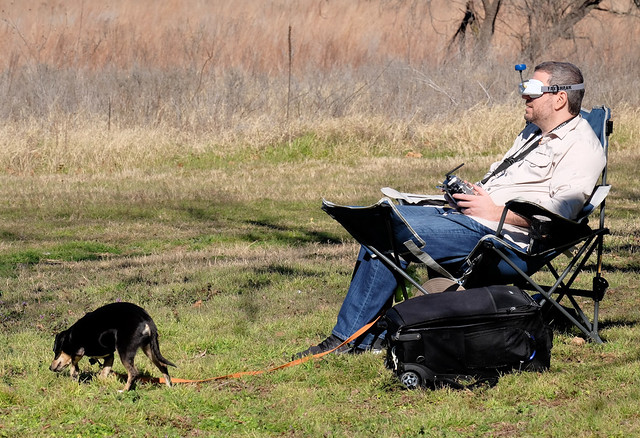 I briefly tried on someone’s VR goggles, and I completely understand why the above pilot has opted to sit down. The movement is super disorienting, and I was a bit wobbly standing up while watching a race on the goggles!

The race track consists of a netter area, with a line of cones setting out the route. Various banners act as obstacles which have to be navigated around. 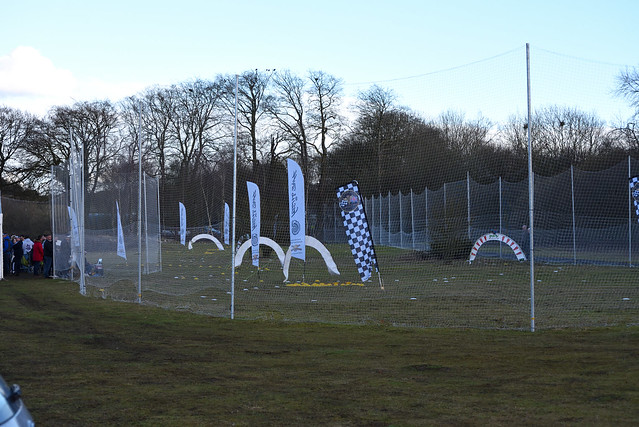 These get clipped quite often, as can be seen by the edging on this one: 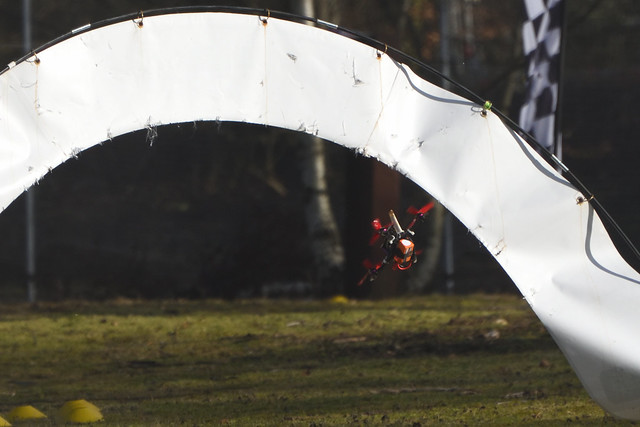 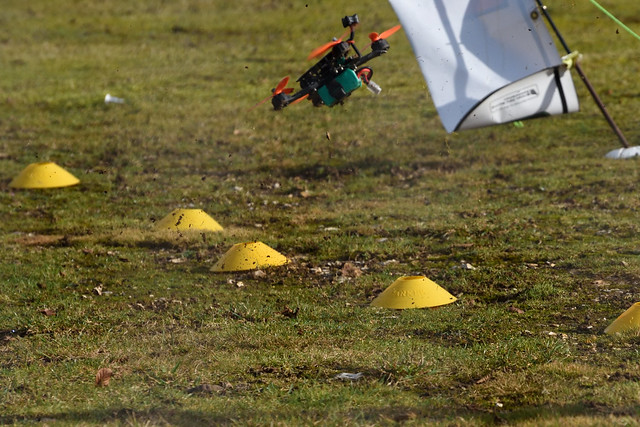 Occasionally, they would have to be retrieved from the netting. 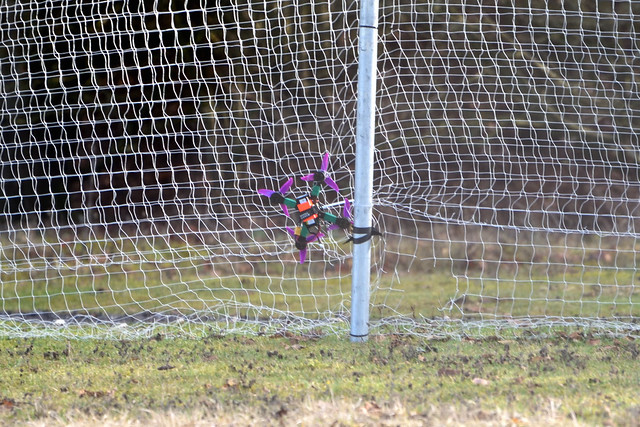 The drones were very zippy, making them quite hard to get photos of. I found that my best bet was to focus on a banner arch, and take a series of photos when a UAV went through and hope for the best! 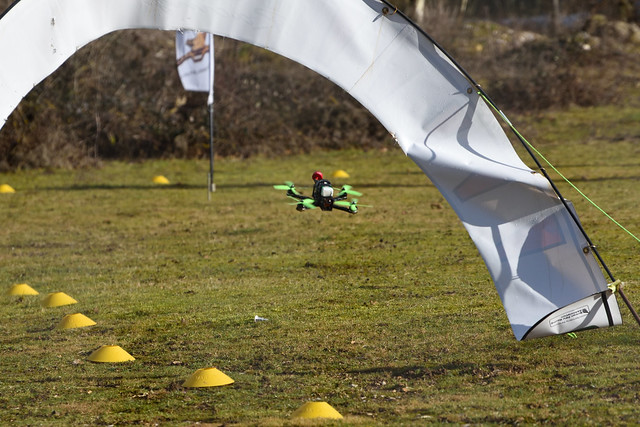 It was really interesting to see all of the different UAVs people had (some people had bought kits, others had built their own). In races, 4 UAVs would fly at the same time; I only saw a single in-air collision.

Some people had tried to personalise their UAVs. There were various ones with LEDs on them, but my favorite was this one: 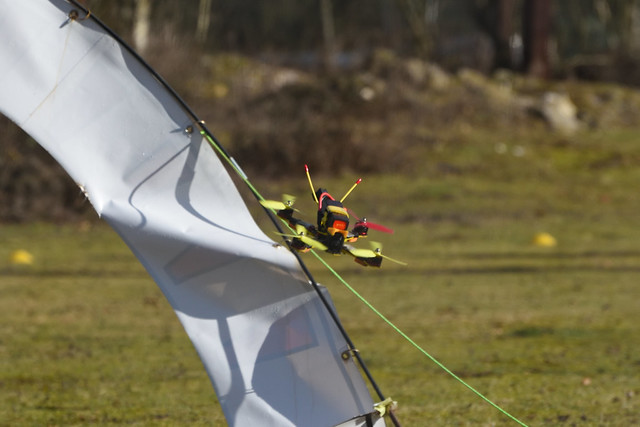 There was also a micro drone, which was designed for indoor use. It had to be launched off of a box, as it’s propellers made contact with the grass otherwise. It wasn’t as fast as the other UAVs, but it was still very interesting to see, especially since it still had a camera! 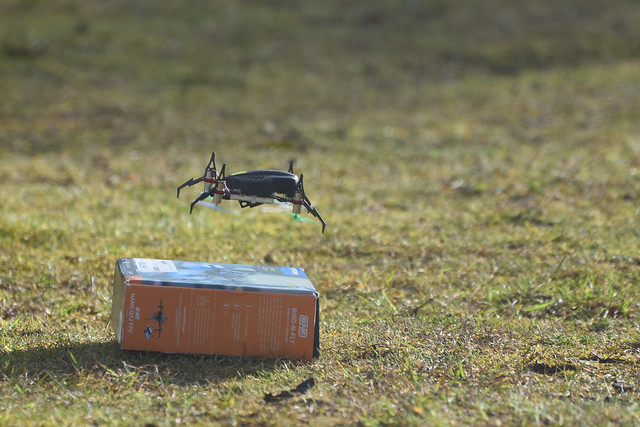 The cameras on the UAVs seemed to be quite durable, as they survived the frequent crashes. That said, one UAV demonstrated that direct hits to the camera can still be problematic: 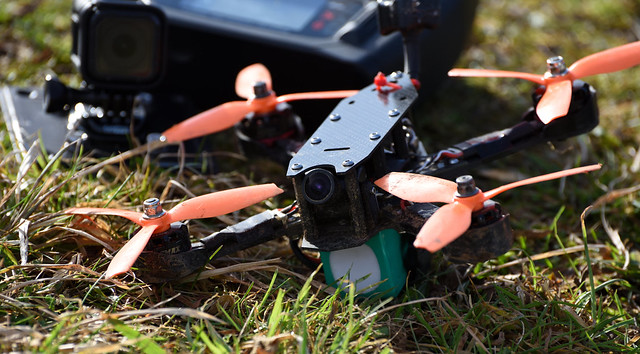 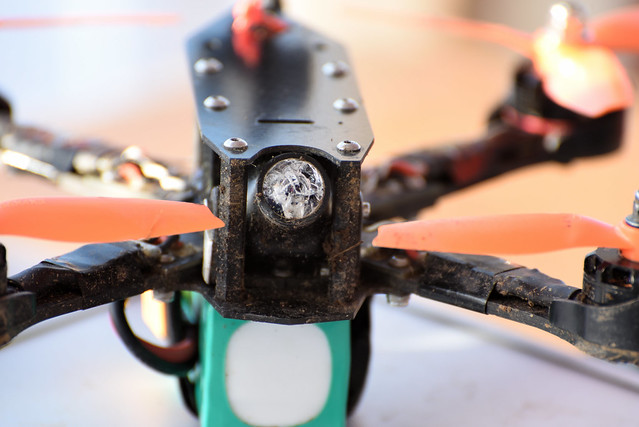 There were a few other aircraft flying around, including a hexacopter and fixed wing remote control planes. 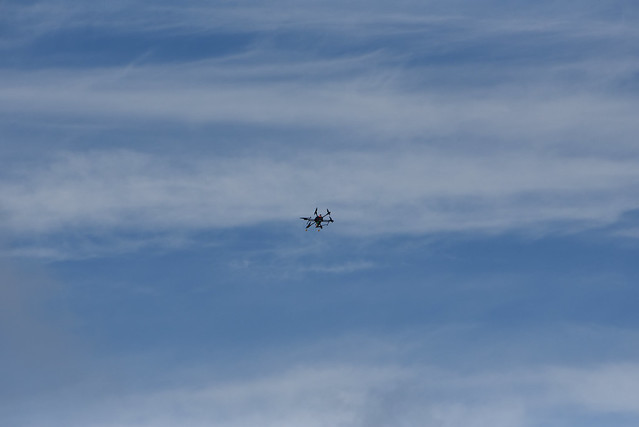 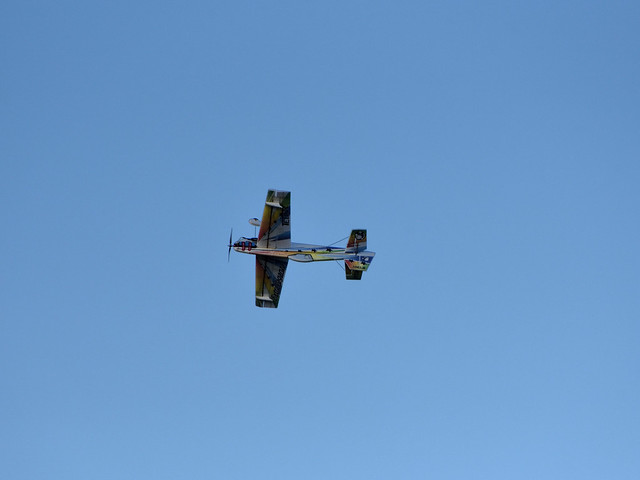 All in all it was a great day out, and if I had the spare money I’d love to get my own kit!