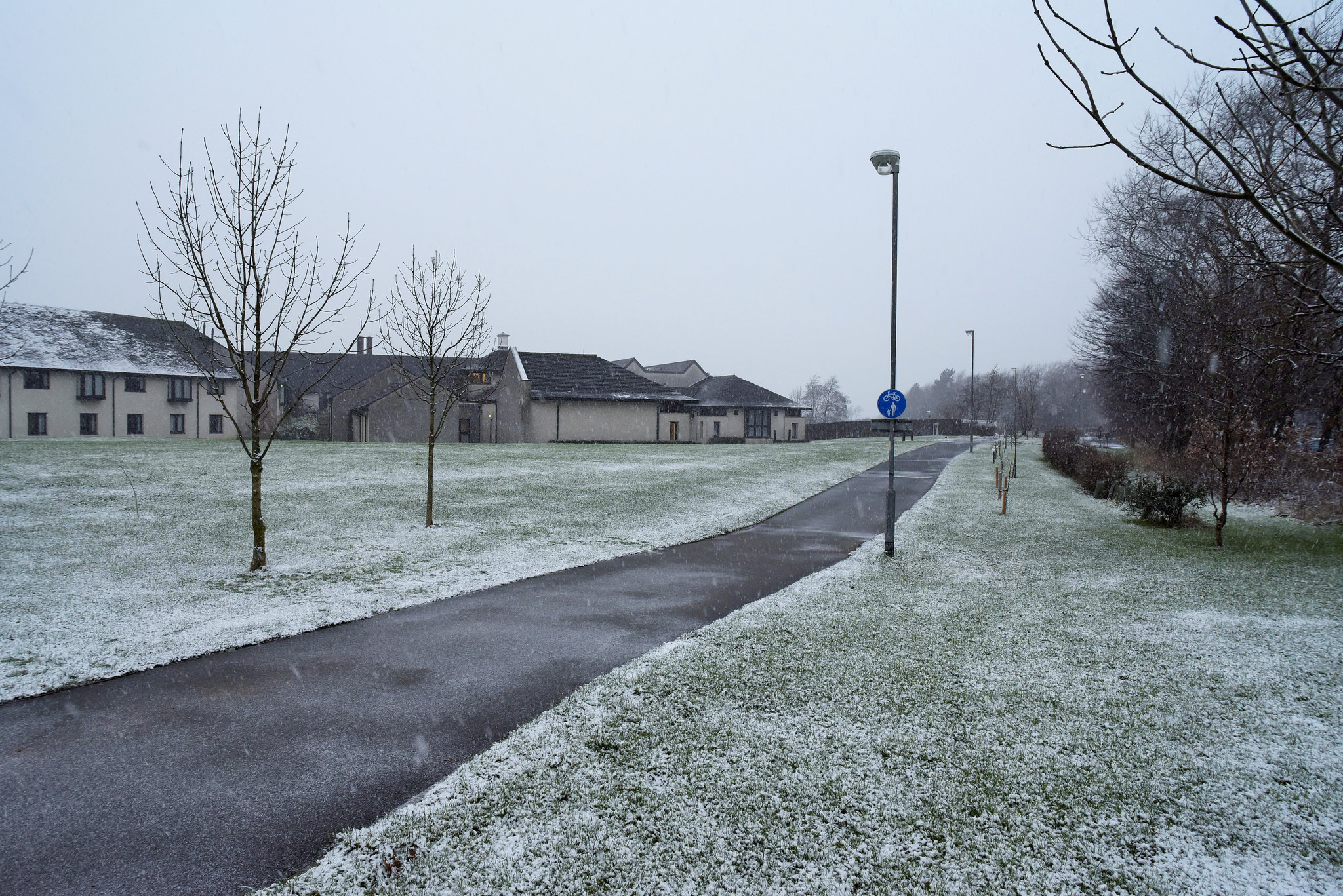 It’s snowing today! I had to walk across campus for a meeting anyway, so I took my camera with me. It wasn’t too bad on crutches so long as I was careful; my boots were more slippy than the crutches were, anyway. When I first headed out it was quite a flurry! 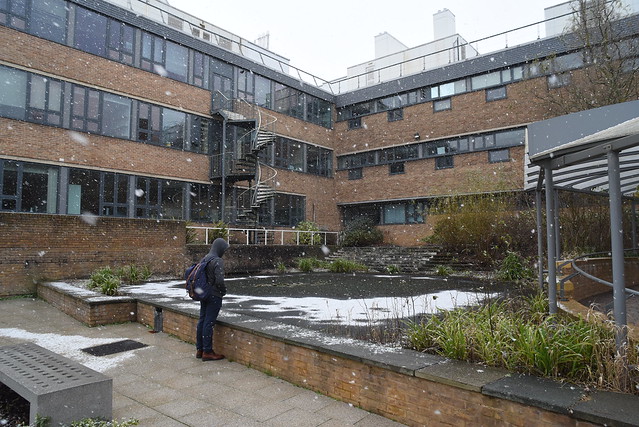 It seems to be cold enough for water to freeze. I’m told that the river/lake on the other side of campus is frozen, much to the displeasure of the ducks living there. Unfortunately, this was further away than I was walking.

My meeting was only about 20 minutes long, but that seemed to be enough for the snow to slow down. Still, Alexandra Square had a fair dusting. 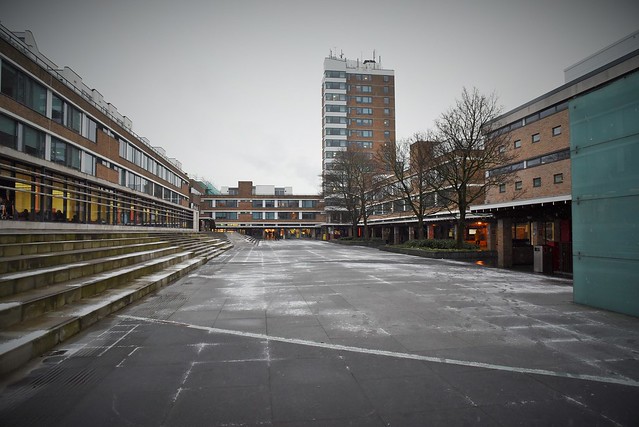 On my way out I spotted a couple of students “skating” on the ice-y slush, as well as others making snowballs from the snow settled on the steps. The snow seemed to be settling a bit better on the Southern end of campus, and graduate college was looking quite snow-y! 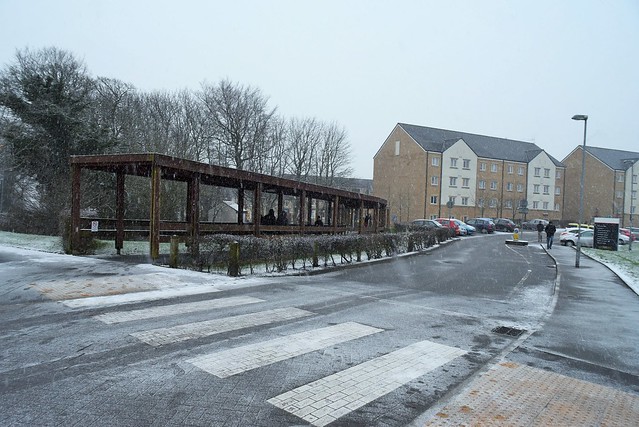 Lots of plants around my building have been flowering due to the recent mild weather, which are now having a bad time. 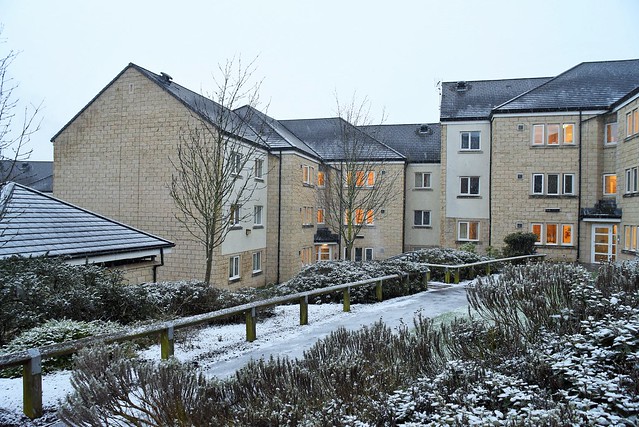 I’ll be sure to update on if it snows more!