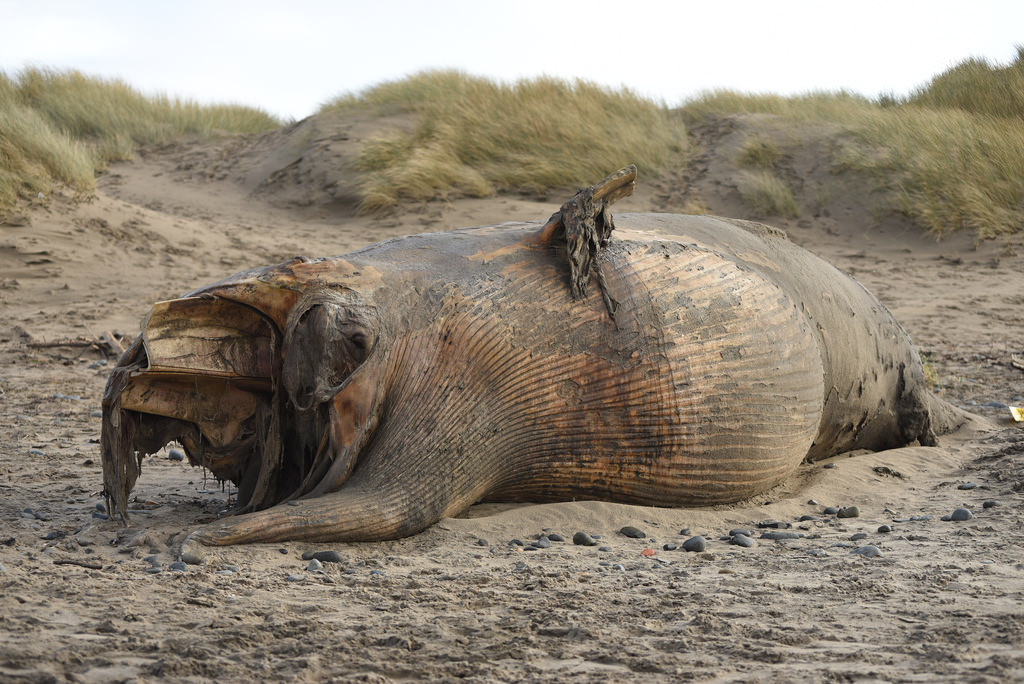 A dead whale in Wales

Published by Vic Harkness on January 3, 2016

I’d recently heard about a dead Minke whale that had washed up on the Ynyslas coast near Aberystwyth, on Christmas morning. Due to poor weather/the time of year, it hasn’t been possible to remove it yet (although it’s been moved up the coast a bit by the sea). I had a few days spare before needing to be back in Lancaster, so Sam and I decided to drop by Aberystwyth and go see the whale. Through the magic of Facebook I learned that the whale was still present today (3th January), and was on the northern end of the beautiful Ynyslas beach. 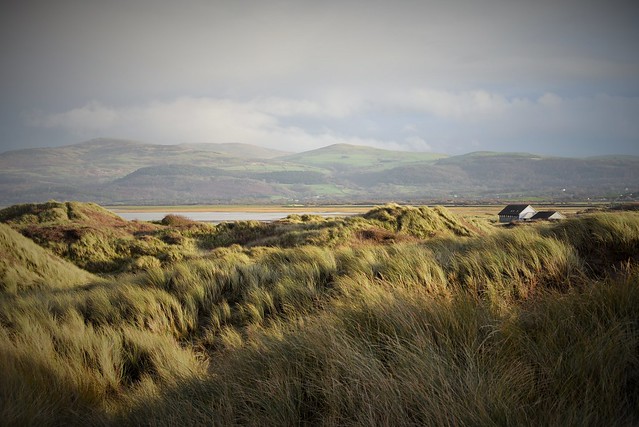 Towards the end of the beach, we found the whale. 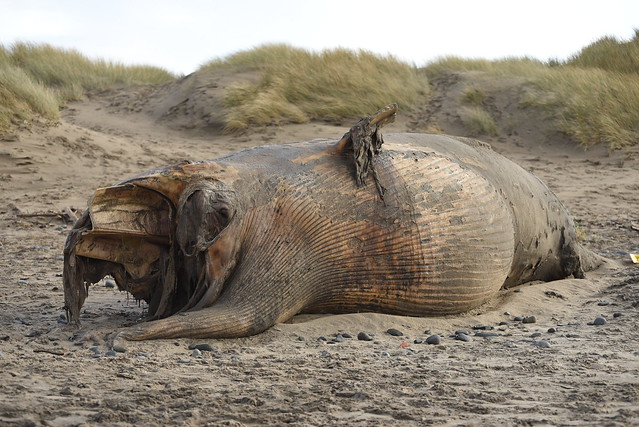 It’s been surrounded by signs warning that it is a biohazard, and advising to keep at least 4 meters away from the whale. This of course doesn’t stop people from walking right up to it, and people walking their dogs nearby. 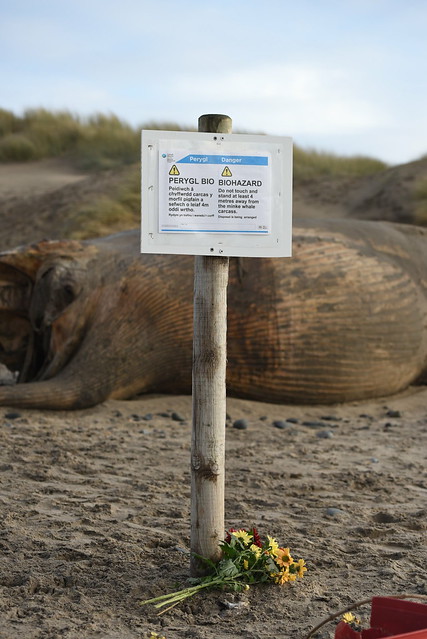 Keeping up-wind of the whale was OK, but down-wind smelt quite strongly. Unfortunately, I had to hold my breath to take pictures of the “inside” of the whale. 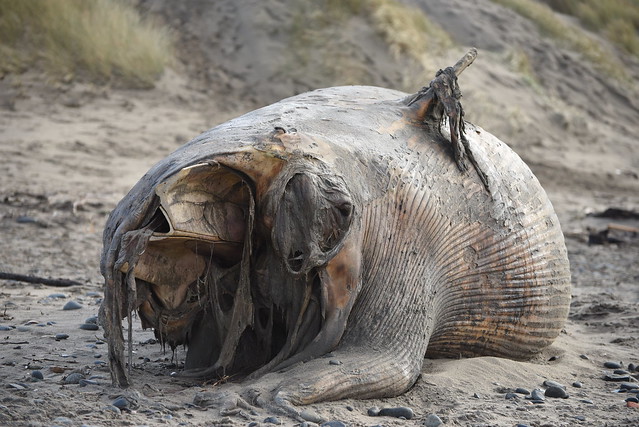 To try and work out what exactly we’re looking at, I had to look up some pictures of Minke whales (and their skeletons).

Based on this, I think that the whale is on it’s side, with the distended, striped, area being the belly of the whale. The missing area would be the head of the whale, with what appears to be an eye being visible. What was once part of the lower jaw potentially makes up the pile of flesh at the bottom of where the head once was. Interestingly, the jaw bones appear to be gone. In previous pictures of the beached whale, they were present. 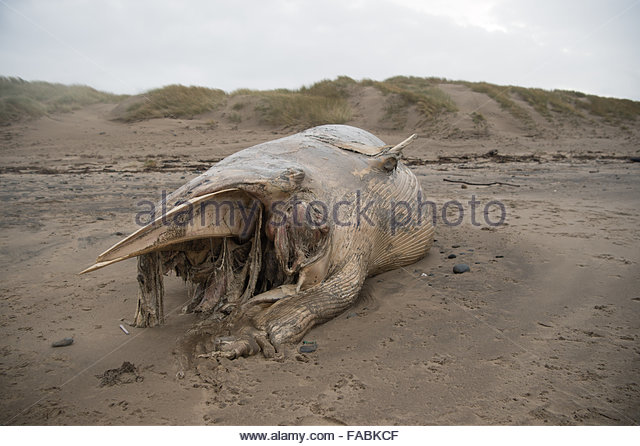 An article on Wales Online mentions that scientists were due to visit the whale to collect samples, and will quite often take the lower jaw bones to perform an autopsy. It seems safe to assume that this is what had happened here. We did notice that someone had placed a tag on it’s tail. 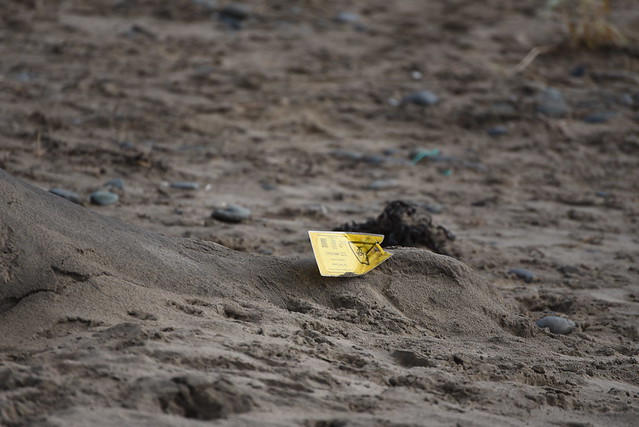 We imagined that it was a brave person to attach the tag, as the whale looks ready to burst. I’m unsure how they intend on moving it without it rupturing! As always, more pictures can be seen on my Flickr account here: https://www.flickr.com/photos/vicharkness/