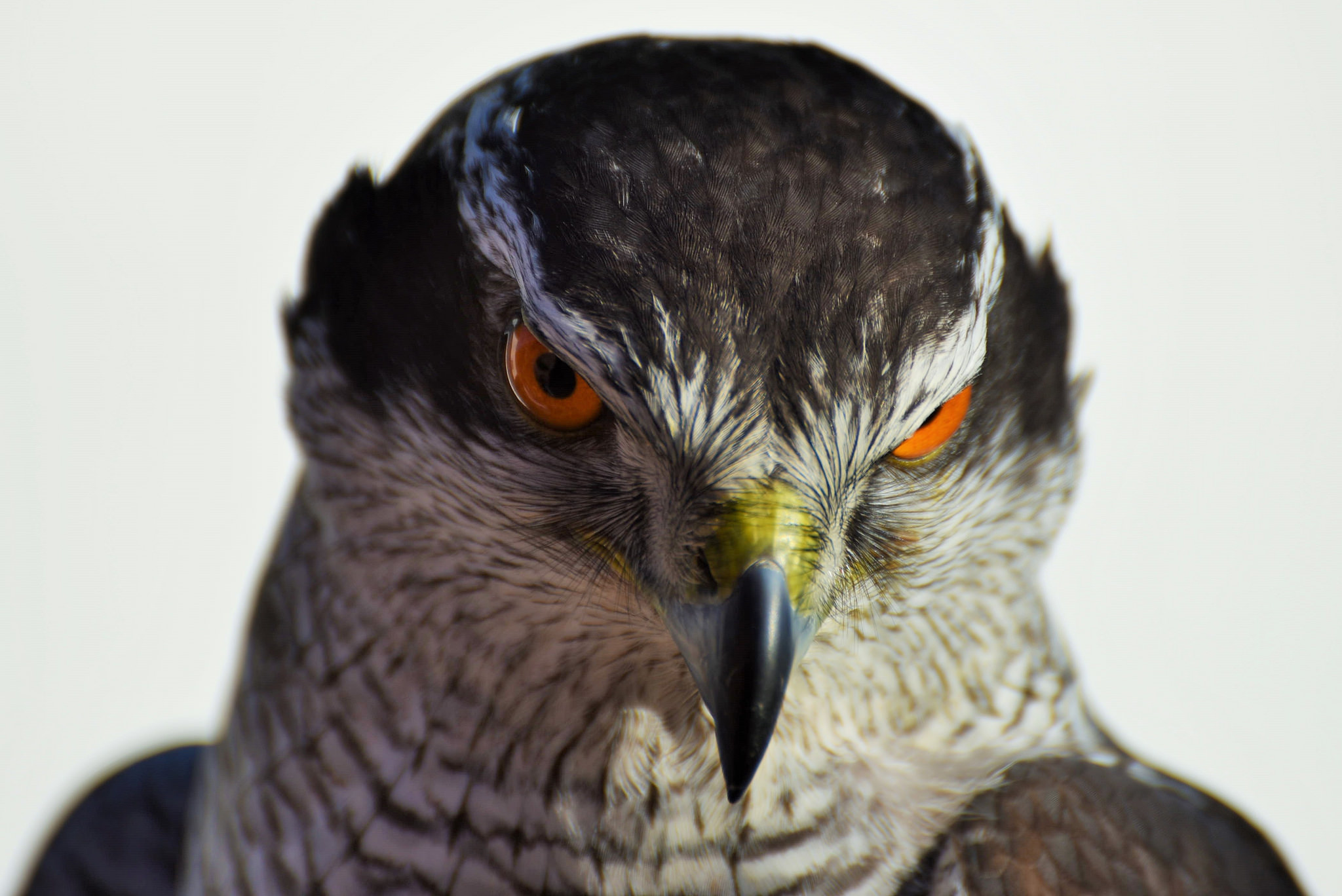 As a Christmas present to myself, I decided to finally get myself a new camera. Sam had previously bought a new camera, and so I’d been taking a little look at cameras. As numerous friends use Nikon cameras, I decided that in future I’d move to Nikon so that we could share equipment. I’d decided a bit back that I would like a Nikon D750, but didn’t think that I would be able to afford it until after I had graduated. However, I received a discount on the fees for my MSc, and so I decided to go nuts and use the money to get the new camera. If nothing else, I hoped that it would motivate me to do my knee exercises so that I can walk normally again!

Previously, I had a Canon 350D and an Olympus E-5 (a second hand camera from my dad). These both have cropped sensors, and so I decided to see what all of the fuss is about full-frame sensors as is seen in the D750. I tend to use the Canon with an 18-55mm lens for scenery, and the Olympus with a 70-300mm lens for anything that’s far away. I decided that I would like lenses to be able to cover these sort of ranges for the Nikon. So, I learned a bit about full-frame sensors. If you had two otherwise identical cameras/lenses bar one having a cropped sensor and one full-frame, there will be a noticeable difference in how wide the view is in their images. With the full-frame sensor, the view is a lot wider (the image isn’t “cropped” by the sensor). However, if you were to take zoomed in pictures, the image would look zoomed more on the cropped sensor camera than it would on the full-frame, due to the nature of the sensor. However, in theory you could just crop down the image from the full-frame camera to match the view from the cropped sensor camera. This factored in to my decision on which lenses slightly, along with price. I decided to go with a 24-70mm lens, and this gives me a noticeably wider view on the new camera than the 18mm of the old camera. I still went with 70-300mm for the other lens, as I figured that I could just crop images to get the same level of zoom as I’m used to.

Shopping for lenses for the camera was quite a pain due to the full-frame/cropped frame difference. As it turns out, different lenses are designed for each of these sensors. As a full-frame camera gets a much wider view than a cropped one, using a lens designed for cropped sensor cameras causes a vignetting effect. This effect isn’t seen in the cropped sensor camera, as the view is cropped, which cuts out this effect. I decided that as I quite like nice wide views in scenery, I would buy full-frame lenses. And so, I learned why people tend not to go for full-frame cameras: full-frame lenses are very expensive. Purchasing a lens that covered 18mm would have cost almost as much as the camera itself, hence going for the 24-70mm lens instead. In fact, finding such a lens for a reasonable price was quite difficult. I found myself looking at the Sigma 24-70mm f2.8 EX DG Macro Lens for Nikon, as it seemed to be very well reviewed. It was still quite expensive however. Thankfully, I was able to find a second hand one on eBay for about 1/2 the price it would be new. There is a very slight mark on the front of the lens, but this doesn’t show up in pictures due to it being so close to the sensor. It does catch the light ever so slightly creating some light “orbs” worse than shooting in the sun normally causes, but I intend on getting a lens hood to help prevent this! I also sort of like the effect, which can be seen in the image below: 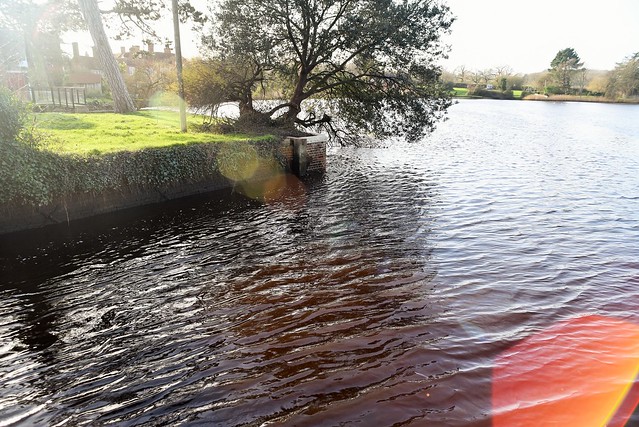 To cover the other end of the spectrum, I went with a Nikkor AF-S 70-300mm f/4.5-5.6G IF-ED VR. Again, this seemed to be a well reviewed lens, and the price for it new wasn’t unreasonable for a full-frame camera lens.

As Sam and I both had new cameras (and I’d never used a Nikon camera before), we decided to do a 1-to-2 photo experience day with Mike Palmer to get some pointers. We headed off to Beaulieu again (which I still cannot spell) to take some pictures. Unfortunately, there were no donkeys/horses around this time 🙁 Still, I got some useful instruction on how to use the new camera, as well as some general tips. I ended up not taking as many pictures as I’d hoped due to my knee deciding that it disagreed with me moving, but I still got a few pictures. My favorite of the day was Mike’s lunch! Click his lunch to view my Flickr album of the day. 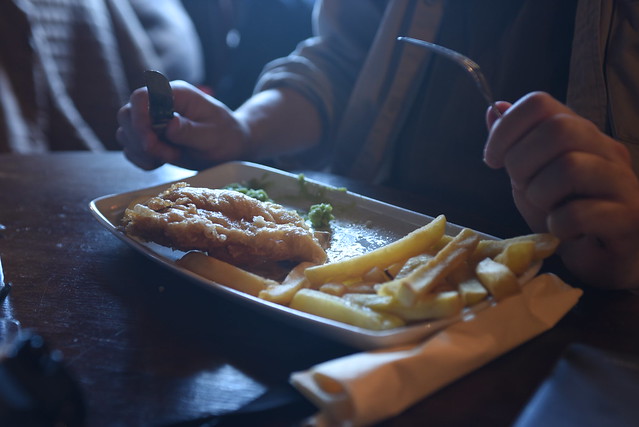 Today however, I headed to the falconry center. I went along to drop off a copy of my dissertation project/discuss my magazine article, and took the new camera to try and get some nice pictures too. Today’s favorite was a Goshawk (as this was the only bird to be flown), and so I ended up with lots of pictures of him! 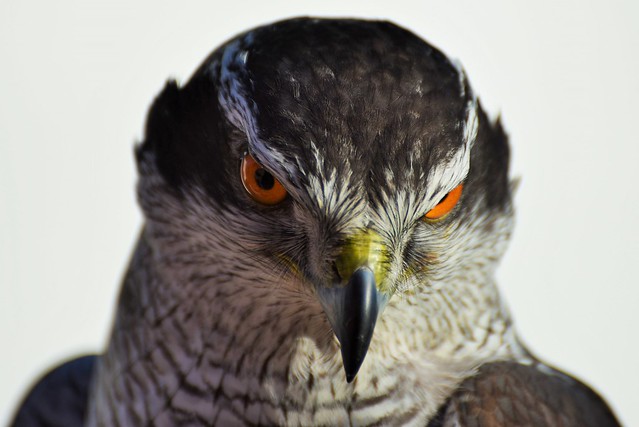 I’m not entirely sure what it is, but pictures with the new camera seem to have a different “feel” to them. I do like what ever it is though! When scrolling through my Flickr album of Falconry photos, I would say that the difference is evident.

One of my favorite things about the new camera is how high the ISO speed can be set, with how little effect it has on the image. In my previous cameras, 1600 ISO would make the image noticeably quite grainy. With this one, I can go much higher than that without the quality of the images being particularly affected. This is excellent for taking pictures of birds in flight, something that I’ve generally struggled with! 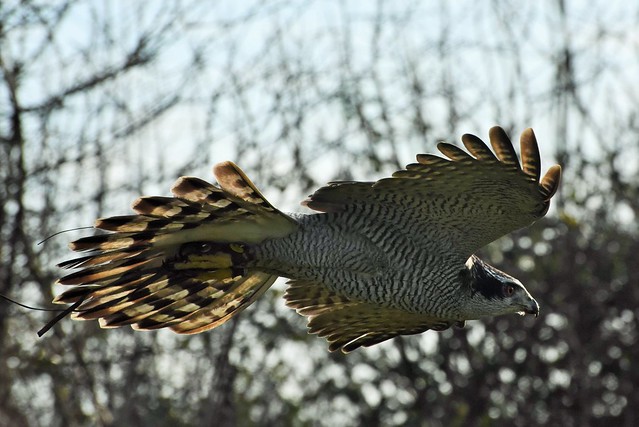 I’m told that the resistance to high ISO speeds is a feature of full-frame sensor cameras, although I’m not entirely sure why.

A few other pictures from today: 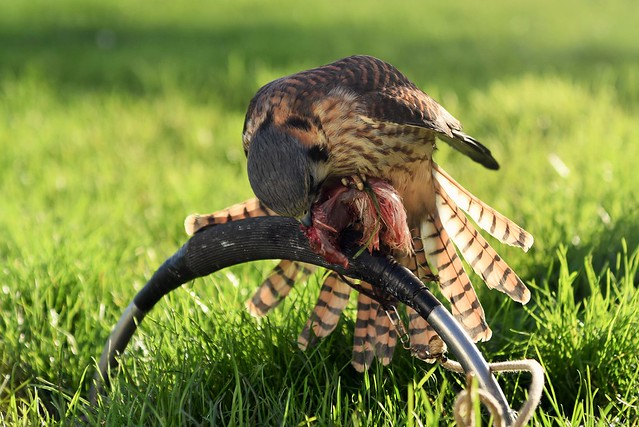 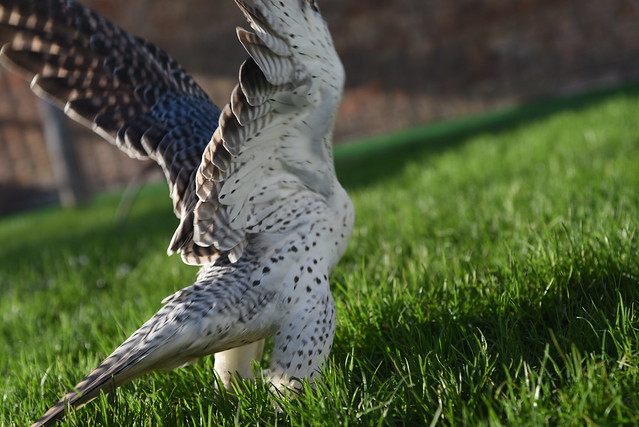 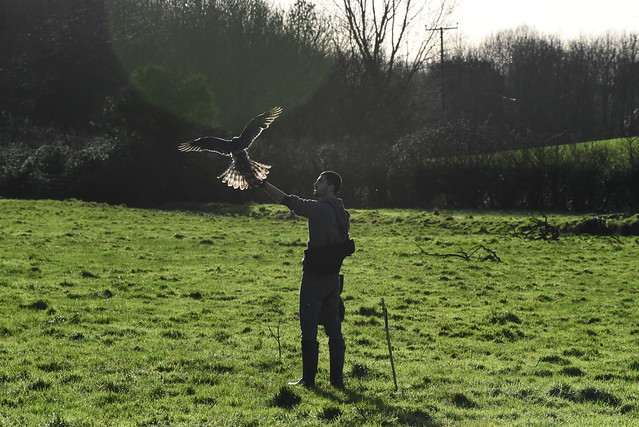 In summary, I’m very happy with my new purchases! Next up, I just need to buy a stand that’s suitable for holding it! In future, I might post some side-by-side comparisons of the new camera vs. old, but I appreciate that these would be of limited usefulness, due to them all being from different brands, and of different ages.