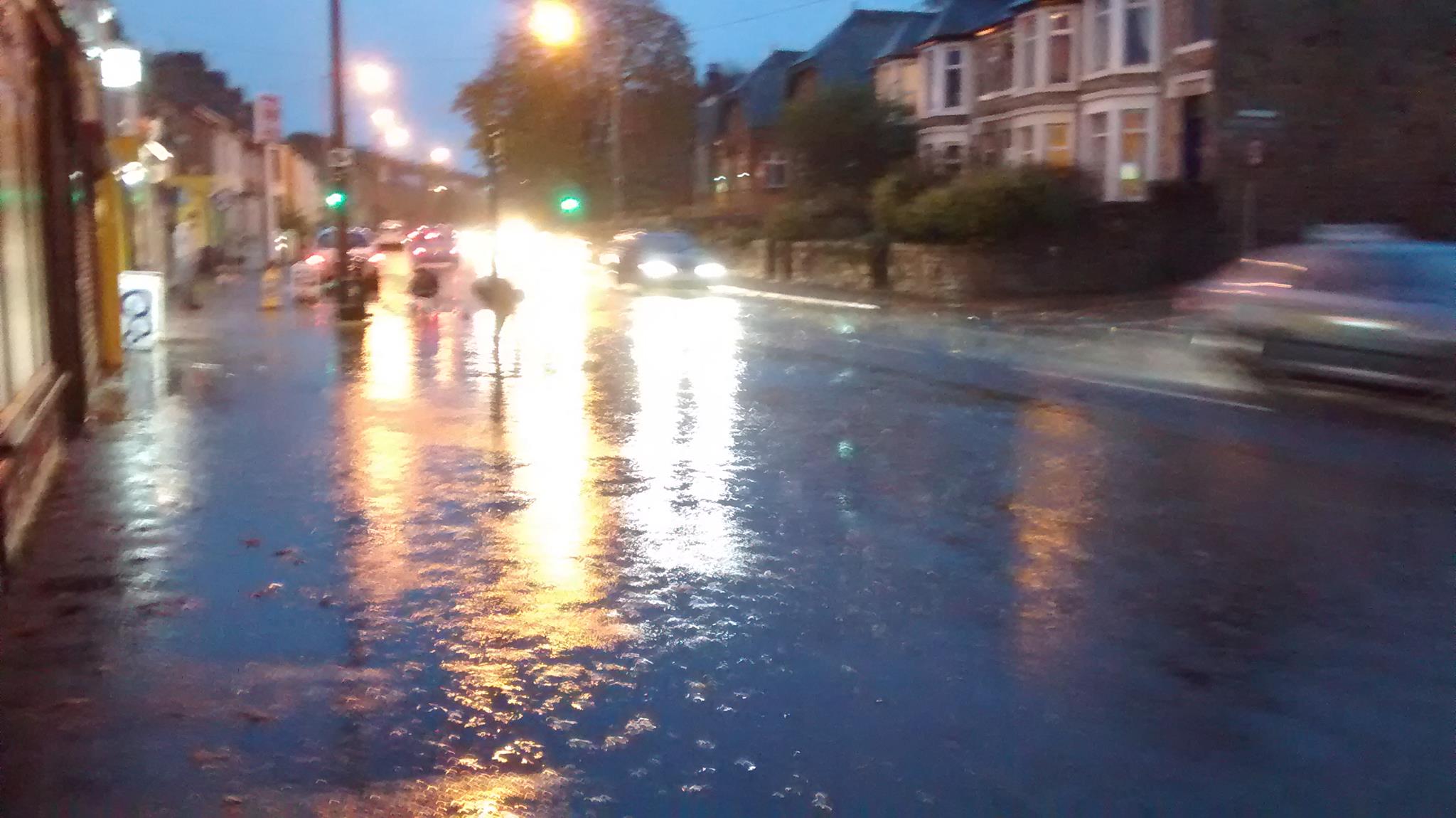 Published by Vic Harkness on November 8, 2015

Here in Lancaster, it’s been raining quite a bit the past few days. Today I decided to check the weather to see how long it will be raining for. 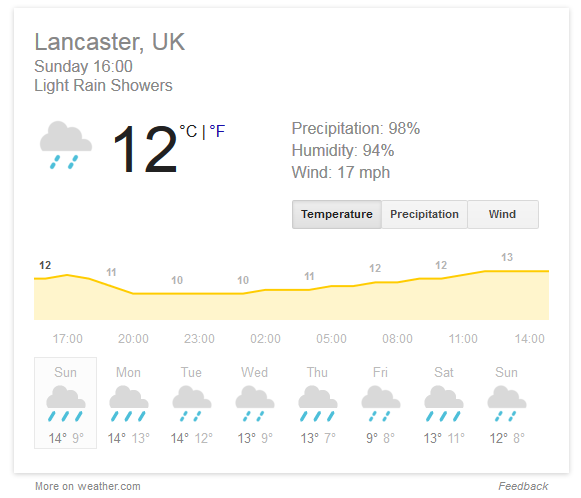 Apparently, for the foreseeable future. Unfortunately, I had to brave the weather today to deposit Sam at the train station. This was how we discovered that Lancaster seems to be flooding. We got to the front door of my block, and looked out (apologies for the poor image quality, my phone does not have the best camera and I’d rather not get anything expensive wet!) 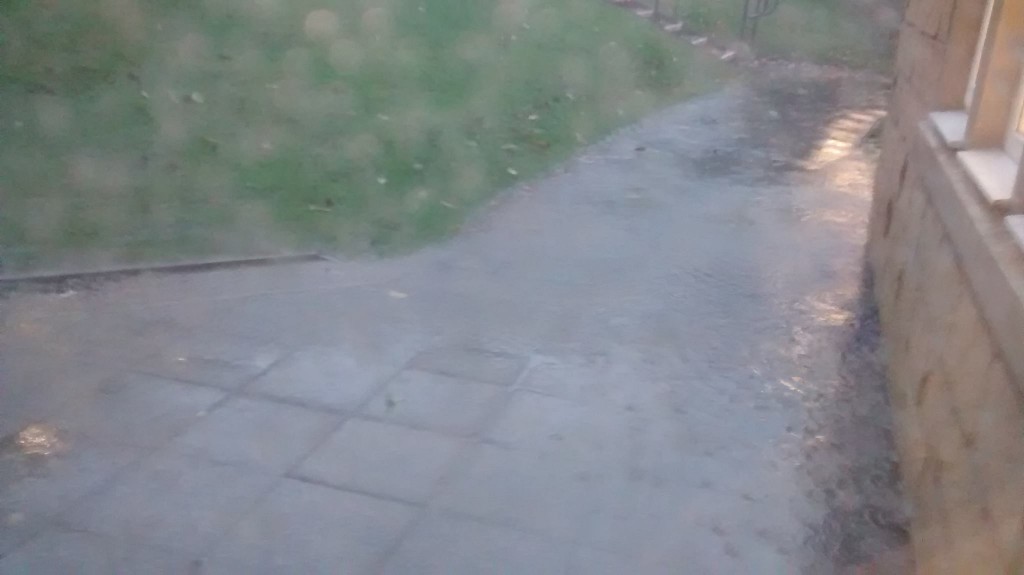 Not good. It seemed to be a couple of inches deep in the middle, and water was flowing down the nearby steps. We made it to the car, and on the drive in we saw ~5 emergency service vehicles (with yet more on my return in addition to an RAC van). We also had to pretty much ford a river at one point, due to how deep the water was. The dip causing this build up unfortunately has several shops in it, which looked quite wet. As Sam had a train to catch we weren’t able to stop on the way, but I stopped off on my drive back. Again, apologies for poor image quality! 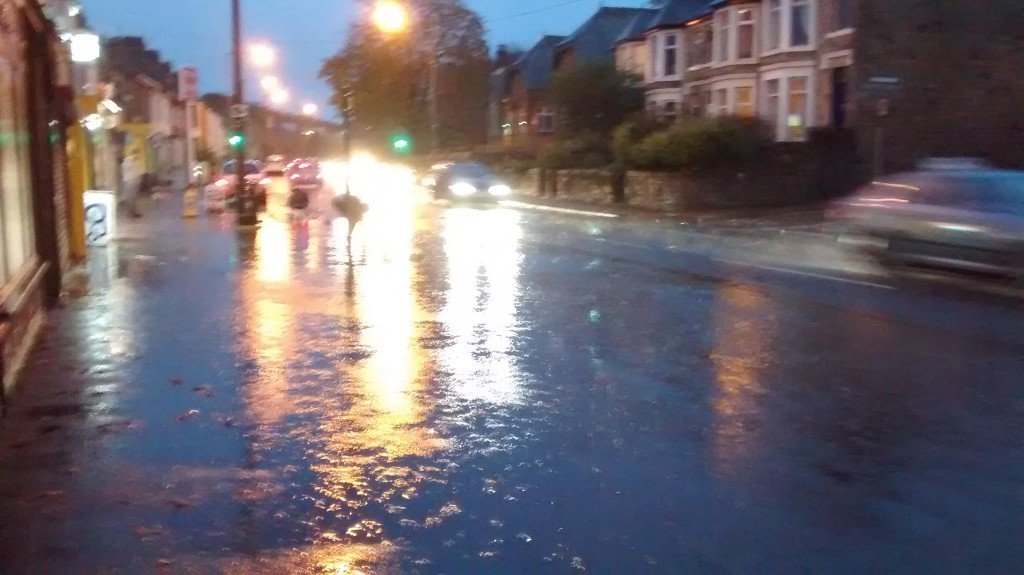 It was raining less heavily for my return, and the water levels had dropped a bit (on our initial drive through, both sides of the road were covered in deep water). There were still people standing just outside their shops with brooms trying to sweep the water away however.

This all seems a bit reminiscent of the flooding in Aberystwyth in 2013. With the weather being predicted to continue as it has done, it’ll be interesting to see how water logged Lancaster can get!