Published by Vic Harkness on September 28, 2015

Like half of my Facebook feed, I attempted to get a picture of the supermoon eclipse. As it was due to happen at around 3:30am UK time, I’d planned to stay up late and wait for it. However, at around 10pm I realised how very tired I was and so napped while setting my alarm for 2:30am. I’ve recently (Saturday) moved to my new halls at Lancaster University, and this week is fresher’s week. Because of this I may as well have just stayed up due to the amount of noise. The windows in my room have large vents built in to them. I appreciate that double-glazing causes issues with airflow in a room, but these vents are unnecessarily huge. It’s pretty much like having the window open all of the time, temperature and noise levels-wise.

As I don’t know the area at all, I didn’t really know where to head. I took a little look at a map and found a street a bit out of Lancaster that seemed to be vaguely uphill, and decided to drive here. Before reaching my intended destination I ended up pulling over in to a lay-by, as there were no streetlights in the area and I was able to see the stars/moon quite well. In retrospect I should have tried to get a quick snap while en-route, as when I first left my flat the moon was about 2/3 covered and looked quite cool.

I was attempting to shoot the picture using my Olympus-E5, with a 70-300mm lens. This is quite a heavy combination, and my stand is quite low quality. Because of this I had some issues with focusing the camera. It seems that just setting focus to infinity doesn’t work for taking pictures of the moon as I’d expected. When manually focusing the lens, there was a large amount of shake (and so blur in the viewfinder) due to the weakness of the stand. Because of this, I was unable to get a perfectly focused shot. 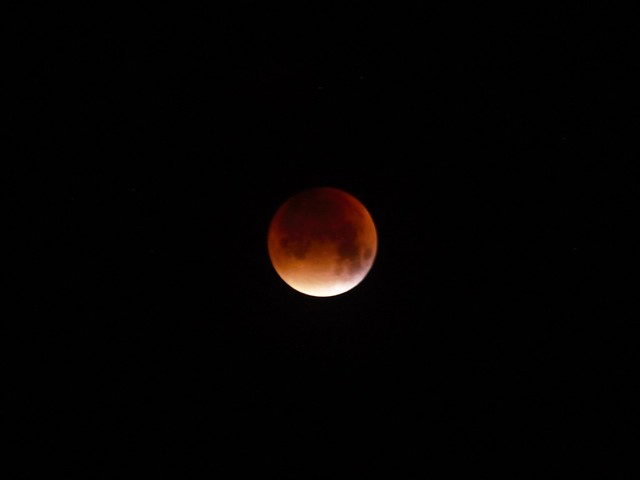 In the future (when/if I have spare money) I’ll definitely be shopping for a better stand! I think in part the low light conditions made it harder to focus, as well as the slight breeze. In the past I’ve been able to take pictures of the moon with much better focus:

I had similar problems however when I tried to photograph the solar eclipse a few months back: 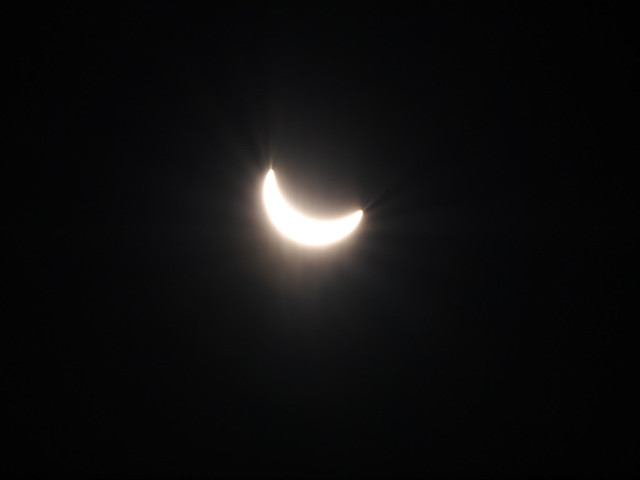 Once I graduate (again!) and have a full-time job, I intend to replace most of my current photography equipment. My current dream camera is a Nikon D750, but perhaps I’ll have changed my mind in a year!