Published by Vic Harkness on September 17, 2015

I was at the falconry center last weekend, hoping to do a UAV flight with a bird. Unfortunately the wind was a bit rough to be able to do the flight, but I still had an interesting day out! I was lucky enough to meet an albino crow, named Poe. 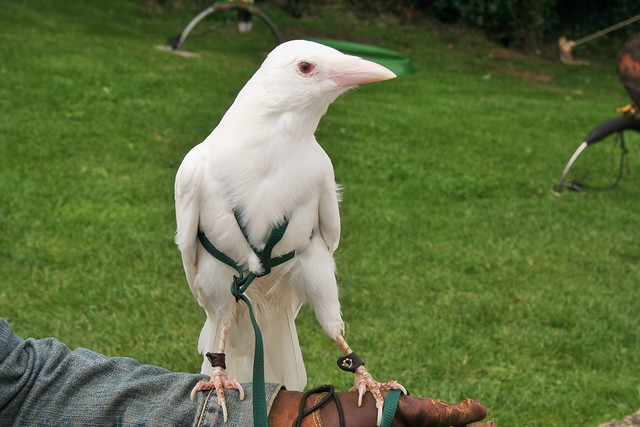 He’s an imprint, that’s quite fussy about who he will let handle him. Apparently he will also speak to his “mummy” when they’re alone, but didn’t make any vocalizations during the time I saw him.

He was brought dog biscuits and scrambled egg to eat during the day, but also had a small piece of burger. 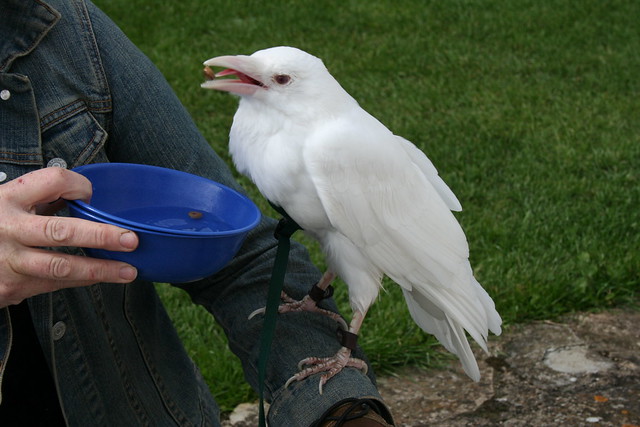 He did fly a small distance (on a creance, with his harness), but I’m told that he has an enlarged heart among other issues and so is unable to fly long distances.

It was interesting to see such a bird, he had amazing feathers! 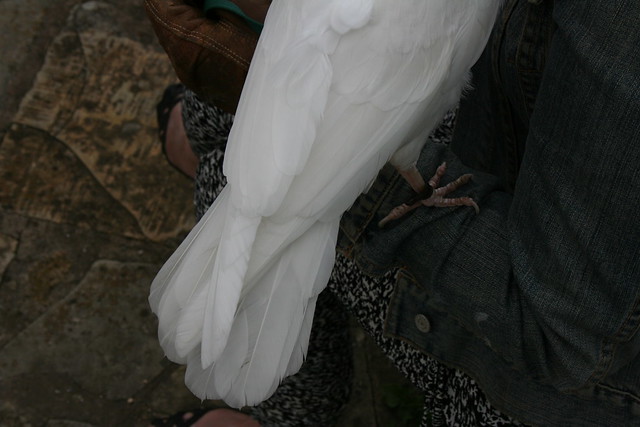