Playing with birds with the GoPro

I found an interesting use for the GoPro: taking pictures of baby pigeons.

Although adorable, they seem to like trying to peck anything that comes near them (including cameras).  The hard case of the GoPro made the perfect anti-pecking shield, and allowed for me to get some close up pictures of the little babies.

The pigeons tended to come a bit close to the GoPro for it to be able to focus well on them.  They also moved quite fast, which again caused more blur.  It would be nice if I could have a range of miniature, hard-cased cameras.  I’d like one for close-ups, and another that takes “normal” pictures (i.e. no fish-eye).  Still, the GoPro is better for these applications than nothing!  I was also surprised by how well the baby pigeon “chirping” could be heard through the case.

I was also able to use the GoPro to get a video of David the European Kestrel hovering.  He’s been trained to hover above your finger when you point in the air, and is pretty great at it:

However, I think that my DSLR is a better tool for taking pictures of him in flight 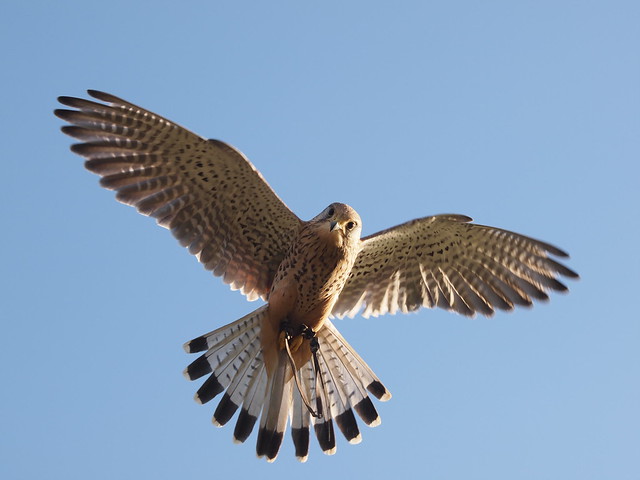