After seeing the red kite feedings at Nant Y Arian multiple times, I thought that it would be cool to put the GoPro down on the feeding area.  I spoke to the staff on a prior visit who informed me that I could go ahead so long as I arrive ~1 hour in advance of the feeding.  Apparently the red kites are super skittish and them seeing anyone unexpectedly in the feeding area can majorly disrupt them.  They start appearing 15-30 minutes before the feeding.  So, I arrived an hour before the feeding, and was given the OK to go and set up the GoPro.  I was advised to add some sticks/rocks to try and cover it a bit, with this result (as seen from the nearby bird hide): 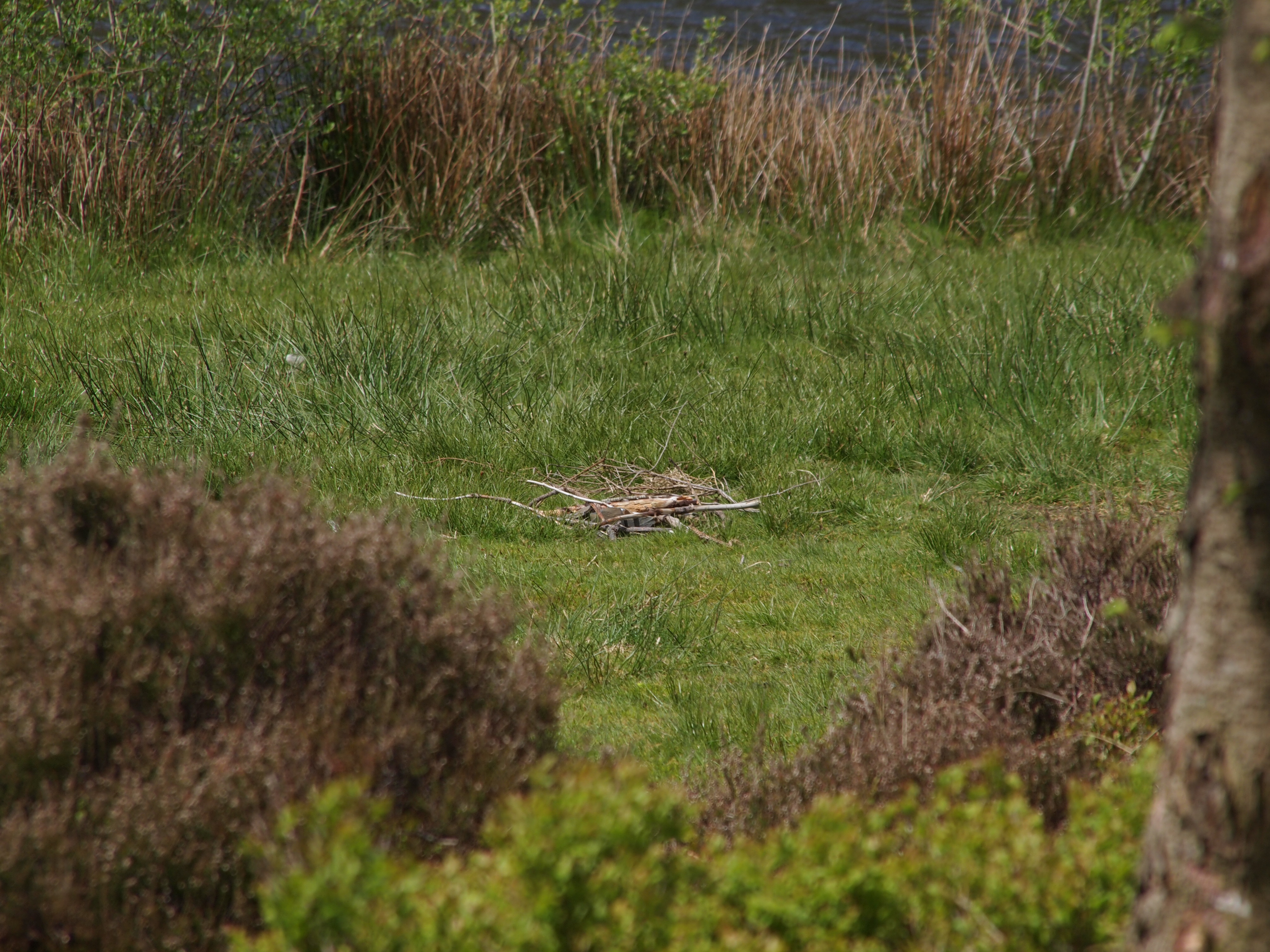 I made the mistake of forgetting to bring gloves (I find it’s a fair bit colder/breezier in Nant Y Arian than Aberystwyth, I guess because it’s up in the hills), and so had a cold wait for the red kites.  The kites eventually appeared and began their feeding as normal (the birds fly down in “waves to grab the food, which is then eaten on the wing), but seemed reluctant to grab more food after the first wave.

The member of staff that had put the food out commented that I’d managed to make the GoPro look quite like a nest, and that this may have been confusing the kites as they are not used to there being nests here.  To confirm this he retrieved my GoPro and broke up the “nest”, and the kites began to feed as usual.  Due to the birds unwillingness to go near the camera, I did not get the close-up shots of the birds as I had hoped, but I still got some interesting footage of the birds circling.

I was advised that next time I should try and use moss to disguise the camera, as it will be less obvious to the birds.  I think that with this and the above seen footage in mind I will attempt to hide the GoPro in one of the bushes edging the feeding area, pointing towards the food.  Hopefully this will not disturb the birds so much and will get some good footage!

As an aside, there were some tadpoles in the lake near the feeding site, which gave me an excuse to dunk the GoPro (I love trying to take underwater pictures)

I also managed to take an obligatory Welsh scenery photo: