Playing with a scanning electron microscope

Today I had the chance to learn to use a scanning electron microscope, courtesy of the Biology Department at Aberystwyth University. I was invited to bring along some materials for scanning (but was advised that biological matter would be a pain to prepare, so wouldn’t be ideal). So, I decided to bring along samples of different plastic filaments that I use for printing with my Lulzbot 3D printer.  I spent some time being taught to use the machine, before my colleague and I were left to take our images.

Laywoo-D3
First up, we decided to take a look at the Laywoo-D3 filament.  This filament is used to create a wood-effect in prints, and according to the Lulzbot website it is indeed “wood based”.  Here are some of the pictures: 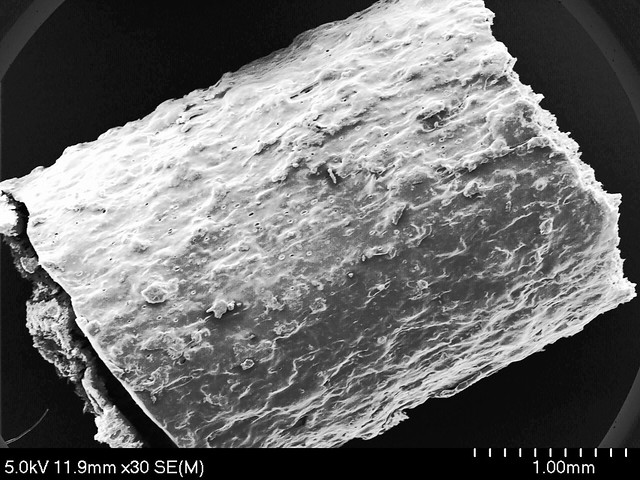 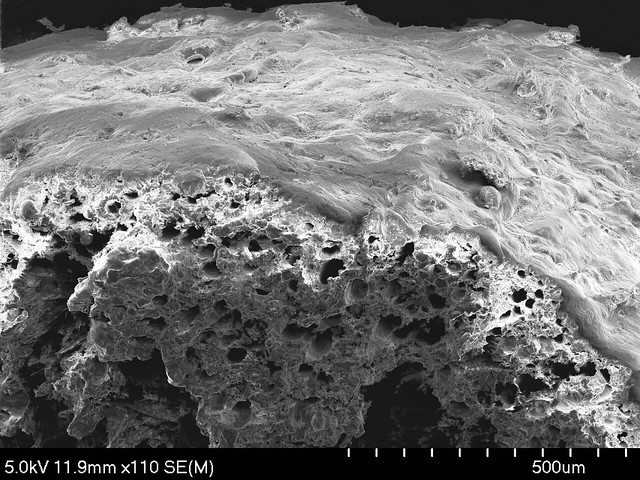 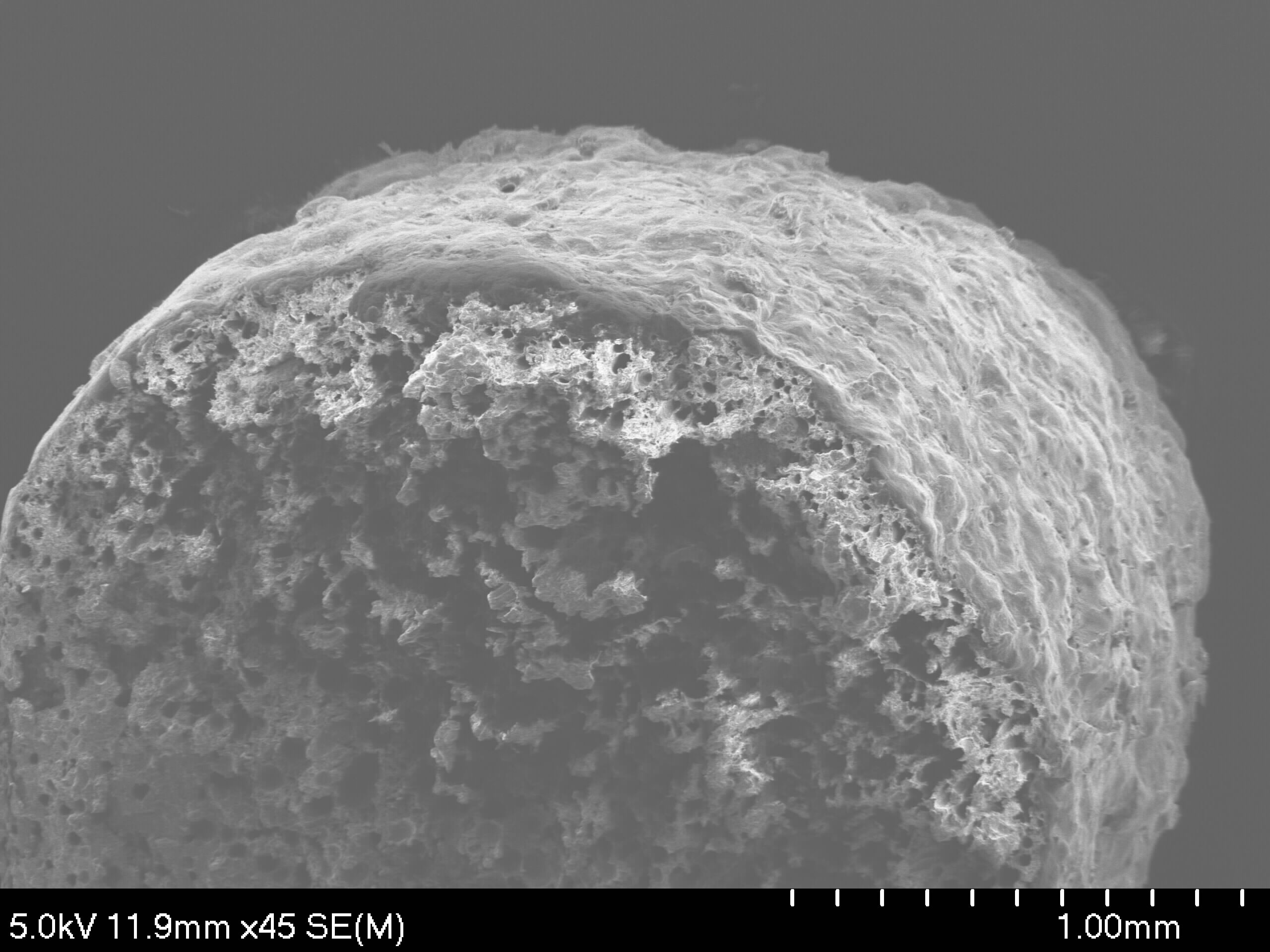 We did take more images than these, but it seems that we failed to save them correctly.  The material looks quite different to how I expected.  I envisioned small pieces of wood fiber embedded in a plastic, but I suppose that this could cause issues with blockages in an extruder.

Laybrick
Next, we moved on to Laybrick.  Laybrick is similar to Laywoo-D3, except that it contains mineral instead of wood fiber. 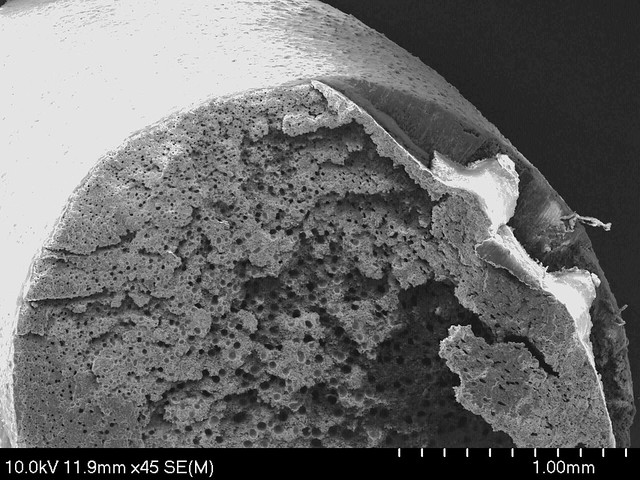 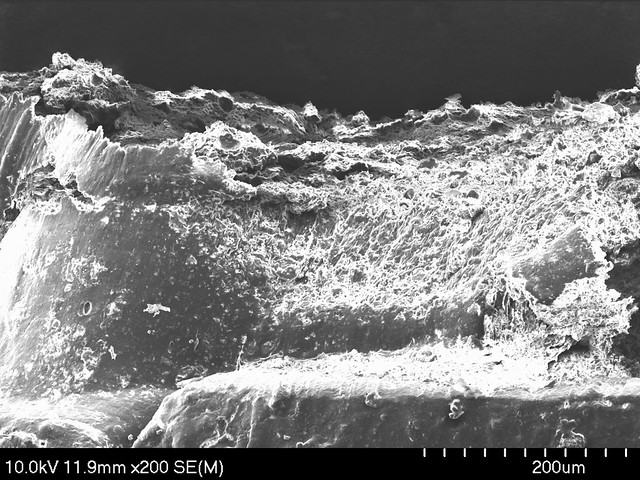 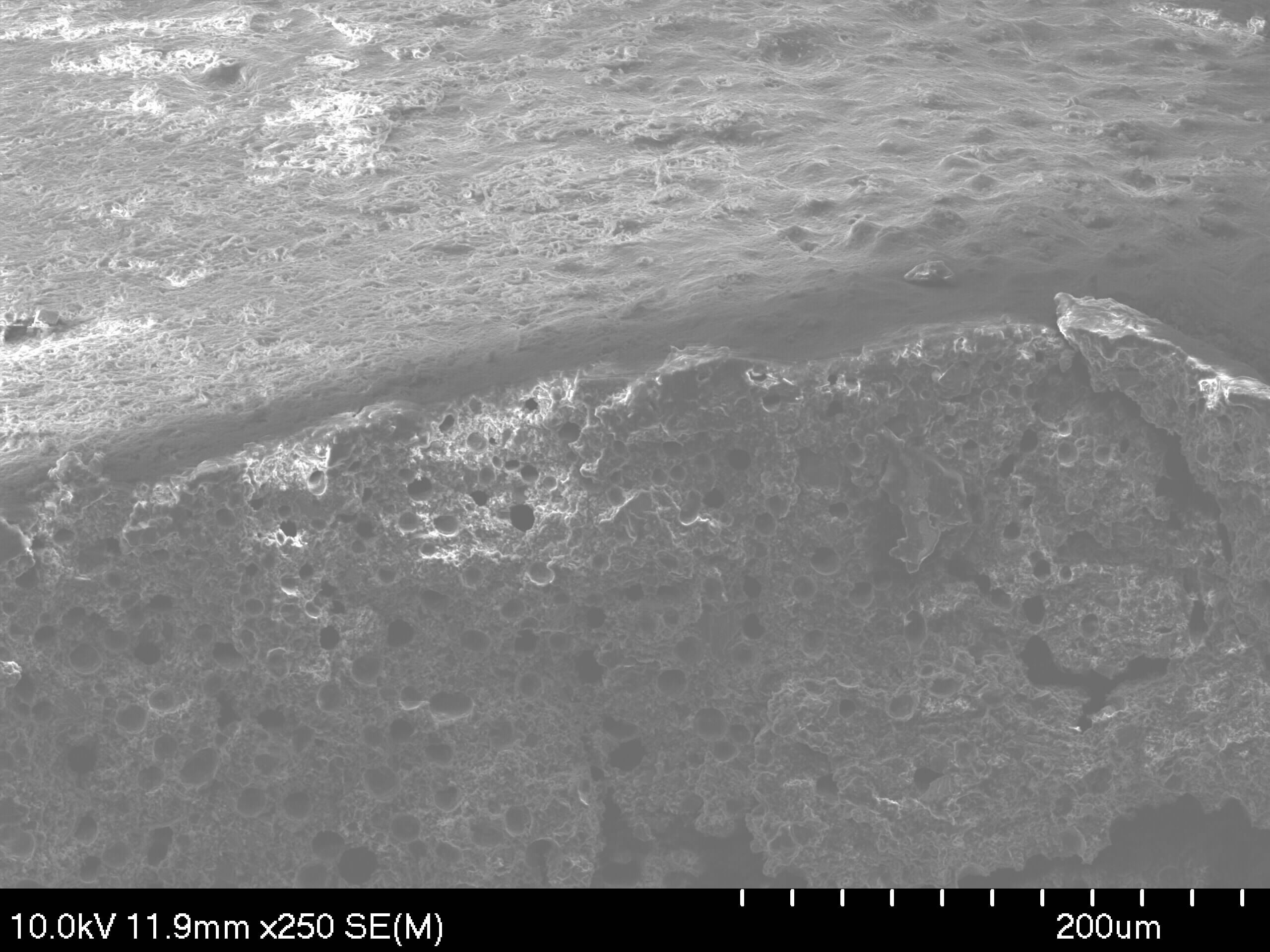 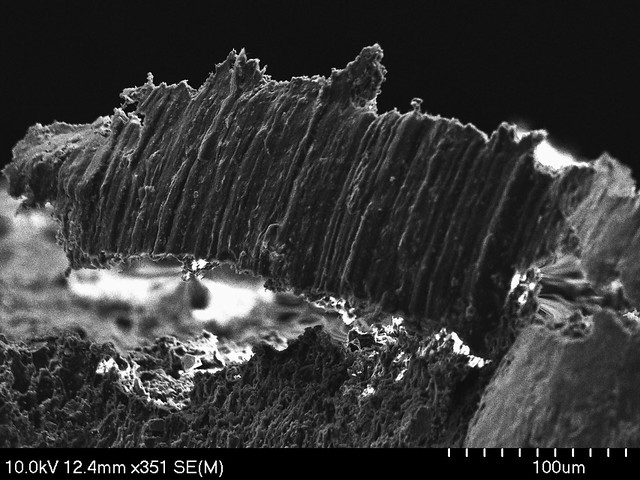 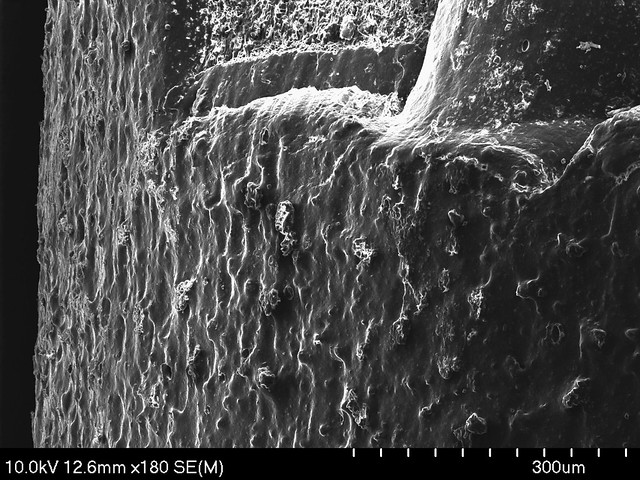 The Laybrick again looks different to how I had expected (I expected a more crystalline structure).  It is infact quite similar looking to the Laywoo-D3 really.  It is however a lot smoother and a lot more regular in it’s structure.

NinjaFlex
The next material to be investigated was NinjaFlex.  This was my favorite material looked at. 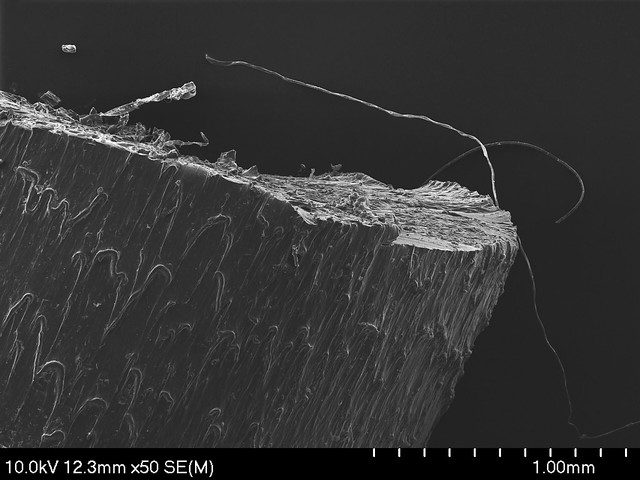 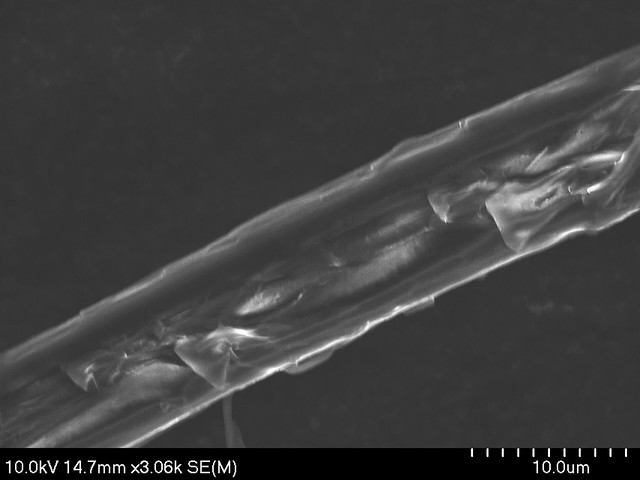 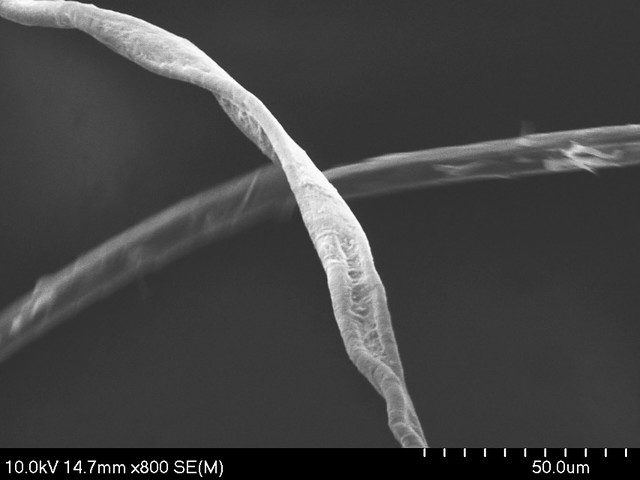 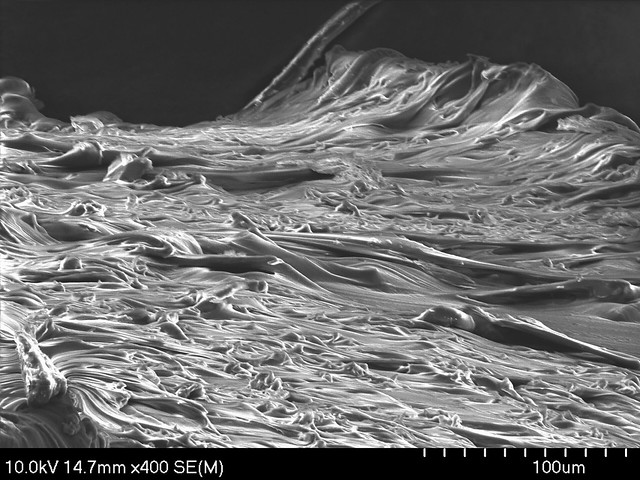 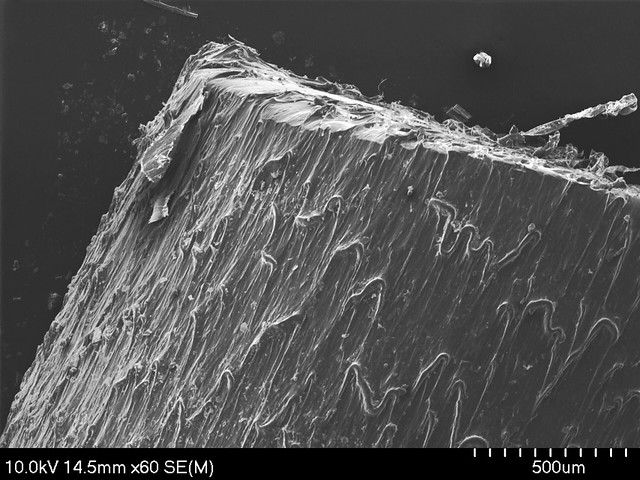 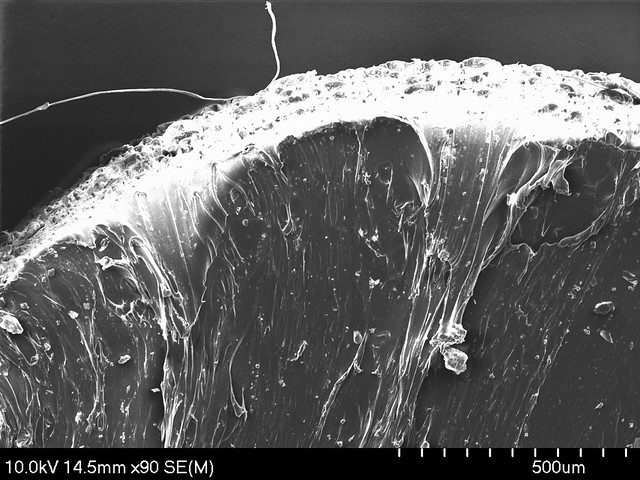 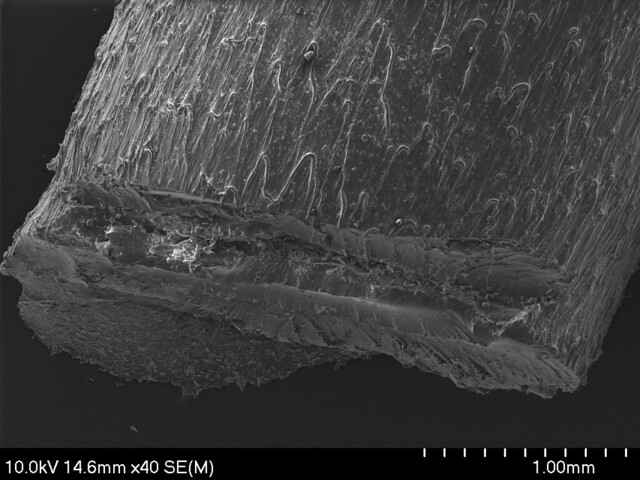 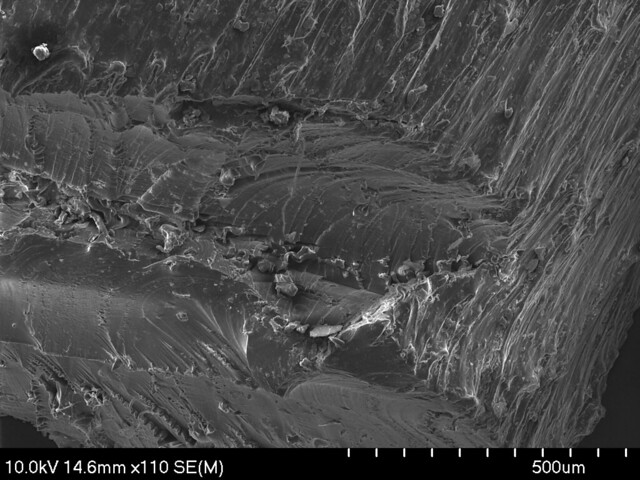 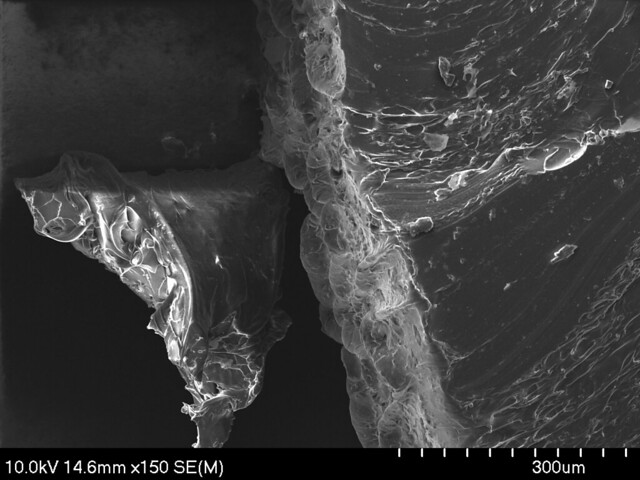 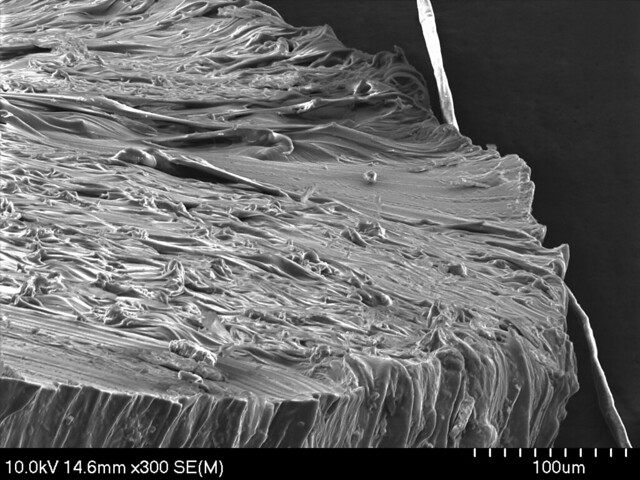 Interestingly, in a lot of these images you can see where the material was “dragged” inwards when it was cut.  A crevice can also be seen from a failed attempt at cutting.  The NinjaFlex seems quite fiborous, with numerous small strands coming away from it.  The inside however seems to be a fairly solid material, lacking the holes seen in the Laywoo-D3 and Laybrick. 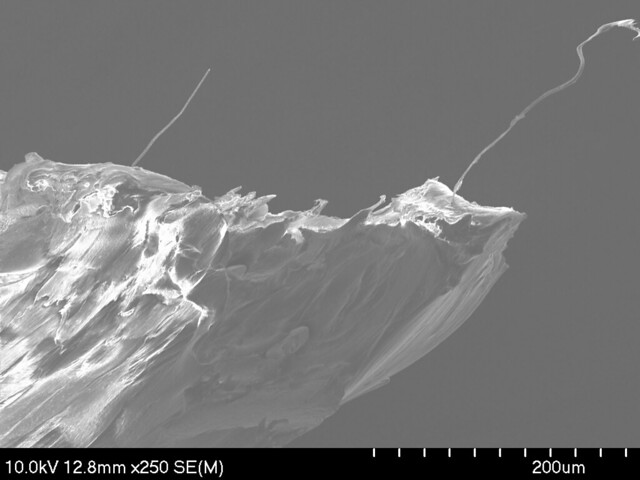 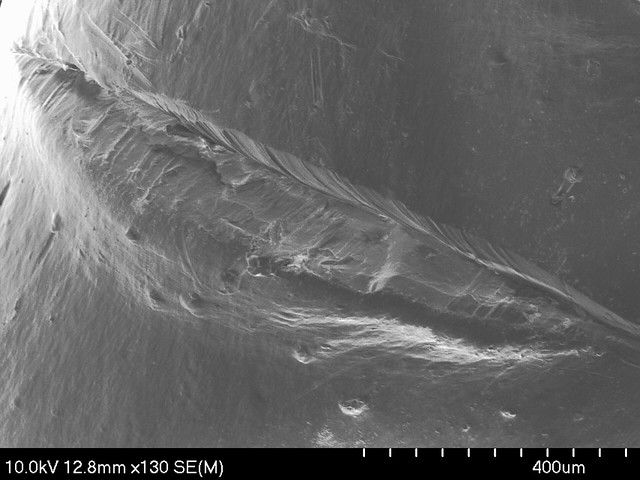 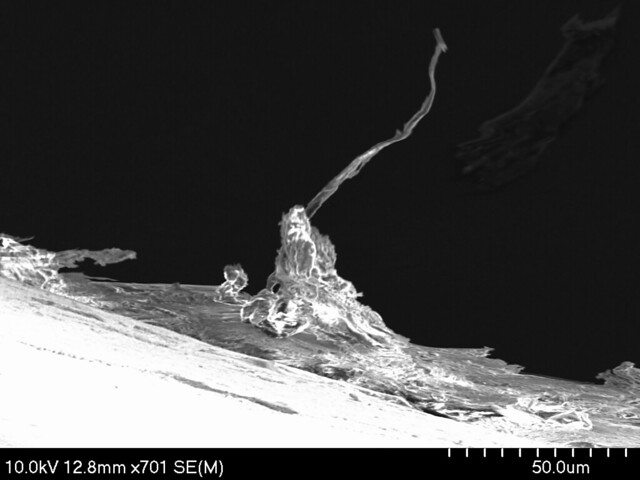 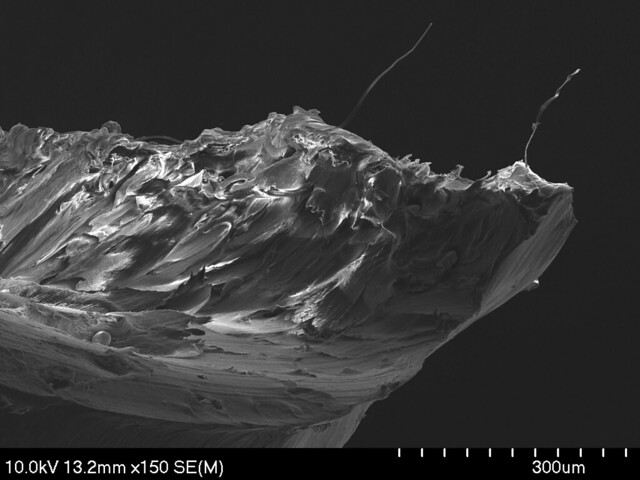 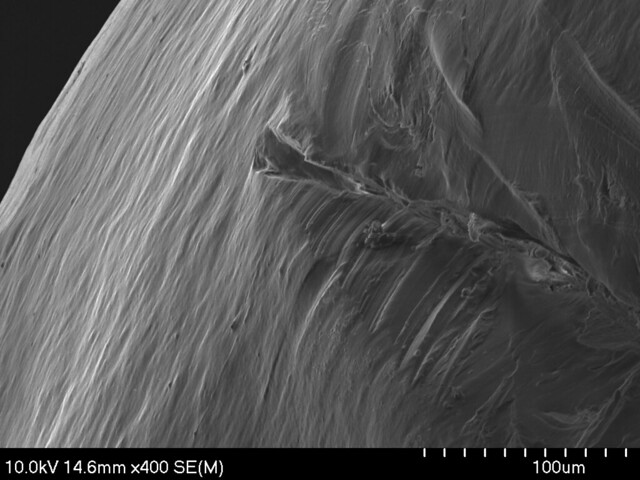 This material was fairly uninteresting.  It had a smooth exterior and a solid interior.  We were unfortunately unable to take any real “zoomed out” views of the material.

It was certainly an interesting trip, and I am hoping to be able to take more images in the future!