Once the UAV was capable of stable flight, it was time to add the capability of dropping the lure. To facilitate the drop, a HK15138 Standard Analog Servo from HobbyKing was used. This plugged directly in to the Outputs rail on the ArduPilot, and could be used once wiring was added to power the outputs rail. This required a battery to be connected to the UAV, so I could not test the actuator while the ArduPilot was being powered via USB. This also avoided the risk of brownout that is associated with attempting to do so. 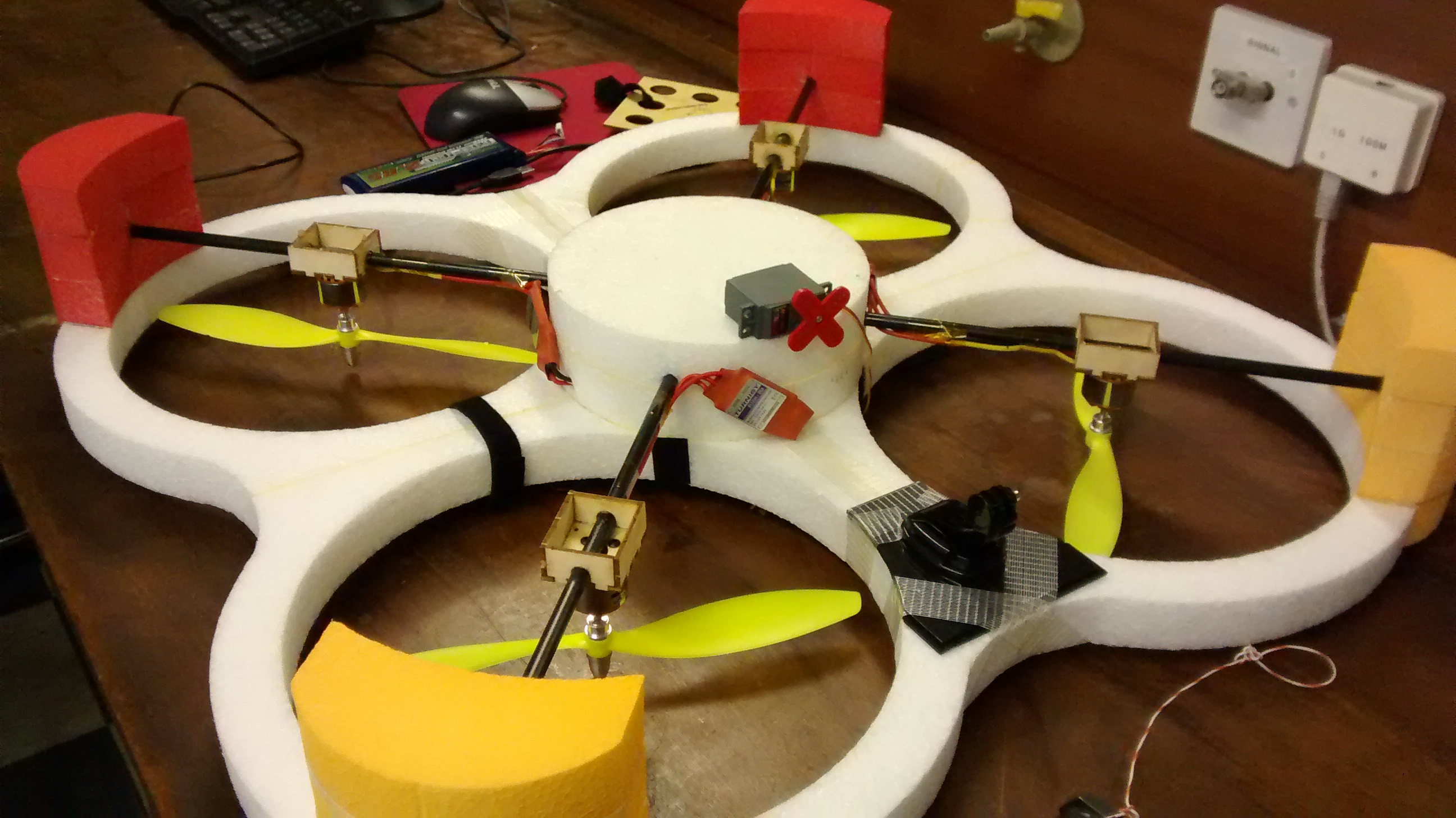 To simulate the weight of a lure plus a chunk of meat, a piece of scrap metal was used as a test lure. This was hooked over the actuator. The lure was then dropped by the actuator rotating and the loop holding the lure slipping off of it. 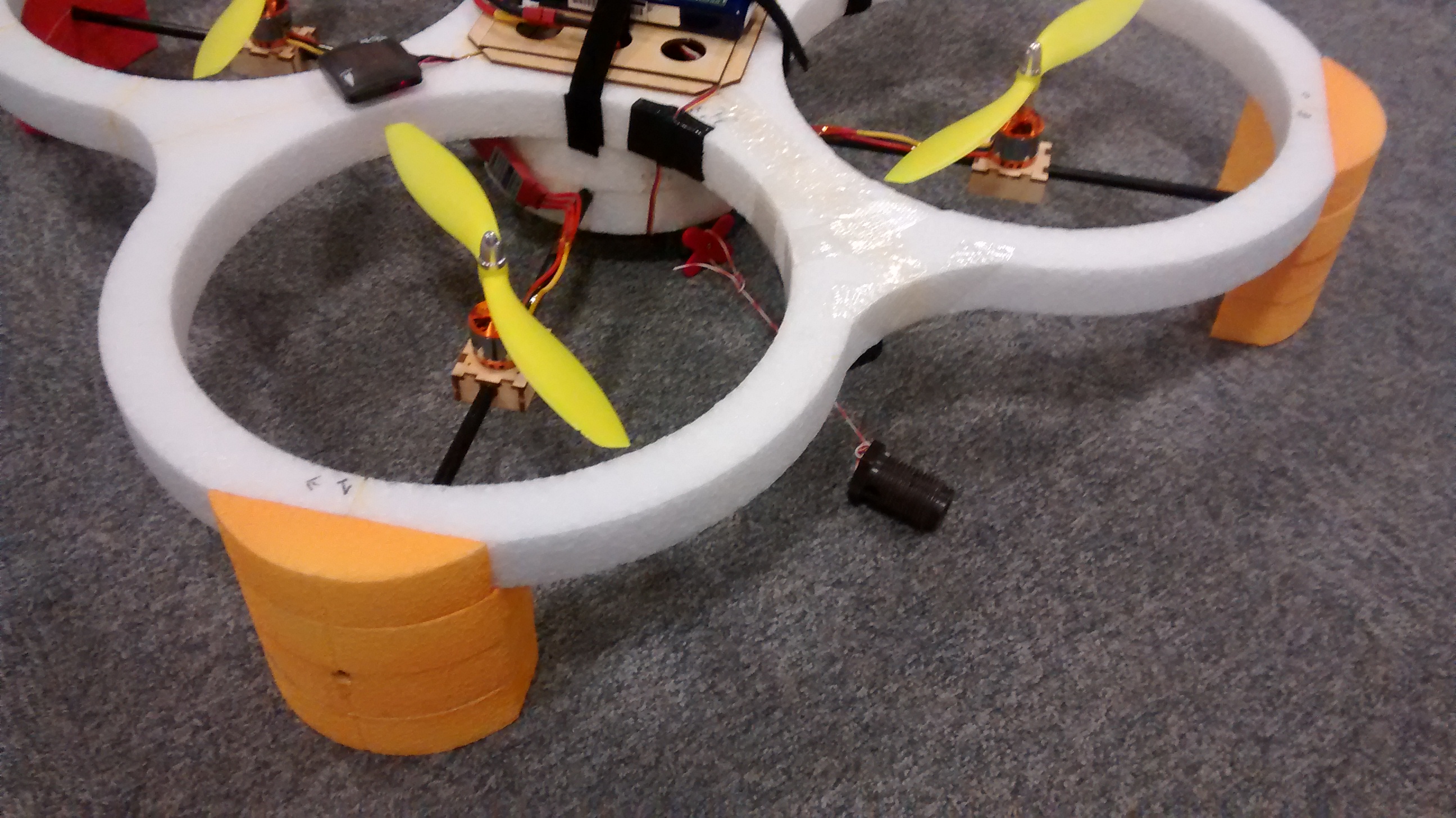 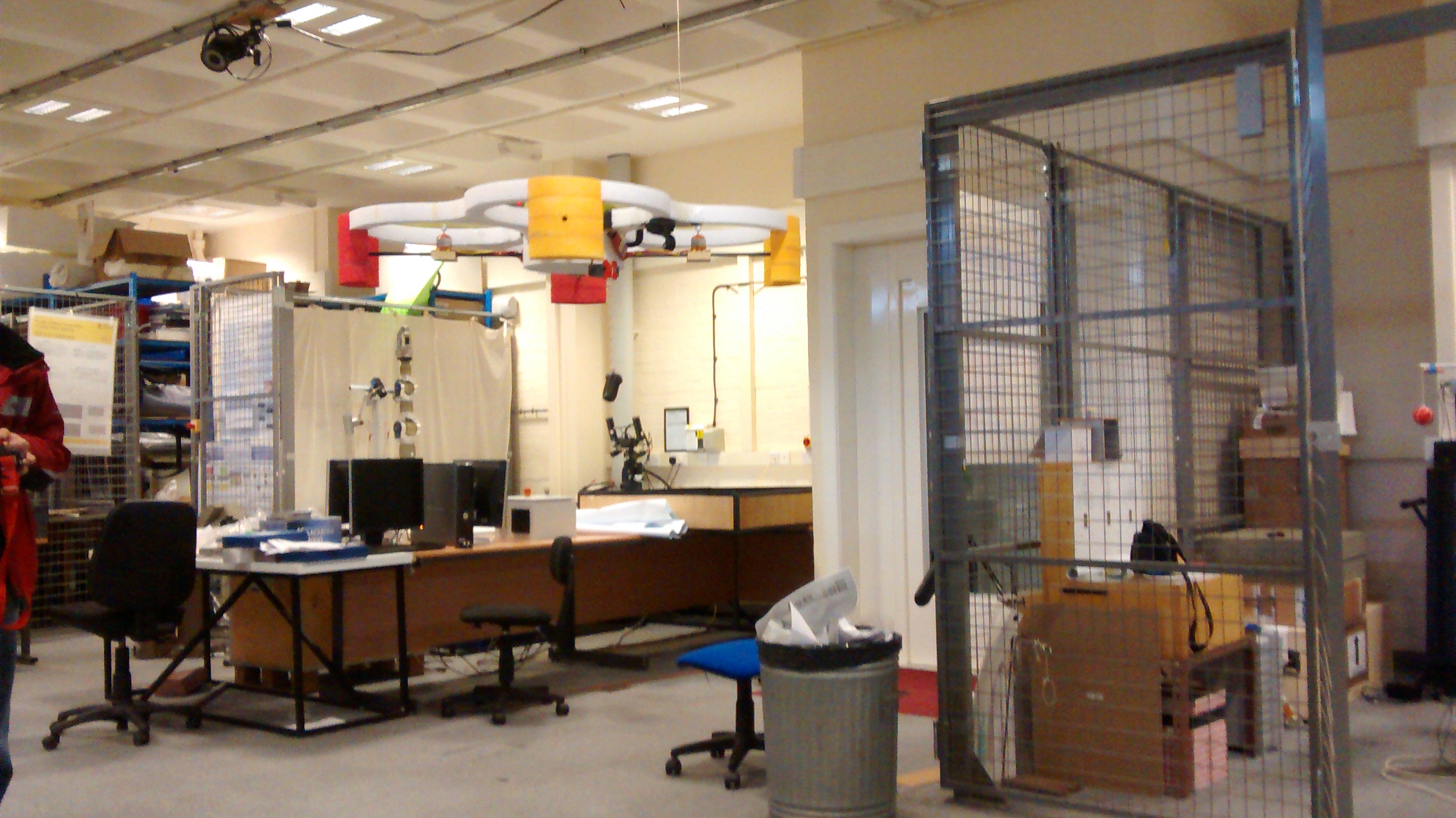 The weight of the lure did not cause any issues in the flight capabilities of the UAV. As soon as the lure was dropped the UAV did rapidly rise due to the sudden lack of encumbrance, but it remained level throughout. It is not expected that dropping a lure will cause any major issues in the UAV’s ability to fly.