I decided that I would like to finally attach my GoPro to the bottom of the UAV.  I cannot put it on the bottom center of the UAV without making some modifications, or else it would hit the floor when landing.  Because of this, I will be putting it to one of the sides.  I will likely be moving the current location of the battery to counter this weight, but I will still likely have to alter the trim values.  I took a look on Thingiverse to try and find a mount for the GoPro that I could 3D print.  I decided that this GoPro Cable Tie Mount (http://www.thingiverse.com/thing:155474) would probably work well, as it has a large plate for attaching to the UAV, so that it can be both glued and cable tied.  I will likely go a bit over the top in then attachment to reduce the risk of damage to the GoPro.  I prepared the model (including adding a raft/skirt, as it looked to me like the sort of shape that would warp off of the print bed partway through printing), and printed.  The print generally ran well, apart from the ridges at the top.  Due to how the layering of the 3D printer works, these were quite weak.  One broke off during the print, and the other 2 came off slightly after. 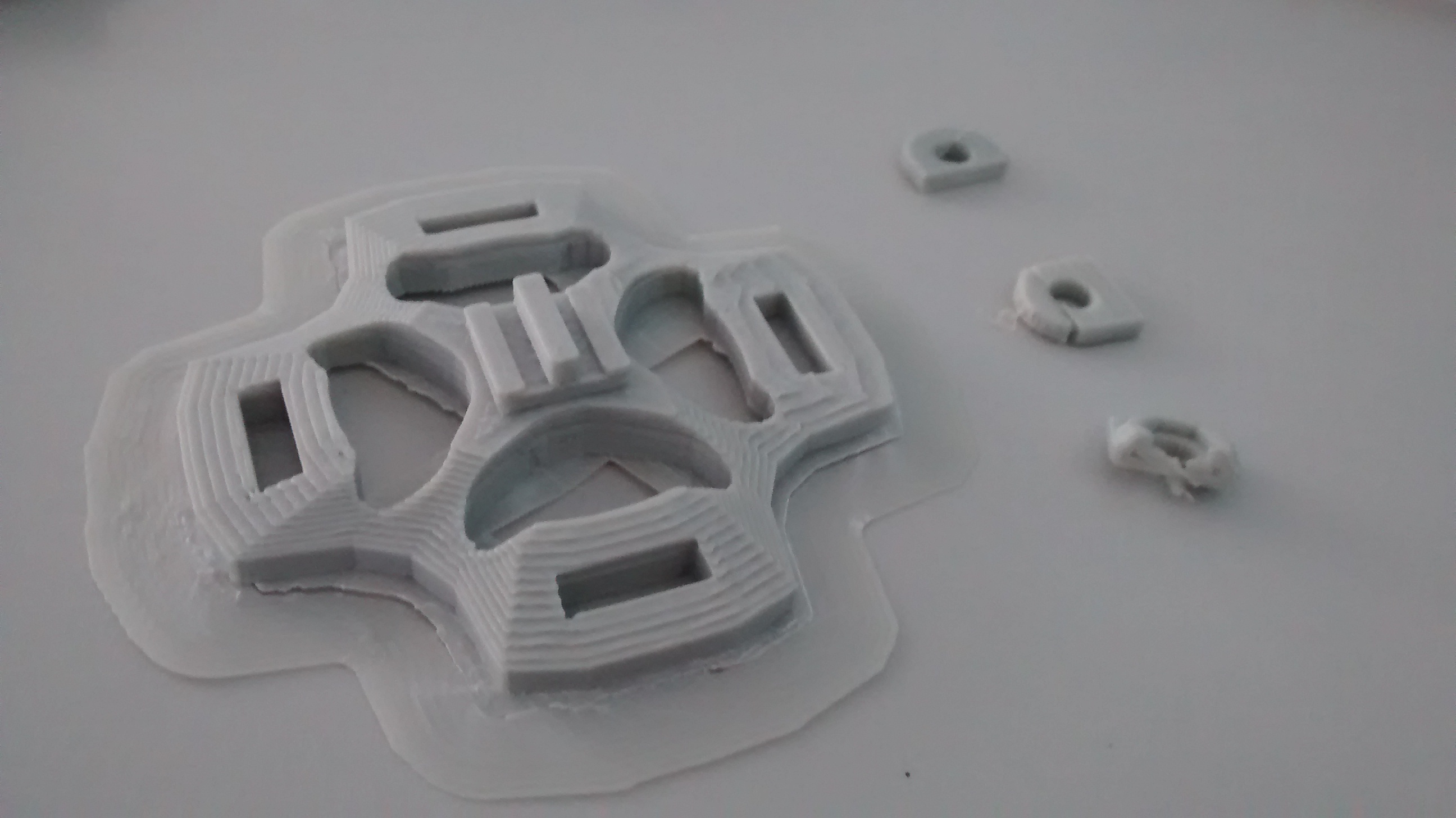 Using epoxy to reattach these does not seem as though it would be sufficient.  As they are printed vertically, they have lines of weakness running laterally, when ideally for the sort of stresses they will experience they should be printed longitudinally.  This is however an awkward position to print these pieces in, even if they were sliced off of the main model.  I could put some support material in between the ridges to allow for horizontal printing, but it seems likely that it would come out as a very messy print and be a complete pain to clean up.  These ridges will be present on any model that is designed to hold the GoPro in it’s case, and I would much rather it remain in it’s case in case of a drop.  The GoPro does come with some mounts designed for connecting with the hard case: 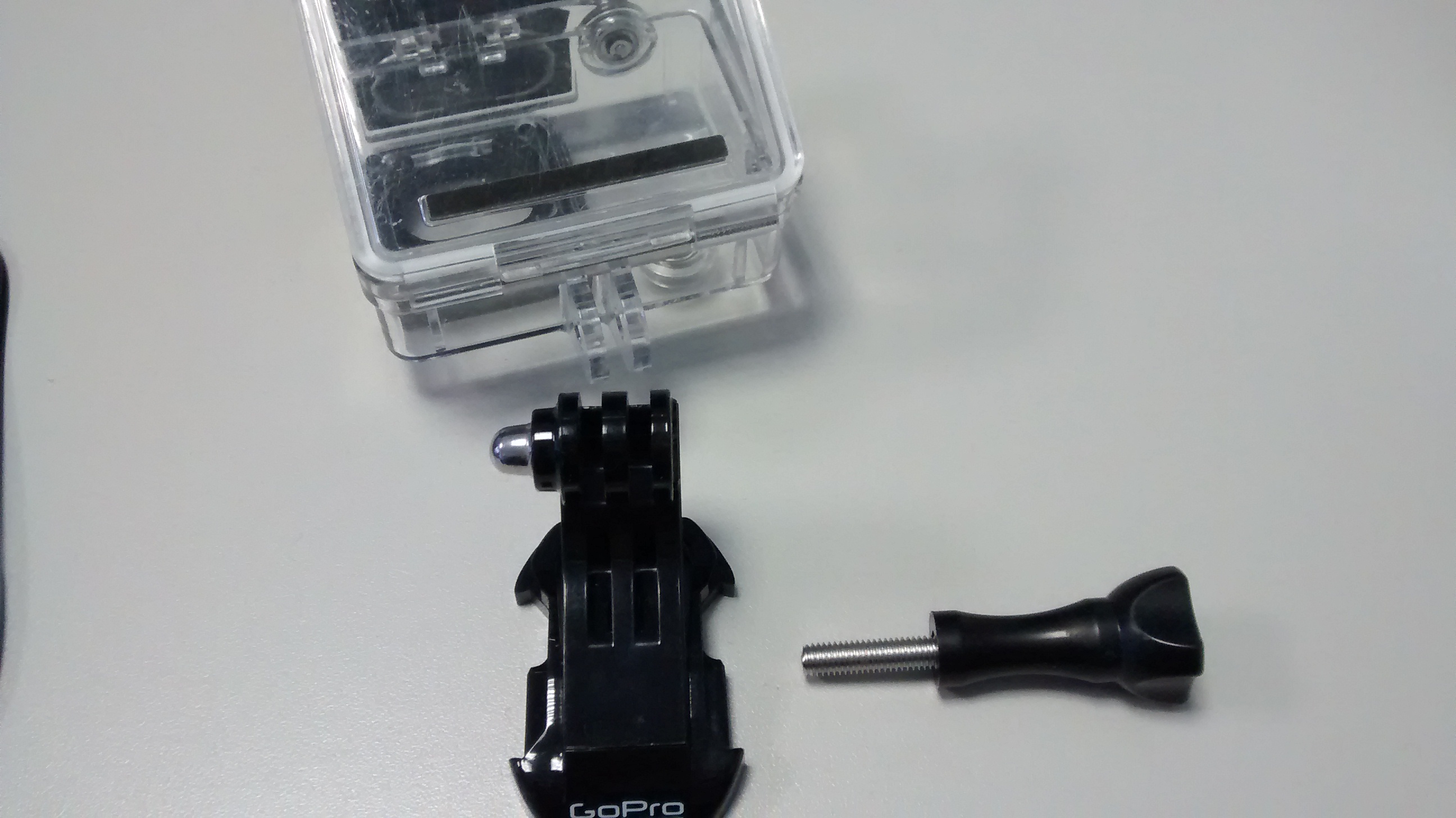 This does not have any holes that zip-ties can go through, and will probably be a lot more difficult to attach.  However, it may be worth it for the added security against the GoPro being dropped.