Getting SITL to work

I have been following the instructions on http://dev.ardupilot.com/wiki/simulation-2/sitl-simulator-software-in-the-loop/setting-up-sitl-using-vagrant/ to try and set up SITL. I had some issues with getting a VM to run, as I received the following error: “VT-x is disabled in the BIOS”. I found that this should just be a matter of changing a BIOS setting, and attempted to restart. However, my laptop (Lenovo Flex running Windows 8.1) refused to go in to the BIOS. From researching this problem I found that when I try to restart my laptop, it does not in fact do a real restart. This is apparently a feature of Windows 8, rather than a bug (http://support.lenovo.com/en/documents/ht076906). I found that I had to use the very convoluted UEFI Firmware Setting restart (which is not navigated to in the manner described on the previously linked web page) to get in to the BIOS. I have already found changing settings on Windows 8.1 to pain during this project. When I was trying to install some MAVProxy software, I found that Windows automatically blocked it due to it having unsigned drivers. Evidently gone are the days of displaying a warning on unsigned drivers that allowed you to accept/deny them, instead of a blanket denial. After using the bizarre restarting process to change these settings, I found that my computer now auto-accepts all unsigned drivers, without so much as alerting me to the fact that it has accepted them. I really don’t understand what was wrong with the previous system, and am assuming that Microsoft is trying to punish people that are not using proprietary software.

So, after changing the virtualisation settings to allow me to run the VM, I made another attempt at running the commands given in the guide. At this point I realised that I do not have any software capable of SSH installed on this relatively new laptop. I have decided to install PuTTY, as I have used it before and recall it being not too difficult to install/use on a Windows machine. I found that PuTTY did not like the private key provided by Vagrant. So, on the advice of a colleague, I downloaded PuTTYgen and used this to convert the provided key in to a format acceptable to PuTTY. After this I was able to connect Vagrant via SSH. I decided to run a test of “make SITL”. I discovered that it takes a very long time for this command to run. Once I had this done, I was able to run the sim_vehicle.sh command to begin running the simulator.  Oddly, MAVProxy seems to have issues with connecting to the simulator, whereas Mission Planner does it with no issues: 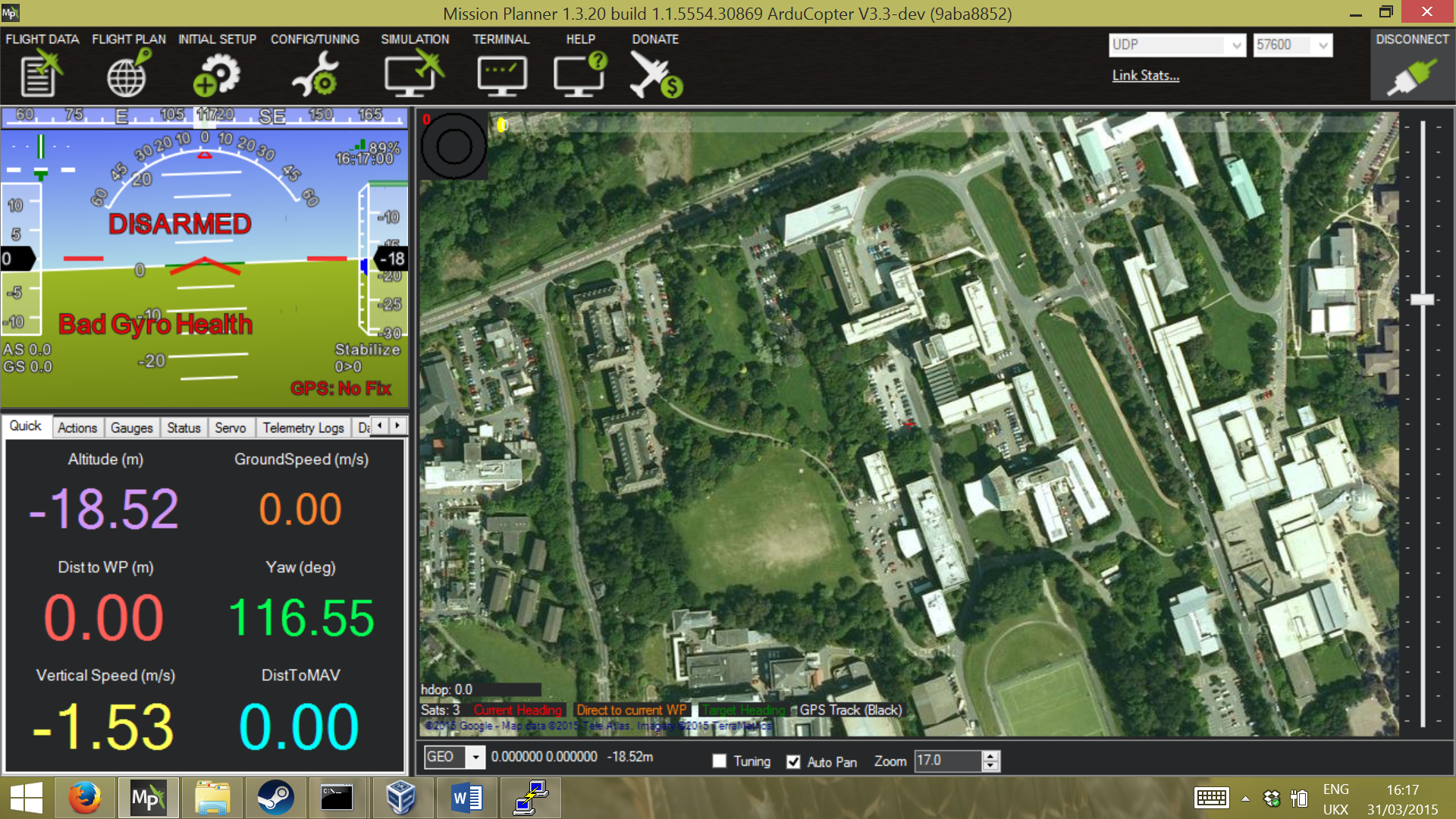