Organising and running an event

Last week, I helped to run the AberPreneur Challenge.

Every year there is a National Apprentice Challenge, in which Universities send groups of 4 students to compete in sales/marketing challenges reminiscent of those seen in the event’s namesake’s television show.  As Aberystwyth University could only send a single team of 4 to the event, we held a miniature version of the event to decide who to send.  We recruited 16 students (4 groups of 4) of current students to take part in the event, which was run in collaboration with our local Barnardo’s charity shop.  I arranged this aspect of the event, as I have been volunteering in said shop since my second year of University.

To help advertise the event, I tried my hand at graphics design.  Although I used Microsoft Word templates, I am still pleased with how my design looked: 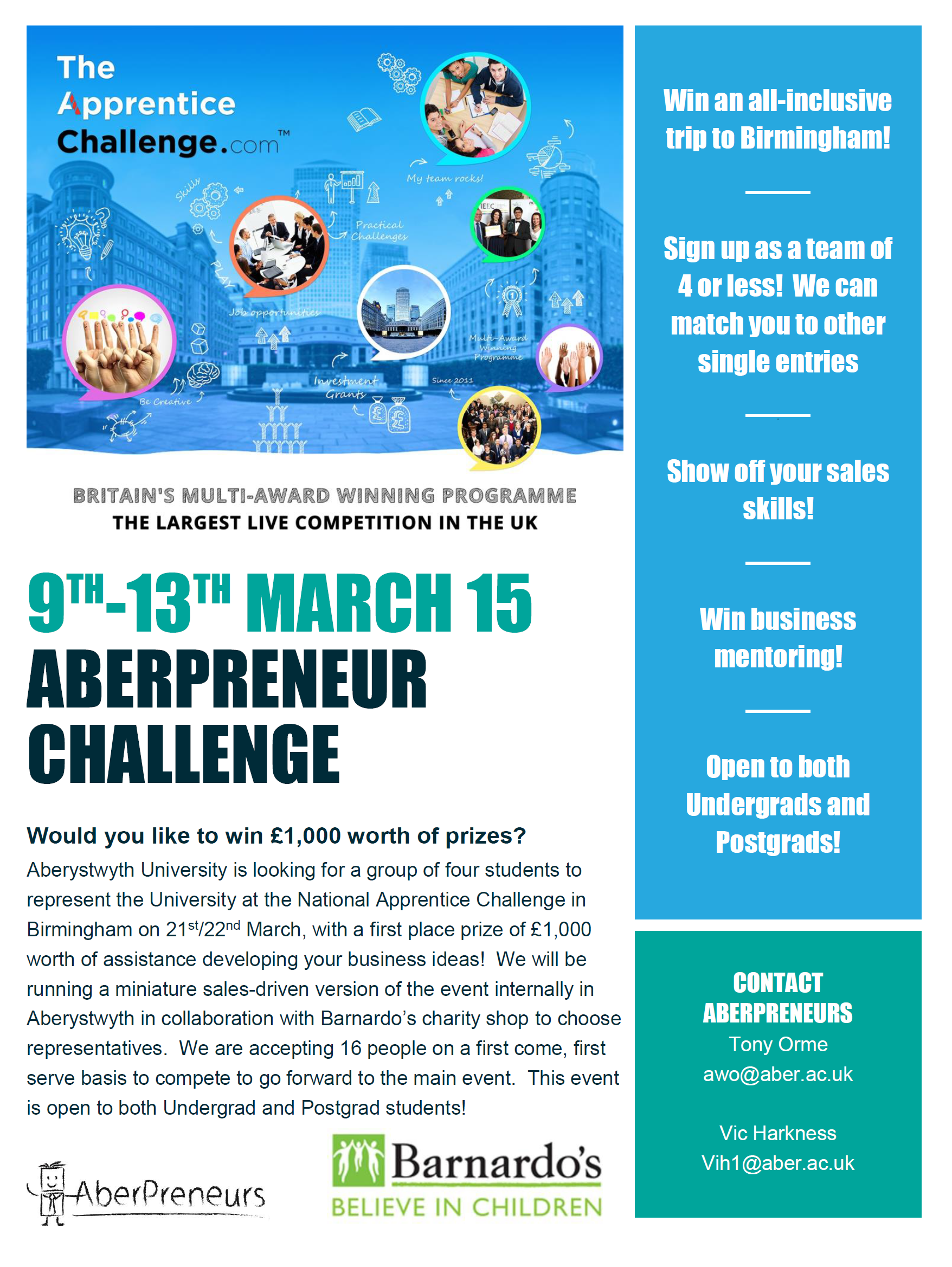 We succeeded in getting 16 participants in the event.  3 were groups that knew each other already, one group was made up of people matched together.  The groups were randomly assigned departments within the shop (menswear, womenswear, children’s wares, and women’s accessories).  The groups then had the challenge to increase the venue of their department over the week.  On Monday the groups received their initial briefs in the store, Tuesday was for setting up, and Wednesday-Friday were days in which sales were recorded.  As the menswear department was re-arranged 5 weeks ago, we decided to just look at the past 5 weeks of sales figures.  The increase in sales was considered as a percentage increase on previous sales values, as some departments naturally generate more revenue than others due to their size.

Helping to arrange the event was quite challenging, as I was doing a lot of liasing between the University representative and the manager of the charity shop.  I also spent large amounts of time working in the shop during the week, as the charity shop manager did not wish to leave the students unattended on the shop floor at any time.  It was certainly a challenging week to help run such a large event, but I feel that I have learned a lot about organising people and event management in general.  One of the main issues I had during the week was timings.  Local photographers and a local magazine were all interested in documenting the event, but I had issues arranging the times at which to do so.  I found that if I asked the groups what times they would be in the store, those were the times I could guarantee they would not be in the store.  Thankfully, one of the photographers lived locally and gave me his mobile number so that I could text him when the participants appeared.

On the Friday, the children’s wares group managed to borrow a bear costume, and tried to persuade parents and their children to come in to the store.  As Friday was an Inset Day (as well as Red Nose Day), there were many parents with children in the town.  This most likely contributed a lot to their sales figures, and in the end the children’s wares group generated the largest increase in revenue.  They also performed well as a team in the eyes of the Barnardo’s staff, and so have been selected as the group to represent the University in the main event.

Although this week was very fun, it was a lot of hard work!  I would certainly be happy to try and organise such an event again, but perhaps try and take a more hands-off role during the actual event.

UPDATE: A short article on the event featured in the local magazine, The Ego: 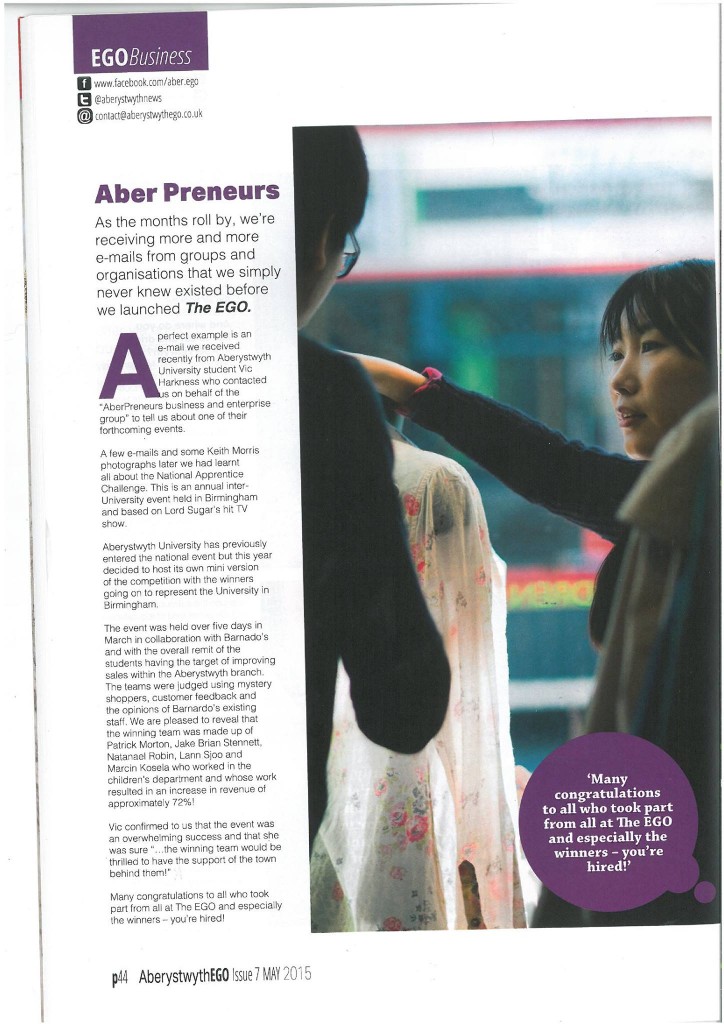